It was a day off and we were walking across town during the day when people were around and the city was active and the heat was not oppressive. 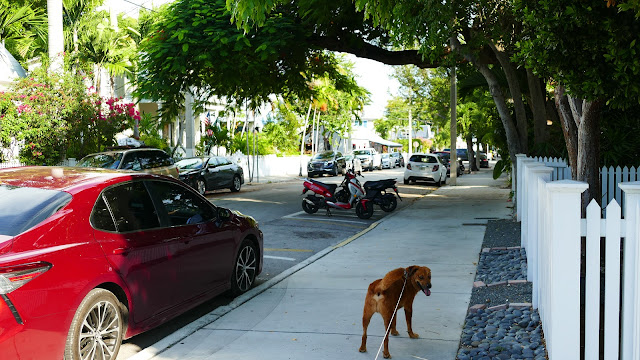 There were people on the streets. 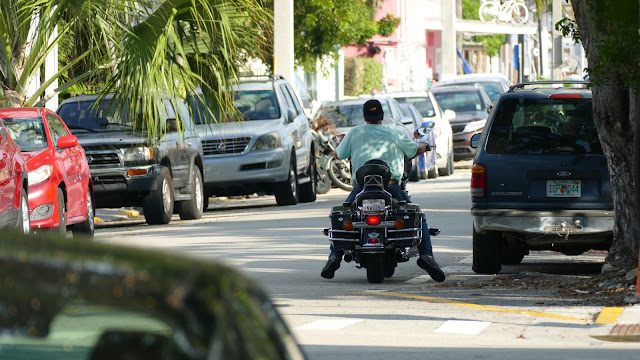 And I got to see the city by sunlight. 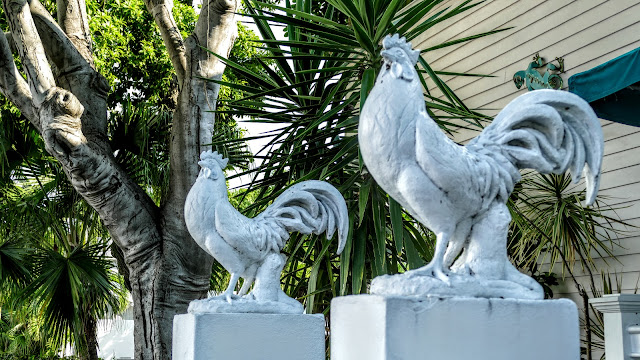 September 9th I am being moved to dayshift, mixing up my life a little in service to the omnipresent work God so I wonder how I shall spend my lunch breaks. Doing this perhaps... 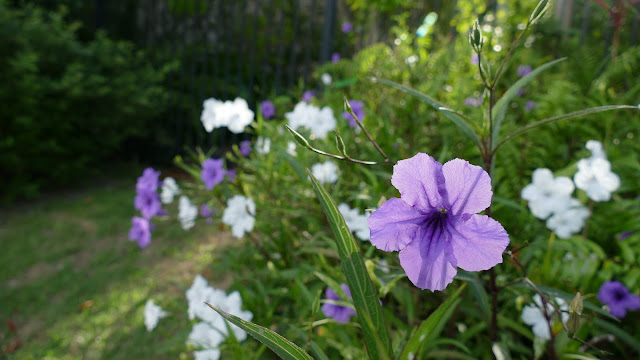 Workers were out working as Rusty and I walked: 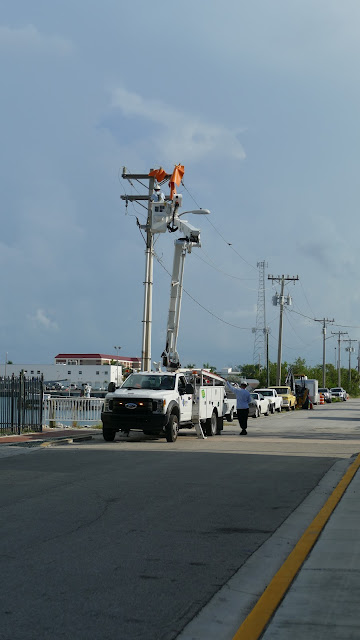 The coast guard station across the water on Fleming Key: 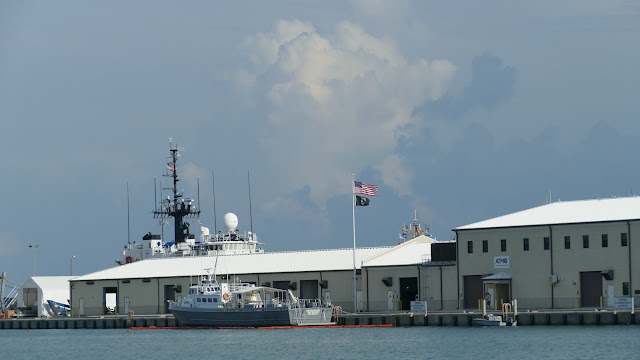 And on this side of the area formerly known as the Toxic Triangle we found our way to the newer dog park, an open space of well worn grass: 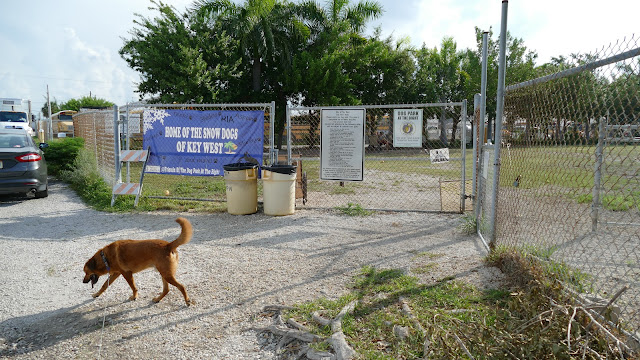 Where Rusty met a dog and I met it's owner a relatively new arrival in Key West who looked at the camera around my neck and fell for my disguise, assuming I was a visitor. I felt obliged to it him straight as we were alone in the park and I saw my immediate future requiring me to converse with him. Truth is better than fibs under these circumstances though when people wave around their longevity in Key West as a badge of honor I rarely get in a pissing contest with them. There's no percentage in arguing with someone who knows all there is to know about Key West. 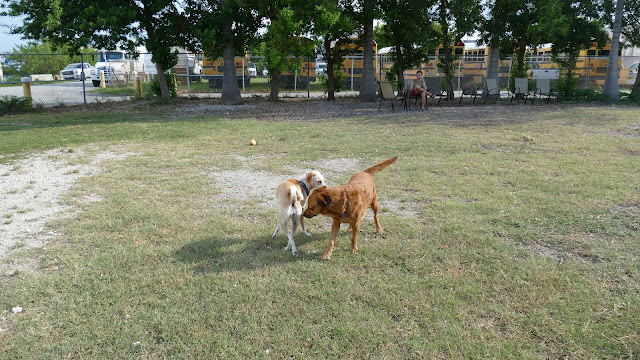 The millionaires' apartments at the Steamplant Condos were created out of an actual electrical generating plant which spewed noxious fluids into the harbor next door, across the street. Hence the term Toxic Triangle. I told the story to the dog owner whose eyebrows went up a bit. You wouldn't know today what a stew we used to tie off our boats in all these years ago. It was a free mooring which made all the difference in our young minds. times have changed. 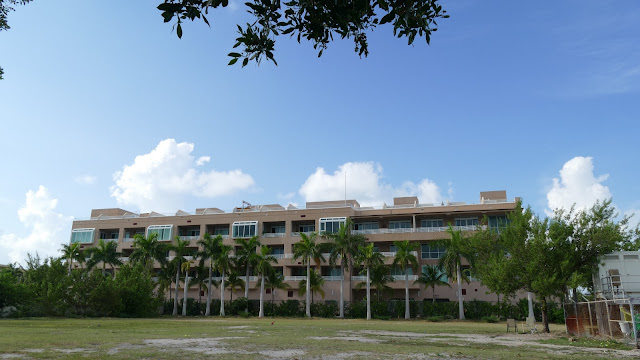 I wandered off after a while and spotted a classic Honda Helix scooter. There are you may be surprised to learn, numbers of scooter riders who go ga-ga over this elderly example of the scooter maker's art. Beats me why but there it is: 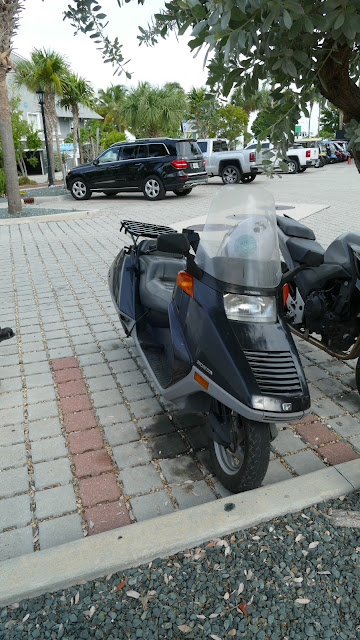 I have discovered you can find color in the oddest places in Key West, including the parking garage of Grinnell Street. 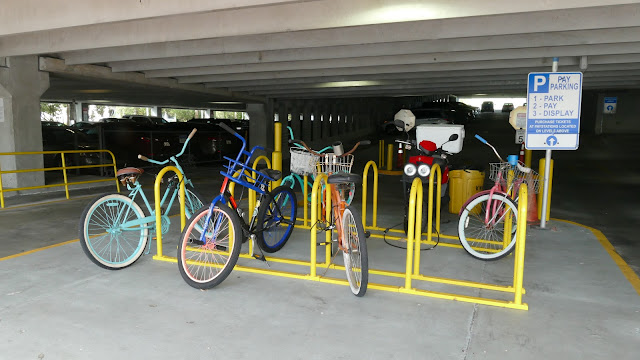 Which reminds me its been a while since I went to the top floor and poked my camera across the city roof tops. So many things to do when I move to day shift next week.
Posted by Conchscooter at 12:00 AM No comments: