Wide streets, lots of greenery and ample off street parking. It must be the Casa Marina district, an area not strictly defined but best described as well heeled. 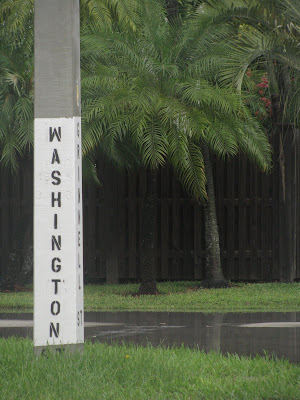 Well heeled it may be, but Mother Nature makes no distinctions and like the good book says rain falls on just and unjust alike. And floods their streets too. 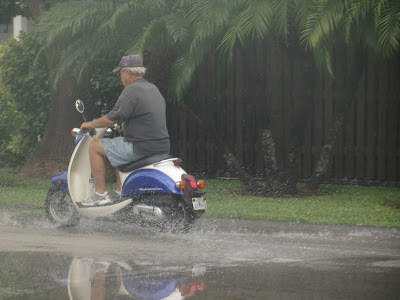 More room means more stuff, like trailers with room to be parked. 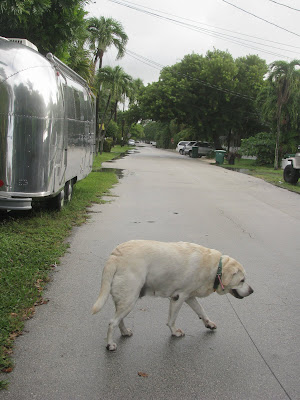 Jeeps are popular vehicles in Key West which seems odd to me as of off roading there is not much, not any to speak of. A 14 mile-per-gallon vehicle will bring tears to your eyes on a round trip to Miami if you like to visit Costco or South Beach or the opera or something. 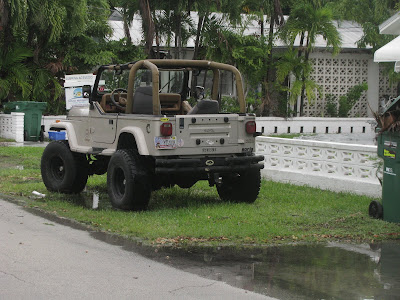 There is more than one of these parking signs in the city. Always appropriate. 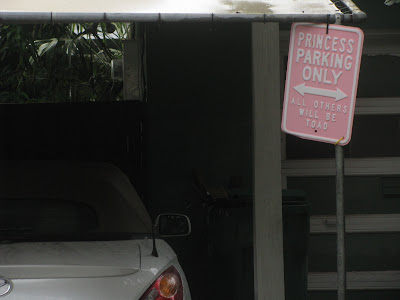 It's a big house in Key West when the boat trailer is a speck on the landscape. 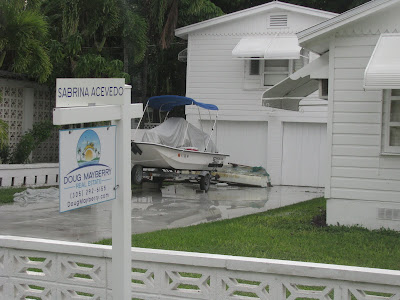 Dates ripening, an attempt doomed to failure around here. Not hot and dry enough, I'm told. 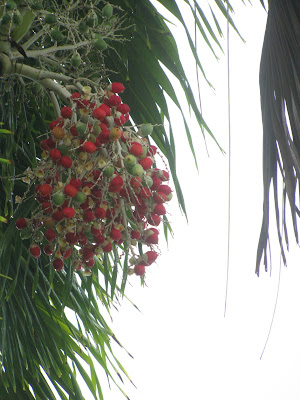 Some houses manage to look quite fancy around here. 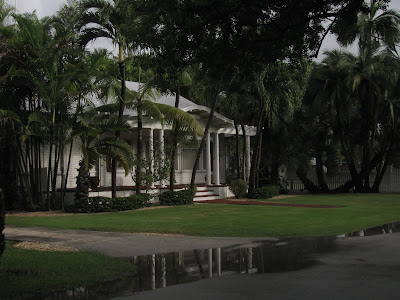 Others go for the down home look with seasonal pumkins. One of the off kilter things about living in the Keys is the insistence on importing seasonal holidays that make no sense. Quite aside from the absence of agriculture and therefore harvets to celebrate, pumpkins have to be imported so they can be carved. 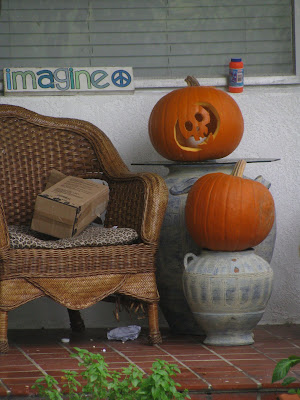 On the other hand the absence of agriculutre doesn't mean Thanksgiving should go by the board...not if it involves food. This mailbox below might, or might not have outgoing mail in it. Depending on whether or not you consider the flag to be up or down. With any luck they will have incoming mail and the mystery will be solved by a firm postal hand. 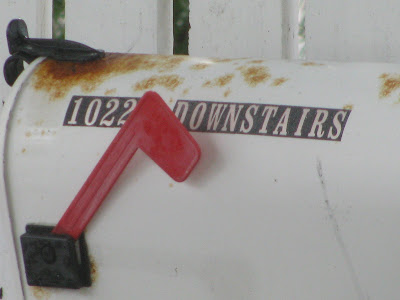 You'd think that with so many people riding bikes and scooters, and walking around, there would be fewer cars around. Yet they seem to proliferate in the rain like mushrooms. 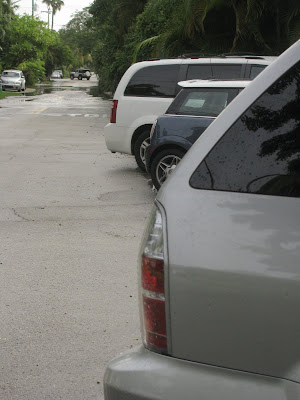 Speaking of rain Cheyenne found a useful puddle along the way. usually she seems to prefer them more tannic, tinged like tea by leaves and mangroves. 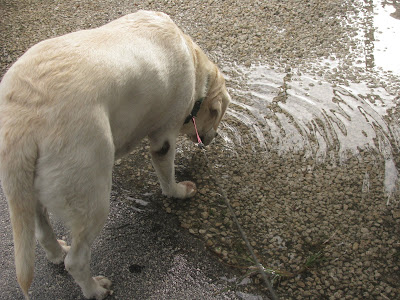 House and palms under the sun. For Sale. Permission to dream granted. 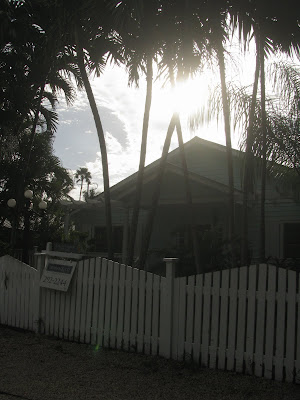 On a more grand scale: 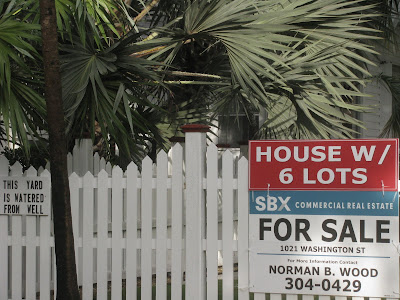 The note about the well water on the left refers to last years watering restrictions. Watering from wells wasn't allowed either on the grounds that wasted water was wasted and everyone would I suppose claim well water if they were caught watering. 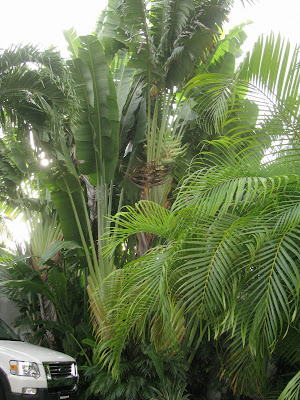 Key West, land of the excessively massive bushes, above, and some large houses below: 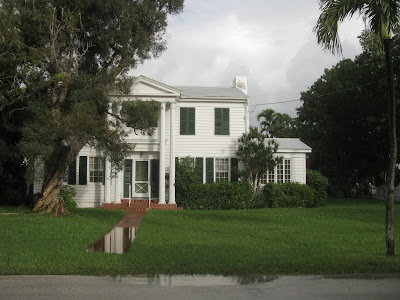 In addition to the doric columns this mansionette also boasts a chimney. 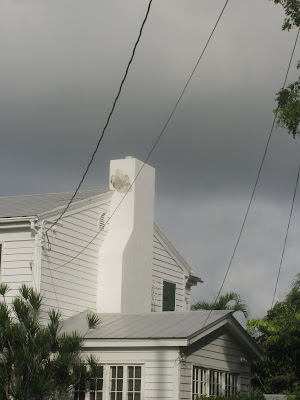 Which we hope will see little use this winter. A repeat of last winter's prolonged cold spell, which chilled Key West quite effectively, is something I do not look forward to.
Posted by Conchscooter at 12:01 AM 10 comments: Links to this post