Summer seems to be here, after a much prolonged cool season with strong winds and chilly nighttime breezes. I'm not sure how much time Rusty will be wanting to spend outdoors midday for the next few months but I took him downtown early in the morning on Monday.We hadn't been to Key West together ina while and I like getting up early after my nights off. 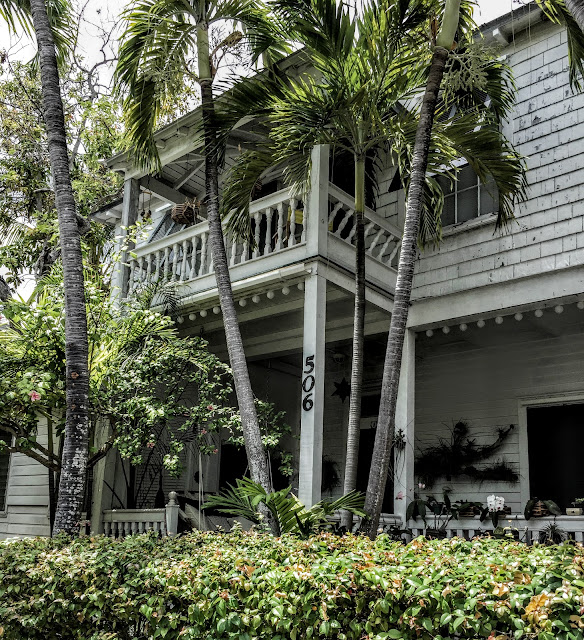 I was looking at the typical wooden homes of Key West, picturesque and pretty, like Chuck's old home shown below with the decorative bicycle his daughter painted. I believe he lives in the Sierra Nevada mountains now in California these days and I can't imagine more of a contrast. For someone who likes living in Old Town this would be a good spot, a lovely wooden home, quiet neighborhood but close to the action. 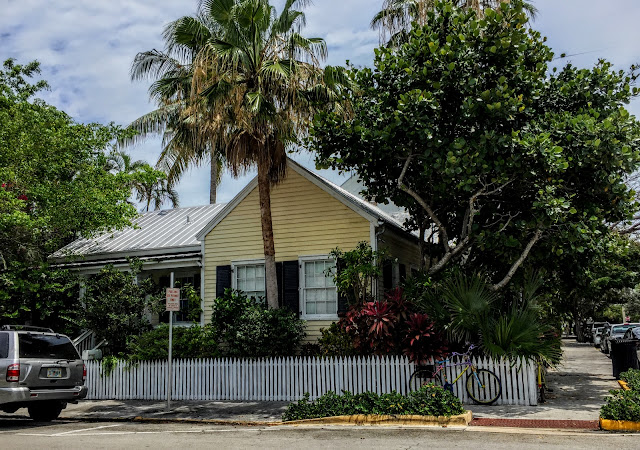 The city has been setting up a bold new bicycling program to get more people out of cars and the program is being received rather coldly by the citizenry in a  town where parking is at a premium and streets are narrow. Part of the program is to clear racks and sidewalks of abandoned bicycles. I think that part seems to be working. I never knew the racks outside Eden House on Fleming were owned by the guesthouse. I thought the inscription was rather cool: 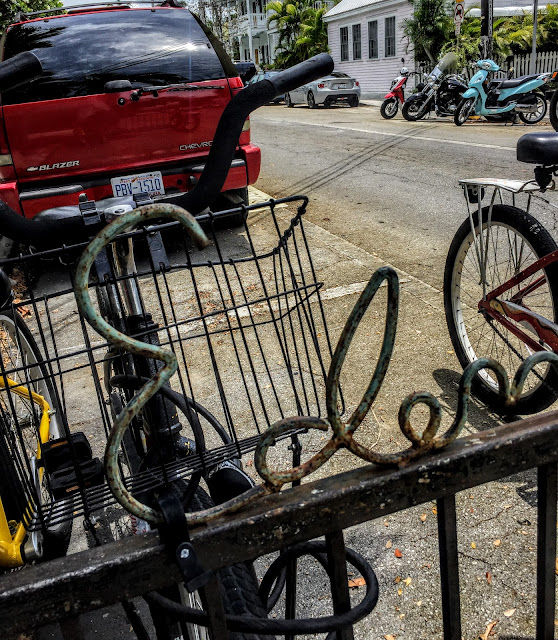 You  might think Key West could find a better way to build than with wood. This picture from the web shows Duval Street after the  October 11th 1909 hurricane, before they were named,  and the damage to wooden buildings.
There are some brick structures in Key West but bricks are heavy and expensive to ship. Some bricks did come out of ships where they used them for ballast but for most people homes had to be built out of wood which was cheaper. 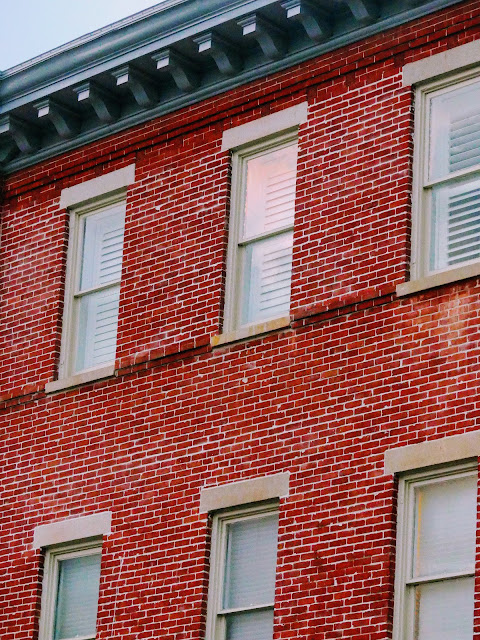 Nevertheless there are some brick buildings to be found if you look around... 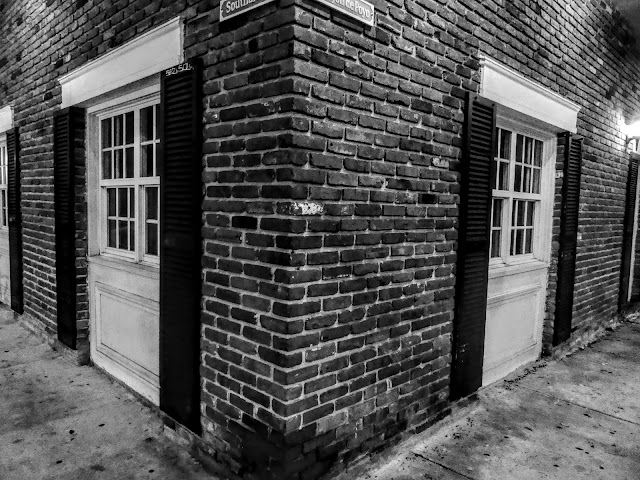 The more usual adornment on the wooden homes, built from  ships' timbers they say was the deck at the top, the widow's walk where wives hoping not to become widows could look for their husband's returning ship. 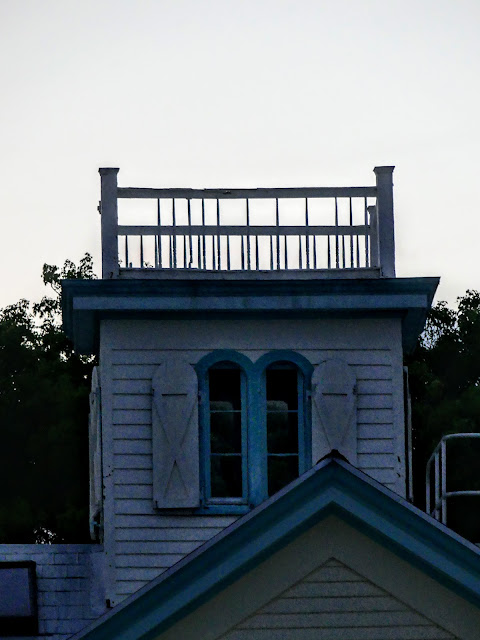 Nowadays they seem blisteringly impractical under a blazing sun. A long way up to carry a tray of drinks.And if you want to know the status of ships there are better ways than looking for them, oddly enough.
Posted by Conchscooter at 12:00 AM 1 comment: