I woke up unexpectedly at 2:30 this morning and lay silently in bed hoping to fall back asleep. By 3:00 am Rusty had figured out I was awake and he started yawning loudly, his way of demanding attention. My fate was sealed. 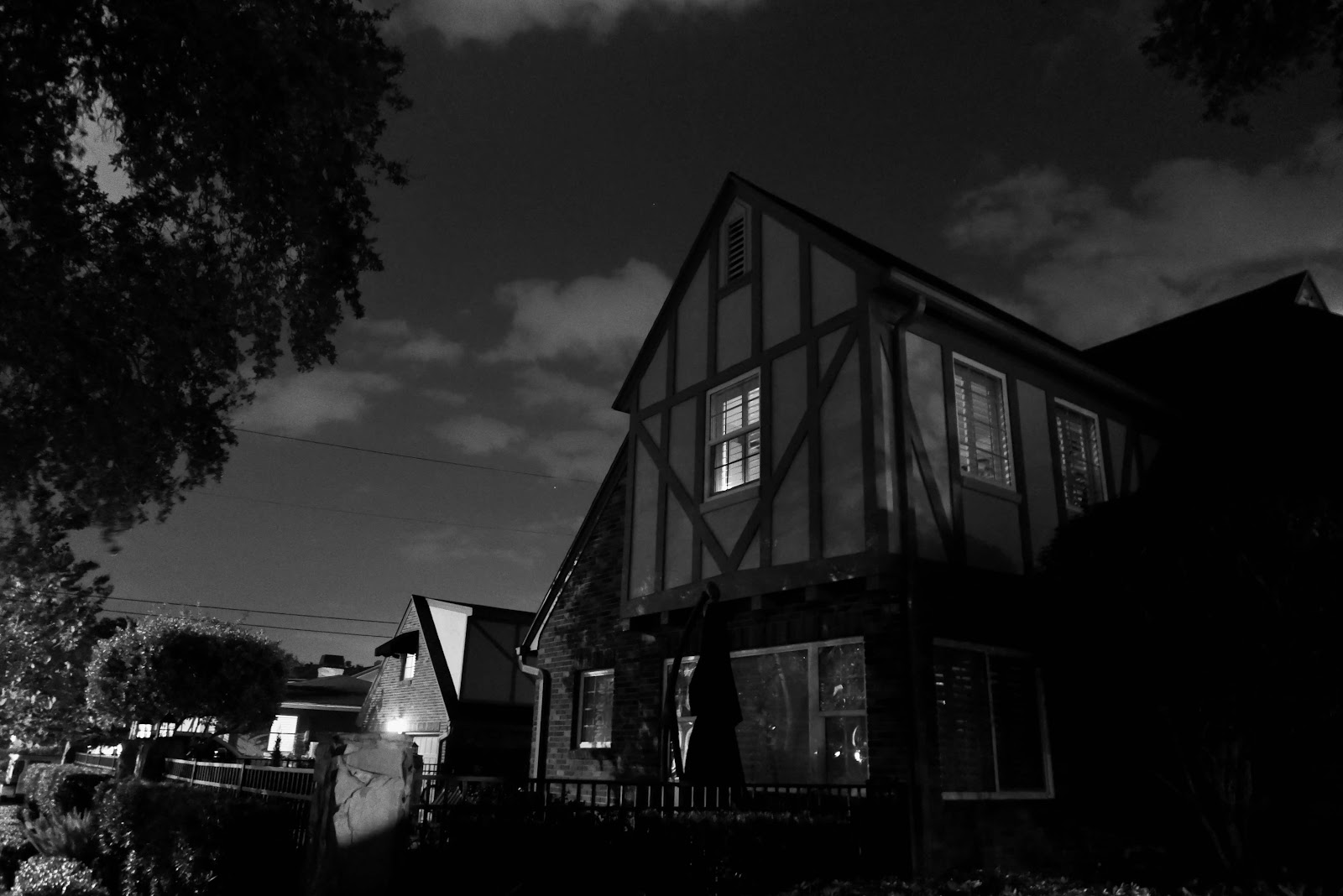 As I fumbled in the dark for my socks and sneakers (my Crocs were locked in the van outside) my wife woke unto a ghastly charley horse in her leg, so I was absolved of any blame for waking her. Eat more bananas I said as I slipped out into the night. Trader Joe's sold us some nananas that appear to be going from green to dead with no intermediate edible stage so -joy - more shopping may be on the schedule. Retirement is one tough option after another busy day. 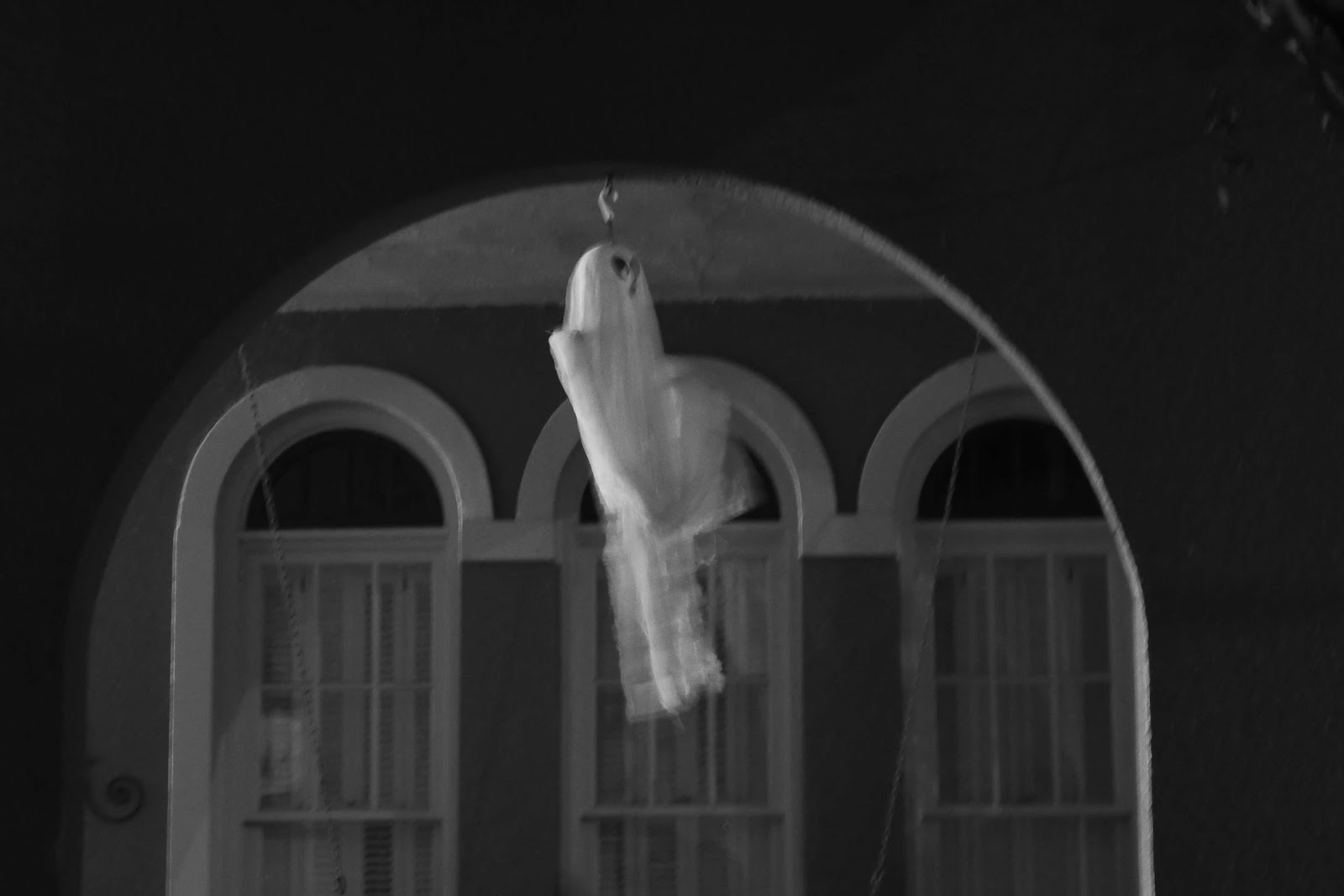 There wasn't a soul about on foot (I think), and only one car sped down the 22nd avenue corridor to some improbable destination. Rusty walked ahead as though he owned the neighborhood, which he did for a half hour. 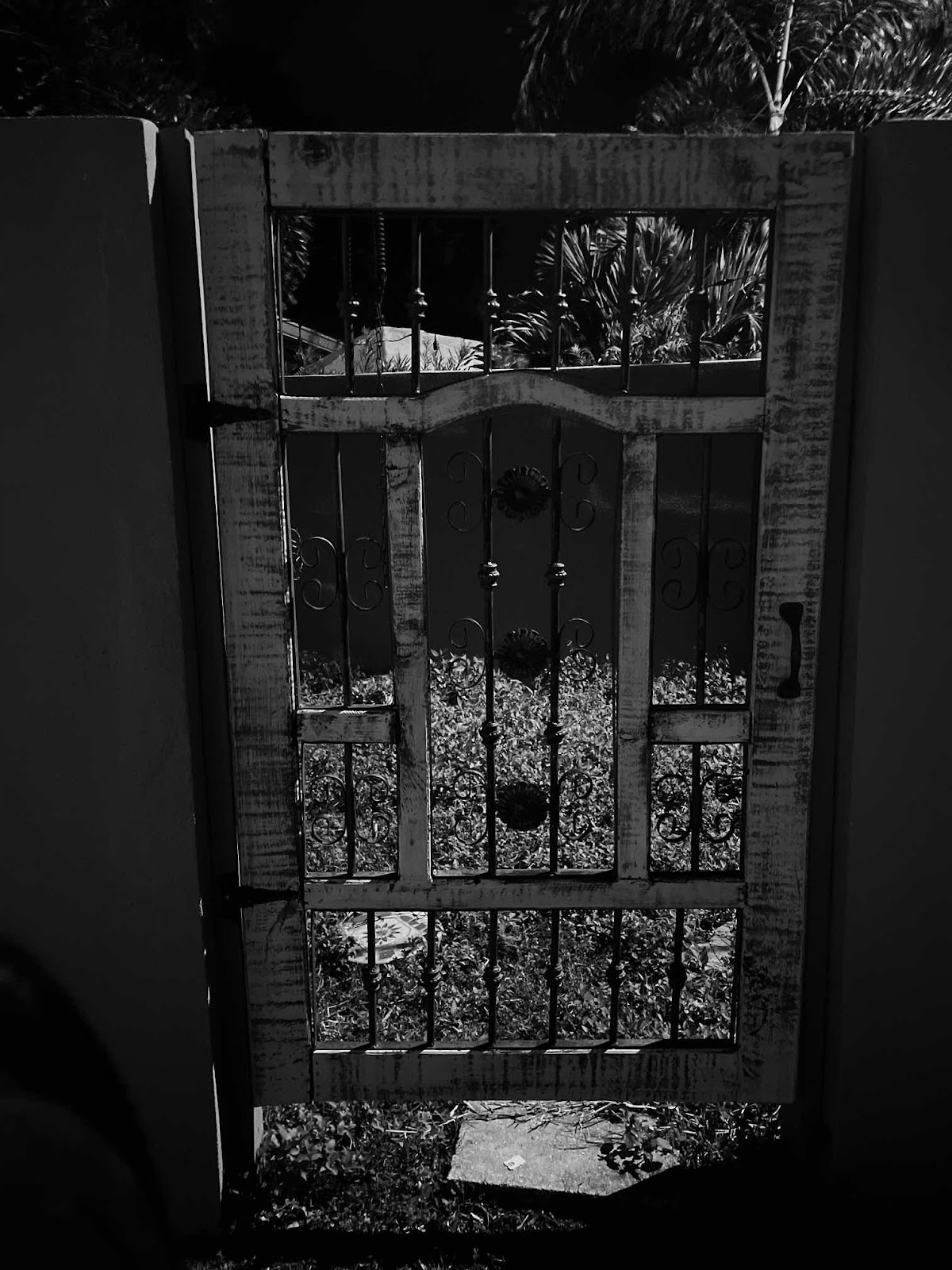 I was busy putting this well lit, Halloween-free, home into black surroundings until I noticed, below my viewfinder, my dog in the all too familiar posture. Dale had a large beef bone the night before for dinner on some semblance of the Atkins diet and I feared all Rusty's gnawing on the ample leftovers might produce a rather more wet egg than I like to pick up. I swept through and removed all trace of something quite easy to pick up. There is no chance this neighborhood is going to get up in arms about rowdy van dwellers ruining the local charm. Such are the worries of a well bred nomad. 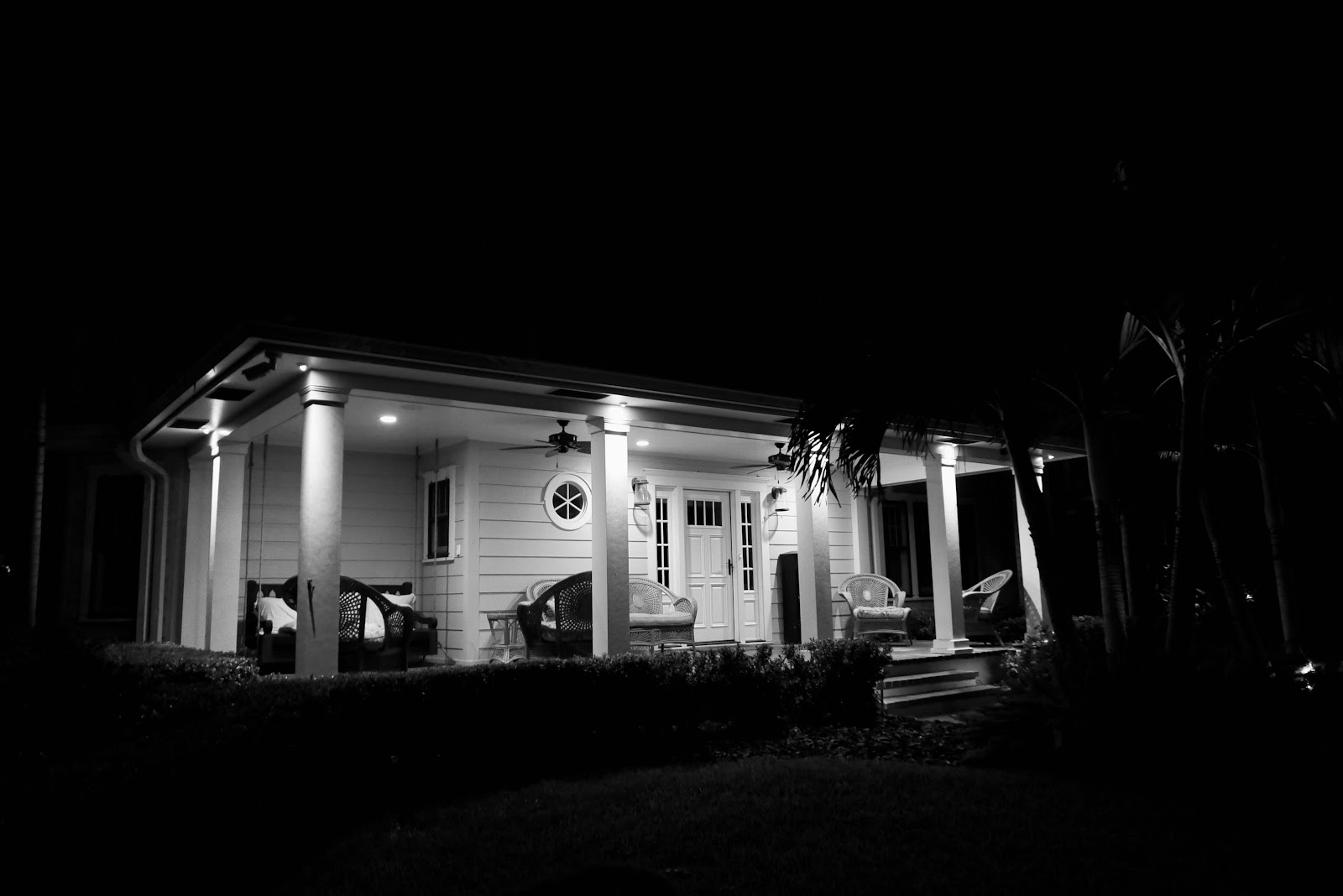 Later in the morning you will see enthusiastic drivers of expensive cars rushing off to pay their bills after jogging and dog walking and cycling to get fit for a day of savage officery. I can hardly believe my luck that I've put it all behind me. 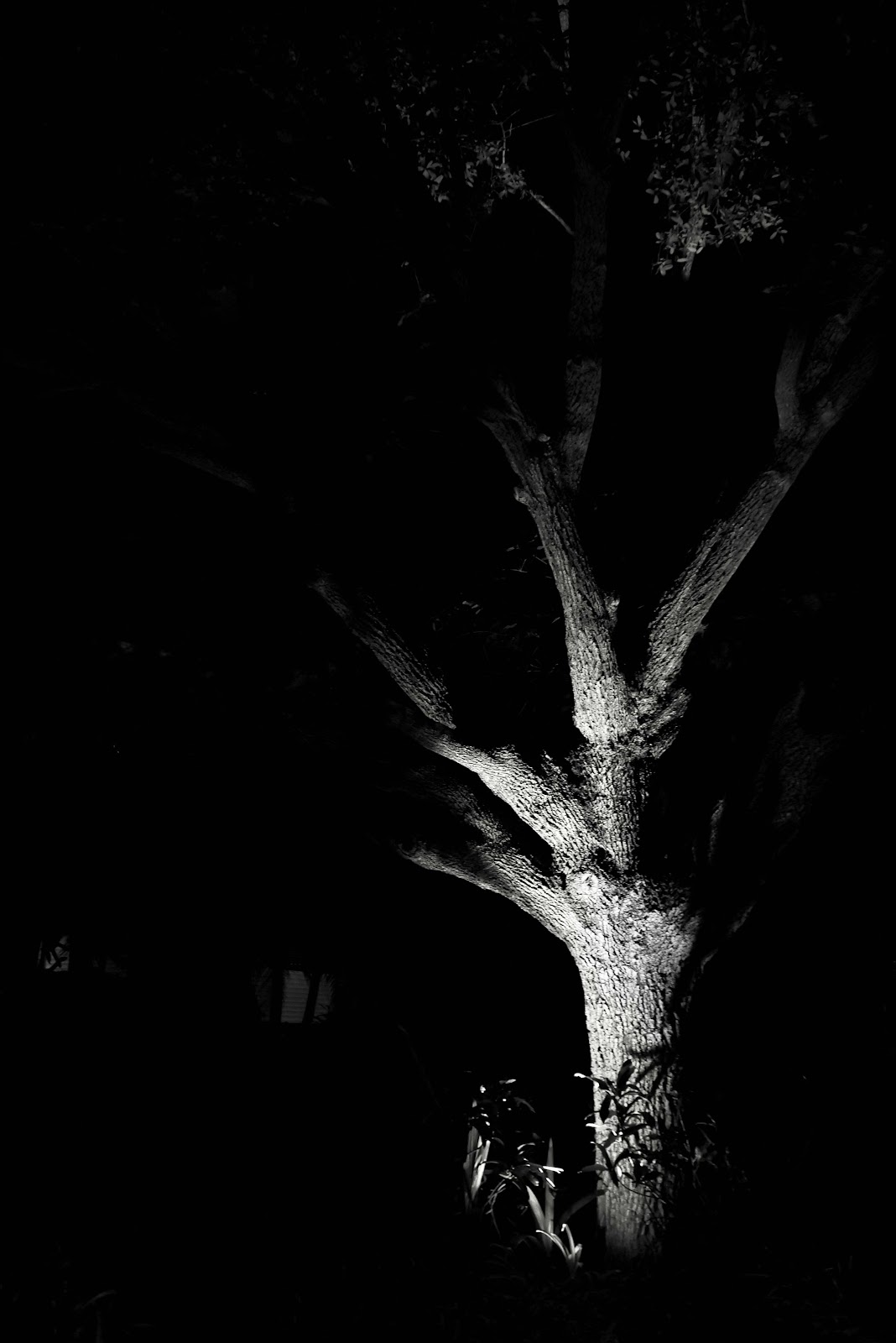 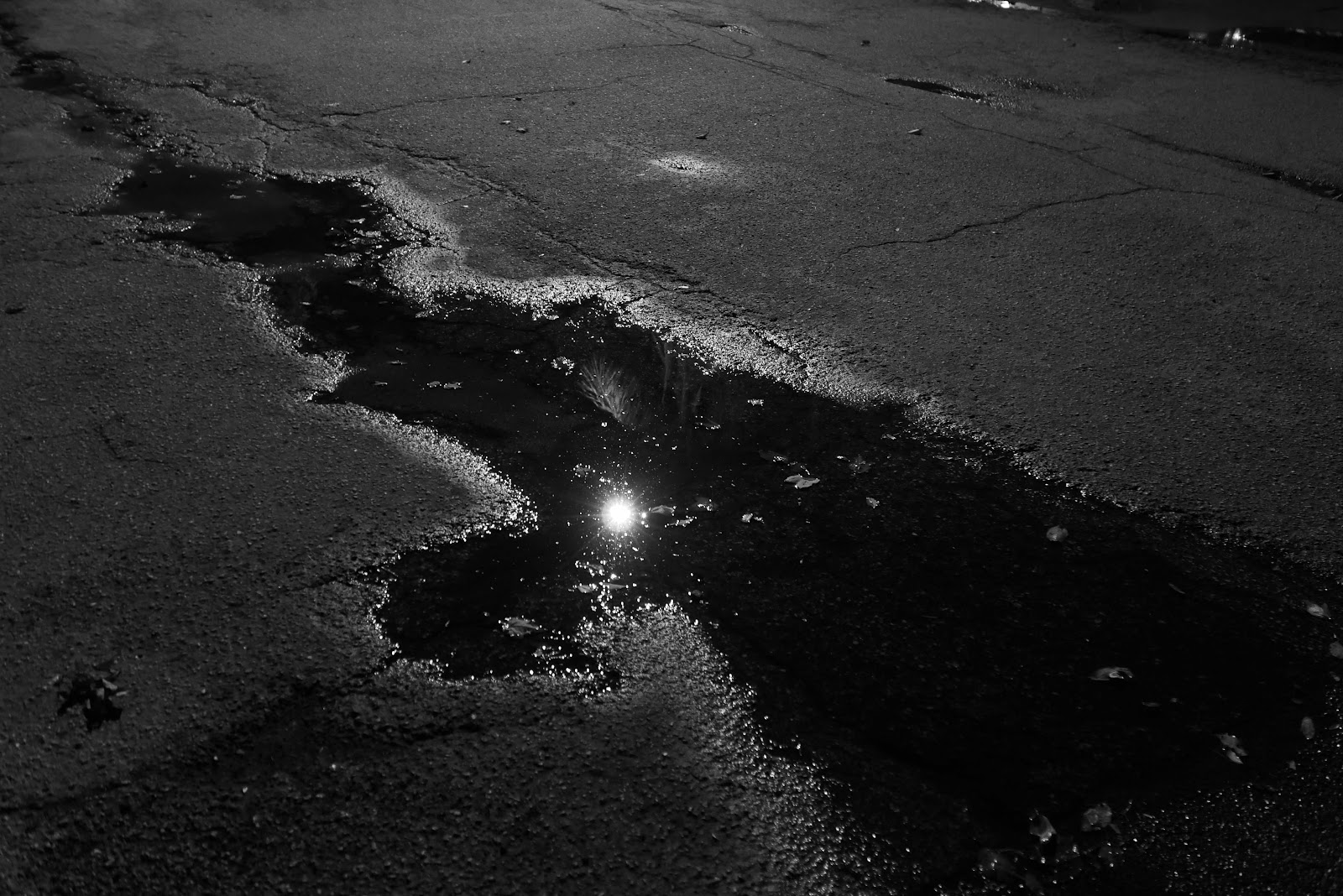 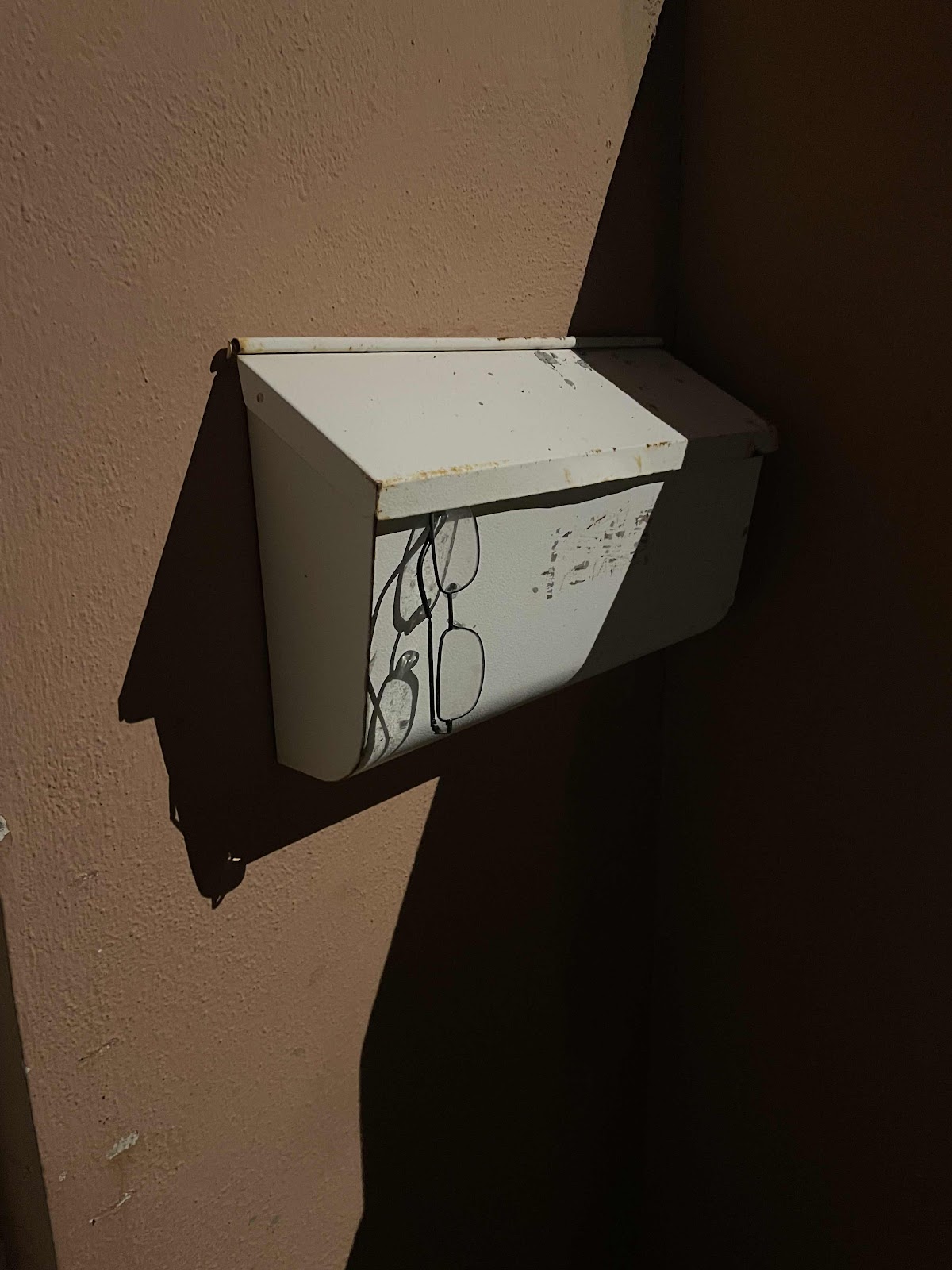 Dale bought his escape pod after we oversold the joy our box on wheels brought us. He had Custom Coach build him a 19 footer and he's driven it to New England and back to see his son in college, and his son drove it back which was an act of faith only a father would have. Dale sees his van as a hurricane evacuation tool as well a vacation device and now my wife has been through it, it is ready to go. Not as soon as ours. 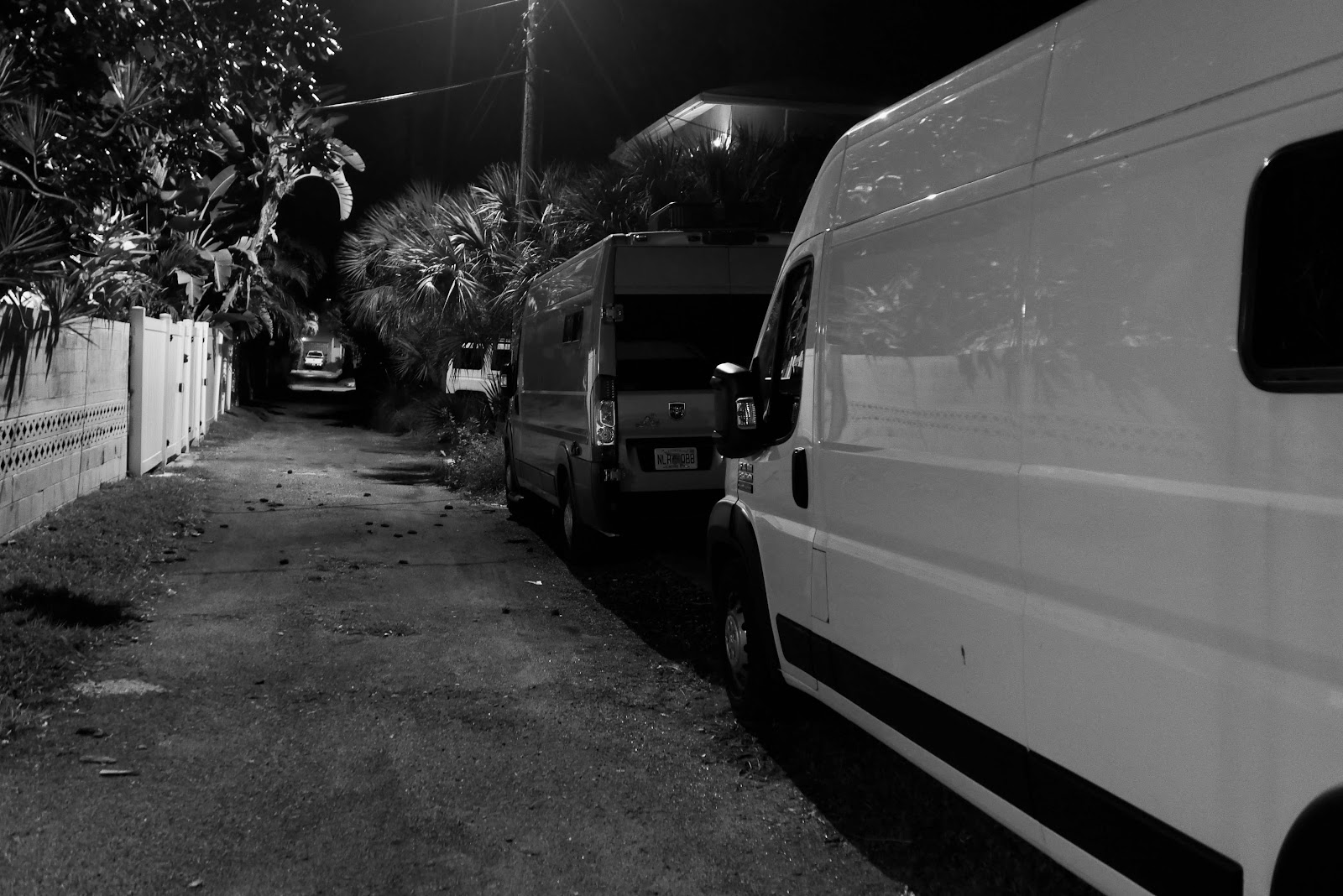 Had the powerful cold front from Up North not swept across us last night I might have been tempted to go for a dip. However it was cool enough and quite windy enough for me not to have oozed one drop of sweat since the winds came upon us, so clearly the fresh water pool at 3:30am was out of the question. 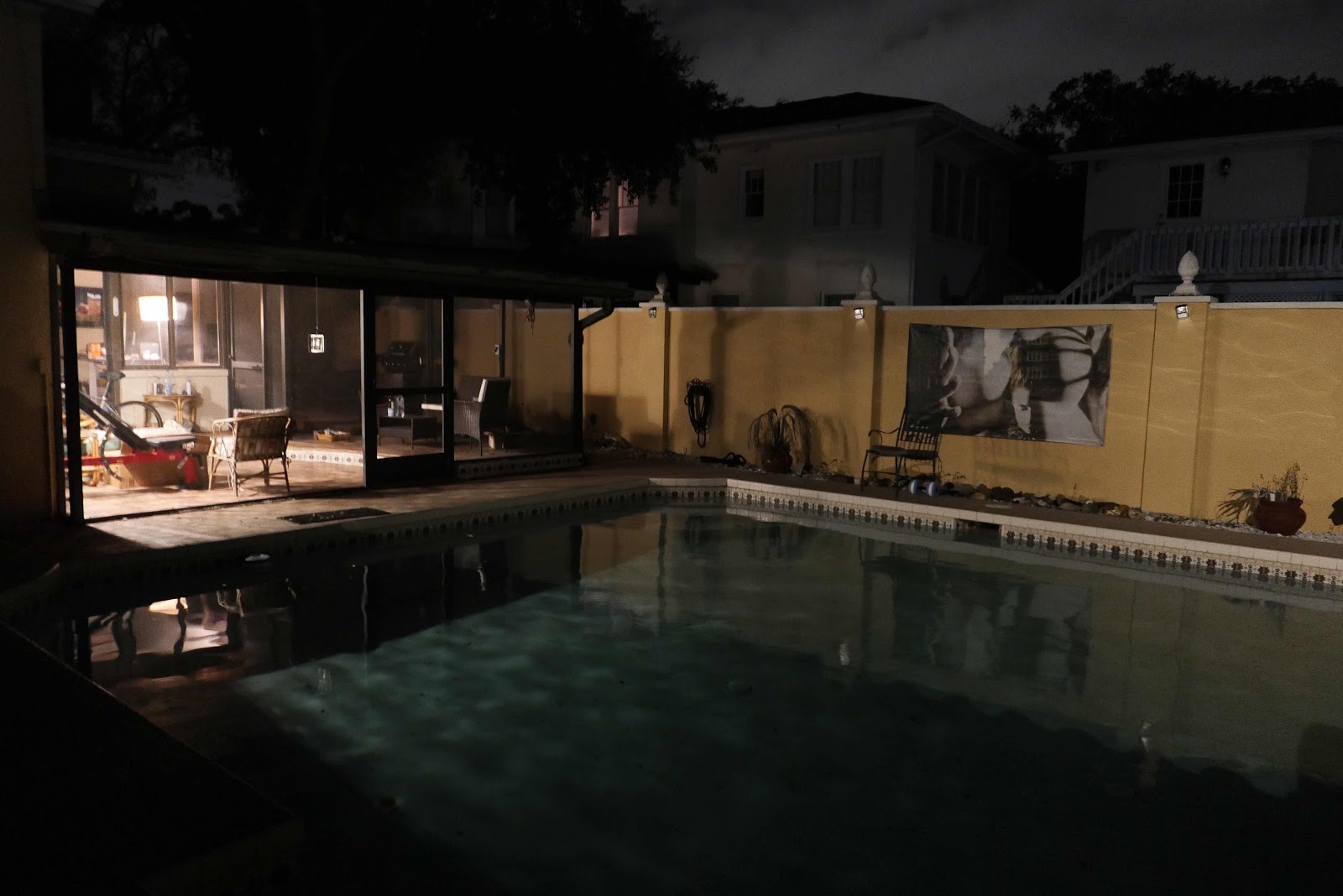 Rusty curled up next to me and watched while I did the crossword and read about an Italian monk who noted down the presence of Markland in some notes he wrote. As it was in the 14th century 150 years before Columbus sailed the ocean blue, and because his notes were only just discovered, the academic world is in ferment, as it should be. The next thing we'll discover is Columbus knew perfectly well how to find degrees of longitude at sea. Probably not. 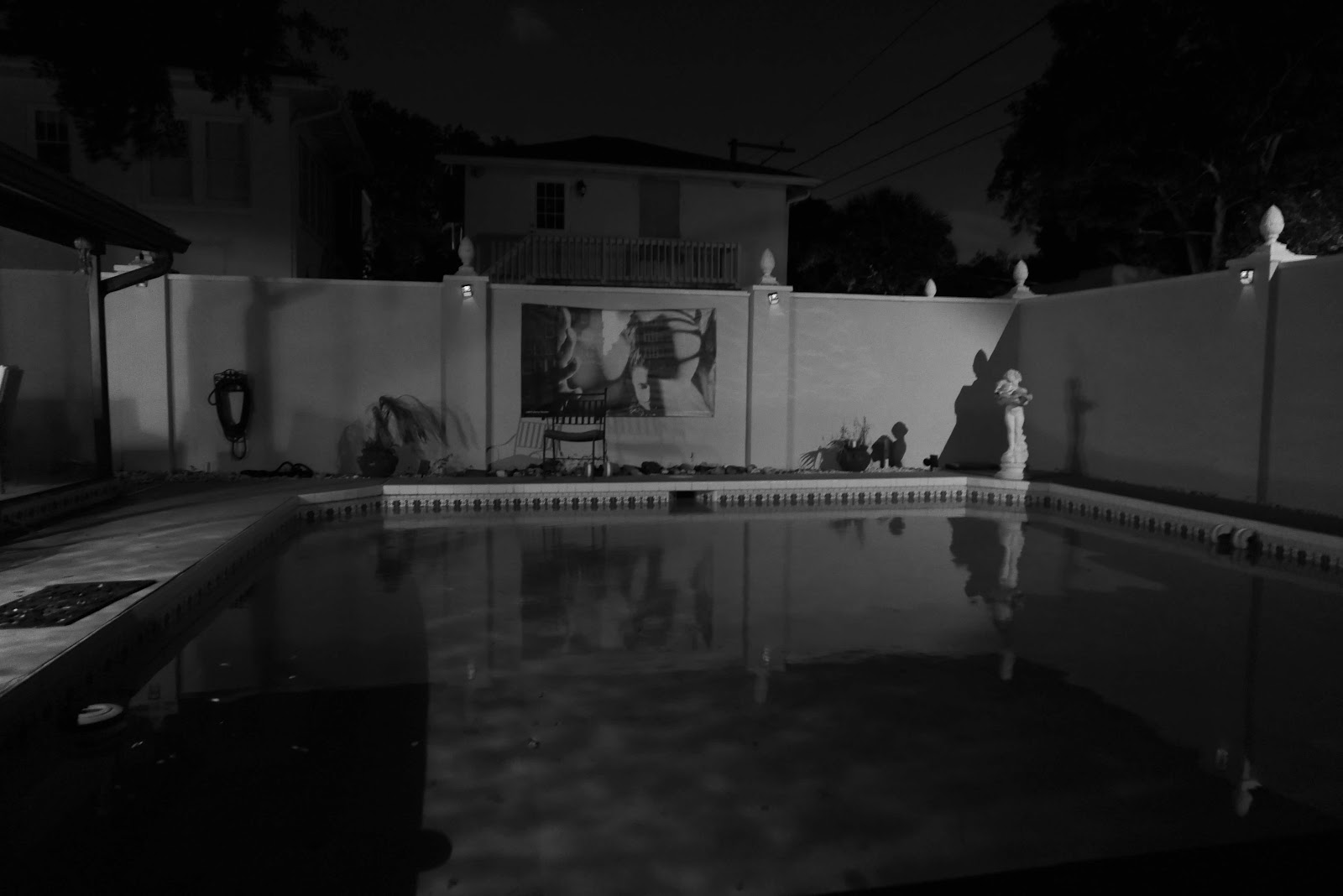 The mind tends to wander a bit at that hour. I was getting sleepy but being unwilling to disturb my dog I sat on waiting for some signs of life from the curled up dog. 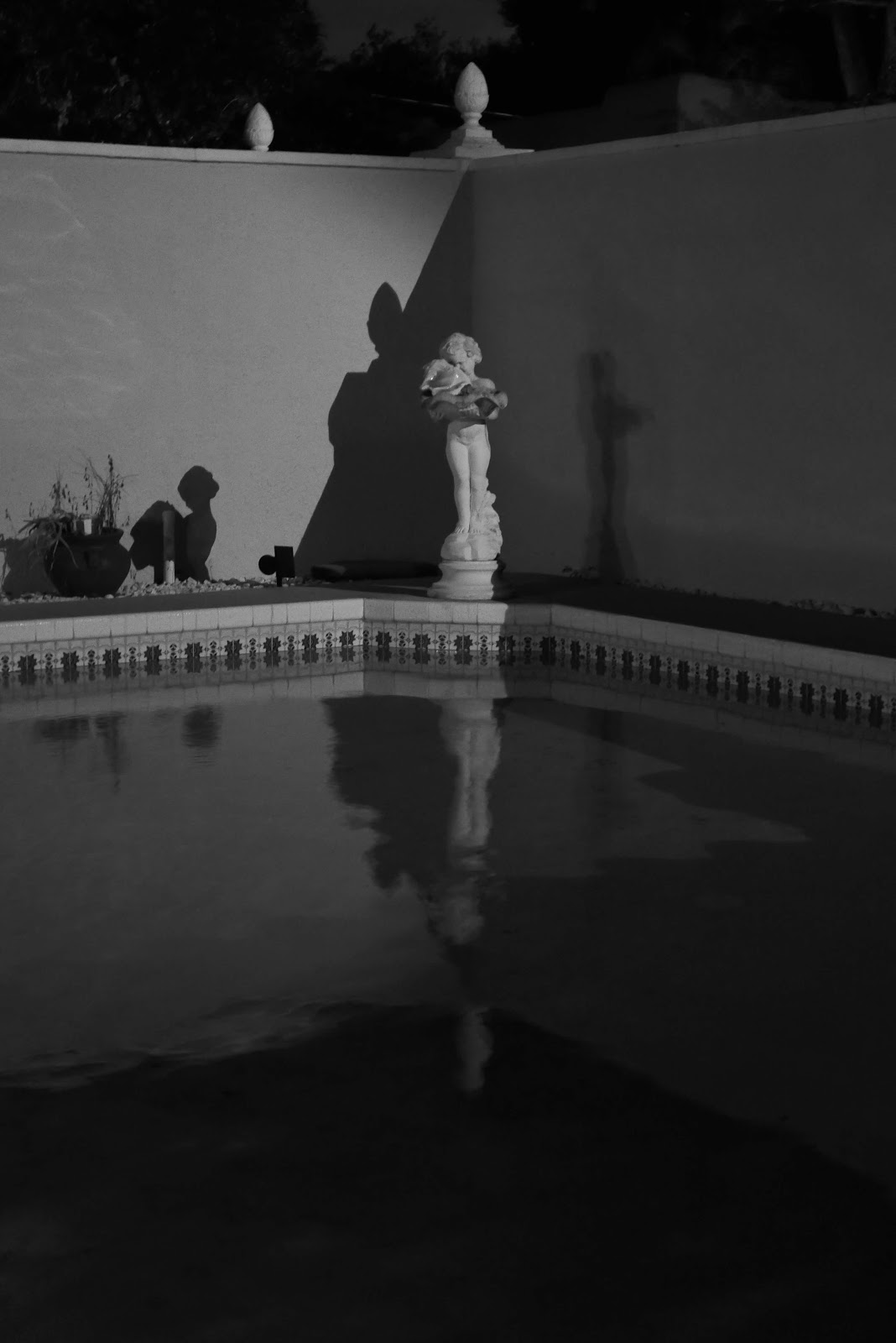 Eventually he sat up and I went back to bed. 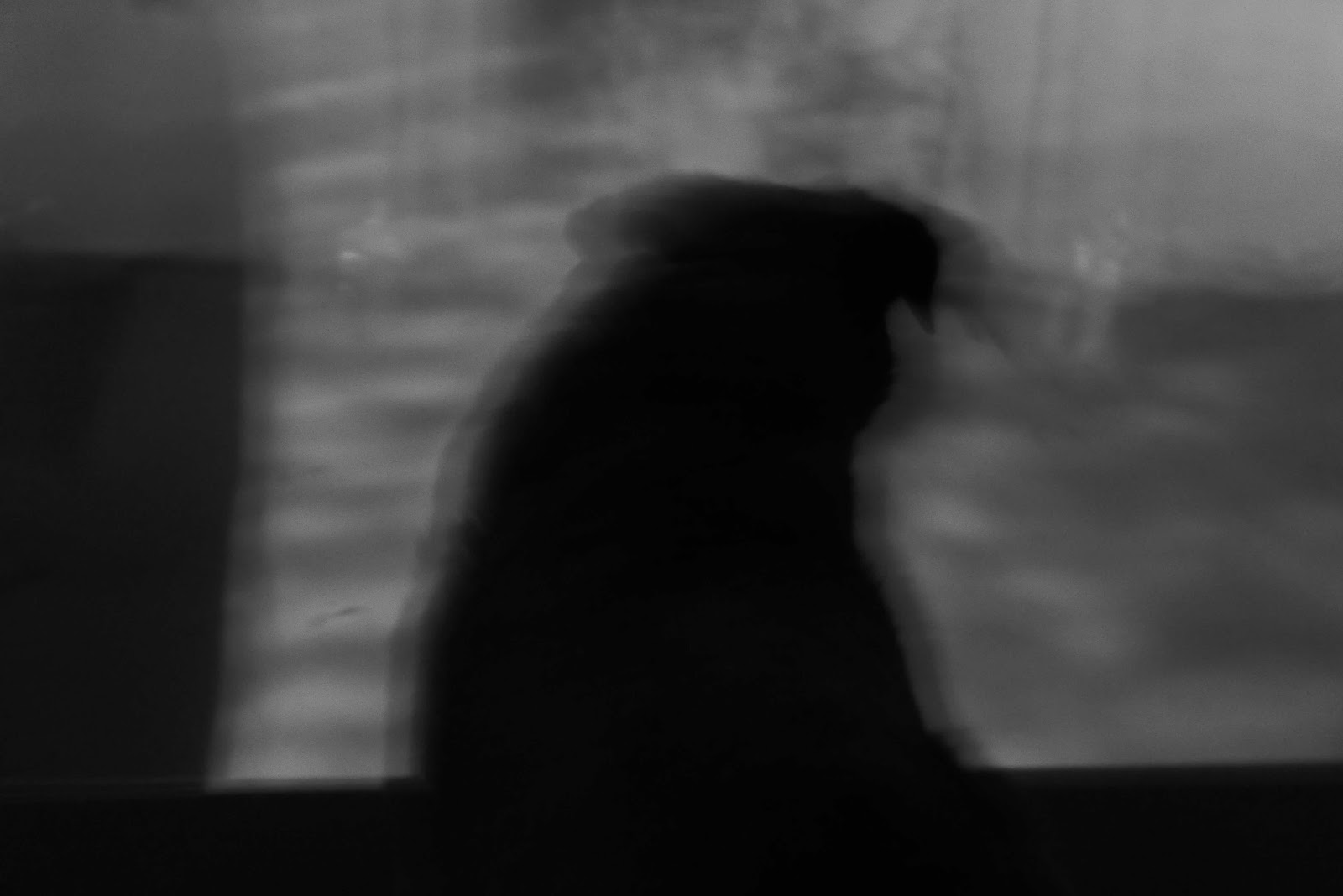 He will be glad to know there's not much driving today, two hours to dinner with a friend in Ocala then we have our eyes on a rest area just inside Georgia two hours beyond dinner. Tomorrow Hilton Head is the goal and like the three Kings we will bear a gift, a bottle of liquid gold, for  Hilton Head is home, oddly enough, to Ulysses' younger brother home from the seas and the key to the kingdom is called Laphroaig.
Posted by Conchscooter at 9:30 AM 2 comments: