Locals call it Fletcher Allen but to the rest of the world it's Vermont Medical Center and it's great by any name. 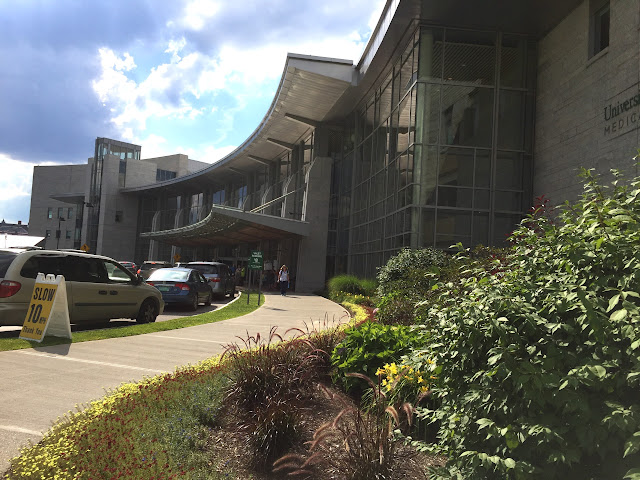 The modern medical center, formerly known as Fletcher Allen Health Care, was formed in 1995 from the merger of three organizations:


Founded in Burlington in 1879, Mary Fletcher Hospital was the first hospital in Vermont. It was renamed Medical Center Hospital of Vermont in 1967 when it merged with Bishop DeGoesbriand Hospital.

In 1894, the Religious Hospitallers of St. Joseph founded the Fanny Allen Hospital in Colchester. They named their hospital after Fanny Allen (daughter of Ethan Allen), a nun who nursed wounded American soldiers in the War of 1812. This site, now referred to as the Fanny Allen Campus, has an Urgent Care Center,Ambulatory Surgery Center and Rehabilitation unit.

In 1971, ten medical specialty practice groups joined to form the University Health Center (UHC) at the site of the former Bishop DeGoesbriand Hospital (1924). Now referred to as the UHC Campus, most of the ambulatory clinics moved to the Ambulatory Care Center in 2005 at the main campus. 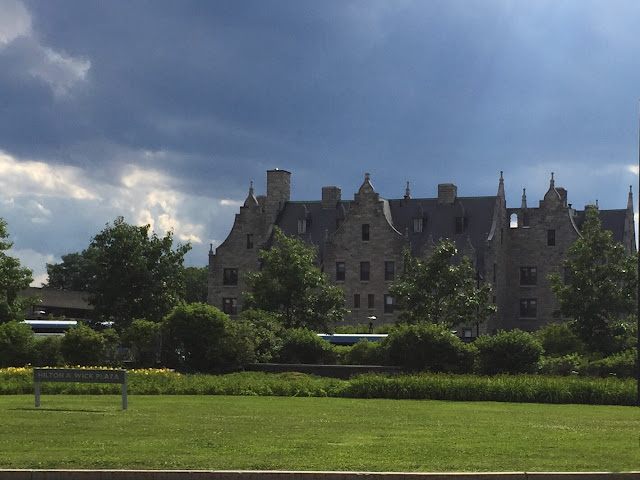 The university campus sprawls across the top of a hill above Burlington and dominates the local economy. It was a complete relief to get here and have the medical professionals take over in a modern hospital room with a surgery teams ready to take out the troublesome gall bladder. And all in English. 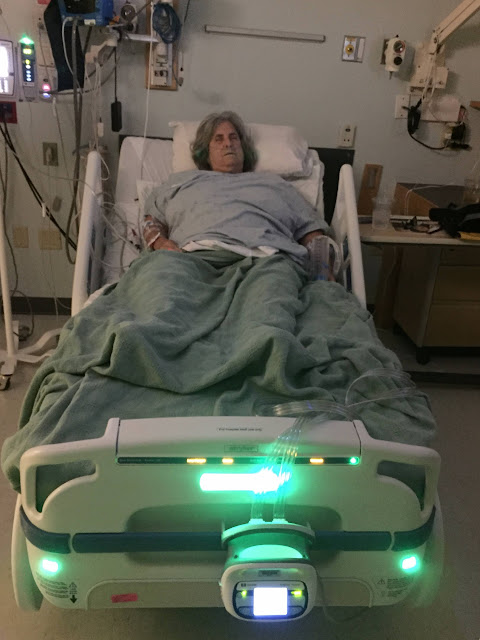 While I was upstairs Rusty was downstairs and to be fair he did get pretty fed up sleeping in the car. I walked him as much as I could but I was split between looking after him and sitting bedside with my recovering wife. Stress filled times. 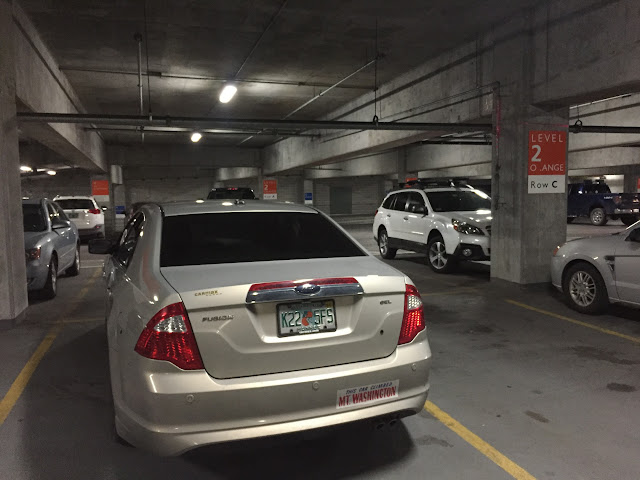 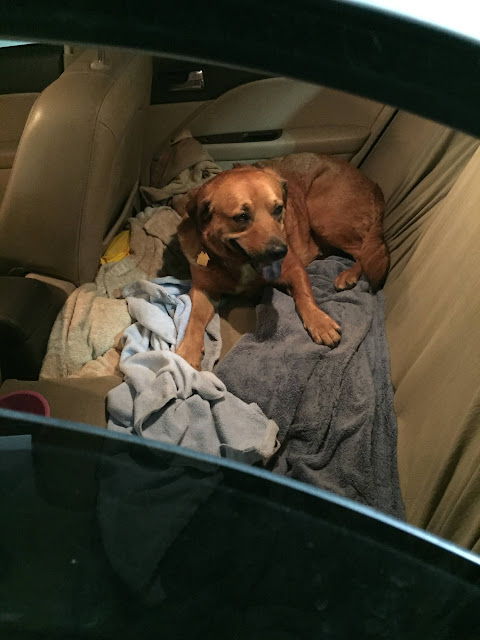 They have  a lot of art in the hospital  including a  thirty foot tall "thread of life" sculpture hanging from a giant sewing machine. This place is huge. 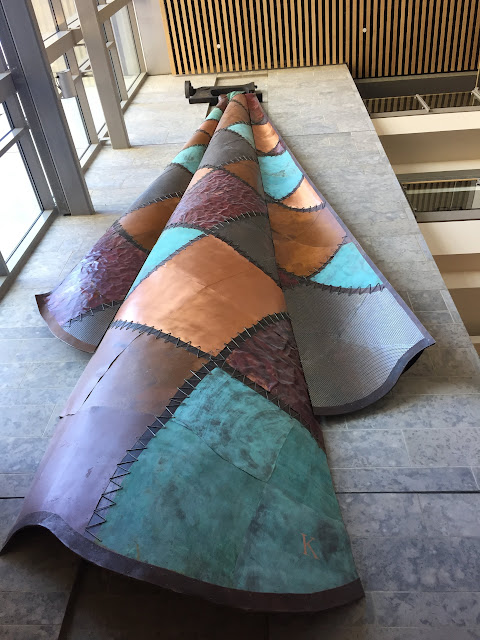 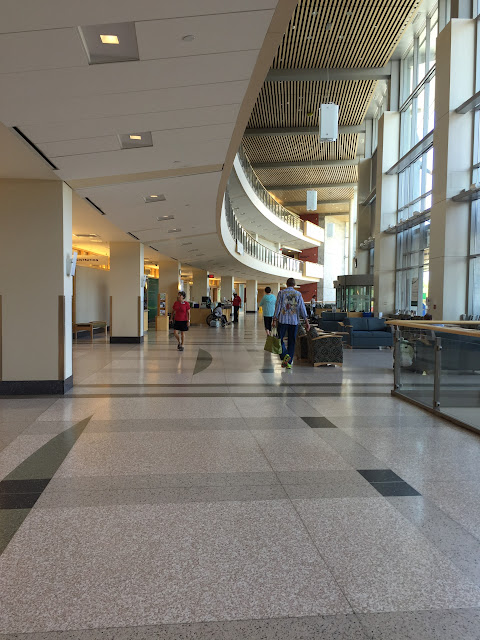 Our friend Sean in Key West called a friend and got flowers delivered to the room which was  a lovely gesture. 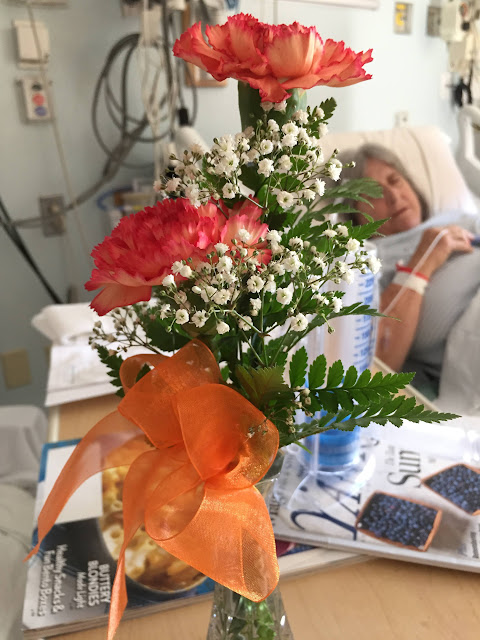 I checked out the waterfront bike trail which is going to be improved with construction, as usual. 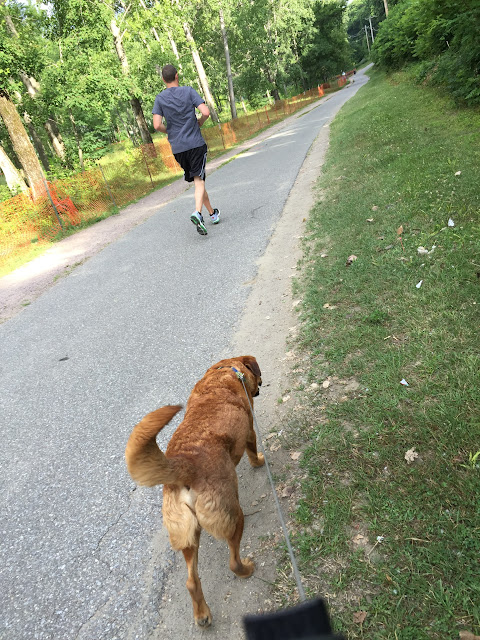 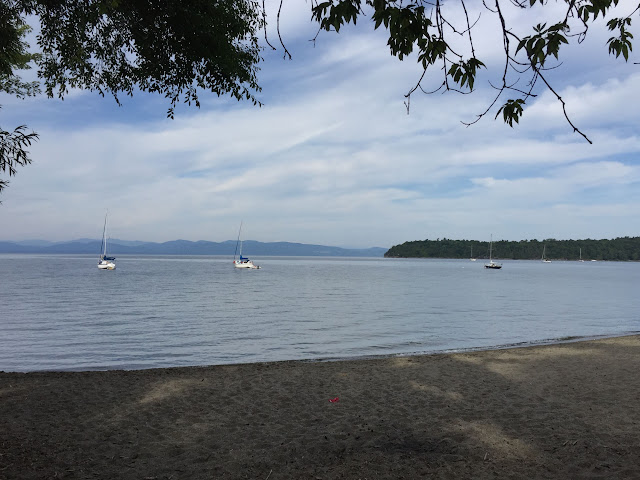 Back to the hospital...and its miles of corridors and elevators and passageways... 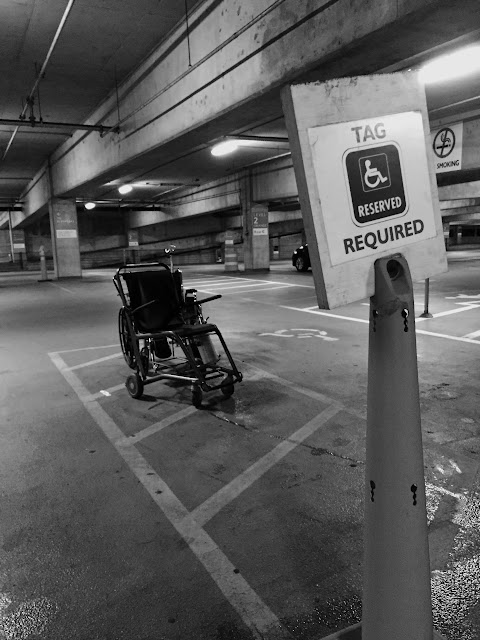 And its vast spacious great lobby. I got quite proficient at finding my way from the garage to the sixth floor of the Baird wing, a ten minute walk at a brisk speed. 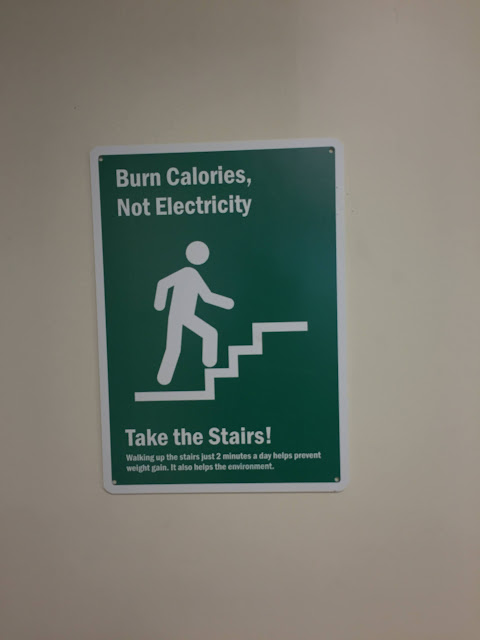 I wanted to see Red Rock park but I got there late so I wasn't charged eight dollars but Rusty got bored on a leash, so when I saw a gap in the trees we stepped out of the park into an empty field and he ran his little heart out. The lake vistas will be for another time I guess. 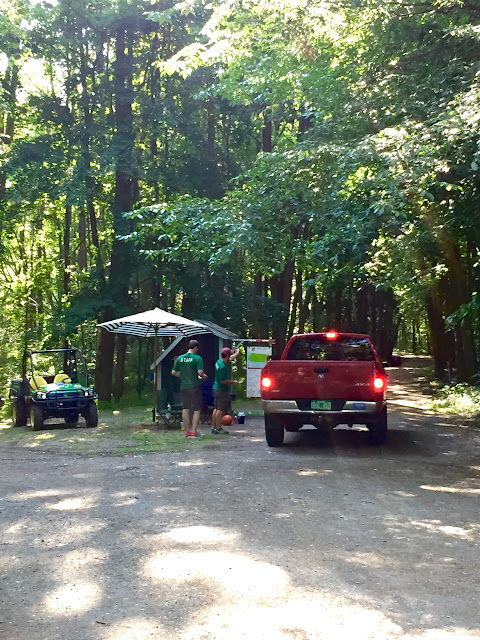 Burlington streets in summer are covered by leaves: 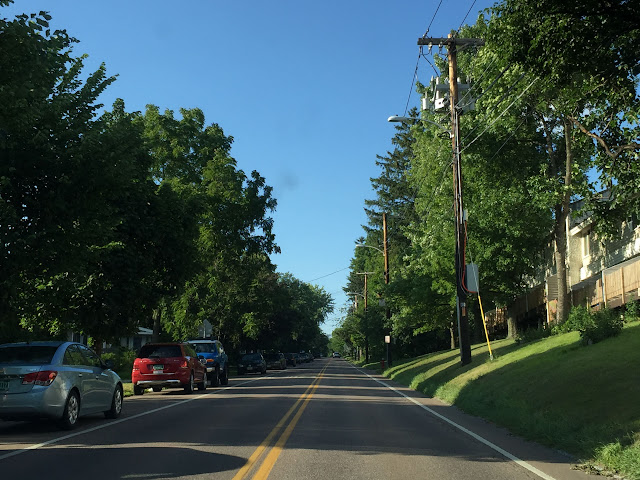 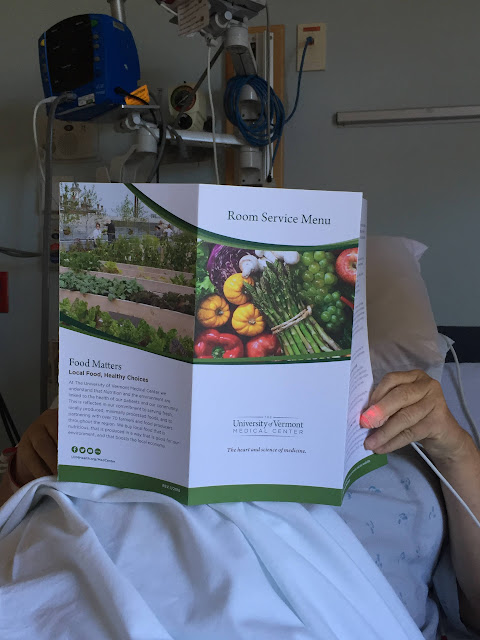 Rusty got to explore the back streets... 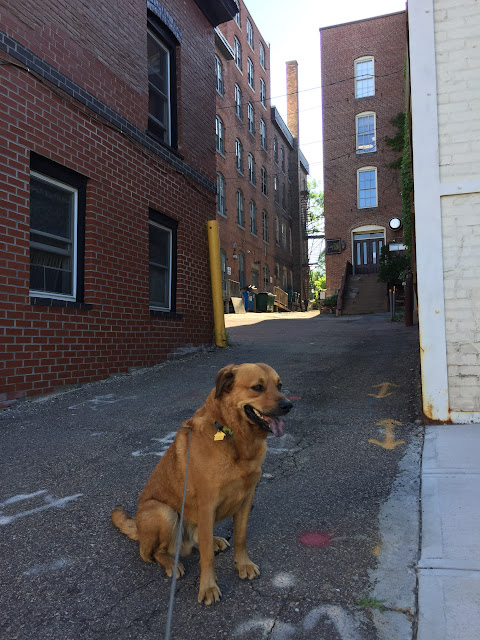 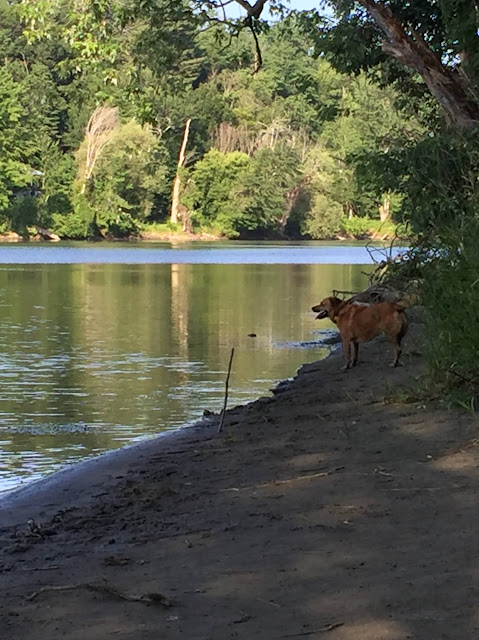 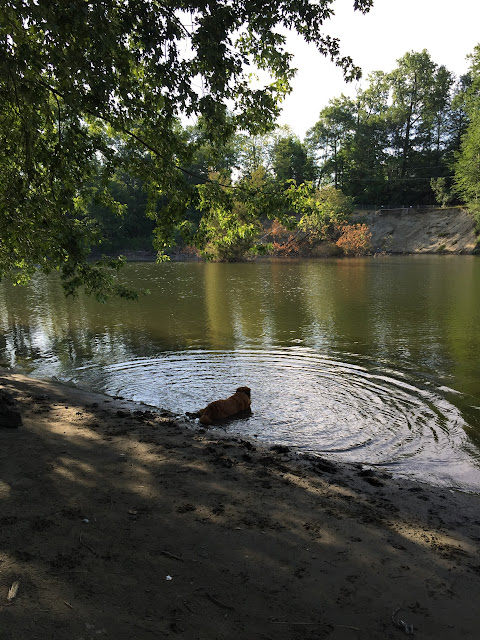 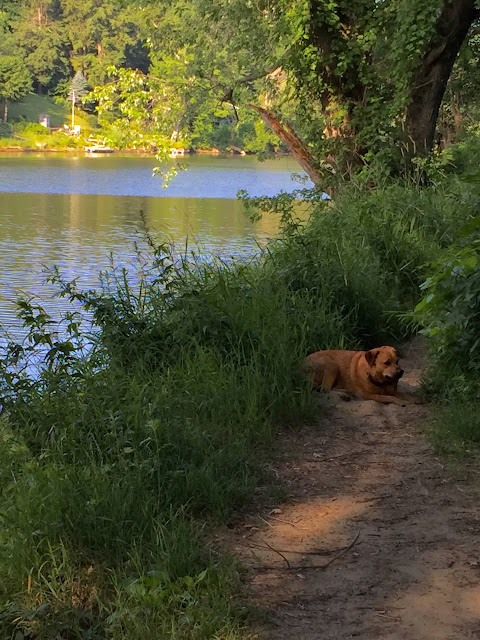 Until exhaustion set in: 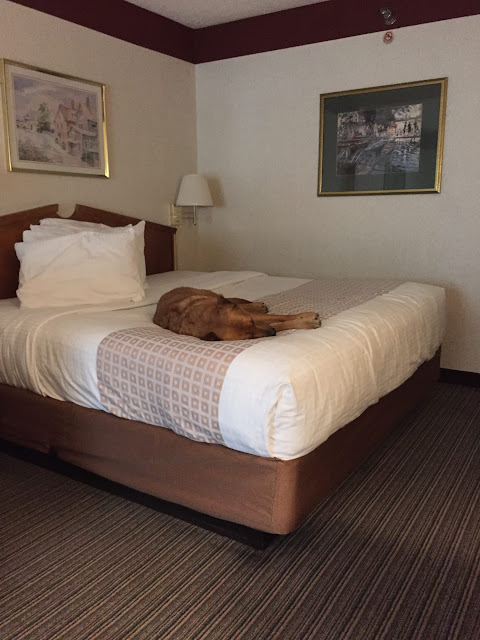 And the next day we mixed in some street walking with flowers never seen in South Florida: 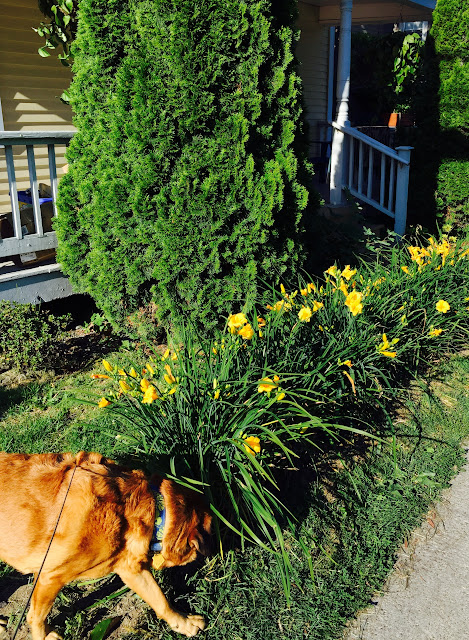 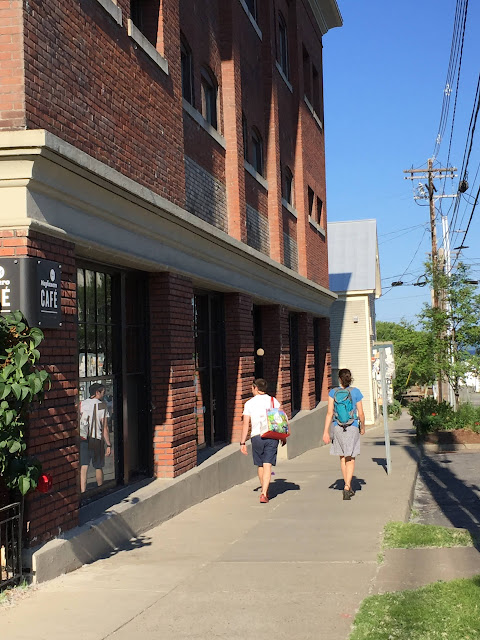 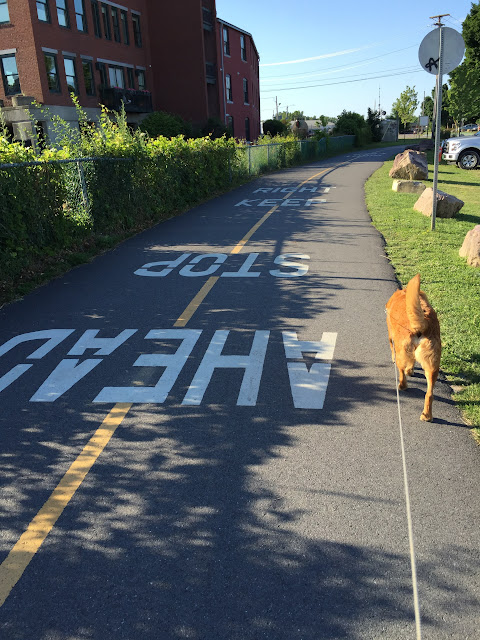 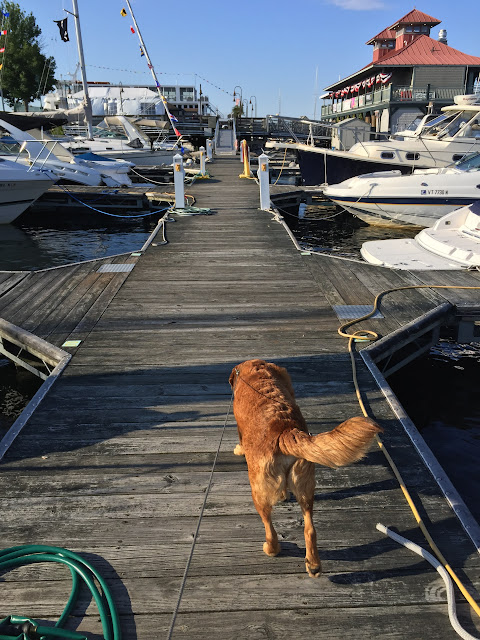 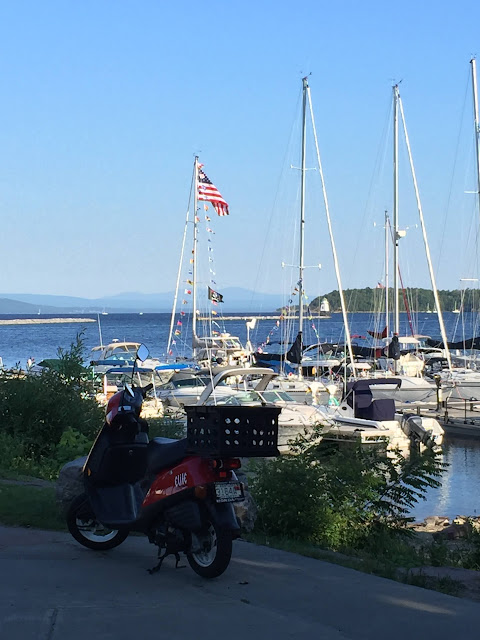 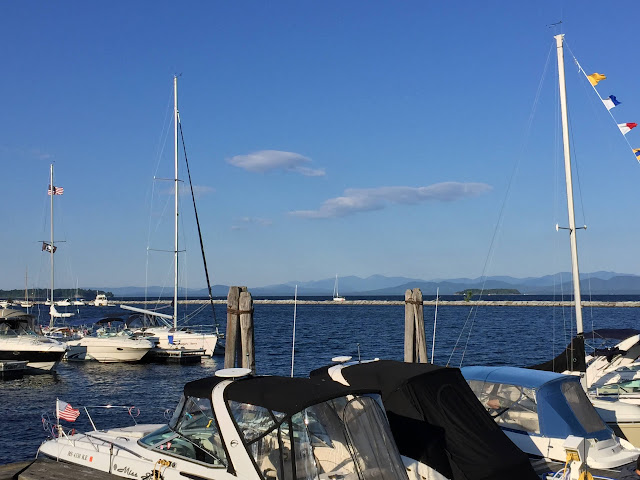 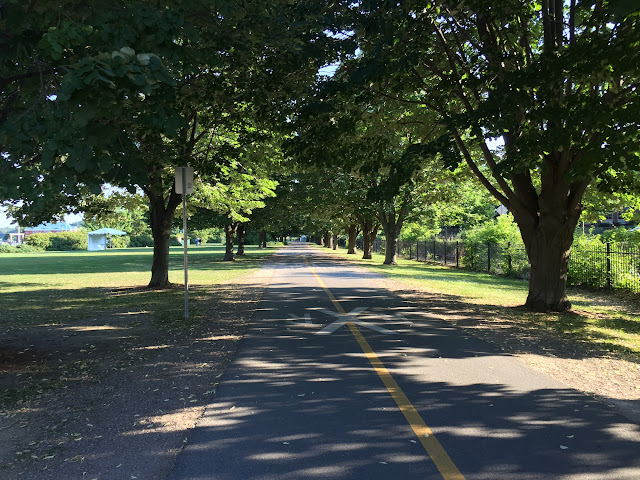 Drivers are remarkably polite in Vermont too. That was a pleasant change. 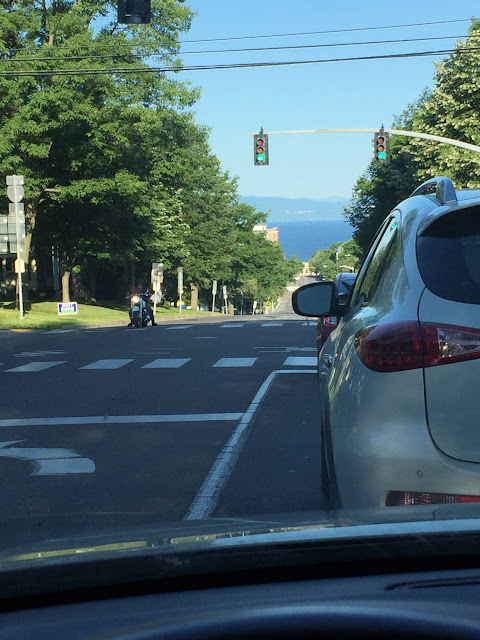 A nice town and I wish I could have seen it under easier circumstances.
Posted by Conchscooter at 12:00 AM 2 comments: