It looked this dark to me, Higgs Beach before dawn, a land of shadows and faint street lights. 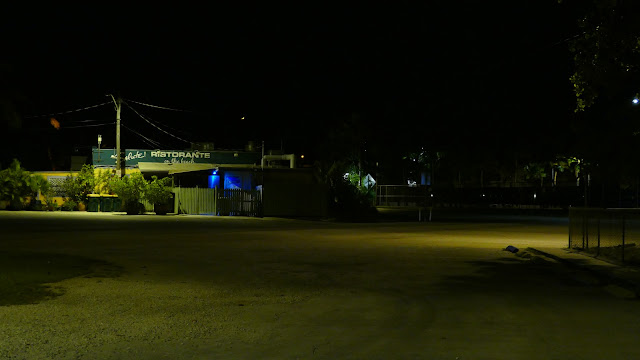 Astro City is still there after what seems like decades. 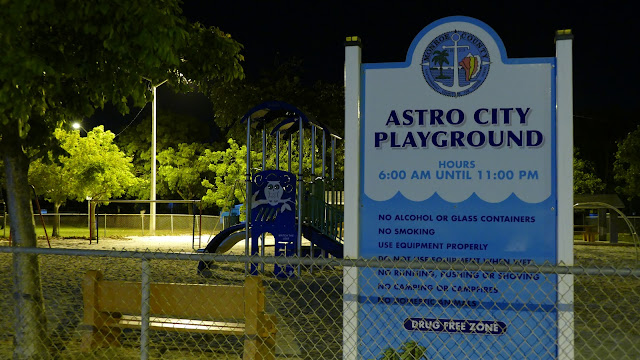 And the coolest public toilets in the world, built around curves in the walls and no straight lines: 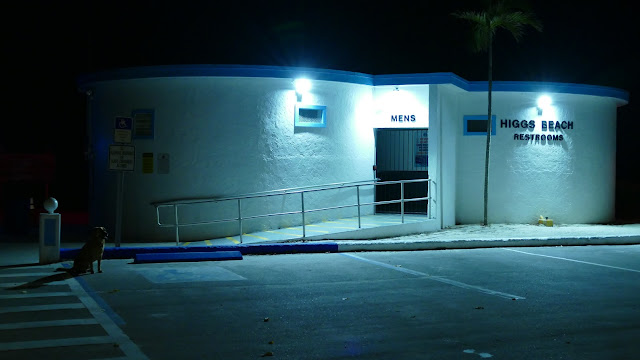 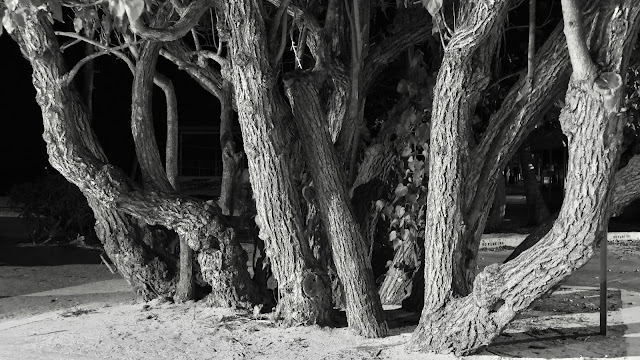 Higgs Beach is operated  by Monroe County even though it is in the city it is in fact a county park and its patrolled by a deputy Sheriff during the day: 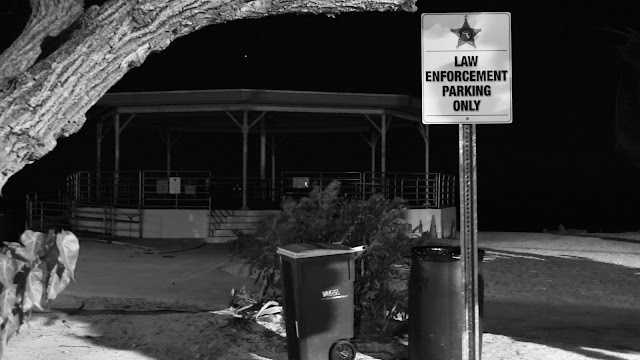 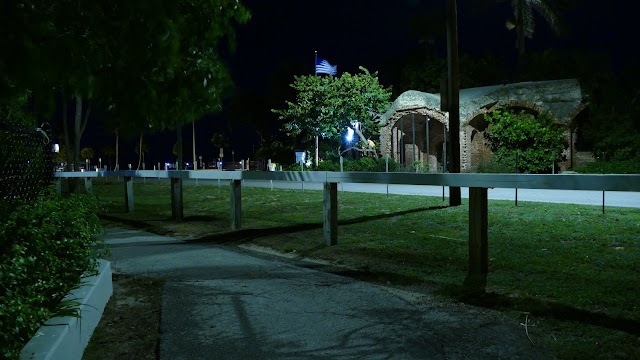 Later Rusty and I cruised down toward Duval Street for walk number two. I found a bunch of bright unrelated colors: 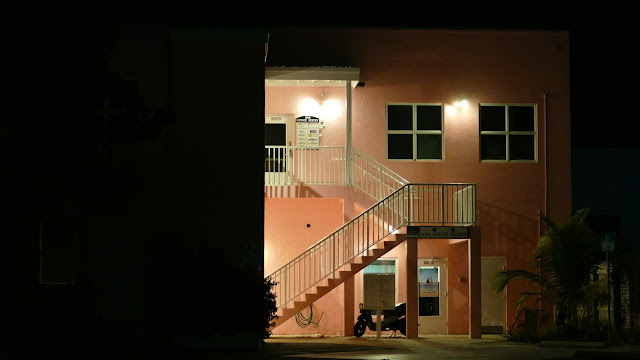 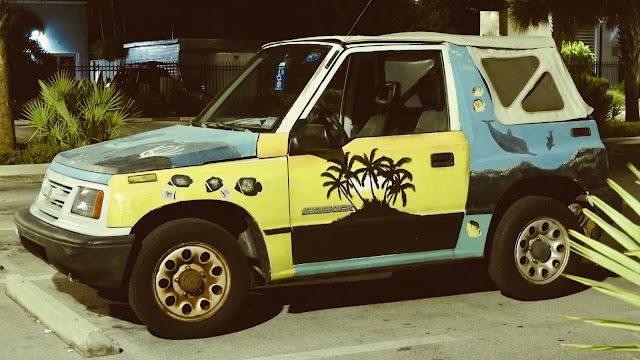 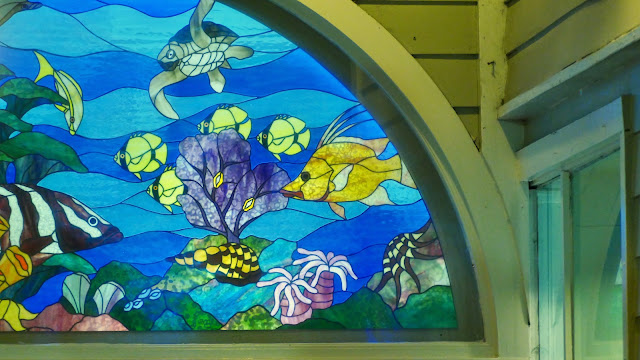 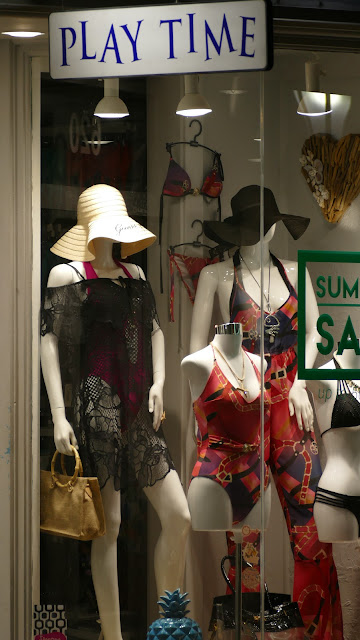 I have no idea what Rusty found but he was fascinated. 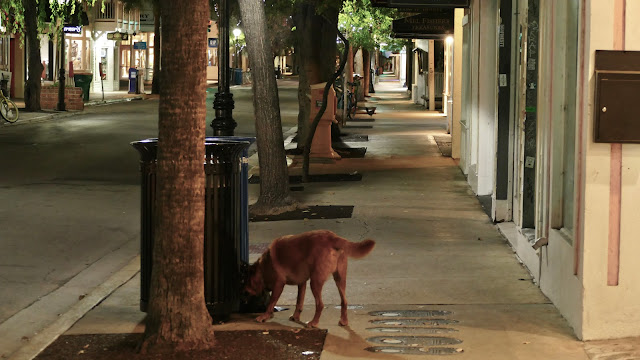 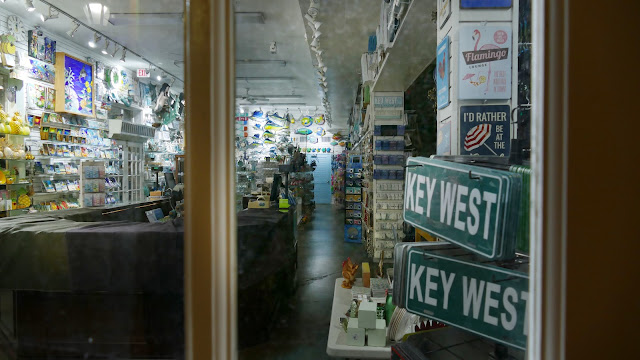 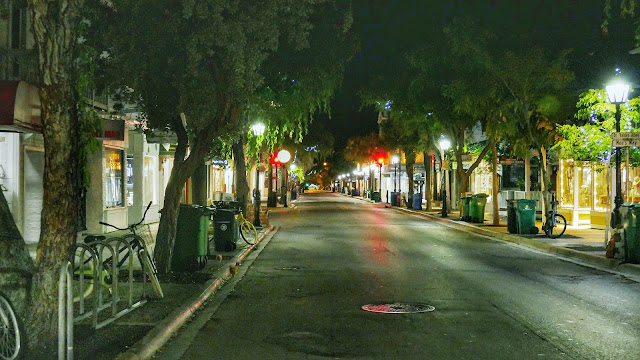