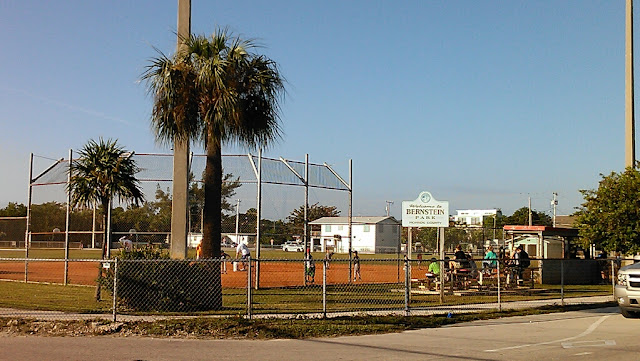 It happened that the passenger window in my wife's convertible Fiat 500 decided to die with a  very loud crack as I was driving the car and opening the window at the same time. The glass didn't break but it gradually and inexorably sank slowly out of sight into the door. No amount of pressing the button brought it back, nor did my efforts to pry it back up to keep potential rain squalls out...Suddenly in this past week of sudden and very heavy rain we had a car repair emergency. Bugger. 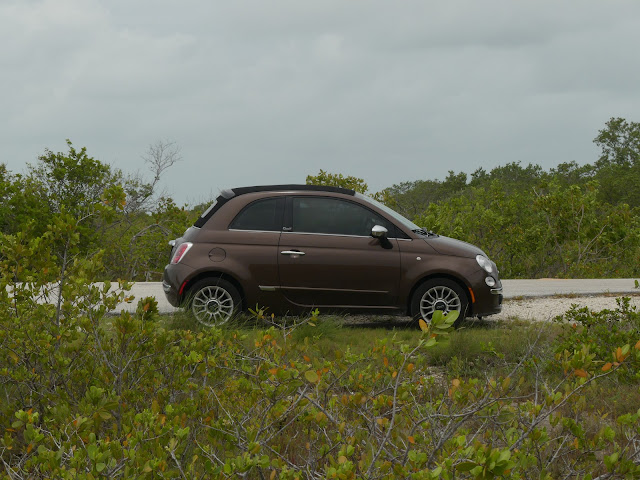 Mind you my wife gets mad at me when I point out what a nuisance her car has been from time to time, I who had endless struggles to keep my classic Vespa P200 on the road, ultimately unsuccessfully...She notes I also broke the slider on the passenger window of her Sebring convertible, an incident I no longer recall.  Anyway she made the appointment and I drove the car to the shop so they could install new plastic runners for $350 to restore the window. 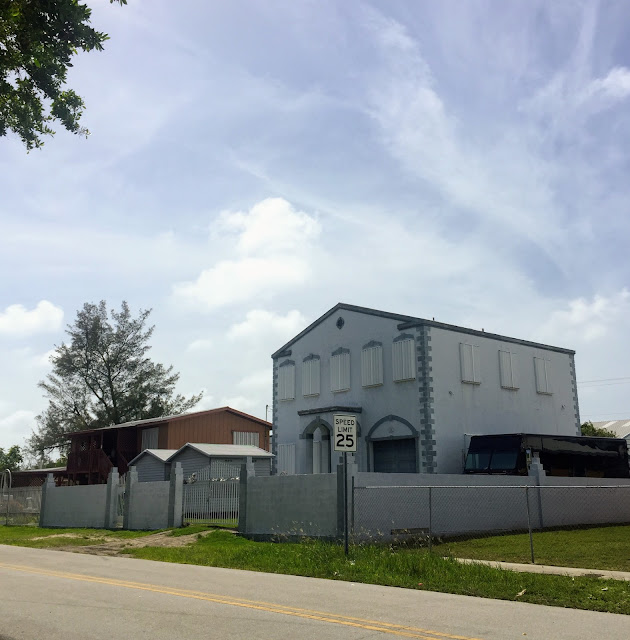 Rusty wanted to come along and he unlike my late lamented Cheyenne is much more flexible than the old Labrador so he hops in and out of the Fiat with no problem. So we went for a walk, as you do while the mechanics sweated in the non air conditioned shop. $350 seemed like a bargain thank you. 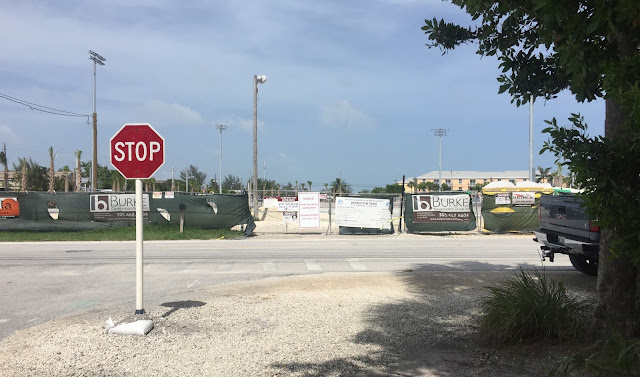 We wandered past Bernstein Park which is getting a  massive make over. The eight million dollar project started over a year ago and has work still to be done. 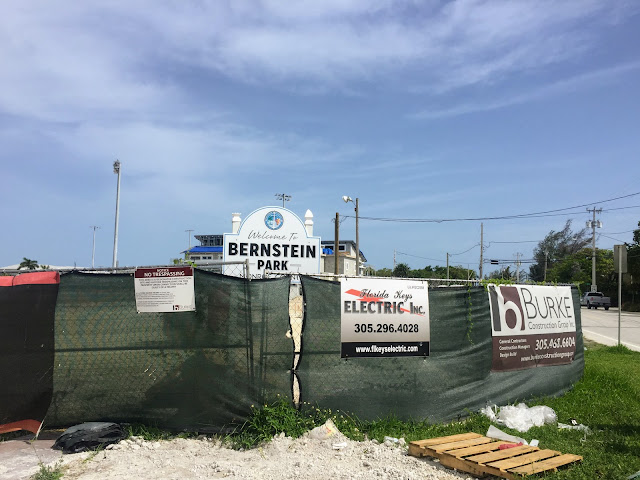 Konk Life magazine reporting on how county commissioners are sprucing up Key West's neighboring island:
Danny Kolhage said the change began with the last County Commission agreeing to build a new fire station on Stock Island, and has continued with the current Commission signing off on two new road and drainage projects for the area that will begin later this year.

“But the cornerstone of our efforts out here is this major capital improvement to Bernstein Park,” Kolhage said. “Bernstein Park, as you can see, sits at the heart of south Stock Island. It’s the only recreational area that this community has.”
The $7.9-million project will have a baseball field, soccer field, soccer practice field, playground, basketball court, exercise trail and new field lighting. It also will have a new 5,500-square-foot community center, with a large room and a smaller room for public use.
The project also will raise six acres of the park (the non-wetlands portion) by up to two feet to address flooding caused by rains and high tides that have hampered use of the fields. This will require about 20,000 cubic yards of additional fill.
The fields will have natural grass and be watered using rain water collected in cisterns and reclaimed water from Key West Resort Utilities. 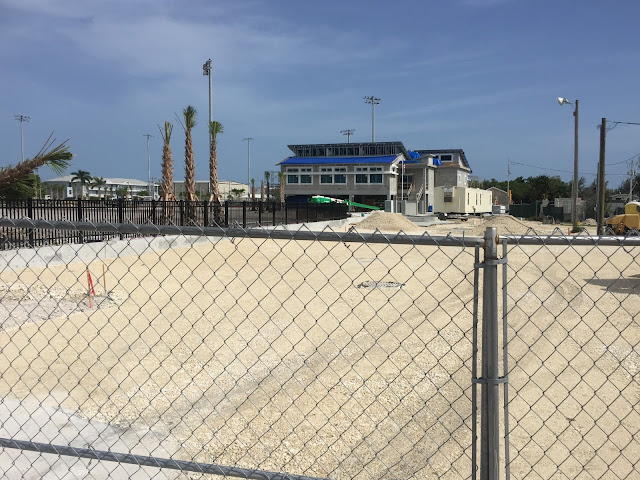 I think the cause of all the walking spotted an iguana which was much more interesting to him. They don't allow dogs into Bernstein Park so I don't think he cares too much about the redevelopment. 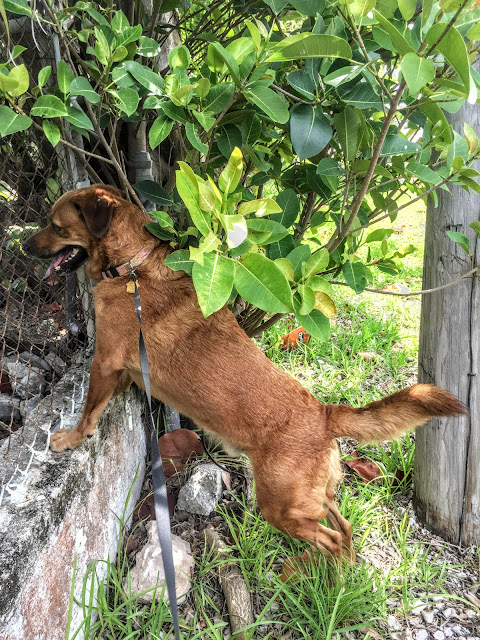