Stock Island has always played second fiddle to Key West. It's very name derives from the fact that the early settlers kept cows here and raised them for meat. When it came time to kill them they took them to Rest Beach and slaughtered them there for consumption in the city. These days things are marginally less agricultural and more industrial here. 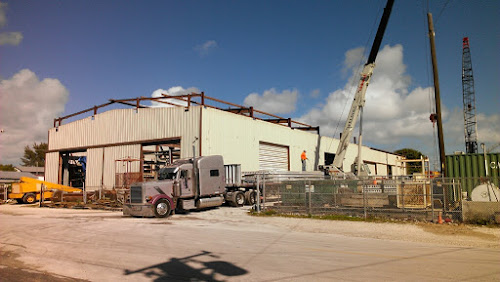 Stock Island is where things get done that make Key West work, but there is change in the air. 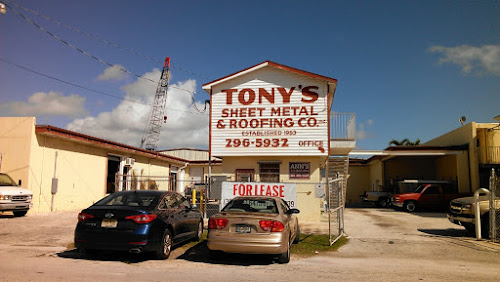 Even the green triangle in the heart of "downtown" has a for sale sign on it. The Tom Thumb convenience store is the closest thing to a grocery store here, even though there are two Publix stores, one Winn Dixie and two Fausto's markets in neighboring Key West across the Cow Key Bridge. 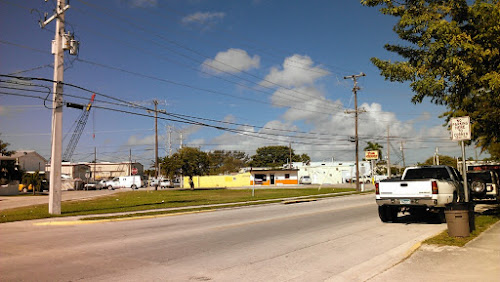 Housing here is a mixture of small bungalows, a few houses on stilts and lots of trailers. For Sale again: 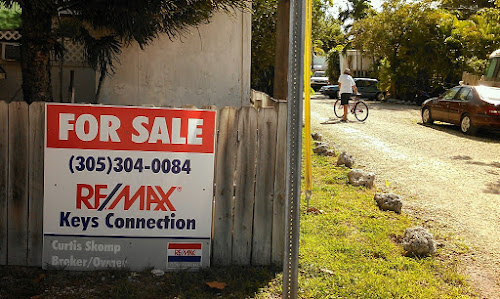 These modest homes are where Spanish and Creole is spoken. Nattily dressed tourists and snowbirds pass through on their way to slum it in local color at Hogfish, a tourist trap near the fishing docks, or at Roostica a rather good New Jersey-style Italian-American restaurant on the main drag. 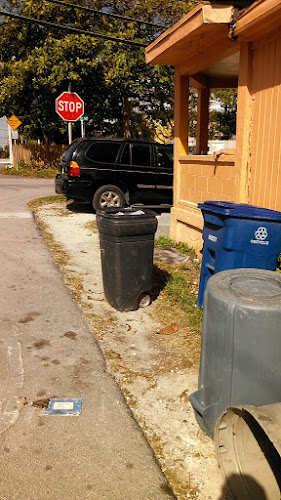 Stock Island has bus service to Key West, locals ride bikes or scooters, this is a hold out for true working class restaurant workers and commercial fishermen. But it can't last. 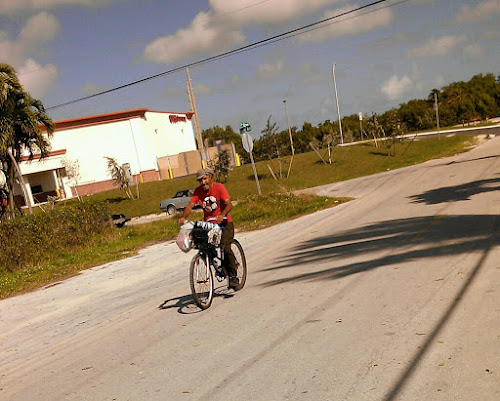 Plans have been in the works for years to transform this rustic working man's retreat into a place to increase wealth for the usual crowd. The crash of 2008 slowed things down but real estate is heating up in the Keys once again and those plans are starting to look appetizing. 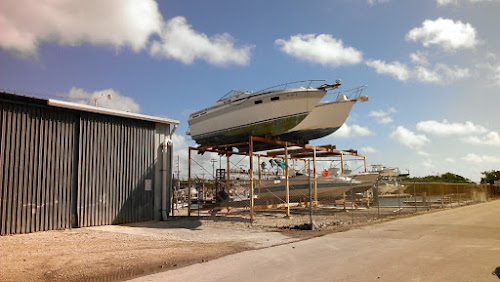 It's funny to me to see how the American Dream manifests itself among other immigrants. So often it's a car, proudly bearing traces of home. To me a well worn expensive SUV is less of a draw than a useful small car but I've never been drawn to four wheeled vehicles. Haiti, soccer, BMW - a winning combo! 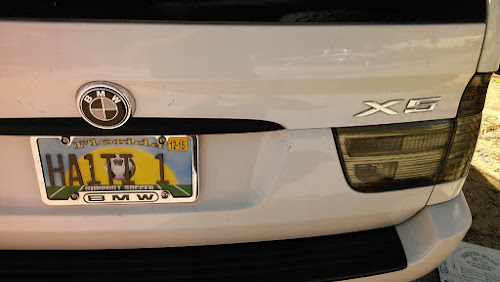 Jiri's motorcycle shop is still in business here but his neighbors are gone. Rents are going up and I know this place may slip away too. Jiri makes no bones about the irritation of having to relocate his motorcycle repair shop. I'm not happy. 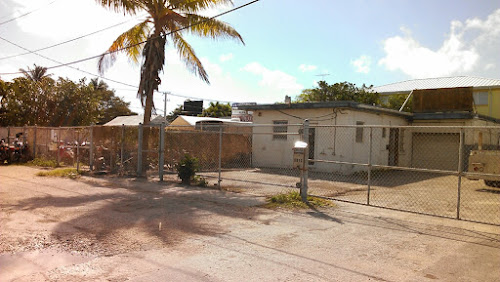 The concept of one human family, the motto of the city of Key West, approved years ago by the city commission to express solidarity with gay Key West, gains new and ironic meaning as money strangles these islands. Here the free stickers are used to cover a failing window in another Stock Island jalopy: 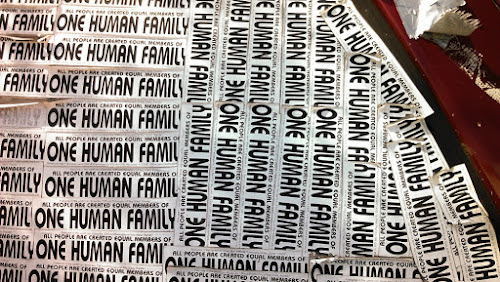 The new CVS pharmacy is one more nudge in the direction of gentrification. To me it looks like the US embassy in Bagdad, a towering pile of cleanliness, crisp black asphalt, street lights, a beacon of progress on an island that's messy, disorganized and eminently human. 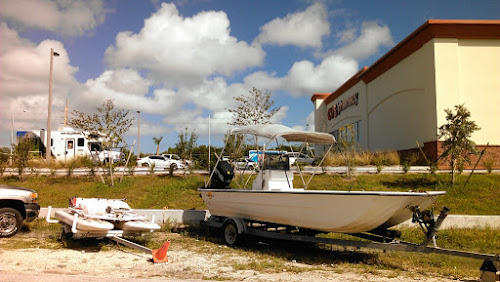 Across the street Coral Hammocks gated community is out if place in the same way. Trees surround homes protected by fencing, homes in the Key West style, crammed for maximum return on the location where the trailer park of the same name used to exist alongside US Highway One. I used to see a bar there as I rode to and from work. "Free beer tomorrow!" was the cheerful sign above the door. Then finally they crossed out "tomorrow" and hand painted "today" on the last day of operation. 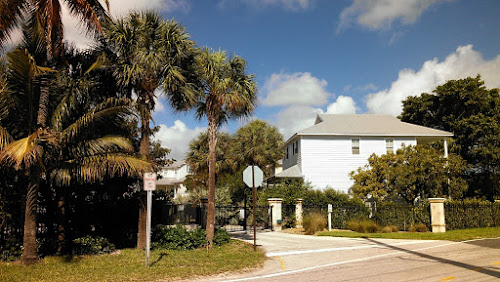 On the other side of the island gentrification has transformed old dirty marinas into country clubs. These facilities face an interesting future by comparison: 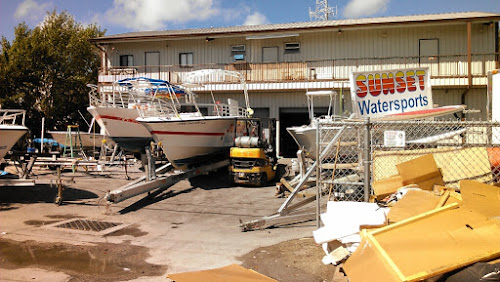 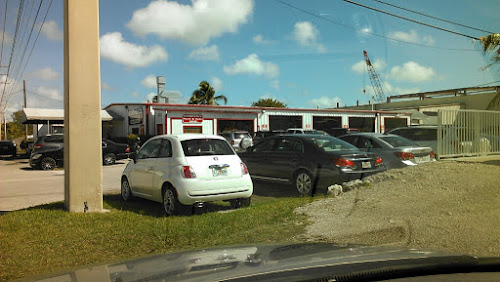 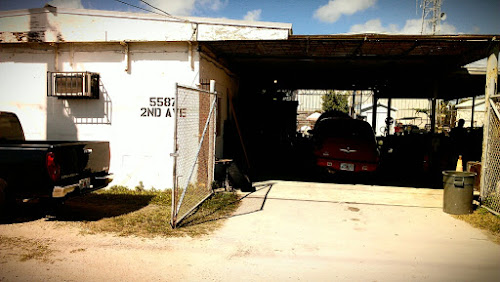 And this low income housing? Maybe these will survive. They will need the labor won't they? Even though the new hotels are said to be planning to create on-site worker housing for staff. 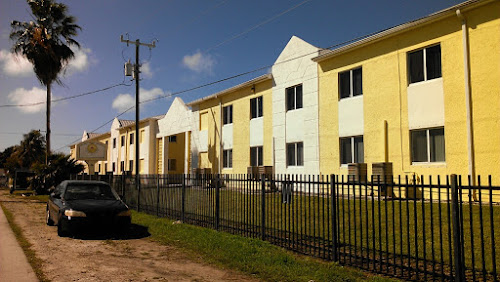 May we live in interesting times. In places where tourists never go.