To live in the Florida Keys, this group of islands said to number 1700 total specks of land, you have to accept certain things as ineluctable truths, one of them being that the topography is never going to change. This isn't earthquake country, or earth slide country, nor will volcanoes spew more land into the ocean. Around here the only likelihood is that later this century rising tides will make these islands uninhabitable. Meanwhile we have this: 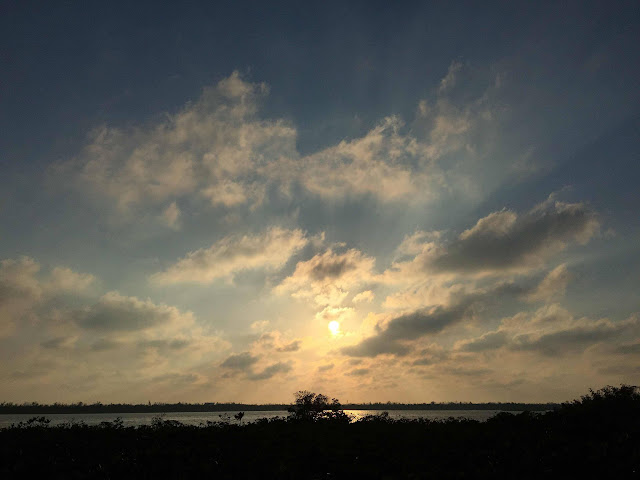 And we have dogs. Rusty doesn't worry himself too much about rising tides. When the land runs our or gets too wet he avoids the problem. He enjoys the cold the few times we have traveled into frosty country and he likes woods and hills but in the mangroves he runs like the wind.  Places that you think would confound a double jointed snake, my Carolina Dog slips through with ease. 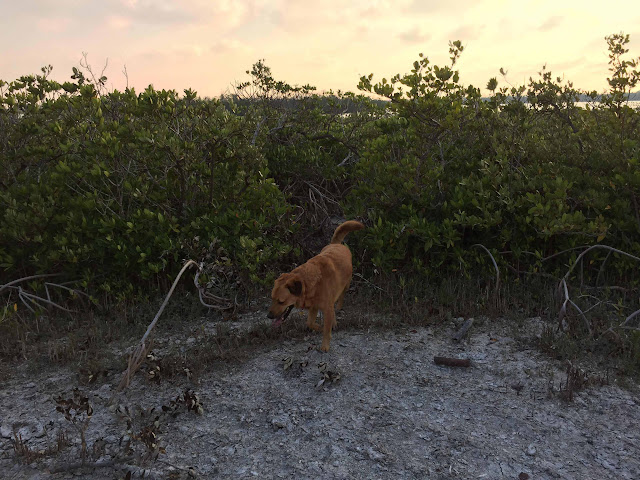 I walk the trails and he criss-crosses my path occasionally allowing me to spot his big curved tail furry like a banner riding through the bushes. And these bushes are what constitute woods in the Florida Keys, lumps of limestone and coral that can barely support saplings never mind majestic stands of trees. And I discovered recently not everyone knows  what a  mangrove looks like. 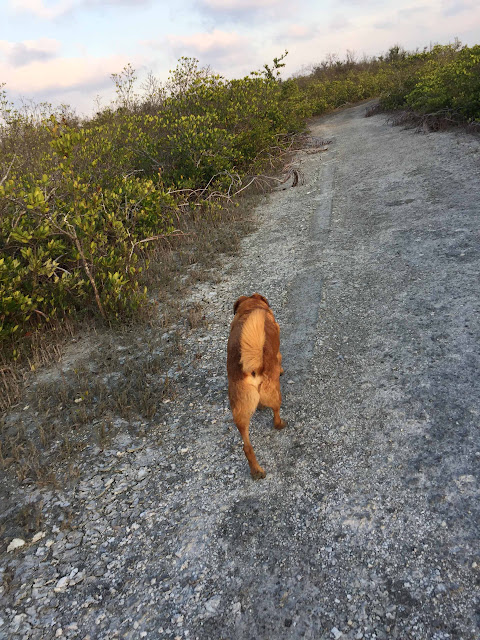 These are the roots of the red mangrove, the creepy feral jungly mangrove that everyone I thought, had heard of or at least seen in the movies. They propagate by dropping seed pods into salt water or by walking their roots across the ground then drilling down as they go. Fearsome stuff because these roots will close the trail eventually: 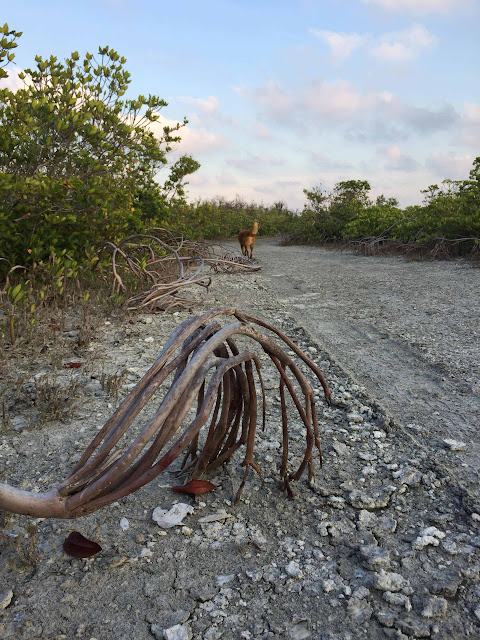 I was at work and I got a call from a national crisis support hotline reporting a  client, said to be in Key West was thinking about committing suicide. It was one of those hours-long pursuits trying to figure out a location for the wandering lost soul and pairing him up with a searching police officer. In the end he was fine and the story went away like so many 911 calls do, into the vault of my memory. However one feature stuck in my head so much so I determined to write an essay on the subject. 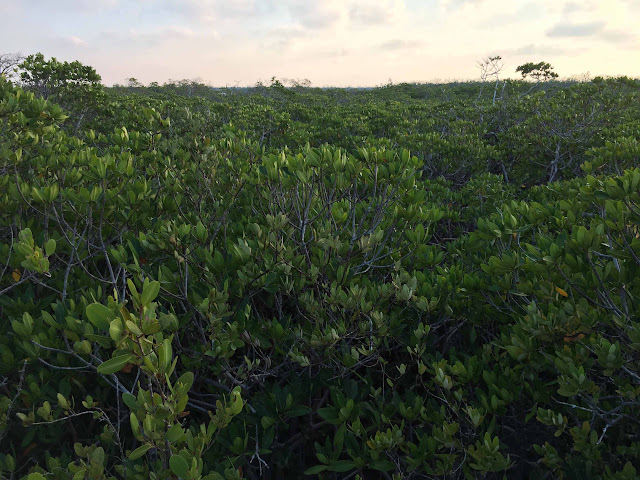 One of the crisis counselors called back with an update to advise us the lost client told them rather vaguely he was on a beach on North Roosevelt in the mangroves. A beach? On the boulevard? In the mangroves?  Okay then, we sent officers off to hunt for the depressed man. Meanwhile the counselor on the line asked me tentatively: Does that make sense? Well I said there isn't any beach on North Roosevelt but there are clumps of mangroves. Mangroves she said interrogatively, I was wondering that they are... I wanted to package up some of the leaves of the red mangrove, the ones that turn salt water into fresh for the plant to use and send them to her wherever she was. Somewhere mangrove-free apparently. 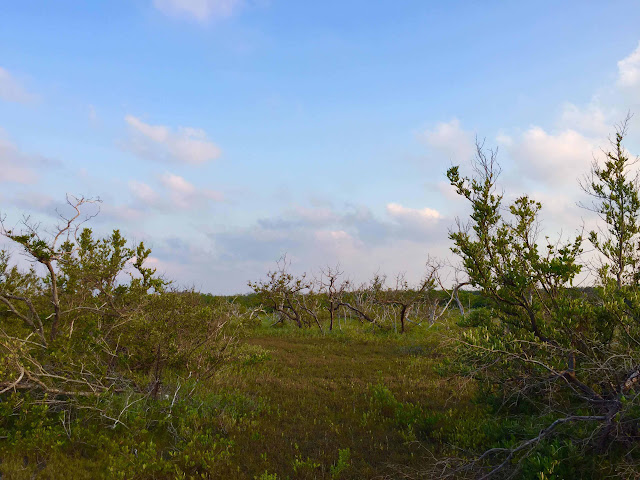 There are times when I wish I had something other than mangroves and their cousins the buttonwoods to look at. I was looking back at pictures of our road trip to Quebec and Vermont, Rusty checking out the St Lawrence River... 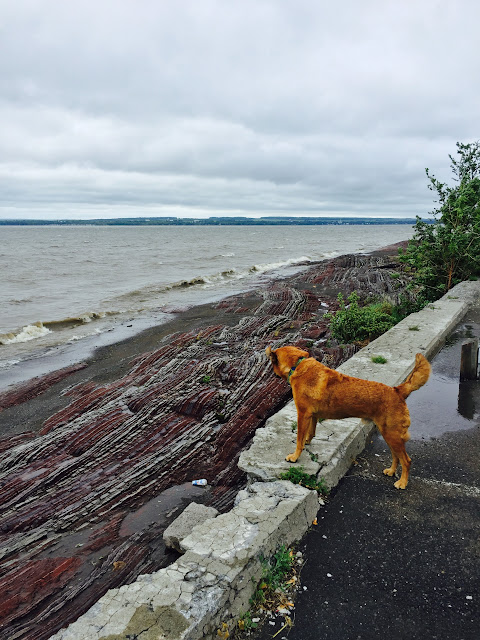 ...and running through the deciduous woods of the Isle d'Orleans... 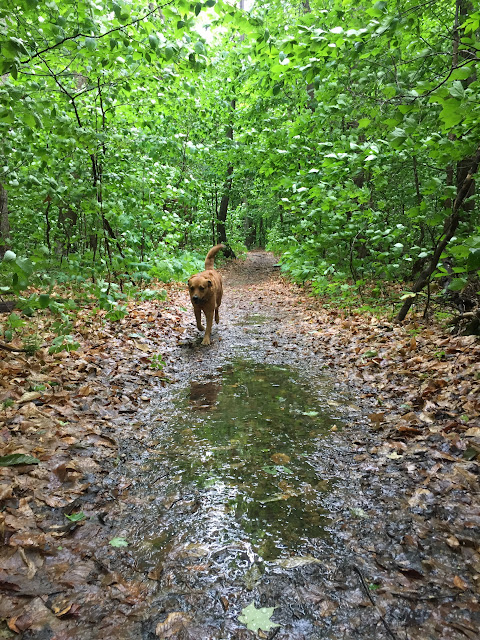 I know he likes these wildernesses, these familiar South Florida landscapes: 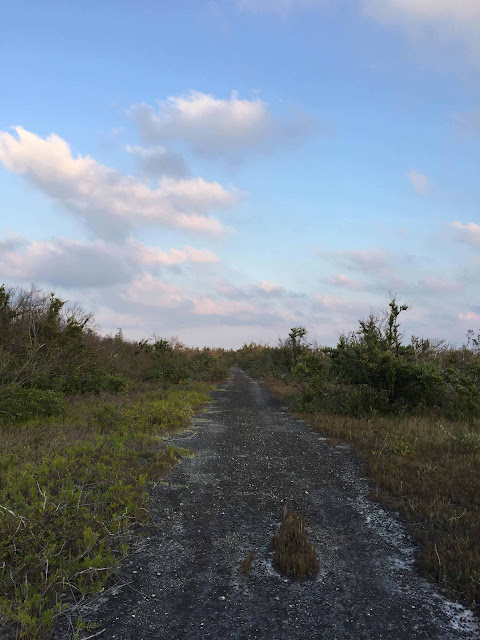 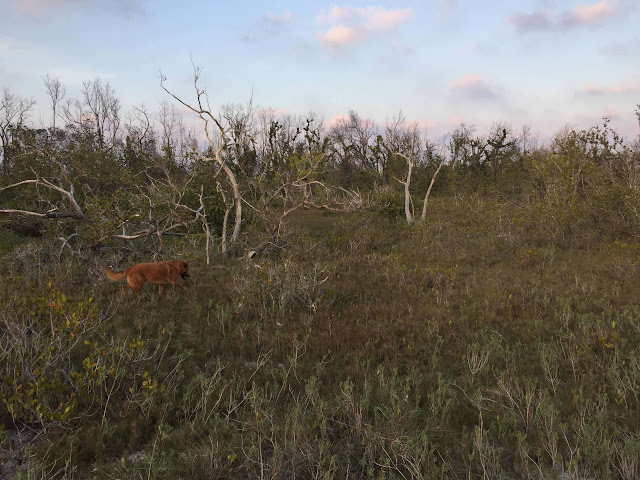 But I wonder if he misses the lush landscapes of the north, like the cider orchards outside the City of Quebec: 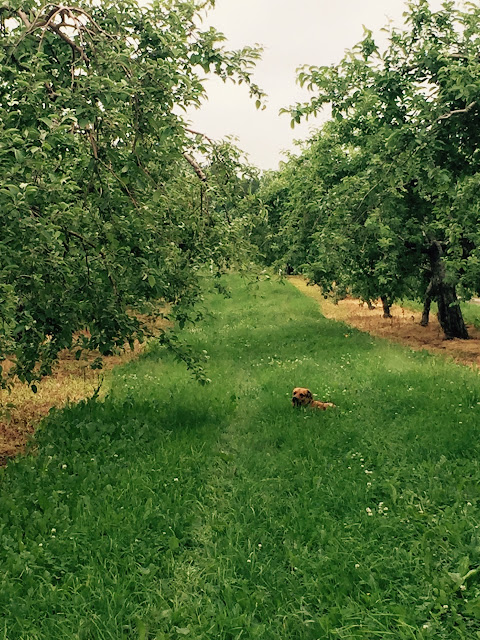 There again beauty is where you find it. 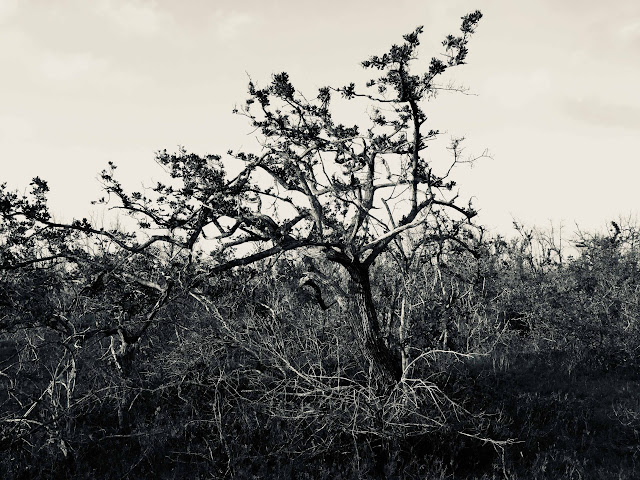 And we enjoy our walks together even in these mysterious mangrove forests. Which as you can see are as flat as the proverbial pancake: 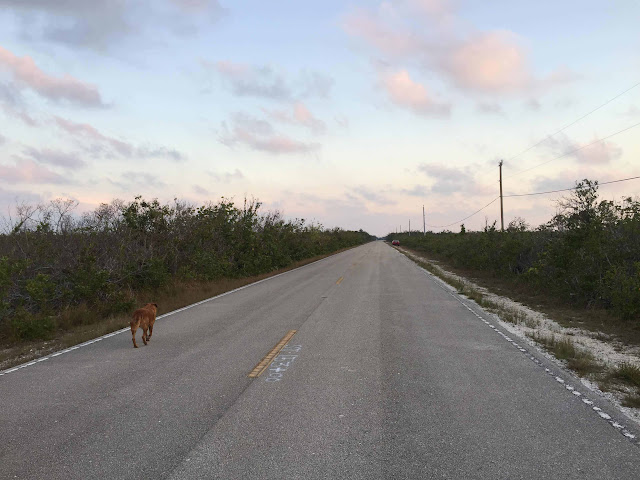 A well earned gin and tonic for the dog: 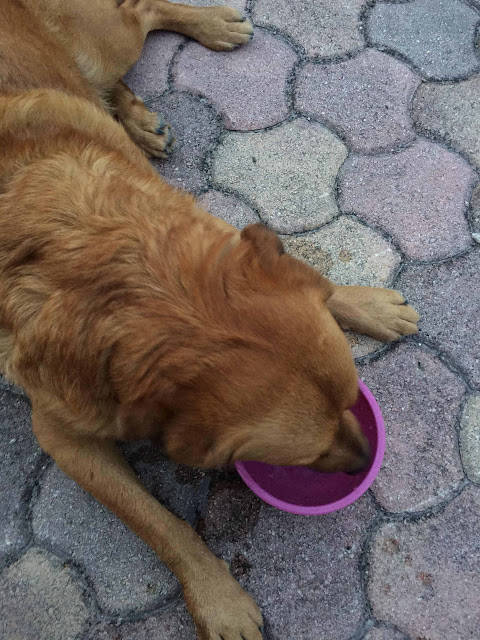 And cold tap water for me.
Posted by Conchscooter at 12:00 AM 2 comments: