Many people who live in Key West and don't drive up the Keys have a tendency to forget things are cleared up everywhere like they are in the tourist centered city. But even here a few signs of hurricane damage linger, like the drunken lamp atop the post at the AIDS Memorial at the White Street Pier; 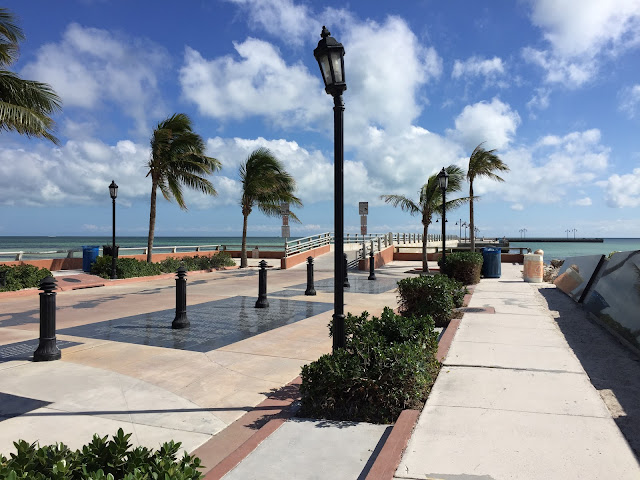 A couple of months ago it looked, not damaged but raggedy, so its been quite nicely spruced up to hide any evidence of the passage of a  Category Four storm. 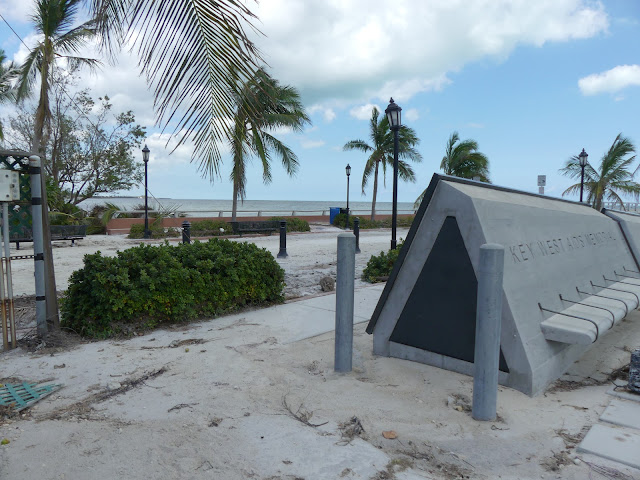 Rest Beach was made whole after Hurricane Wilma in 2005 with beds of sea oats and nice landscaping but all thta has been shot to hell once again. 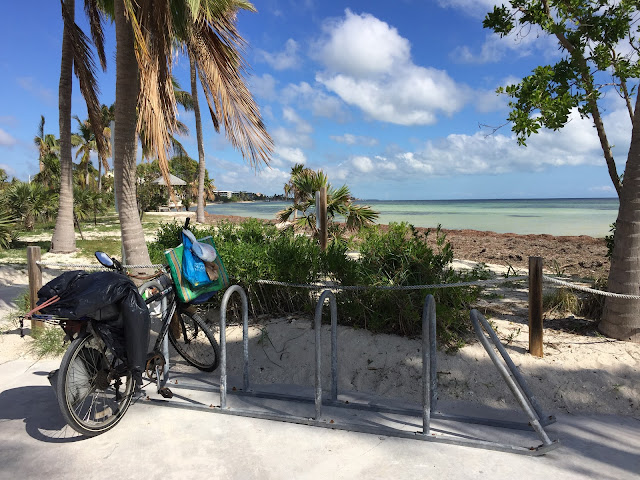 The AIDS Memorial was a response to the deaths of hundreds in that distant era when Gay Related Immune Deficiency was slowly transformed into AIDS and all too often proved fatal. It was a time when Gay Liberation was a notion nationally and a reality in a few small corners of the country. Key West being one and thus susceptible to a vastly disproportionate number of deaths from this weird new plague that terrified everyone. 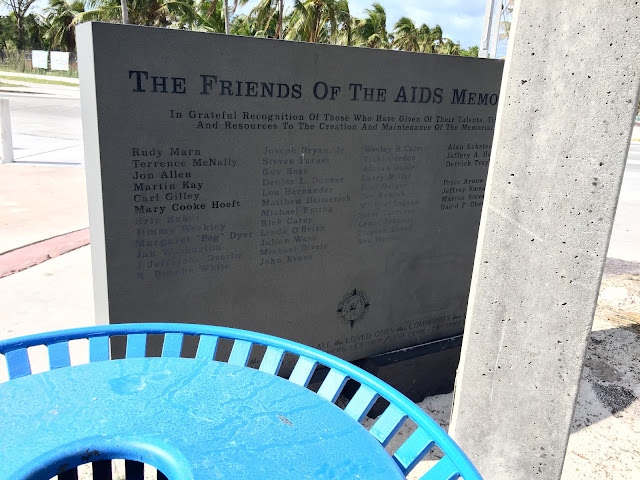 So they organized a memorial with lots of plaques and many words and names and thoughts concentrated into this small space. Small because there isn't a lot of space on this tiny strip of land. 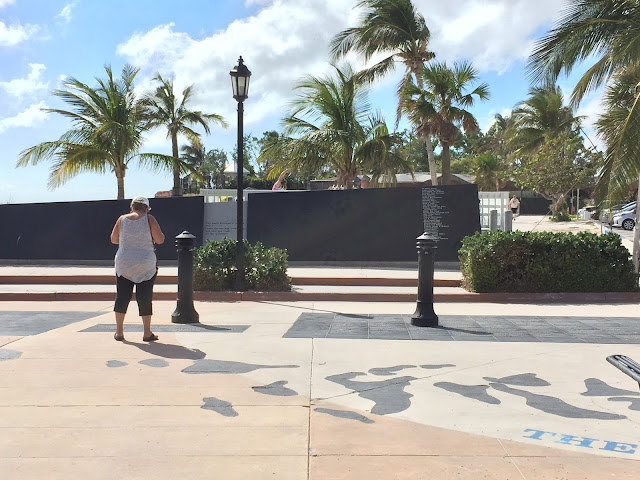 I wonder what the memorial means to people too young to remember. Nowadays AIDS is just another nasty illness treated with many expensive chemicals and is no longer the sudden nasty death sentence it once was. 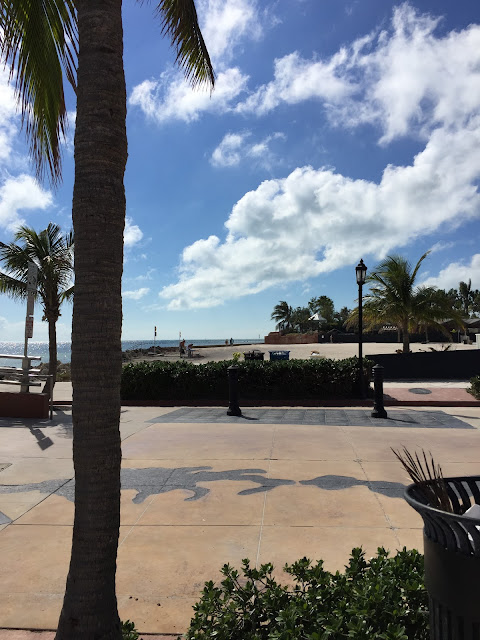 I did not live very long in Key West in the 1980s so I had the pleasure of living with the unfolding drama in California in another town with a high gay population ( I do do that don't I?). In fact I lived in the house where the first AIDS related death in Santa Cruz county took place so I got a ringside seat at the rapid and total destruction of a human being by the mystery virus. Perhaps that's why this place means something to me. That and the fact I did know some few of these names and remember them as people. 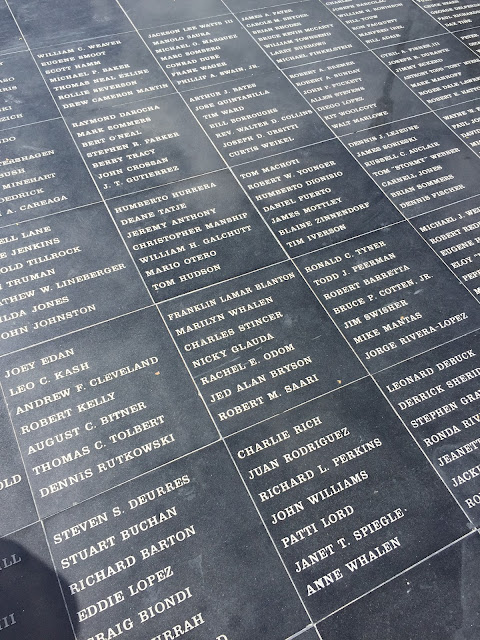 There are lots of them. 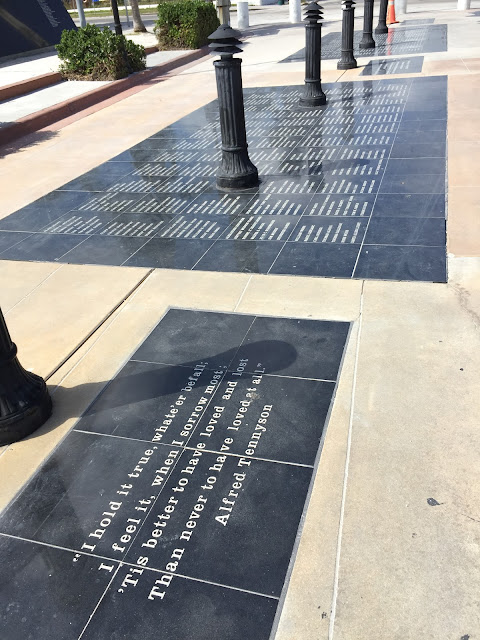 And there was corporate money to help build this monument. AIDS was profoundly political in the early days, another sore point for those who witnessed the plague  amid official indifference. 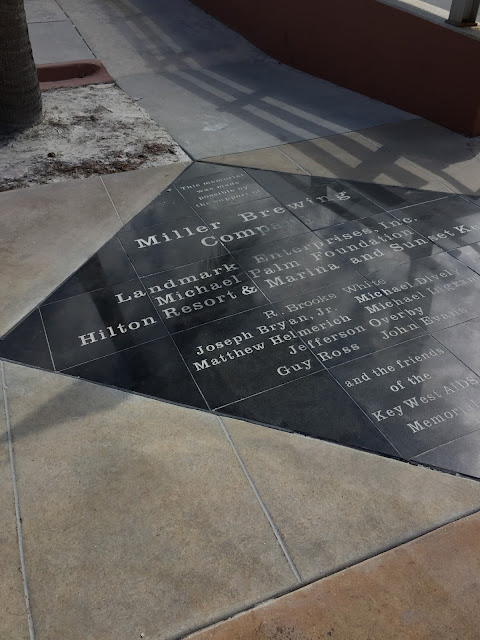 The artistic representation of the Florida Keys: 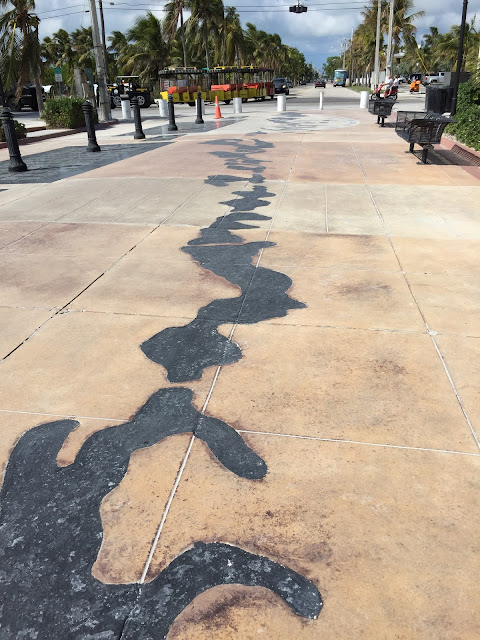 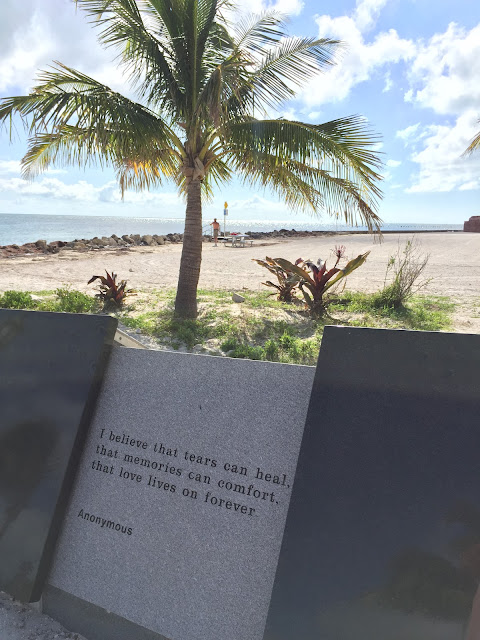 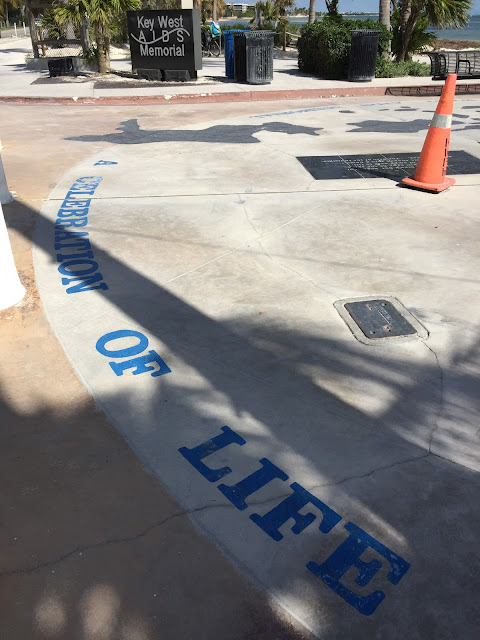 A celebration of lives lived and cut off early is how I see it. But then I'm not very good with the sugarcoat.
Posted by Conchscooter at 12:00 AM No comments: