A friend of mine has an adult child with cancer, a young man just old enough to be beyond the age of coverage under his parents’ health care plan. After nearly killing him, the dreaded Hodgkin’s lymphoma is in remission. But he’s still a pariah in the eyes of the insurance industry, which means they can deny him a policy that might save his life.

Not for long. In six months’ time, the heartless practice of refusing to let sick people buy affordable health insurance — private-sector death panels, the most odious kind of American exceptionalism — will be illegal from shore to shore.

“I can’t wait for Obamacare,” my friend gushed the other day. And she’s not alone. About one in 10 people with cancer in this country have been denied health coverage.

The cartoon version of the Affordable Care Act, that much-loathed government takeover of one-sixth of the economy, is now moving from Beltway gasbags and caricaturists into the hands of consumers. Its fate will be determined by the countless anecdotes of people who will apply the law to their lives.

The early indications are that most Americans will be pleasantly surprised. Millions of people, shopping and comparing prices on the exchanges set up by the states, are likely to get far better coverage for the same — or less — money than they pay now. The law, as honest conservatives predicted, before they orphaned their own idea, is injecting competition into a market dominated by a few big names.

What will happen if, in the end, Obamacare really works?

You won’t hear this from the entrenched forces that have spent about $400 million denouncing the law on television ads, groups like the Karl Rove-backed Crossroads GPS. They have good reason to fear it: if Obamacare works, the game will be over for those who oppose the most significant change in American life in a generation’s time. You also don’t hear much from Mr. Obama himself; once again, he’s a passive observer of his presidency.

But out among the states that are actively building the foundations of Obamacare, the law seems to be doing what it was supposed to do. In Washington State, nine companies have filed paperwork to offer policies in a region that has long been controlled by three big entities.

“The surprise is that, for many in the individual market, the premiums will be lower and the benefits so much richer,” said Mike Kreidler, the state insurance commissioner in Washington. “Eventually, I can see the Affordable Care Act being embraced like Medicare, because once people get used to this kind of coverage, it’s going to be a pretty abhorrent thing to try and take it away.”

In Oregon, brisk competition will mean real choice for consumers. Starting in October, a 40-year-old resident of Portland can choose between one insurer charging $169 a month or another asking $422 for the same plan. When these rates were first posted not long ago, some of the companies requested a do-over so they could submit lower rates. Yes, lower rates. So much for a government takeover.

In California, 13 companies will compete for the business of 5.3 million or so people expected to purchase insurance through the new exchanges. Officials say the average monthly premium will be $321 — that is, $110 less than the national average predicted by the Congressional Budget Office.

All of the above are for individuals, shopping for their own health insurance as required by the new law. For the majority of Americans, those with employer coverage, Medicare or Medicaid, little will change except that insurers can no longer put a lifetime cap on benefits. The biggest change, the one likely to drive public perception, will be felt by people long denied care because of “pre-existing conditions.” Soon, they will pay the same insurance rates as healthy people, and get second chances at life.

As well, there’s a bonus opportunity for those stuck in jobs they hate, holding on only because they need the health care, for a take-this-job-and-shove-it moment. Moderate-income families qualify for significant bargains, using the subsidies of Obamacare.

Of course, you can expect scare stories and Fox News alerts about higher premiums. These anecdotes will focus on young, healthy people with no coverage who will have to join the rest of the country in the insurance pool, or pay a fine. Some employers will also choose to pay the government rather than insure their own workers, but you won’t find too many of those listed among the best places to work. And we’ve already seen claims of skyrocketing premiums under the new plan, but those have been widely debunked as fraudulent comparisons between the bottom-of-the-bin teaser rates of today and the substantial packages of coverage required in the new law.

It’s a fascinating moment, akin to the dawn of Social Security or Medicare. Republicans in the last three years actually did the country a favor by wildly overstating the case against a middle-ground approach to getting the United States closer to universal health care. As in 1935 and in 1965, the ossified right is warning once again of an impending end to American life as we know it. Thankfully, they’re right.

Posted with Blogsy
Posted by Conchscooter at 6:00 PM 5 comments:

I have written about Flakowitz previously, a well hidden step mall deli off Boyntpn Beach Boulevard, close by the Turnpike's exit 86. It's a four hour drive from Key West but we tend o stop here when we pass by because my wife misses her Jewish roots from time to time. 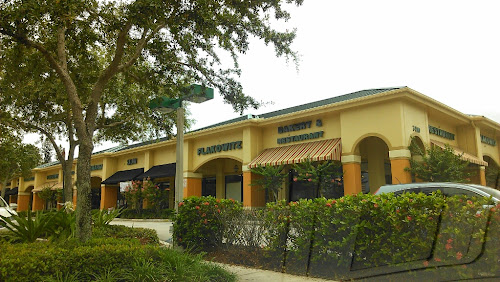 Because I grew up in Italy, land of the colorful food I tend to joke with my wife that Jewish food is all brown and white, a suggestion she rejects pointing to the use of beets to make soup. Russian food I reply, as we load up with knishes and pastrami and challah. There's plenty to choose among at Flakowitz's: 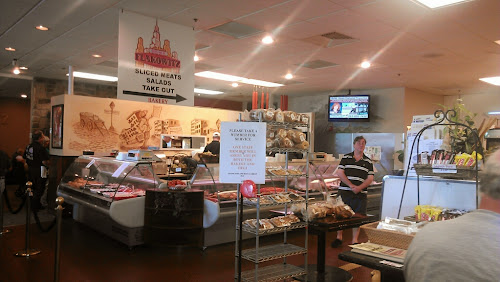 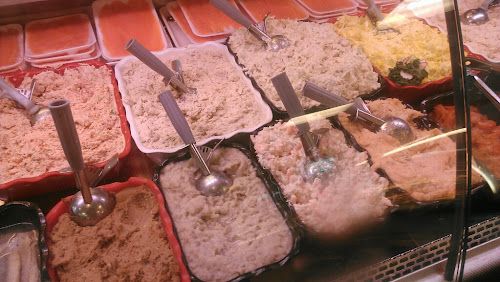 Mac and cheese is yellow but is it Jewish? 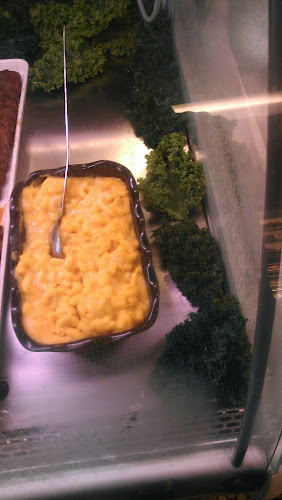 All this and pastries and cookies and bizarre Jewish candy that come sin brown and white wavy blocks... 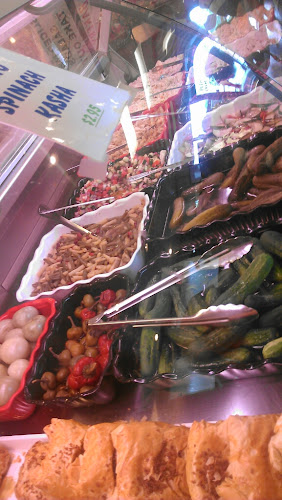 My wife likes to make soup so when I was coming home from Pennsylvania I stuck to the shopping list she sent, including chopped liver which I put firmly in the in edible category alongside whitefish in brine. 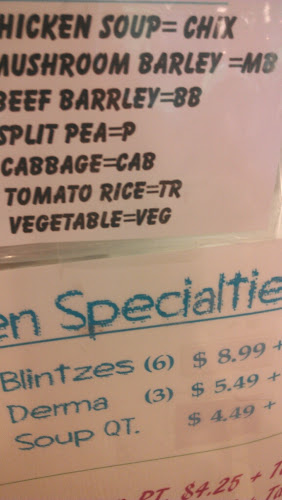 I am quite find of prune hamentashen which she ,ysteriously left off the list so I added a couple for me. 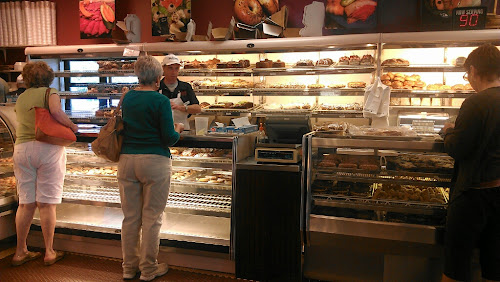 It ended up being a fifty dollar picnic which we spread over a weekend of proper Jewish food in the Keys. 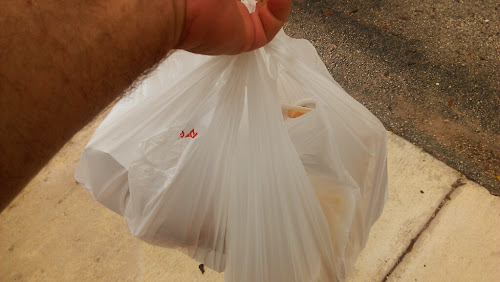 I  am reminded of all this as today is the day I take my chompers to the dentist for a check up. Good teeth need good food.