It is a good and necessary thing when you live in a tourist town to find ways to bring people into said community in those times of the year which could reasonably be described as low season. This is the time of year Key West momentarily resembles Pamplona and bearded men dress in white with red neckerchiefs to honor the late great San Fermin. Why? Because it's Hemingway Days of course!

This year this day would have marked Ernest Hemingway's 114th birthday and so it is that today wraps up the annual Hemingway Days festivities in Key West, a week of silliness that as one winner of the lookalike contest was rumored to have remarked, is the only way left for an old guy to get a girl's attention. Personally I prefer beareded anonimity to being seen pushing a papier mache bull round the block but I'm just a spoilsport when  it comes to dressing up... perhaps the remark had basis in reality:

I have not fully plumbed the reason for Key West's fascination with the writer who spent a more or less unhappy decade in Key West with a wife he was apparently not suited to and in the midst of a tourist  turmoil he attempted to keep at bay with the famous brick wall he had built around his home which is the city's major attraction to this day: 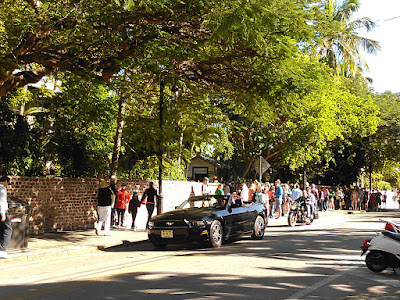 The fact is Hemingway loved fishing off Key west and the pictures we have of him from that time in the 1930s he did not look one bit like a fat onld man with a beard. Quite the opposite in fact. 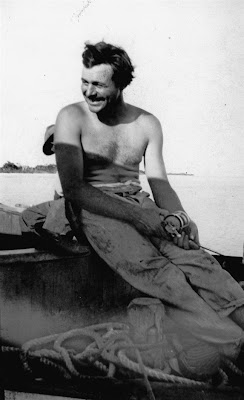 Hemingway left Key West just as the old railroad was converted into a highway in 1938 bringing the promise of an end to the island's isolation. He went to Cuba and settled into his favorite residence of all Finca Vigia (Overlook Farm in English) on a hill above Havana. It is kept in apparently identical condition to when he left the last time though the Cuban government ha snot spent the money needed to keep the museum in perfect condition according to friends who have visited the place. Kathy went to Cuba on some authorized cultural exchange and brought me back a treasure trove of pictures  from  Finca Vigia. 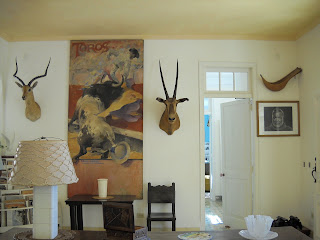 That was where he apparently started to get "the look:" 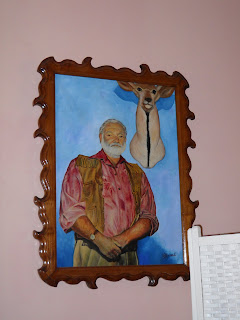 None of which is intended to diminsh Hemingway's connection with Key West but sometimes I do feel it is rather overplayed. Consider how many other writers have made their temporary winter homes in Key West, none of them perhaps as butch and manly as "Papa"  Hemingway but valued writers nonetheless. I find it hard to imagine Key west celebrating Elizabeth Bishop Days or Tennessee Williams Days with the same ferocity that the old man from the sea seems to require...His writing room on Whitehead Street: 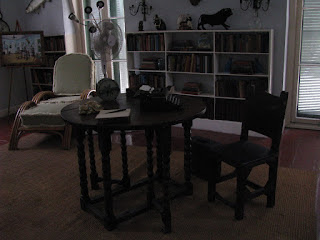 Yet what we do have is some real history, an arrival, a forced stay, a building appreciation for the city, stories, writing and the puchase of a house thanks to his father-in-law's help. A few years ago the city had a community reading event where everyone was supposed to get into the novel that was written in and of Key West, and though I am not a great fan of his urgent abbreviated style I joined the effort. And indeed the novel does carry a peculiar disjointed plot but that nevertheless offers some portraits of life in key West during the Depression that resonate today. The more things change, the book says, the more they stay the same. The public read went off like a damp squib but reading seems to play second or third place to drinking and fishing in the Southernmost City. 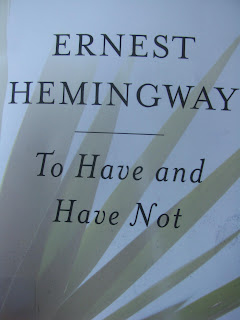 All of which may go a long way to explaining why Hemingway is Key West's Big Kahuna of the Arts. Mario Sanchez, Key West's nationally recognized folk artist paid tribute to Papa in his renderings of life as it was in key West, seen here in his striped matelot shirt giving away surplus catch to his neighbors, before he put up the brick wall around his home: 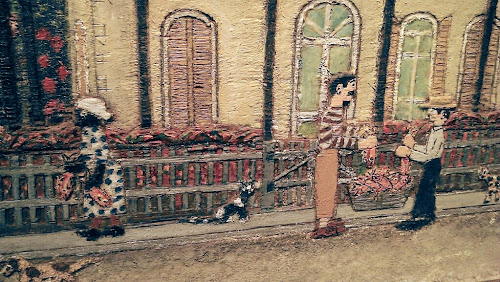 And so nowadays we live in a town where bars argue over which one really represents Hemingway's favorite, as though that matters. Apparently it does evemn though I cannot imagine Hemingway choosing to drink in either one that claims a connection to him. 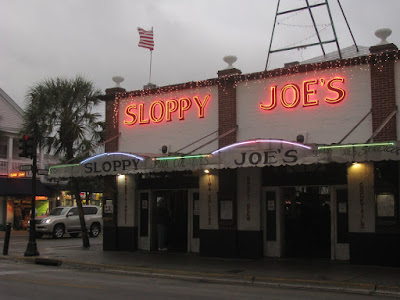 All that aside Hemingway Days is a chance for some silly fun, Hemingway has long since gone to his reward so I doubt he very much cares about what happened in his wake and his grandchildren can often be found in town expounding on their connections to the Nobel Prize winner. 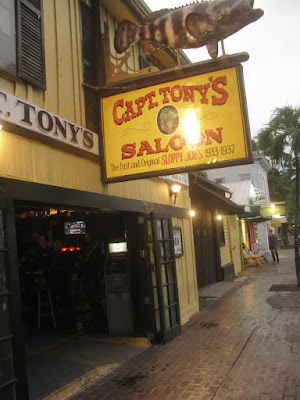 Mind you, if you asked me much about my late lamented grandfather I have very little idea what I could say that would be of much use. esepcially if my grandfather were as studied analyzed and written about as was Ernest Hemingway.  Happy birthday I guess is all that's left to say.

And I hope everyone that needed to made the necessary buck.