I took a few pictures at Mallory Square in strong north winds.
The pilot boat heading to the harbor mouth to meet a cruise ship. 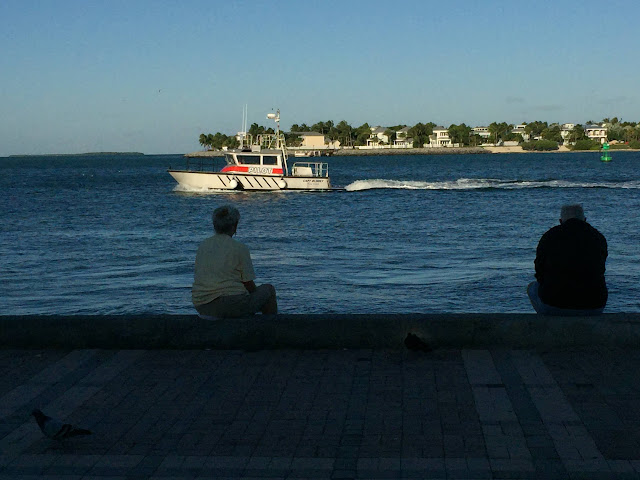 This guy saw Cheyenne coming and made noises and she let him pet her for a moment.  I guess he is homeless but his outfit was coordinated. The bums never bother me in Key West. Perhaps I give off some anti magnetic vibe. Perhaps it's my beard. 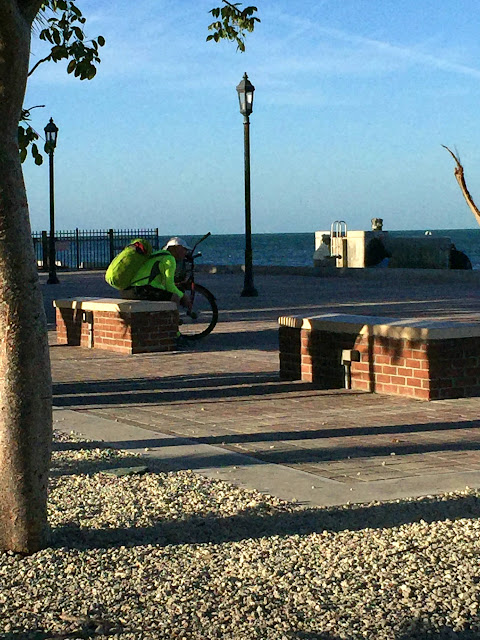 I fiddled with the picture below and manipulating the settings I  turned it into something other than a photograph. An interpretation of an impression of people taking their constitutionals in the public plaza. 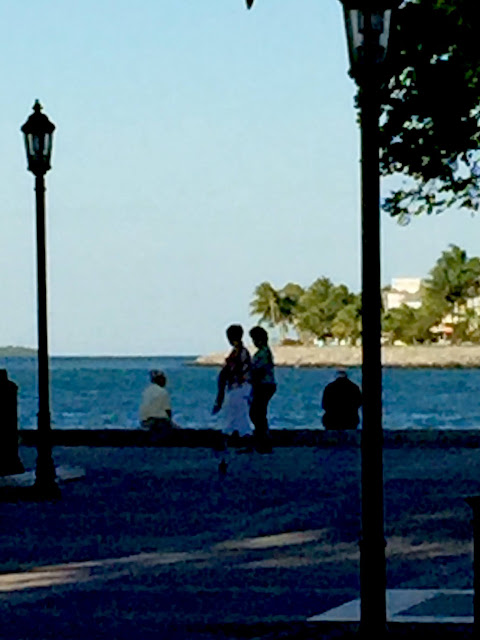 There's a story there, in that drinking pineapple. No idea what it is, abandoned outside the urine smelling restrooms. 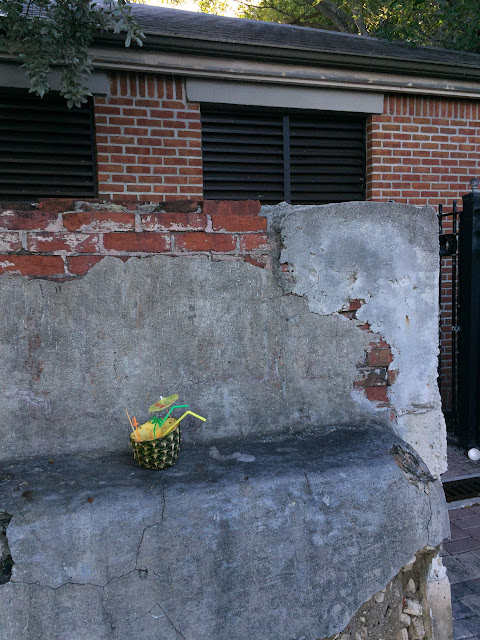 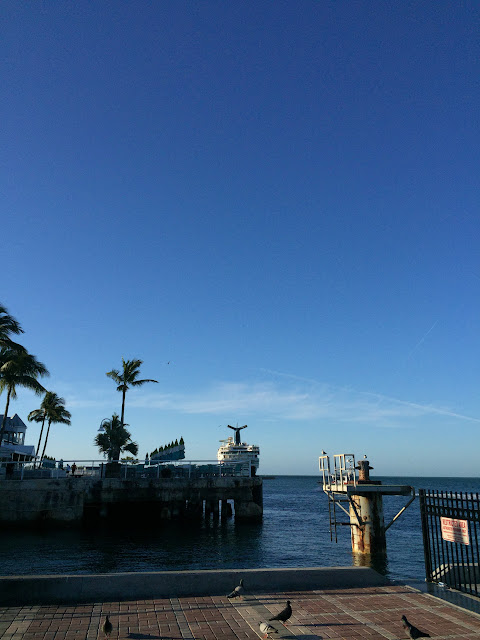 A man and his rooster. Or more likely, a man and a public rooster wandering by. 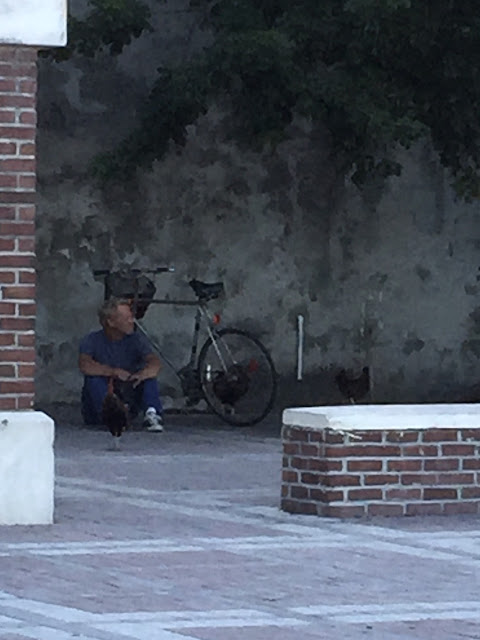 A bum most likely and he didn't bother me a bit. I need to bottle my bum repellent properties. I do shower, I swear it.
Posted by Conchscooter at 12:00 AM No comments: