This was then, at Oceanside Marina:

In 2013 local developer Pritam Singh bought Oceanside Marina from the bank after a local company called Cortex blew up taking several notable quasi-developments with it. Singh told the paper he paid five million for the marina and in 2013 had plans to spend 25 million upgrading the docks. 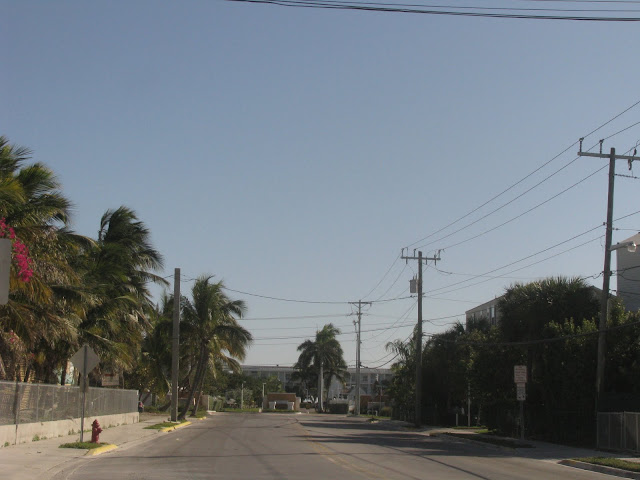 From the Key West Citizen, June 13, 2013, an interview Pritam Singh gave:
Rows of boat slips will remain untouched, as the slips were sold to individual owners. Singh said he purchased 8 acres of upland and 4 acres of bay bottom.
He has been working with Monroe County planning staff for the past several months to determine how much development can occur there. But he added that he plans to keep it a sportfishing marina.
"The saying is, 'The legend is back,'" Singh said. "It's beautiful. It's an extraordinary site."
Singh called Stock Island an up-and-coming community with a lot of potential. He cited the success of restaurateur Bobby Mongelli, who owns Hogfish Bar Grill and Roostica on Stock Island.
He also referenced the changes being made on Shrimp Road, on the other side of Safe Harbor, by the owners of Stock Island Marina Village, who have built a dog park and community garden on their property, extended their piers and are looking at building a hotel on Safe Harbor.
"Stock Island is great," Singh said. "It is fabulous."
That was in 2013 according to the Citizen newspaper. This is now, fabulous or not here comes development: 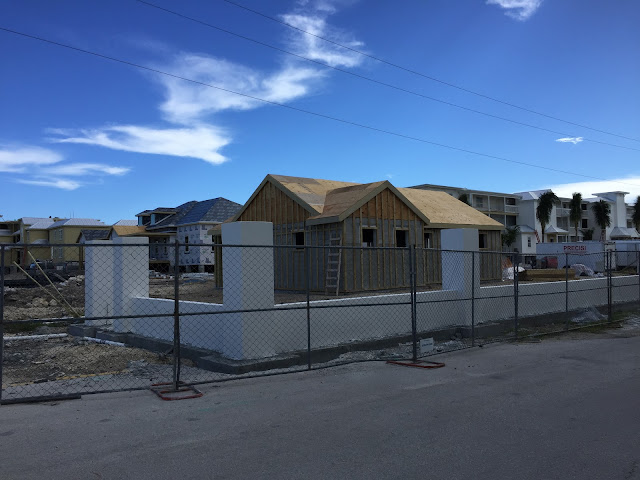 The old Hickory House restaurant, sold in a  sweetheart deal to Monroe County for several times its true worth is gone. Singh bought it from the county for its true value and the county lost millions. 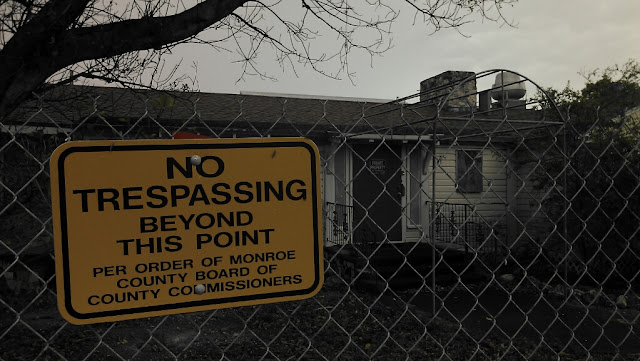 Like they say, paradise paved over and a parking lot built: 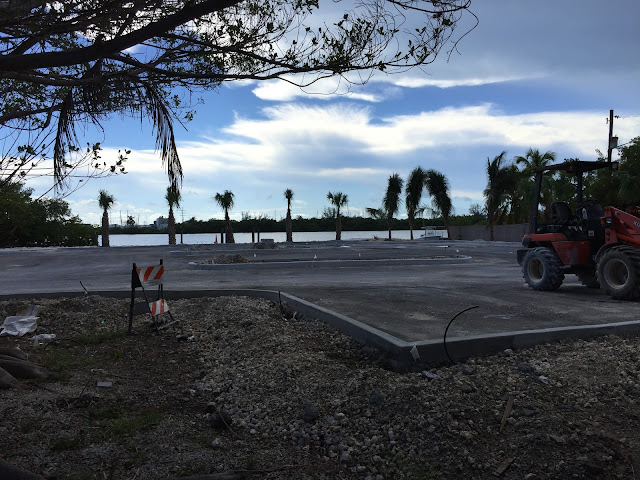 Perhaps it wasn't exactly paradise but it had a funky air that somehow appealed, even after the county fenced off the docks as being too dangerous for human consumption: 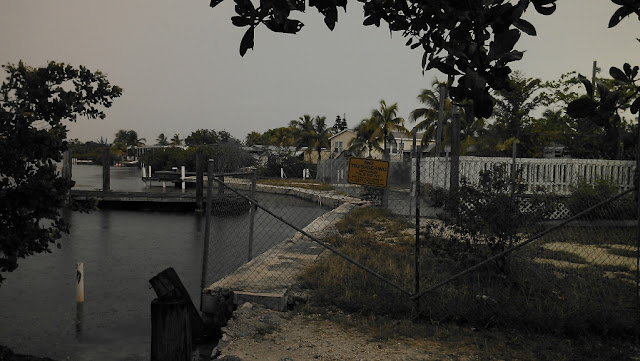 Now  we are told a hotel in the inimitable "Key West style" is starting to appear where the engine shops at Oceanside marina used to be: 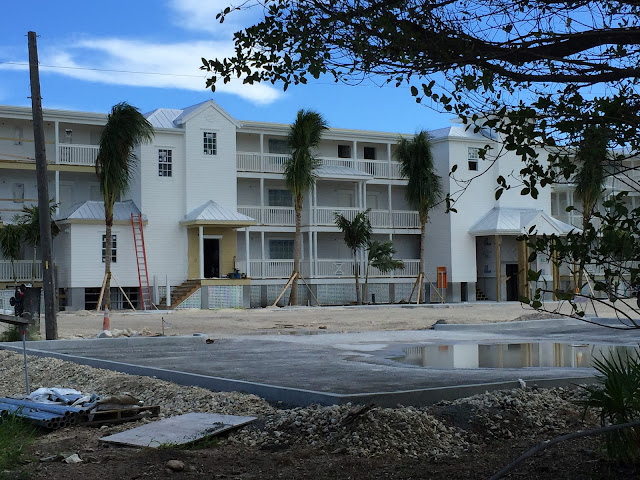 One can only suppose it will end up looking like an extension of Truman Annex. Yesterday: 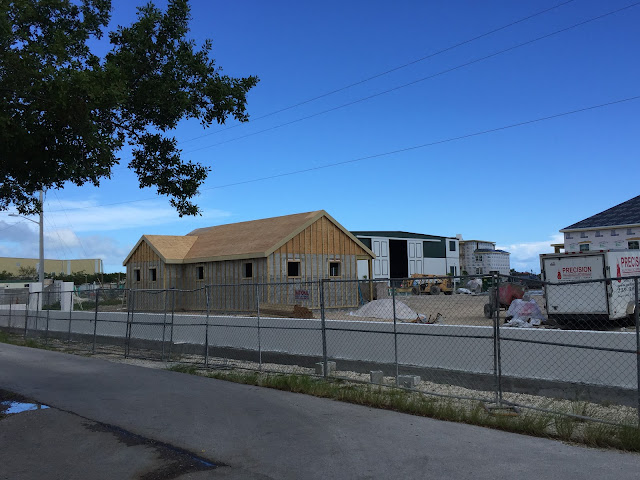 The marina is still functioning behind the construction. Today: 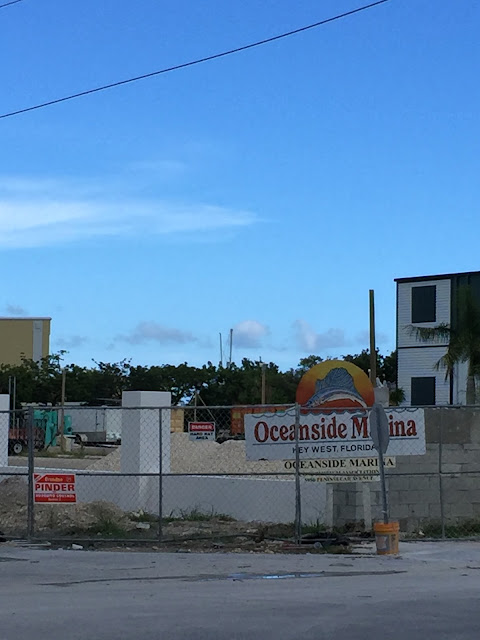 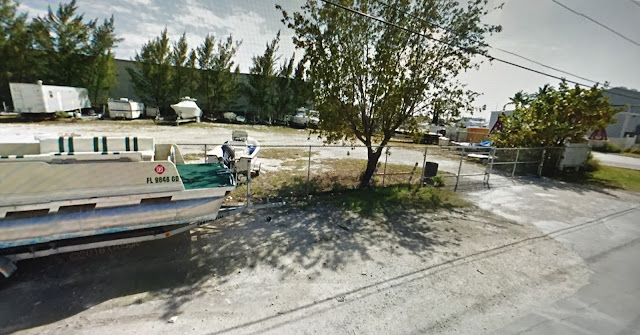 As has been pointed out to me anyone who rents an expensive resort hotel room here, a couple of miles away from the city of Key West, has a pretty gnarly drive to get through Stock Island. There is not much that's quaint here unless run down trailers and actual commercial fishing rates as "quaint." 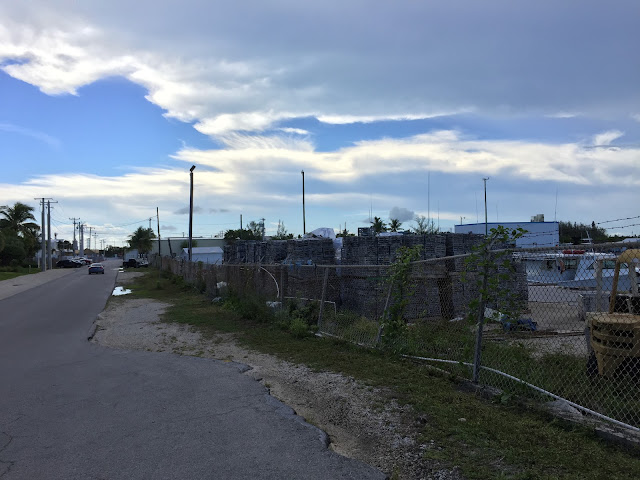 There is a lot of light industry on Stock Island including of course all the services that maintain fishing and recreational boats. There are the services that keep the city going, plumbing, iron works, plumbers and so on. None it could be considered scenic or tourist friendly. 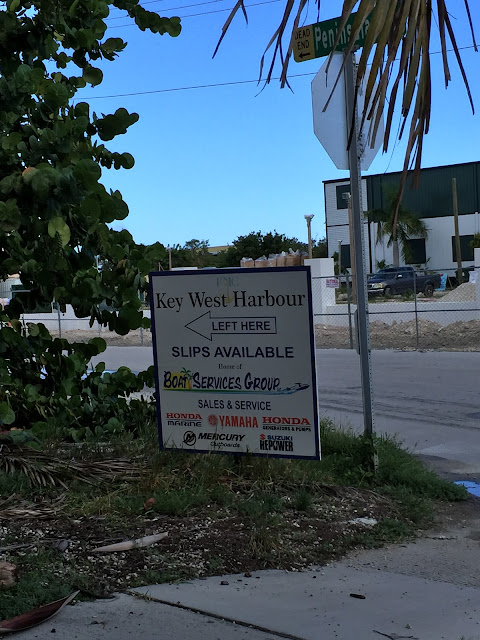 The main road to US Highway One is Maloney Avenue  and its pretty working class. 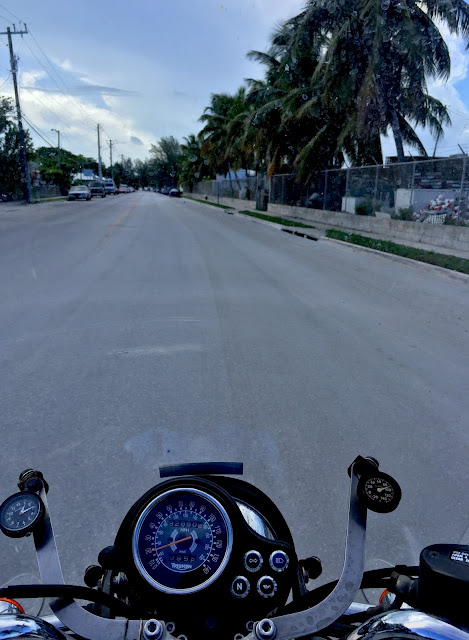 I just don't know how long this worker housing, old trailers, can last as the development juggernaut finally gets into high gear. It's where housekeepers, waiters, shop clerks and boat captains can afford to live. I envision a future where workers will be imported and housed in dormitories. 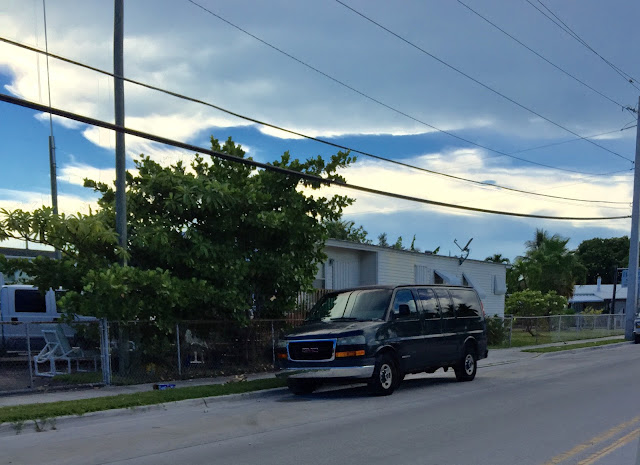 Maloney could use a smooth coat of pavement to get rid of the absurd dips and weaves in the surface currently. And if the plan to draw tourists works that is sure to happen after years of neglect. 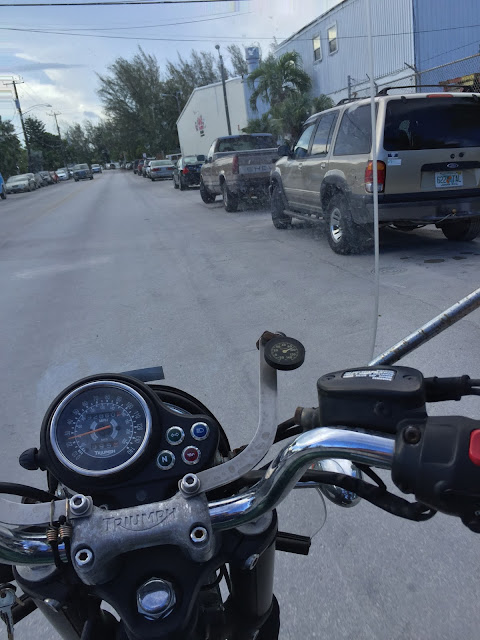 The construction at the end of Maloney Avenue is making real the plans and warnings issued repeatedly over the past few years. 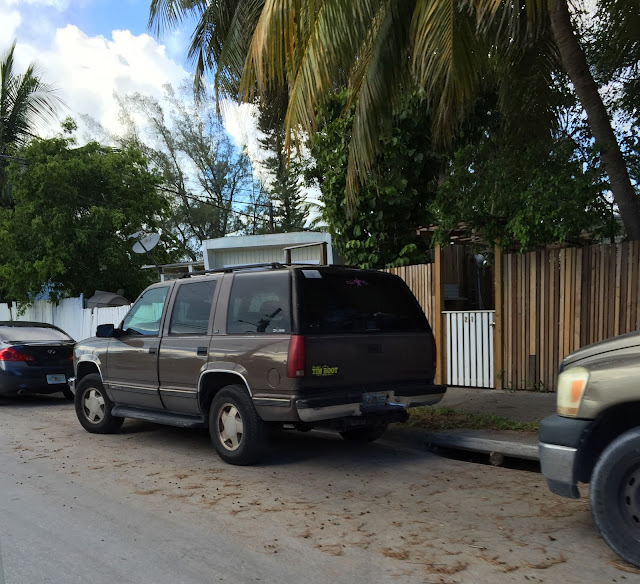 Development isn't coming to Stock Island; it's here.
Posted by Conchscooter at 12:00 AM 4 comments: