Higgs Beach between the pier and the Martello Tower was empty so I sat at a picnic table and soaked up the sun. White Street Pier was busy and I was content to watch the pier through 400 mm of telephoto. It used to be called solitude and now we call it social distancing. 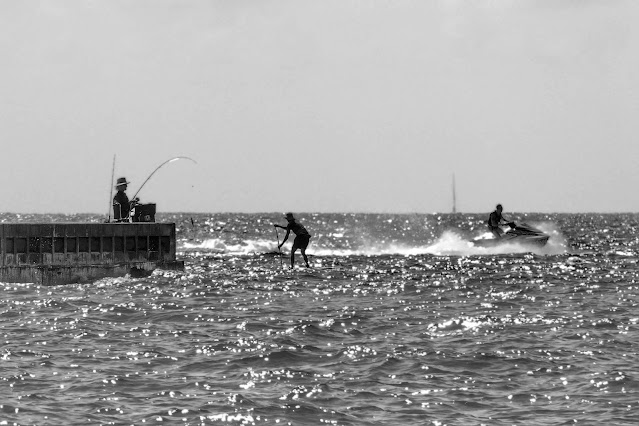 So much to see as you stroll White Street Pier. They call it the Edward B Knight Pier after a developer in town who died recently but locally it's just the "White Street Pier" because it juts out like an extension of White Street. 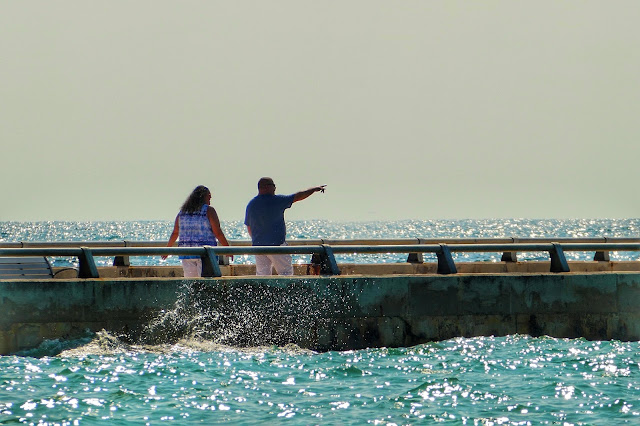 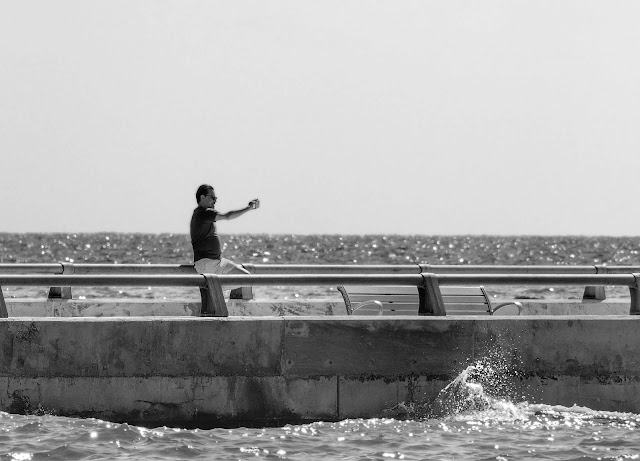 Exercising to the beat. 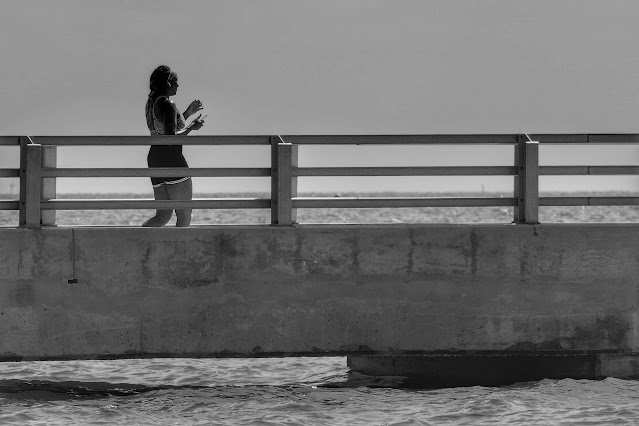 The brick wall of the West Martello tower which houses the garden club. It was built along with the tower by the airport as part of Key West's coastal defenses along this uninhabited southern shoreline but the only time either tower came under fire it was friendly. The soldiers at Fort Zachary used the West Martello  for target practice which explains why it's collapsed. The East Martello Tower at the airport is pristine and in use as an excellent history museum. 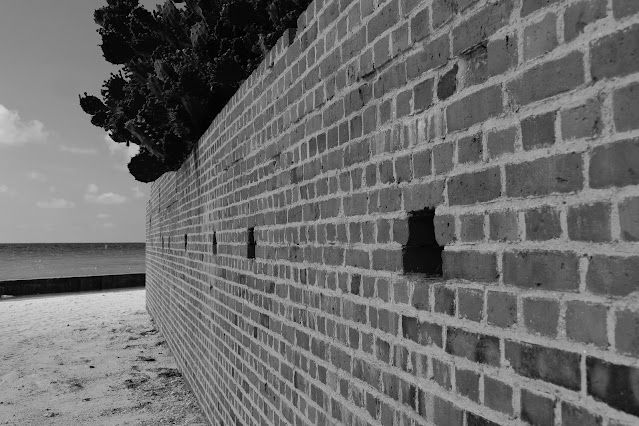 It was a a beautiful day to be on the water and I was disappointed I had no time to enjoy myself. 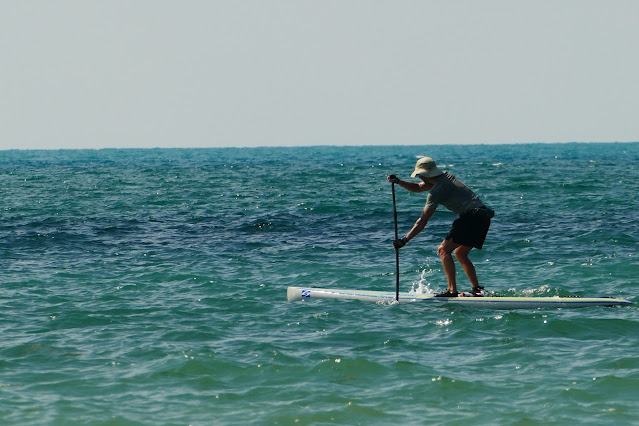 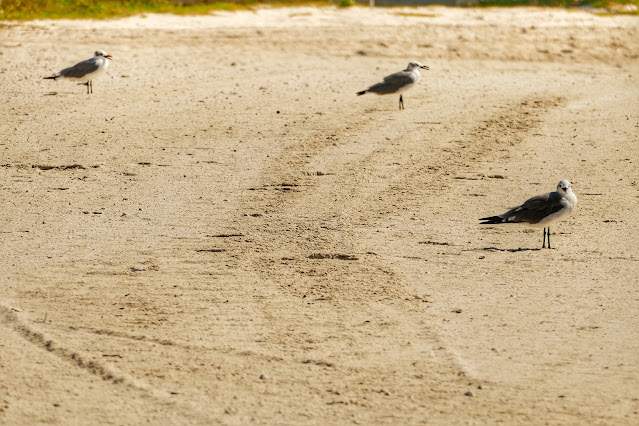 I don't think Rusty would be quite so amenable to being held over that nasty dangerous stuff like the dog below. 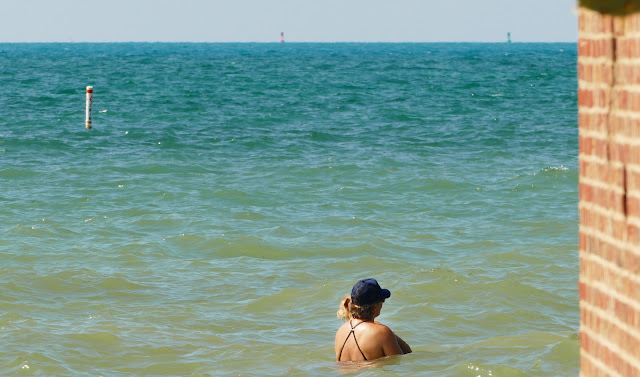 The citywide outdoor mask ordinance has been lifted for the moment but masks must be carried and worn outside when social distancing isn't possible. 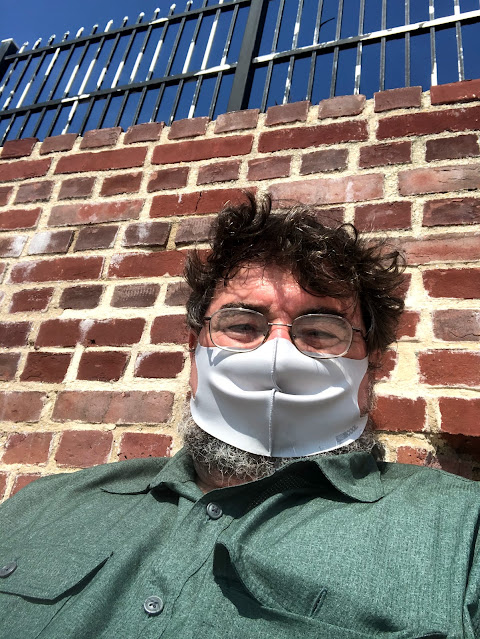 Other than coconut palms I was alone. 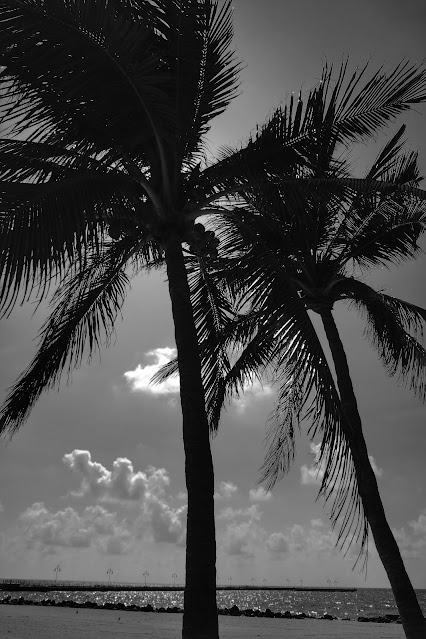 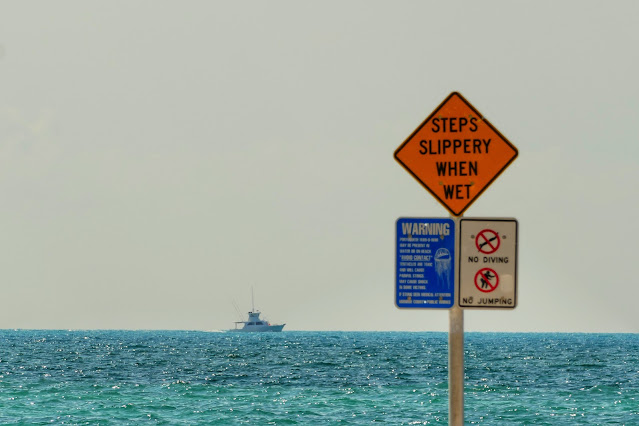 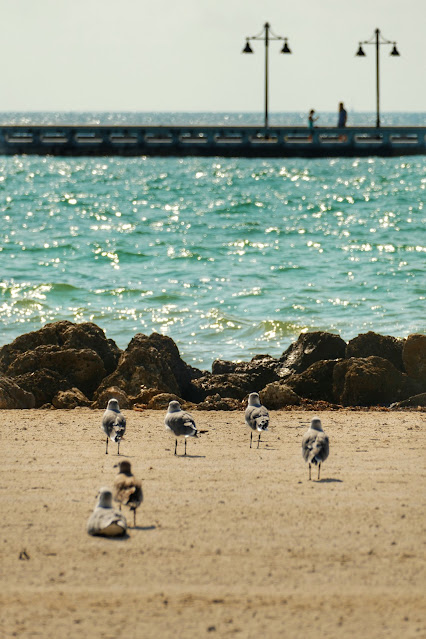 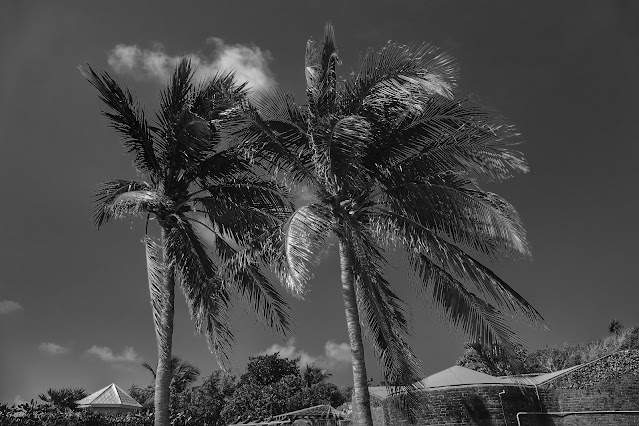 A gratuitous Rusty photo to end, taken at Old Bahia Honda because he wasn't with me at Higgs Beach. 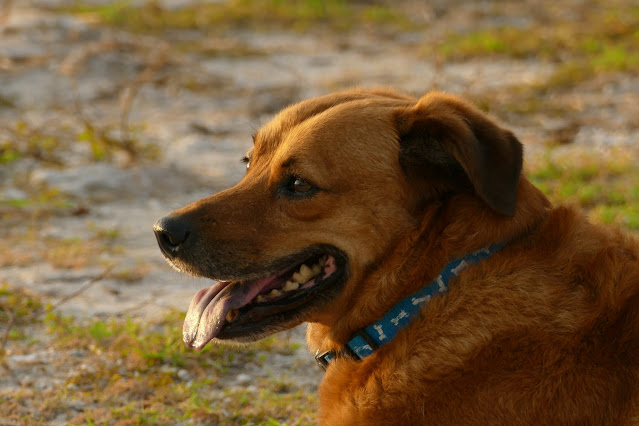