It wasn't intended as a catalogue, more as a meditation. 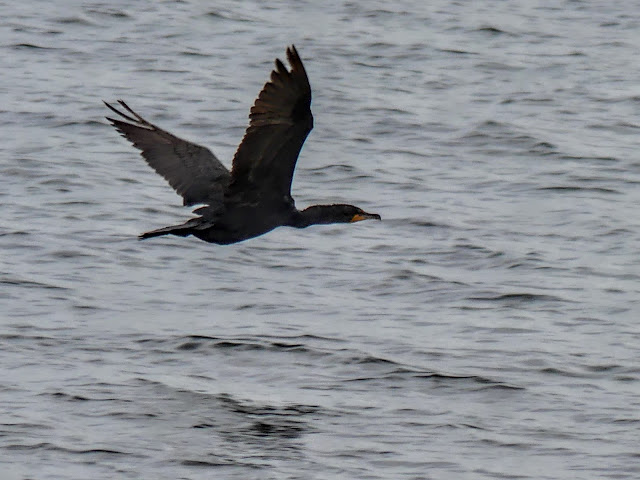 Then the cormorant took off and  I took a picture by reflex. Then I heard the mockingbirds. 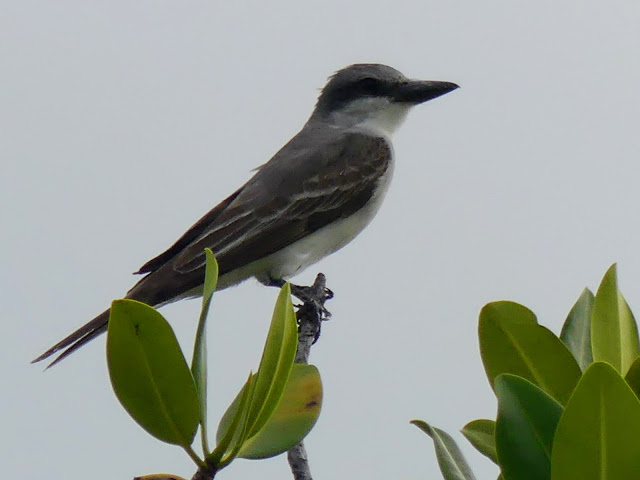 They were calling out to each other from the tops of the trees. So I took another silent picture. 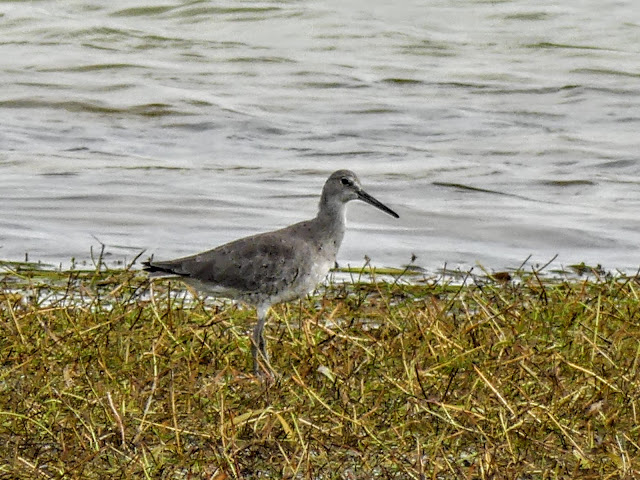 The seaweed was piled up along the shore by the various winds blowing out of the south. 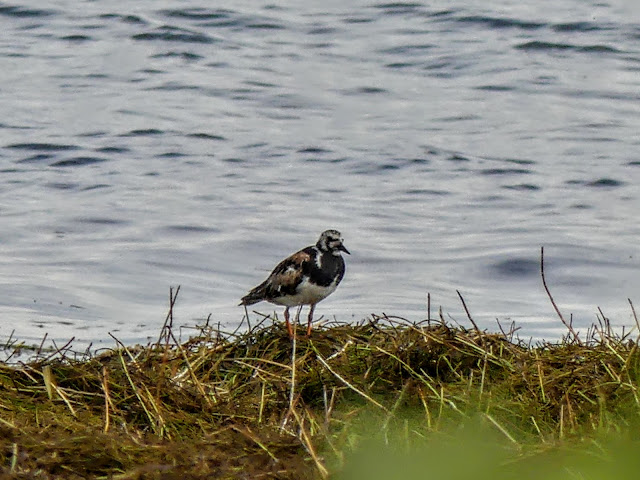 Good pickings for some of the delicate little birds hopping on top of the mat. 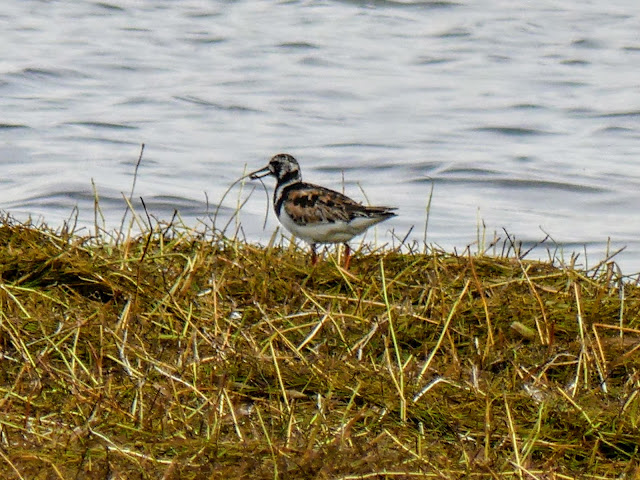 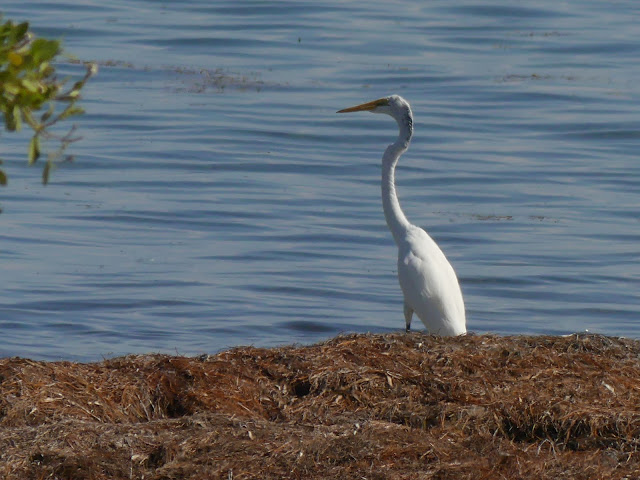 Further along toward the old Bahia Honda bridge there were a few birds on the seawall. 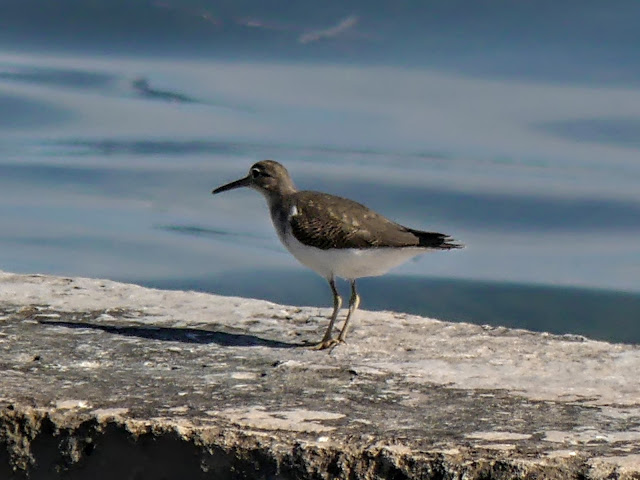 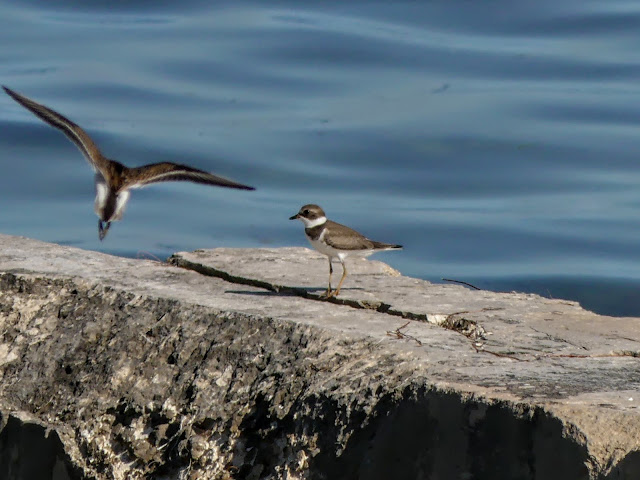 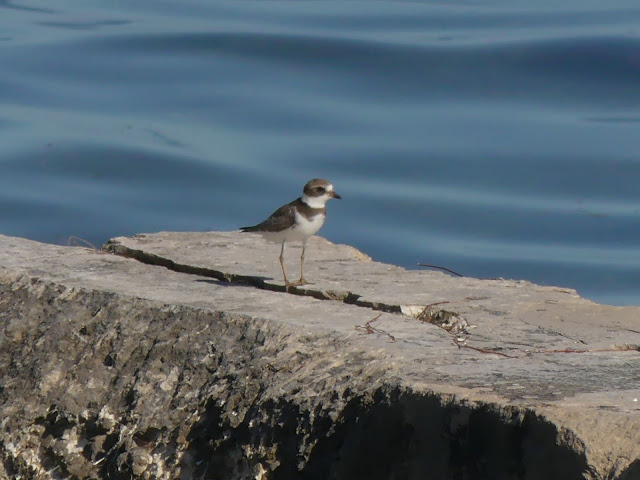 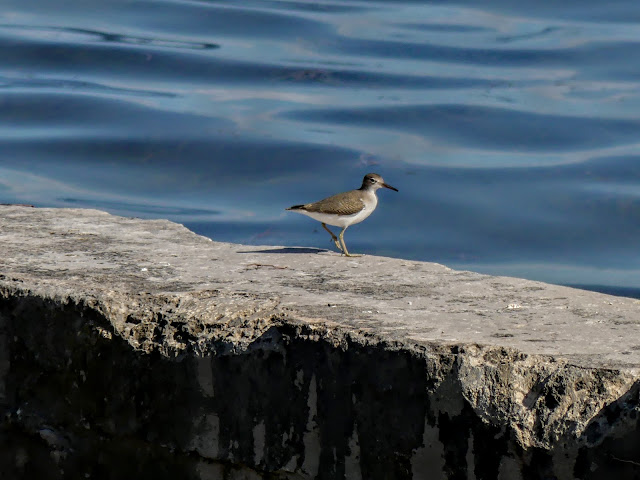 The bridge itself is giving up after 105  standing here taking trains and then cars: 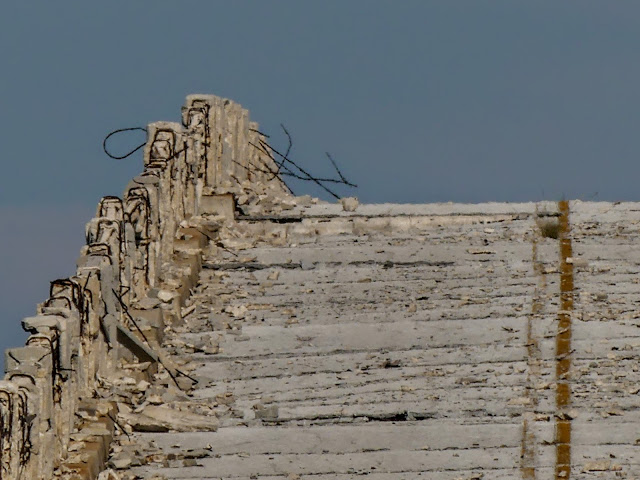 The end by Bahia Honda state park is repaired but this end, the west end, is crumbling: 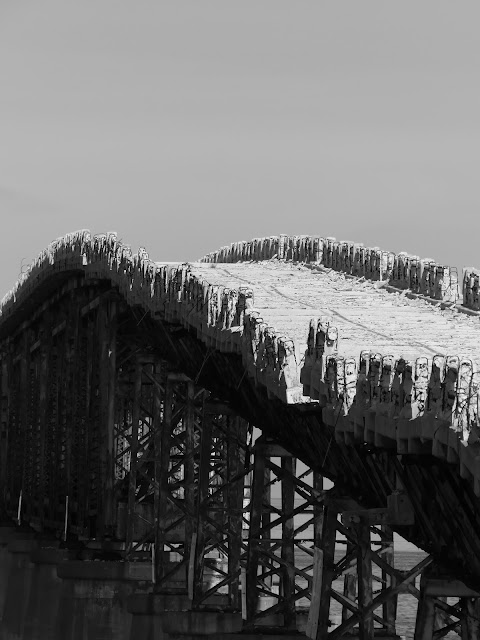 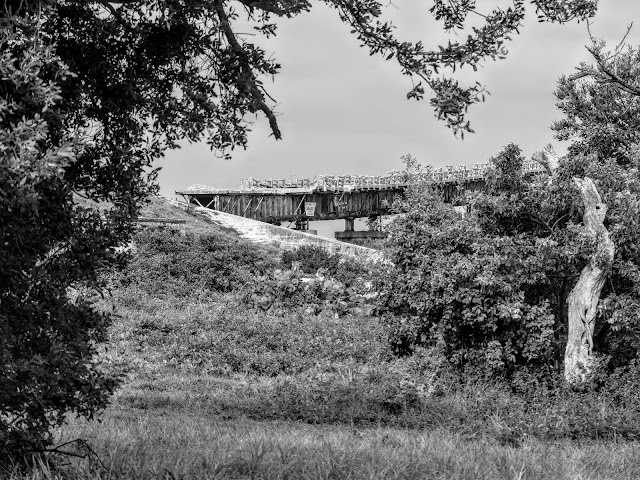 And then there are the mangroves: 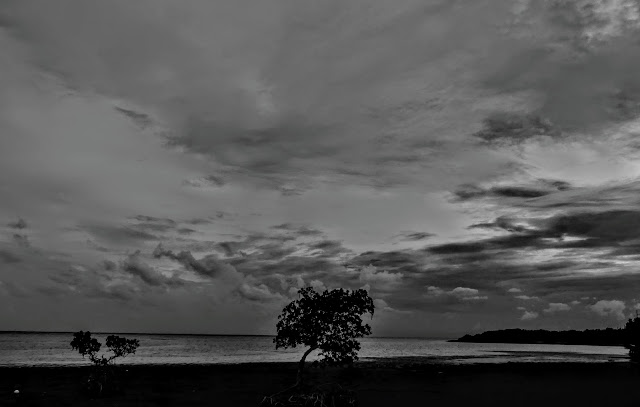 In the end they will prevail where cement won't.
Posted by Conchscooter at 12:00 AM 8 comments: