About twenty years ago we met two people on a sailboat just like ours and we sailed around together in Florida until we jumped off for the Bahamas. Which would have nothing to do with Benson Arizona unless Bruce and Celia had finally decided to settle there, which they have. 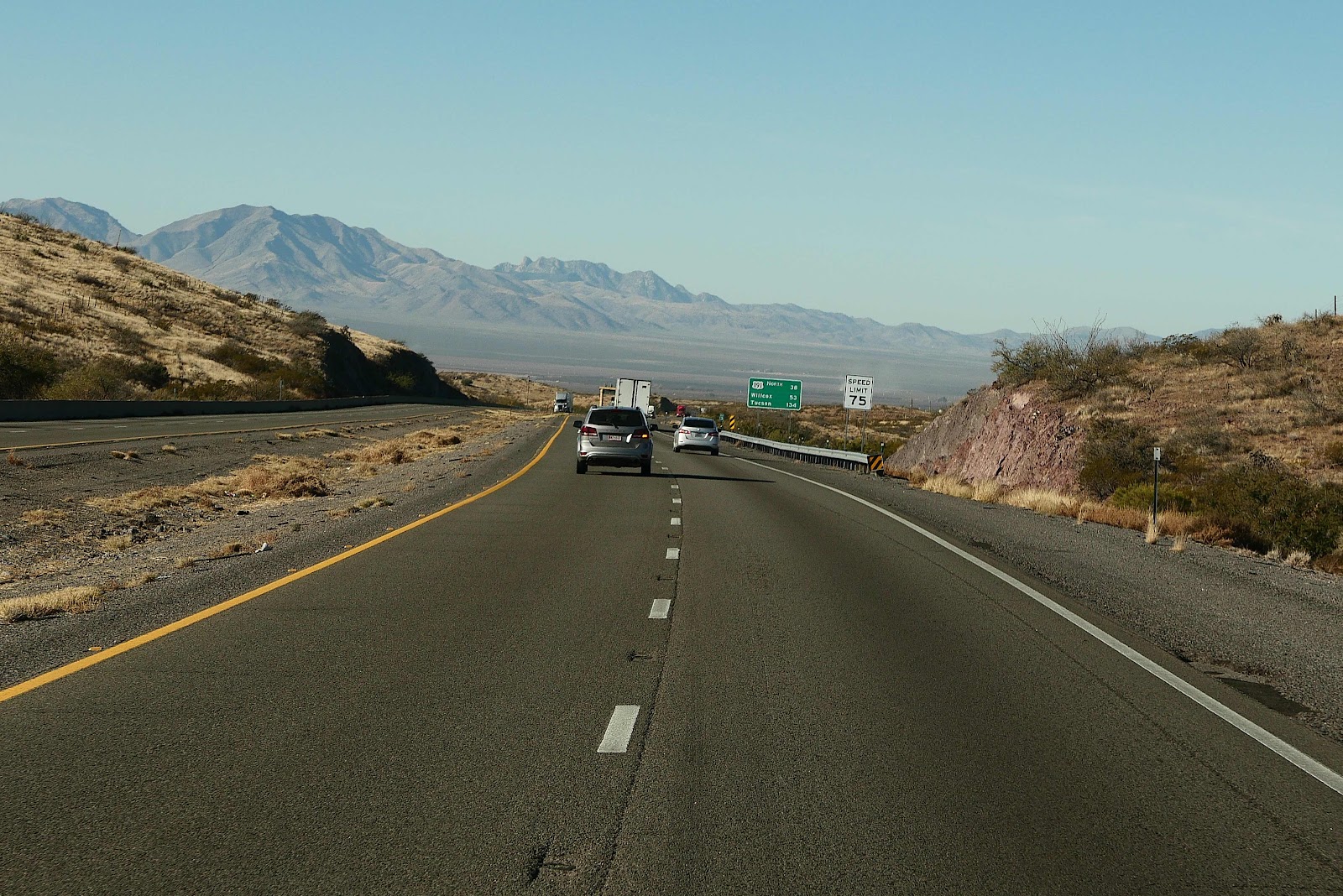 When we got in cell phone range again we called and made a lunch date as we closed in on Tucson. First a wash for Gannet 2 to remove traces of desert dust, a futile action in the long run I know, but we were ready to look a little presentable in a clean van after our much enjoyed shower in El Paso. Layne took a welcome break as I played mahout to the golden elephant. 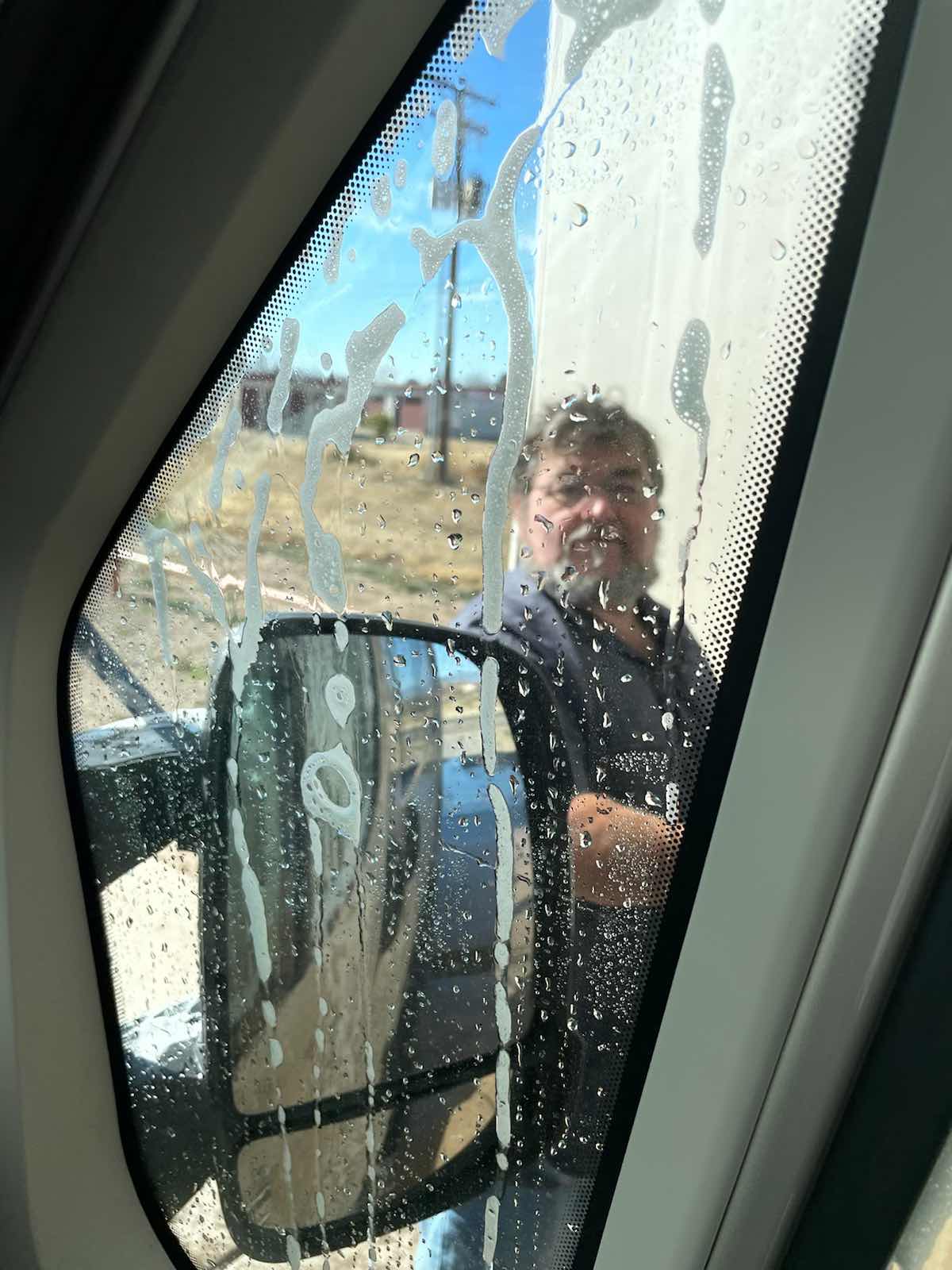 The expanse of tin is quite vast when viewed from the wrong end of a soapy wand but after some slight drenching of myself and a charge of $6.25 on the credit card we got on the road again. 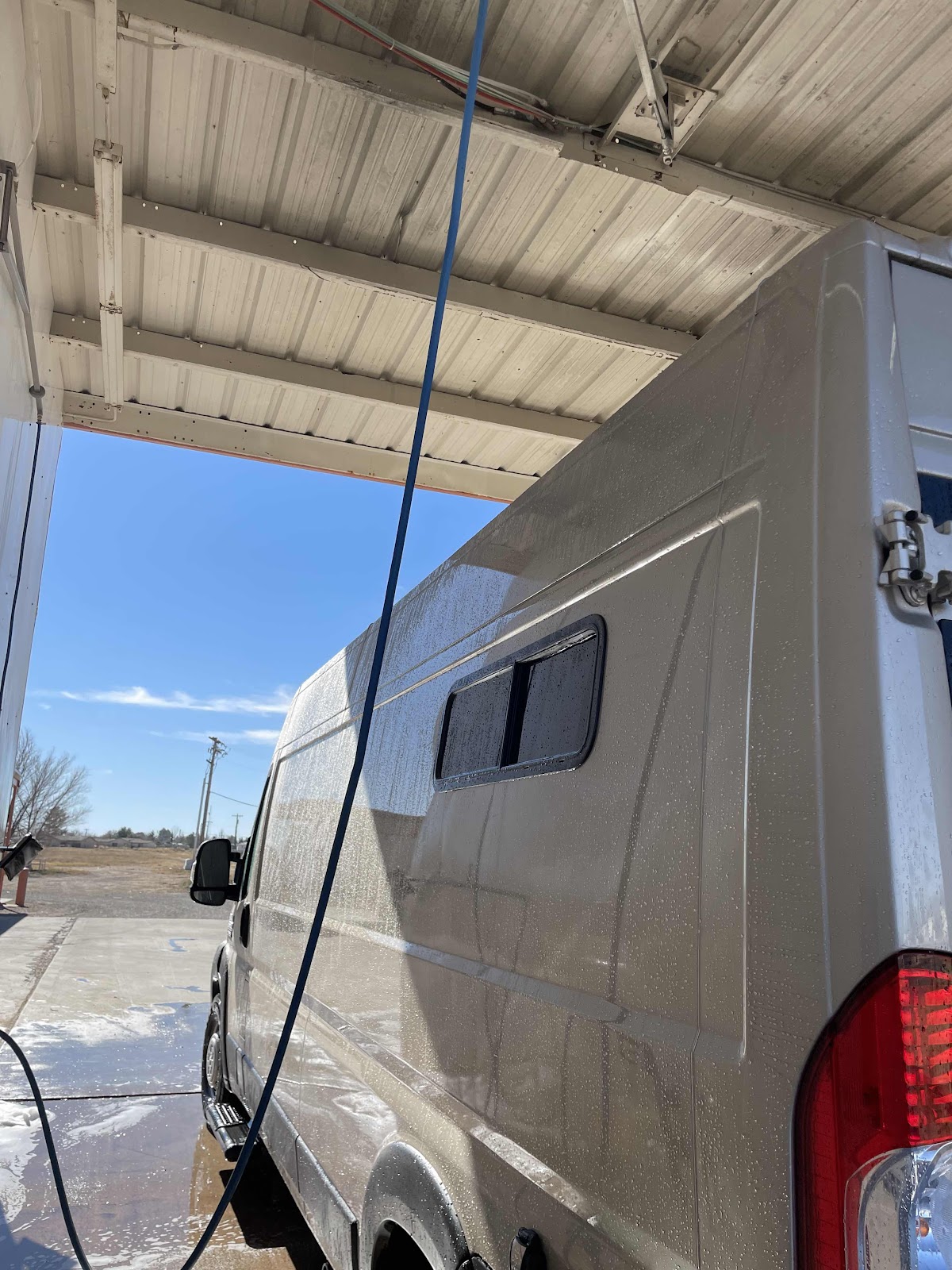 Lunch was on the agenda after we checked in to the campground Bruce and Celia call home. We parked the monster and rode as passengers -joy!- to Mi Casa, a funky little structure with outdoor tables and a toleration for Rusty that right from the start raised the place in our estimation. Of course, Rusty is easy to tolerate. 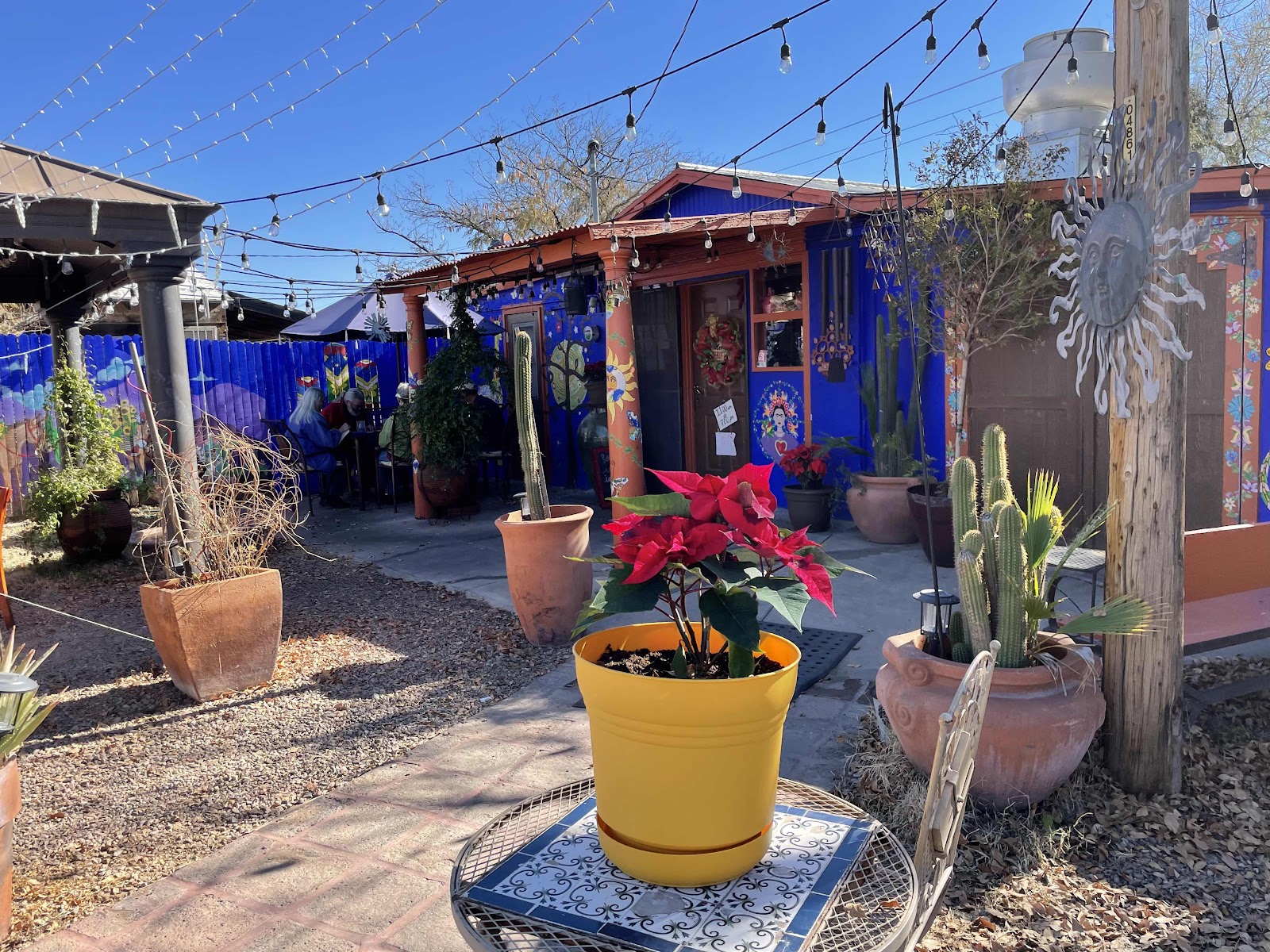 They’re locals and known by name to the staff and they have their favorite dishes, just as I used to when I was at home and re-visiting favored eateries... 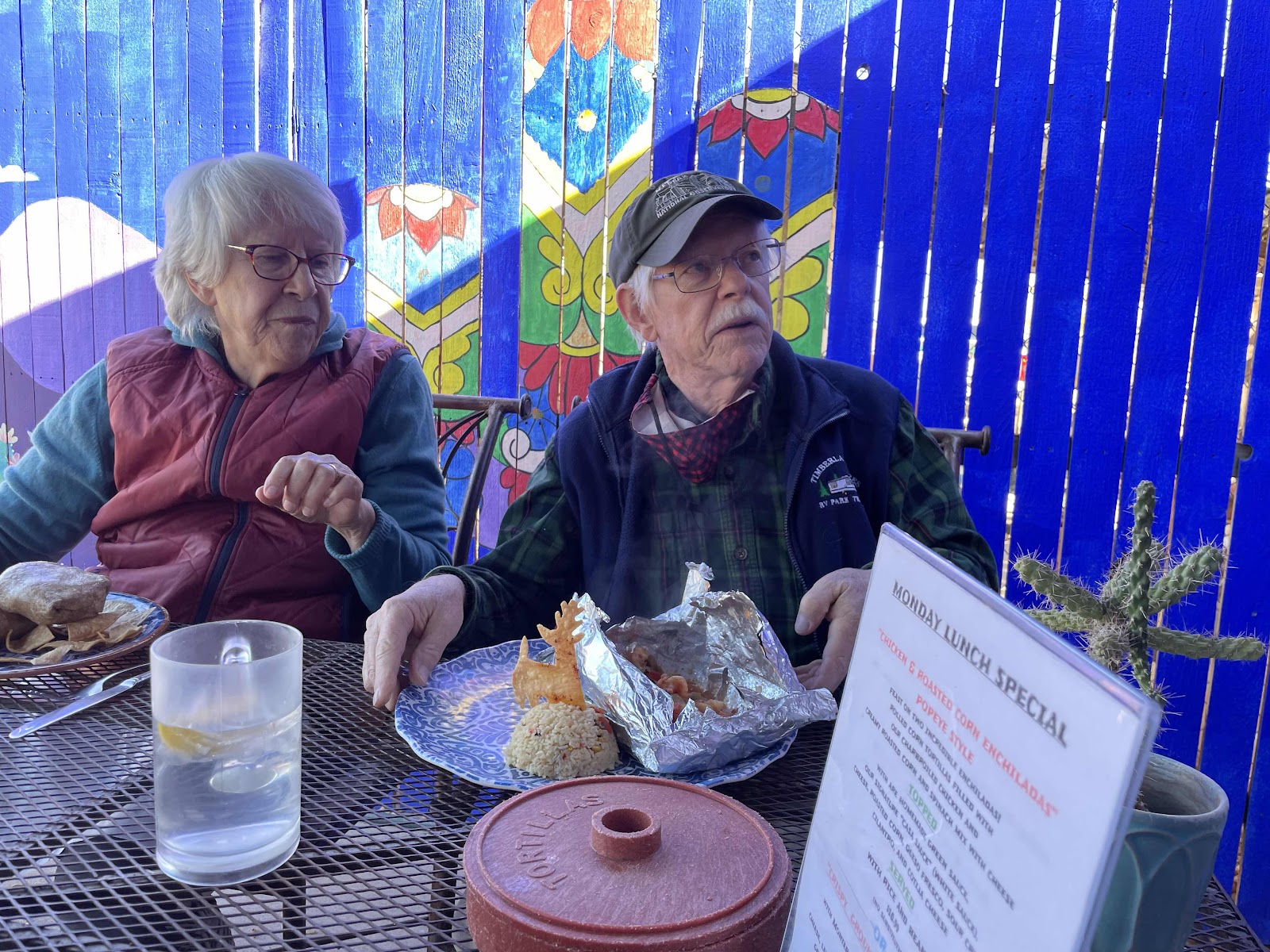 I got some extraordinary slice of salmon covered in raisins and pine nuts on rice and spinach. It was delicious beyond expectations. 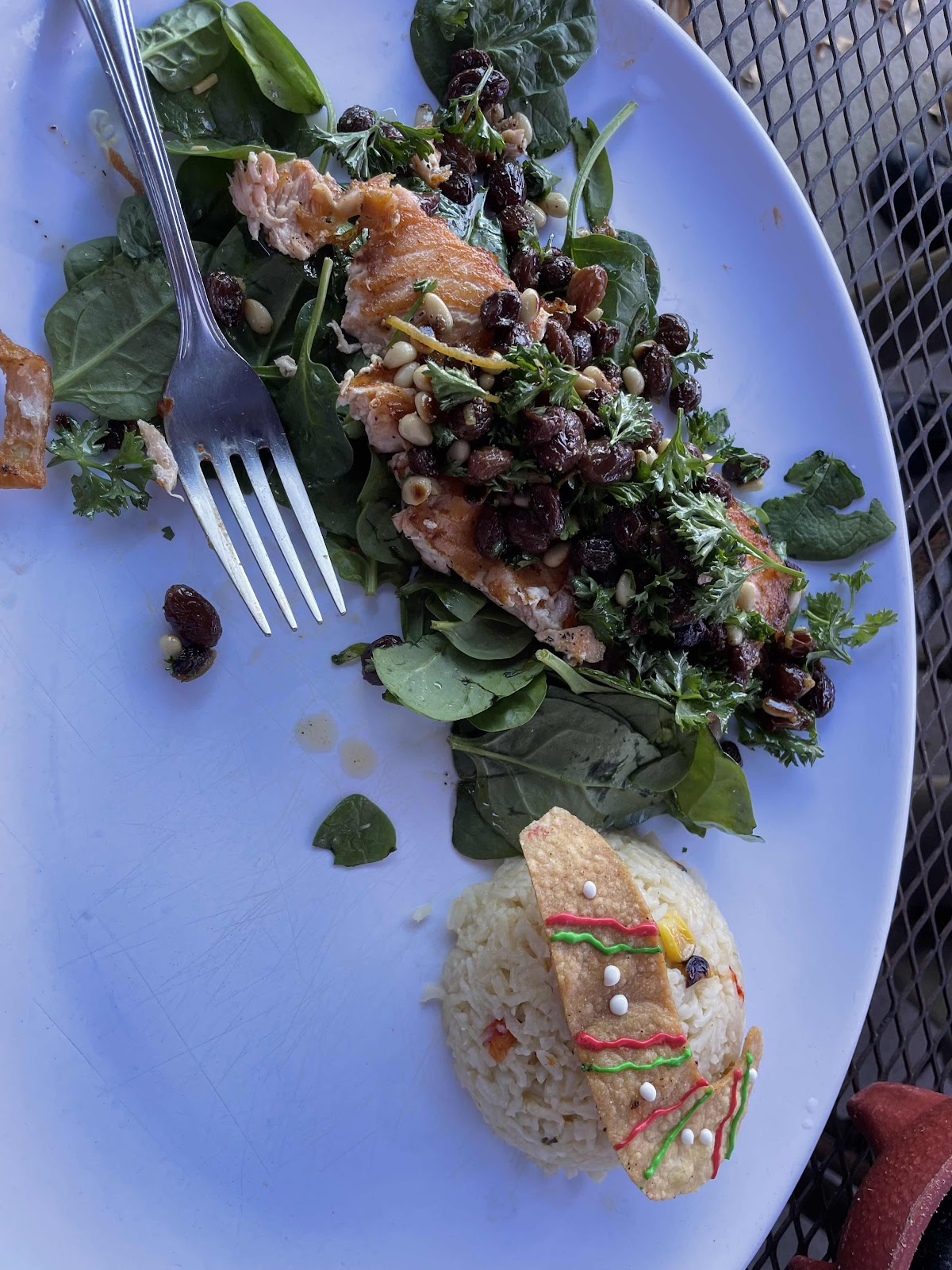 Layne had some enchilada concoction three ways and it silenced her completely as she dug in and kept going. I had a taste and it was complex and delicious as well. Next time... 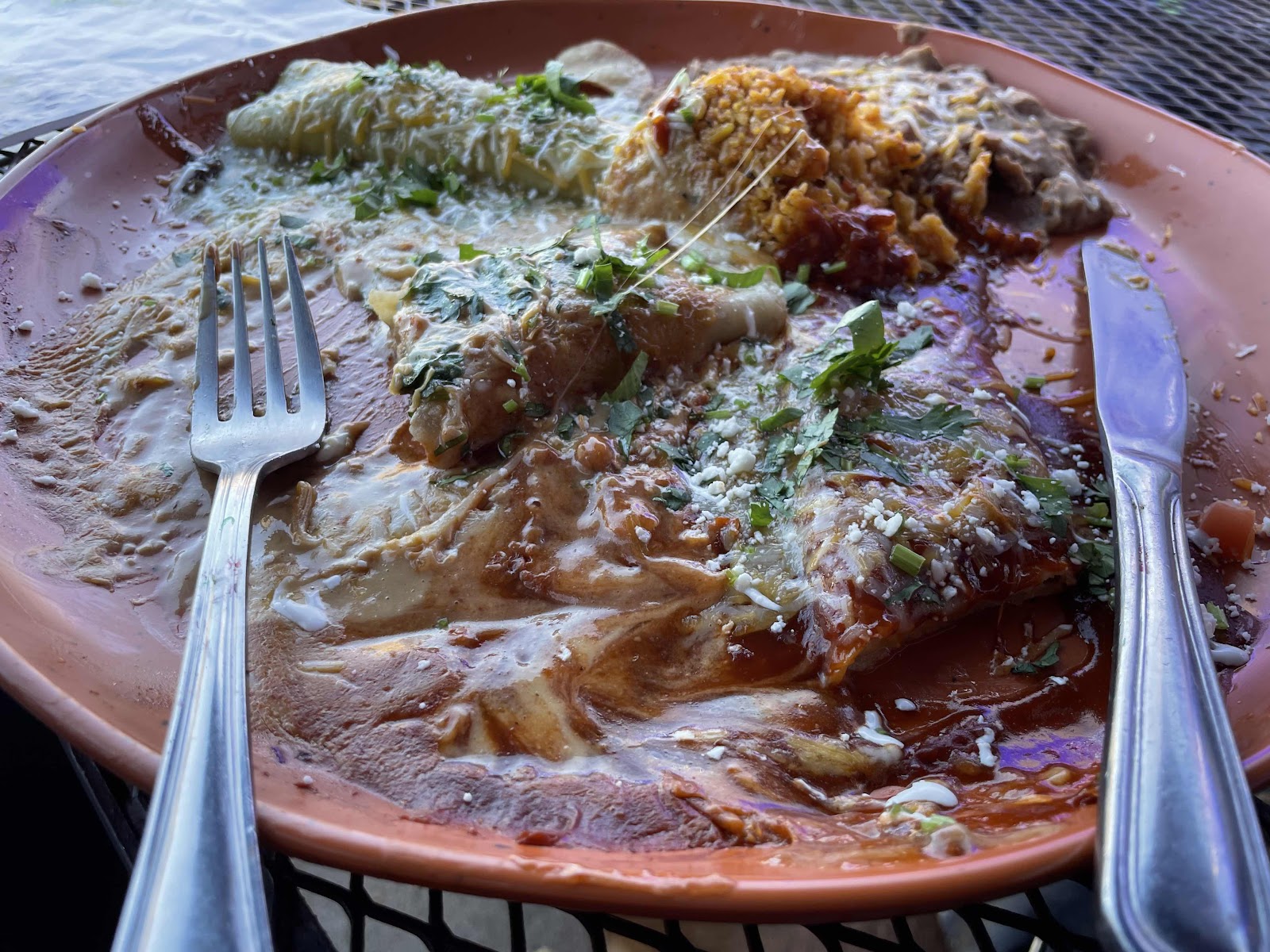 For dessert I ordered flan and it was one of the best I've had, but the experienced crew ordered the innocuous sounding carrot cake. In a vanilla rum sauce. Oh dear. We’re planning a return visit to Benson and Mi Casa is on the list. 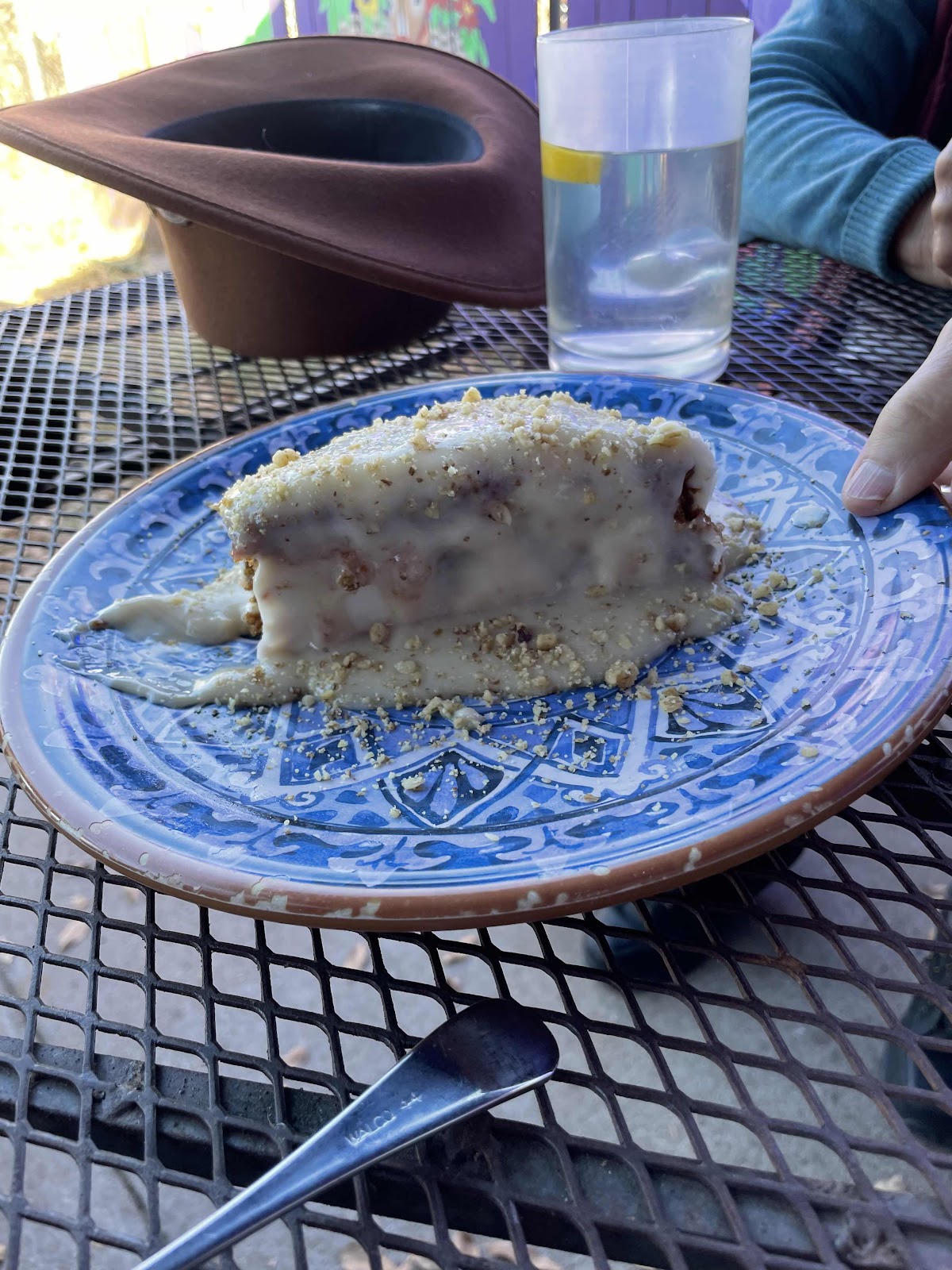 It is unpretentious and a great place to hang out and reminisce with Rusty snoozing under the table. 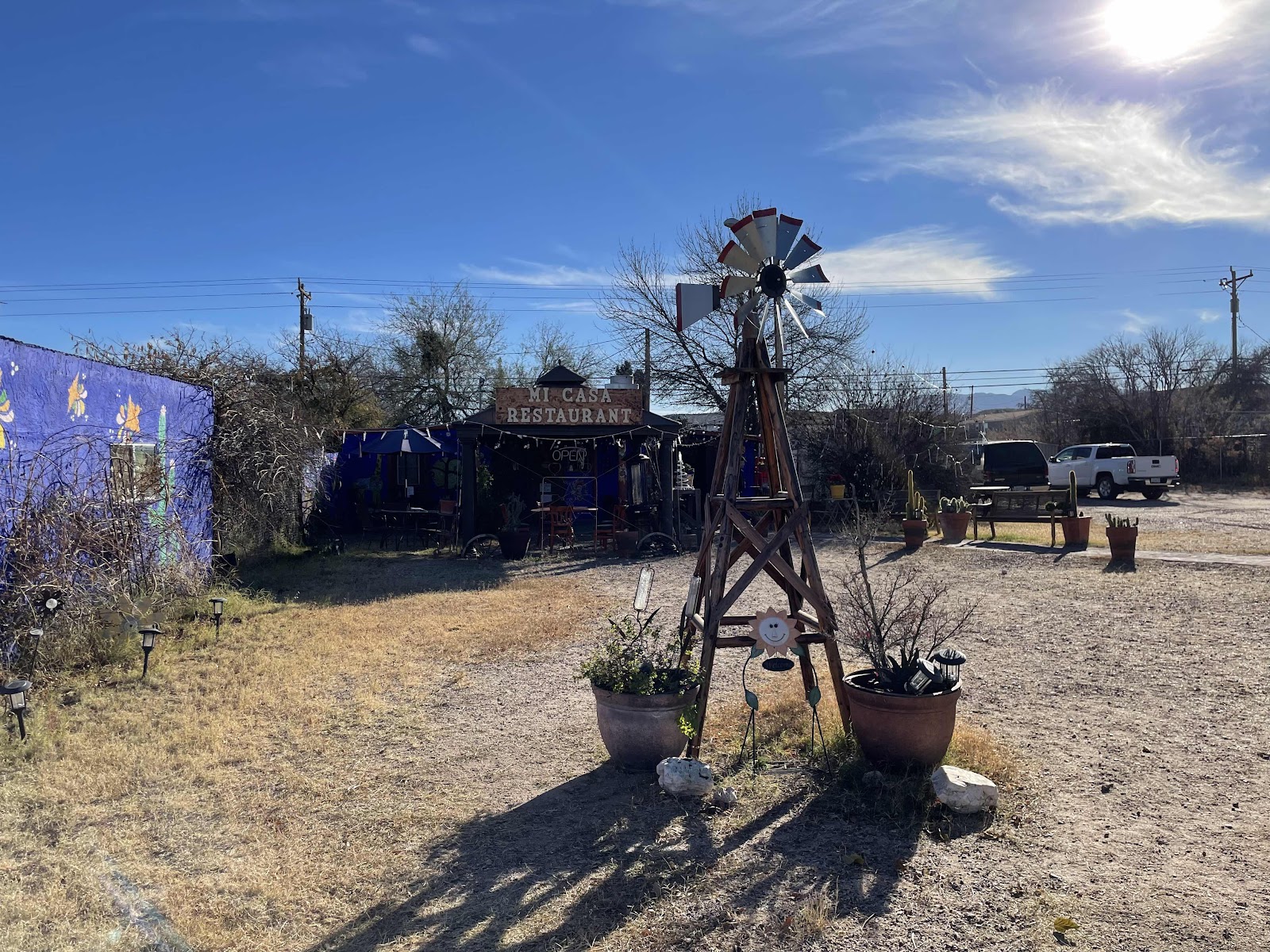 The chef of this married couple operation, Santa, grew up in Baja Sur’s capital of La Paz, and describes her cuisine as being from that region so I look forward to seeing what we shall see on our travels there soon. 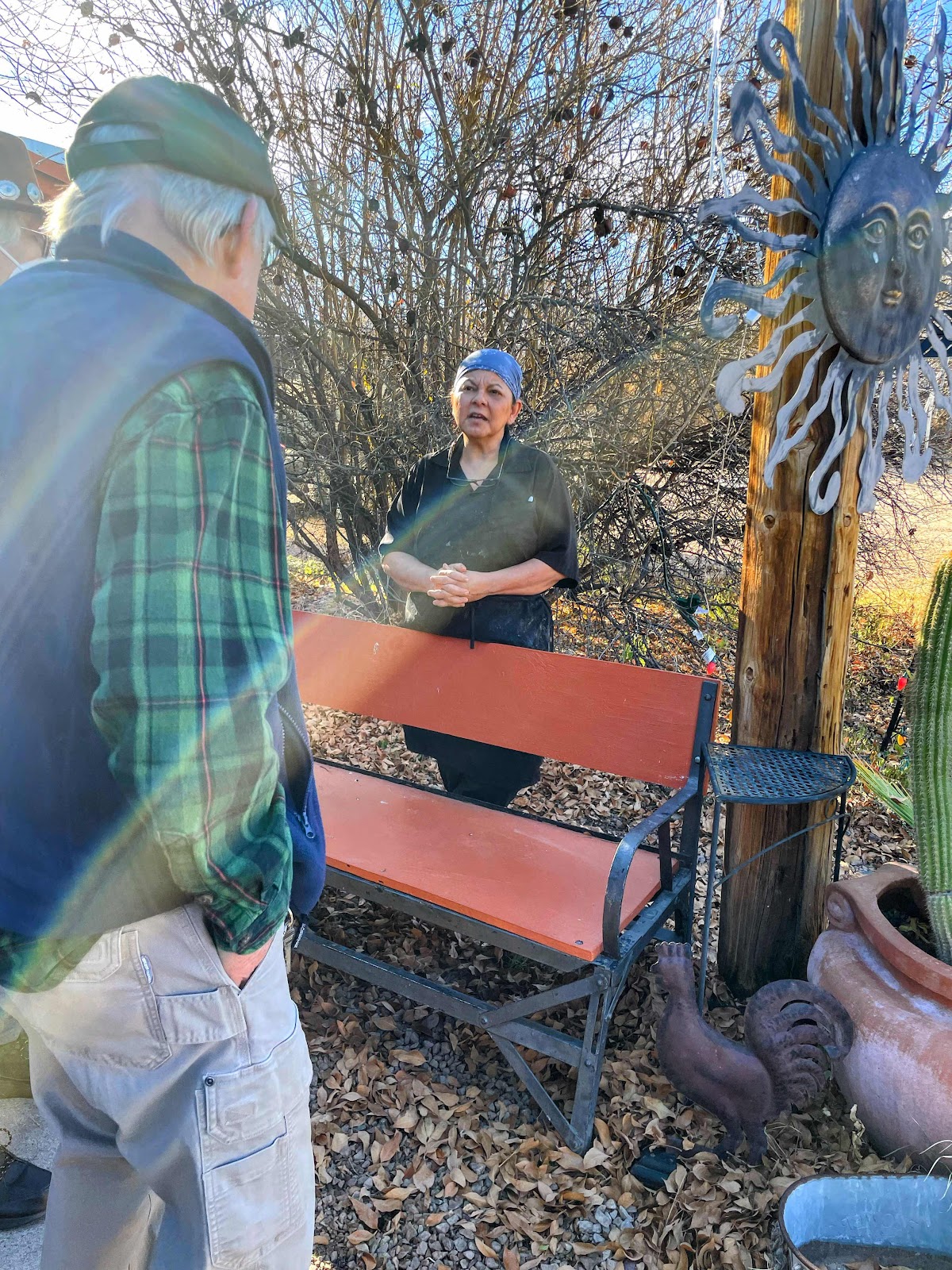 Bruce and Celia live in a fifth wheel and have a small Class A for travels so they were interested in our ridiculously small van parked easily in their drive. Bruce the engineer liked the simplicity of the systems put together by Custom Coach for us but I don't think the space inside would be quite enough for a couple of avid hobbyists! 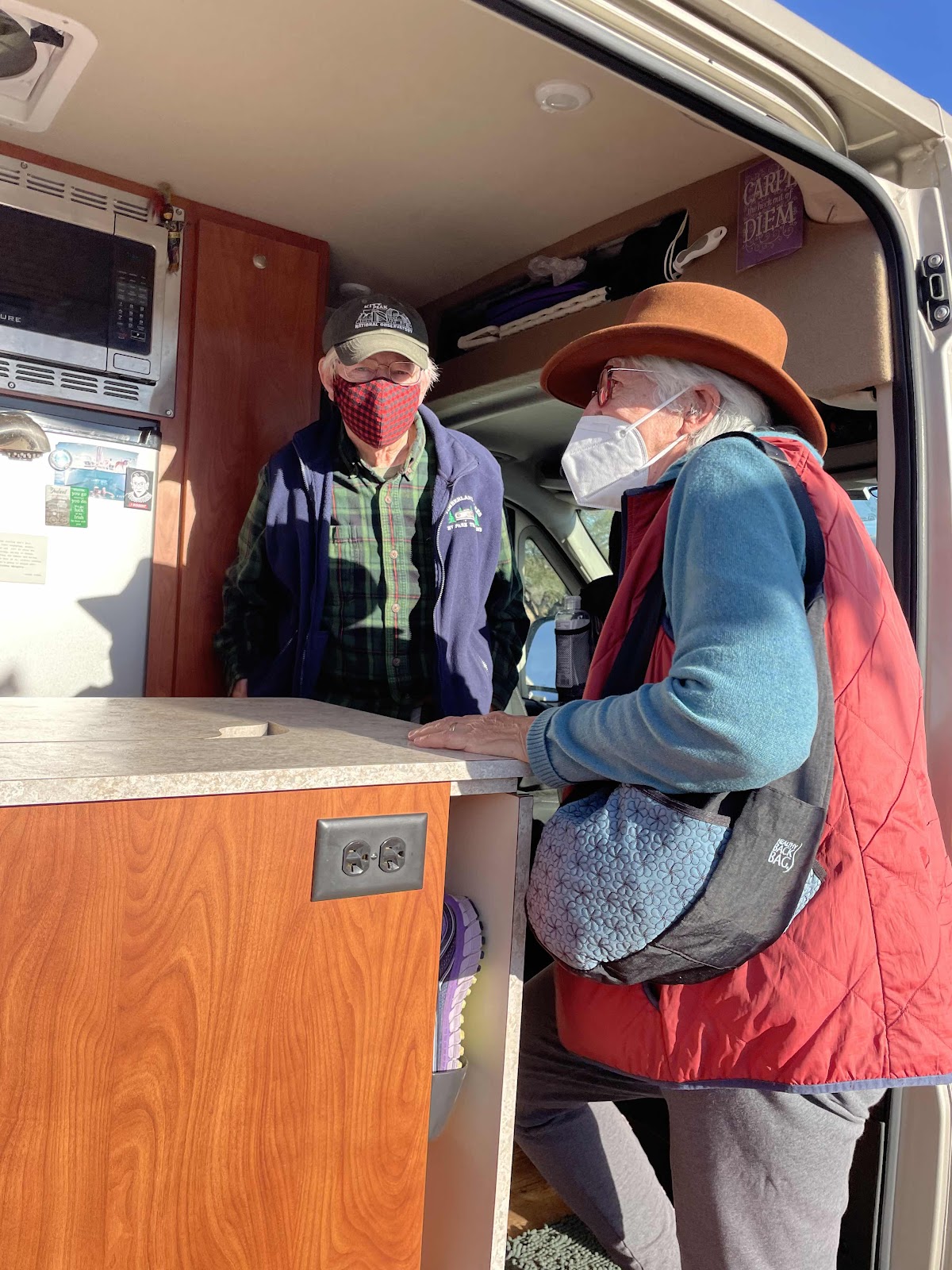 20 years later he's still not sure who let me in...but we do laugh a great deal together. 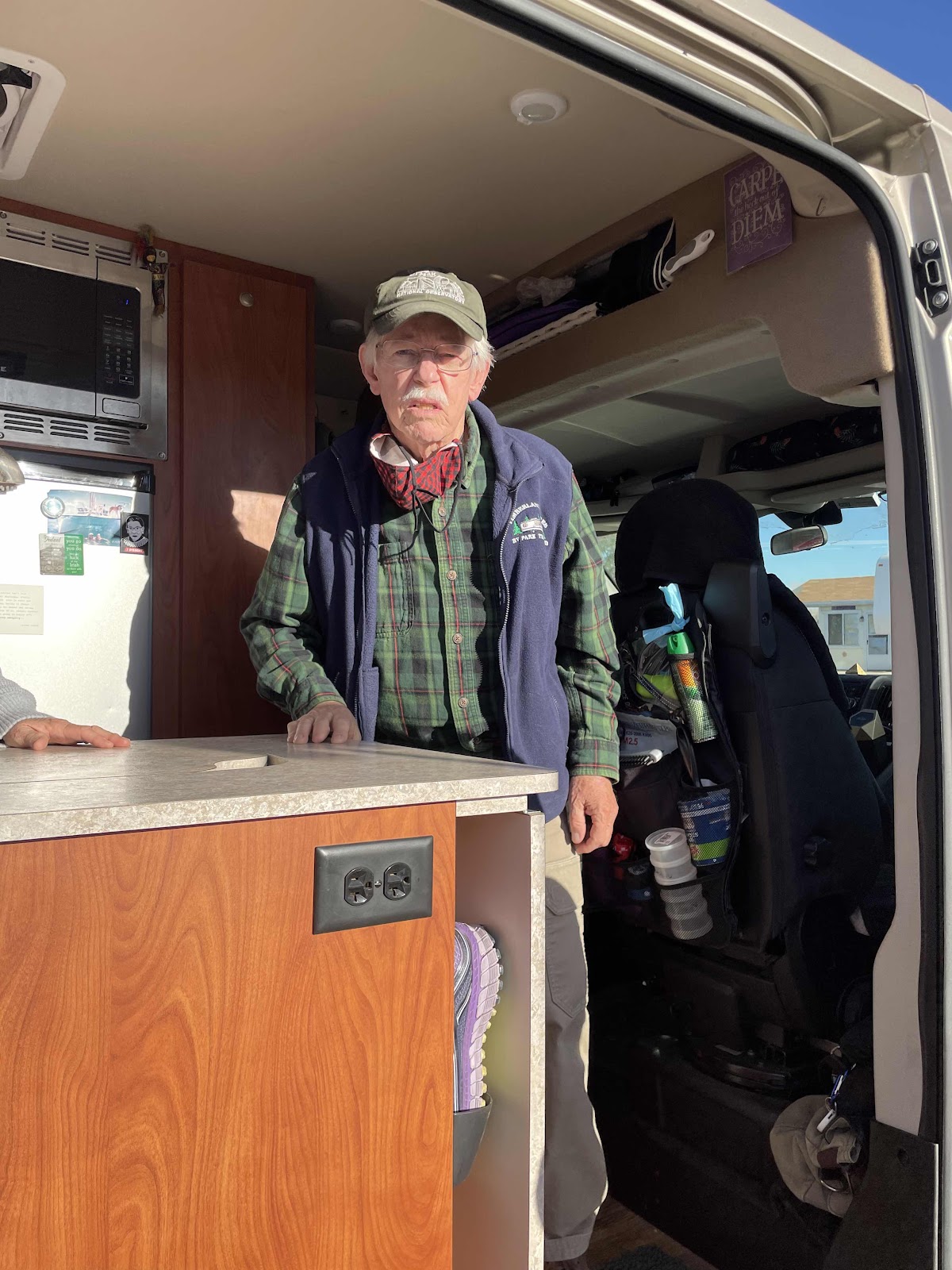 I dream of Mi Casa, it was that good. And we got to go back a second time and it was every bit as good. I can’t imagine why you might find yourself in Benson but you can and should Google map it if you go. 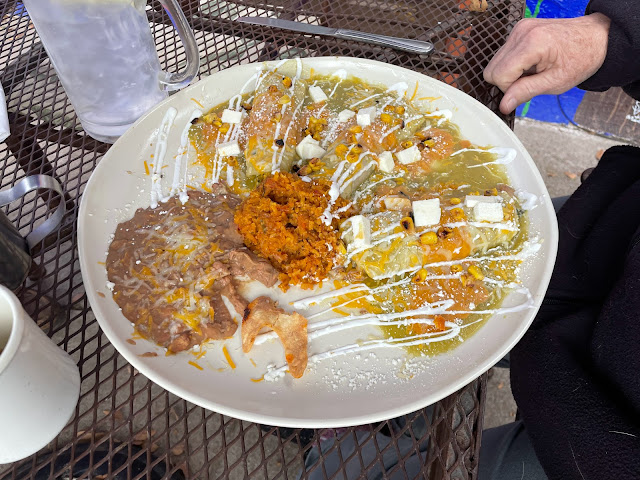 Layne's second taste of enchiladas. She boxed half... Family in Tucson beckoned, Christmas approached, and we had a place at the table. 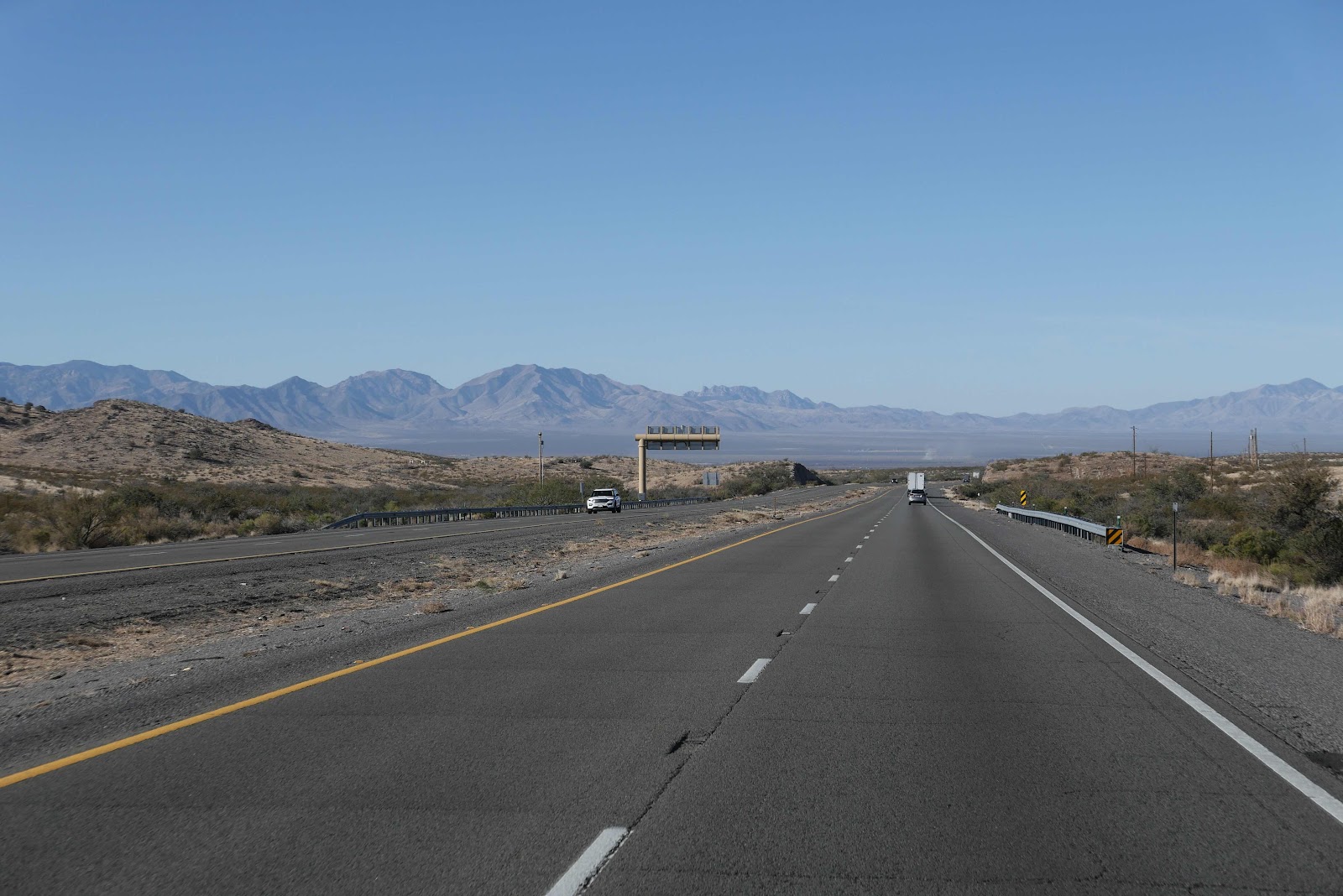 Posted by Conchscooter at 2:00 AM 2 comments: