The past ten days have been agony, pure and simple. It started by saying goodbye to Cheyenne and it ended by bringing home a funny little dog who bears the burden of being asked to fill the hole in my heart left by the departure of the most extraordinary dog I have known. Oddly enough I think this little bundle of love is up to the challenge. 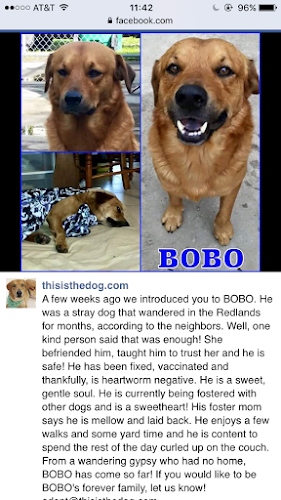 Rusty's life, all four years of it approximately, has sucked. This picture is from October last year when a Homestead woman who feeds strays in her neighborhood spotted this street dog. From what can be gleaned Rusty, formerly known as Bobo lived on the streets of an area known as Redlands, the agricultural heart of South Florida. Also where you go to dump your dog, apparently. Yet this little reddish-brown dog is astonishingly even tempered, loving and ready to fit in to a "normal" suburban life. Why people buy dogs beats me. Found dogs live out their lives in gratitude and make the best companions. You too can pick up a cat or dog that could light up your home. LINK. 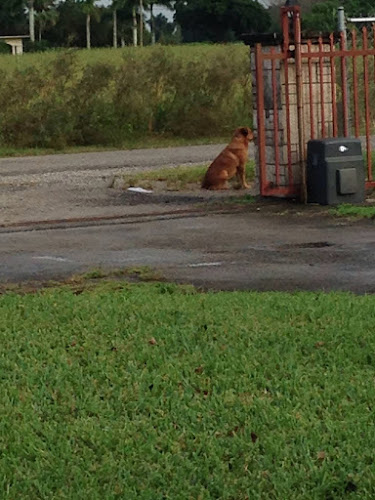 I was rather nervous making my way alone to a giant mainland mall to find a dog. My wife got in touch with this woman representing a group of volunteers who madly enough find and rescue and foster hopeless dogs and cats and they make them whole. After my hopeless sadness at the Key West and Marathon SPCA and dealing with the rejectionists walking into Petco at noon yesterday was like nothing really. 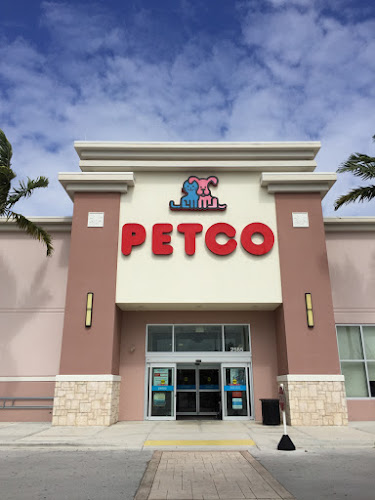 I knew it was him immediately. He was smaller and thinner than I expected but he sat there in the crowd, serene as though he knew that today was the day. I lost the ability to take photographs for a while as I juggled paper pen, leash, emotions and strangers which as we all know give me hives. Bobo was fine in the middle of it all. 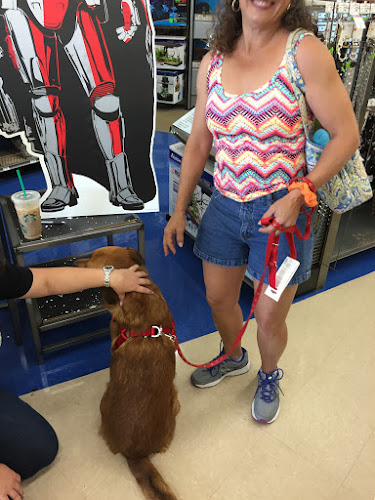 I signed, Lissa injected a microchip - no really, right in front of me- and I was officially driving home with a completely unfamiliar dog. 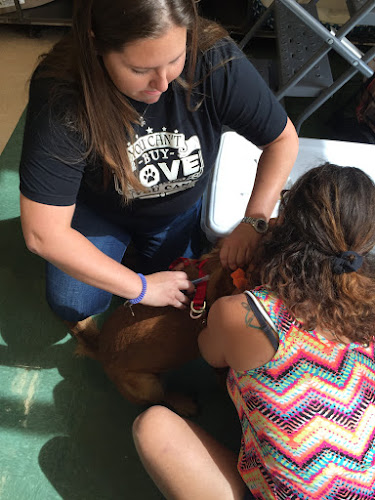 I don't think Rusty had ever spent three hours in the car- and that only got us as far as the Publix in Marathon where I completely lost my head and forgot to buy milk. But the entire week has been like that and taking 911 calls has been a trial in the Cheyenne fog I have been stuck in. Traffic on a Saturday afternoon sucked of course but Rusty only got up and protested mewling a couple of times. Mostly he just laid down on the back seat and let me drive. 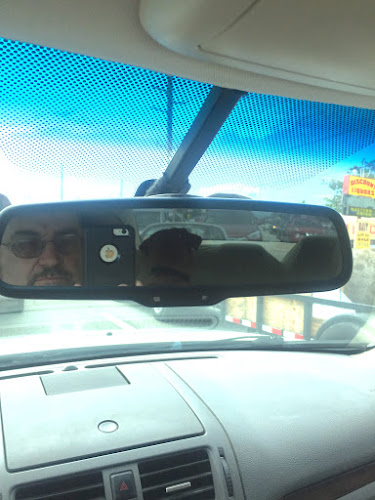 At Publix he was ready to get out of the car and I put him on my (Cheyenne's) extenda-leash and off we went. There's a crazy old guy who hangs out behind Publix, a stray human as it were...Rusty is just sweet. Look at him with a stranger. He sat down and said pet me but the old guy was off on cloud nine: 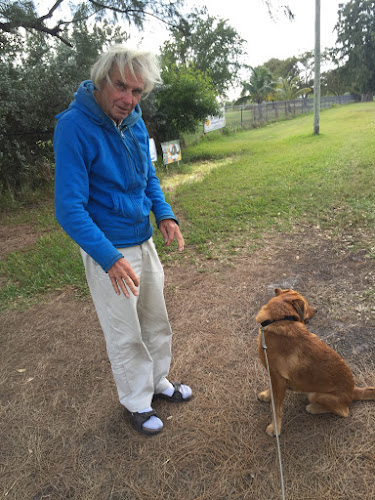 Rusty is full of curiosity. Arriving home he trotted back and forth checking stuff out, and getting him up the stairs was a trial as he could see the void through the stairs. It took a couple of trips but he got the stairs down pat. The dog door through the sliding door held him up for 15 seconds but then he had the run of the house and the deck and when he gets reliable he'll have the yard as well. Only after we feel safe taking down the dog gate that closes off the stairs. He found the spot where Cheyenne died and his attention to it inspired me, the curmudgeon, to imagine the baton was being passed between dog generations. 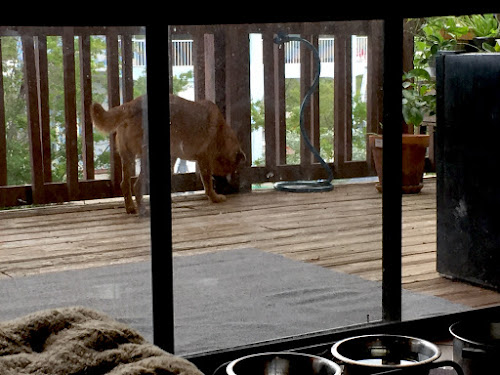 I miss her so much and have to guard against my memories of perfection interfering with my expectations of what is a remarkable dog. Rusty is on his way and finding his place, and the more I see of him the more I like him. I hate to think how many other wonderful animals are bring abandoned. I want them all. 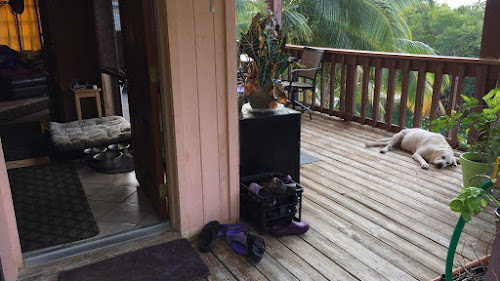 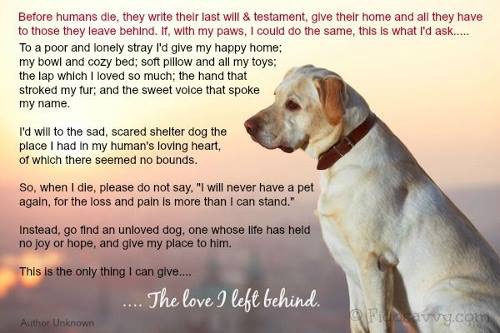 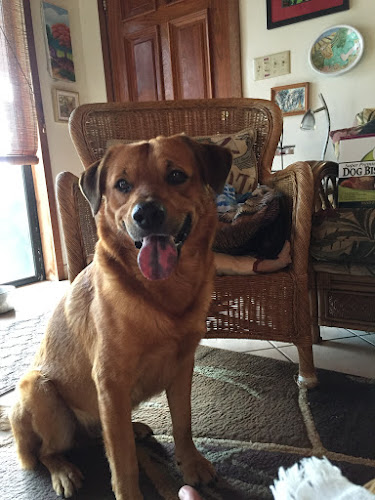 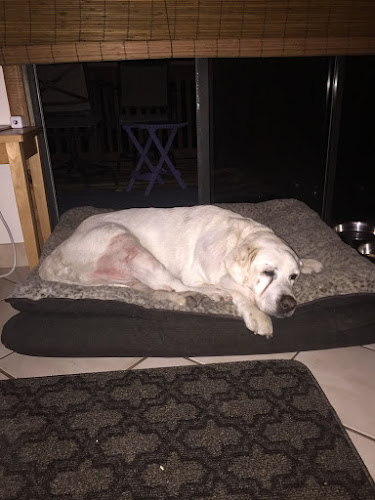 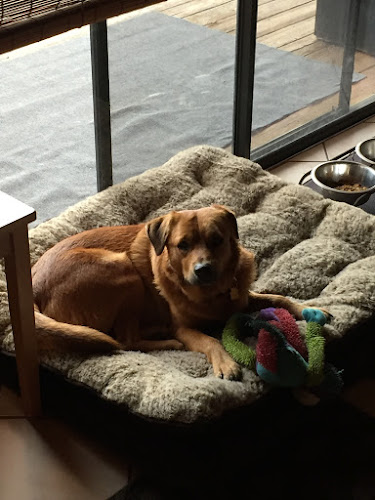 If he doesn't get used to her bed we'll replace it but it is the most comfortable dog bed I've ever seen. 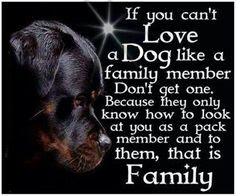 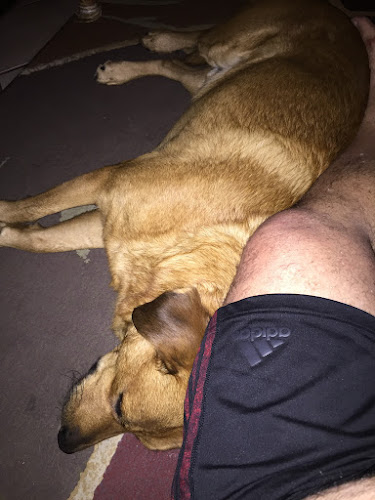 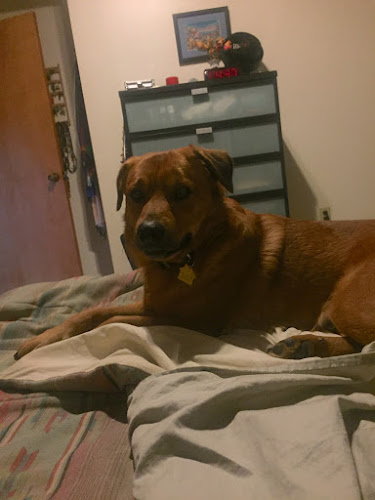 JW says Rusty won the lottery, but I feel like I did.
Thanks to these good people for the chance LINK.
Posted by Conchscooter at 12:00 AM 6 comments: