Sculptures At The Studios

With the restoration of proper winter weather last week, a breezy eighty two degree afternoon would be perfect for a stroll around White Street to check out the latest offerings at The Studios of Key West, a center for the arts and performances. I never even got inside the old Armory building converted to these more pacific uses. 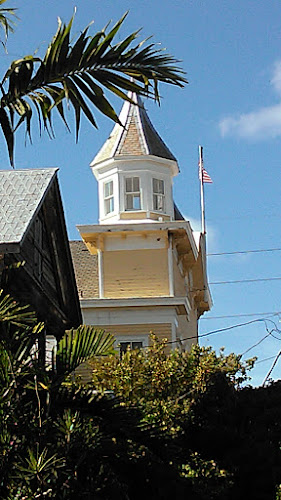 The gate was open to the outdoor sculpture offerings in the delightfully shaded garden alongside the building. First up was a bizarre and wonderful sculpture of ...clothes pegs!? 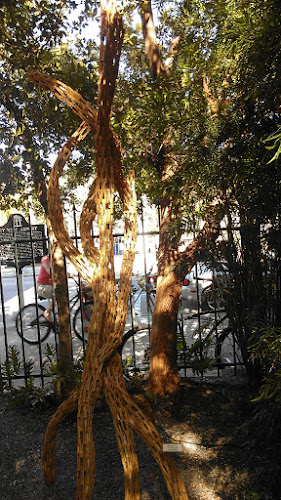 It seemed to use PVC pipe at it's core and the pegs were attached to the skeletal shape underneath. Whatever the technique the effect was surprisingly arresting. 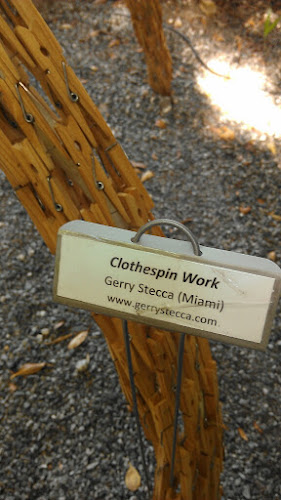 Further up I cam across a rather sinister looking spider-like object made of more utilitarian material, possibly gutter pipes? 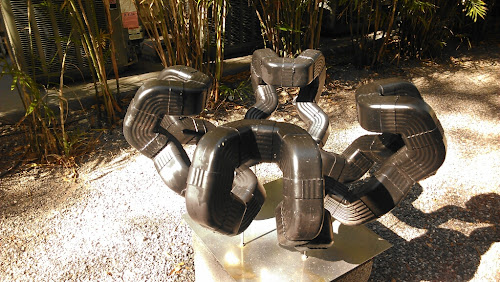 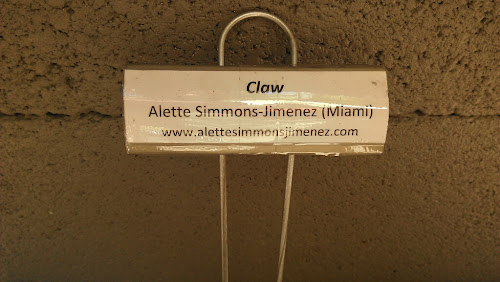 And those two were just the start. 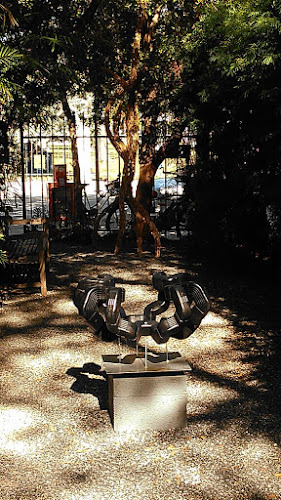 On my way to the exhibits in the rear I passed a woolen snowflake caught in the branches, not apparently the least affected by the heat of the day. No sign of melting: 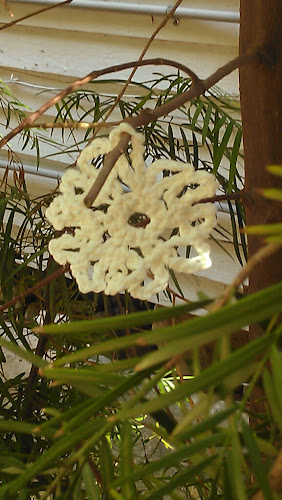 The building is huge and imposing but it is also surrounded by tall trees which somehow mask the effect of the overpowering walls and creates a feeling of being deep in a forest. 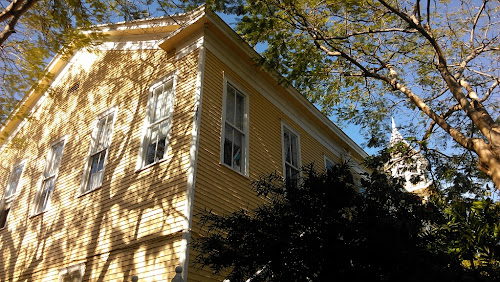 The rear of the building was showing off a couple of tubular metal sculptures in the garden. 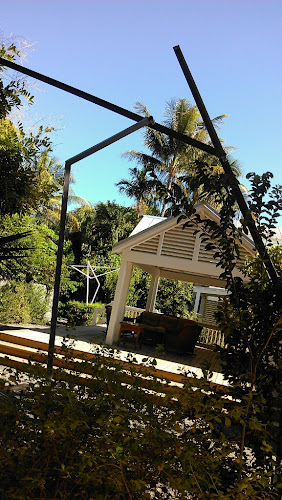 The Studios are designed to encourage artistic development and they put on energetic shows as well as inviting artists to work here and teach. I seemed to have stumbled upon an al fresco studio which was a bit intimidating but I focused on the sculptures. 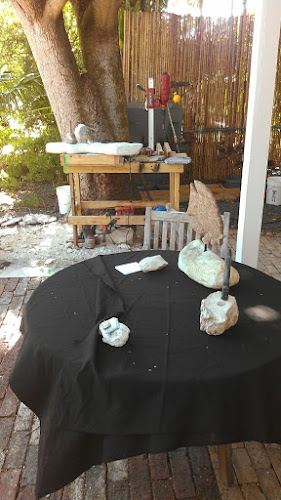 There were some fish from Maine. 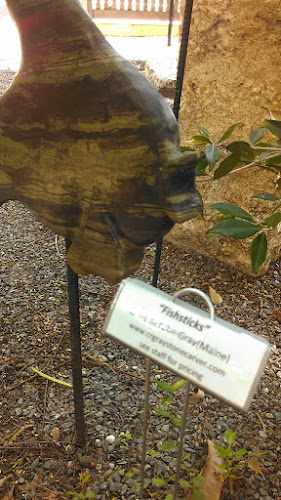 I caught sight of another couple of visitors who seemed undecided about the value of the free, discreet art show apparently put on for their benefit as no one else was there. He had no interest and sucked it out of her apparently, because they shuffled off. I was thoroughly enjoying myself as I always do at this place. 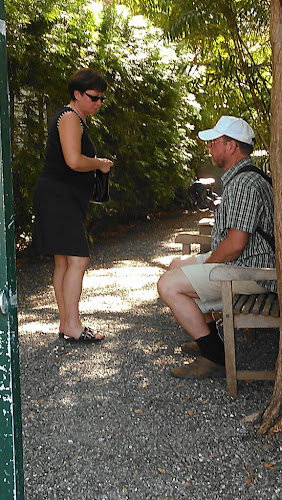 The stone sculptures we're created by a local man Bill Lorraine who used to program classical music on a local radio station when such fantasies were possible. 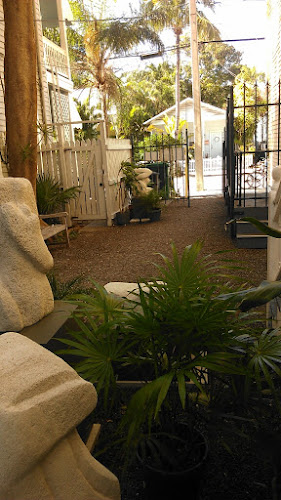 He explained in his show pamphlet that the sculptures are made of oolite, a local rock of particular luminosity which used to be commonly used to prop up Conch cottages in the manner of this modern cement block: 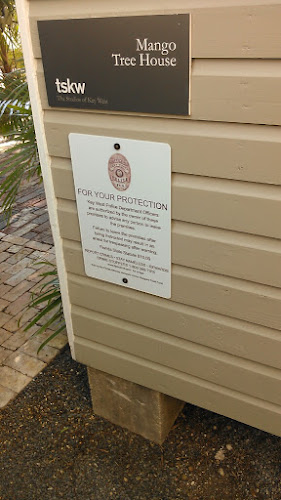 Apparently some local contractors have agreed to save these stones for Lorraine to use to create these works of art. 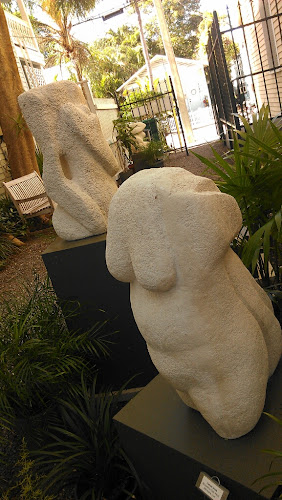 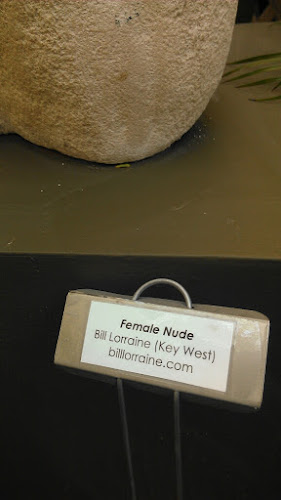 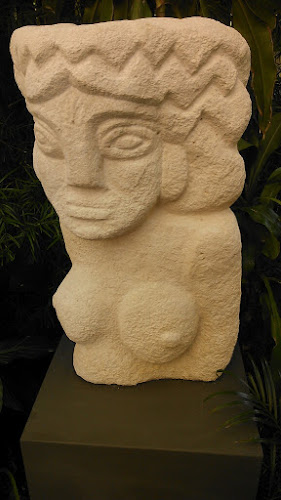 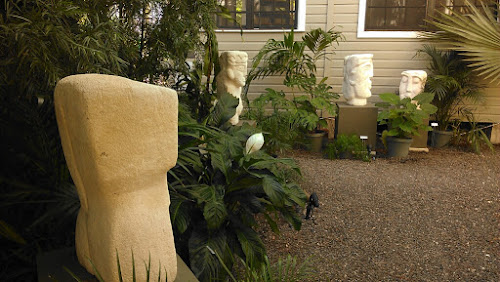 And such is the lack of space in this small town that neighbors go about their daily chores right there next to all this artistic goodness. 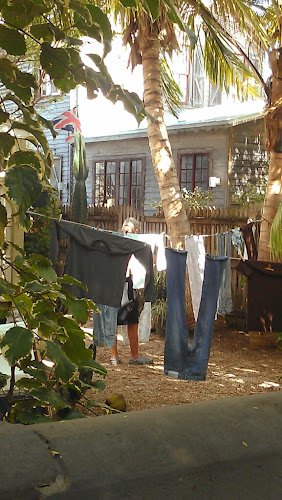 Great stuff as usual from the Studios on White Street.