It happens every Saturday and this weekend was cool, in the 60s  but sunny and lovely. 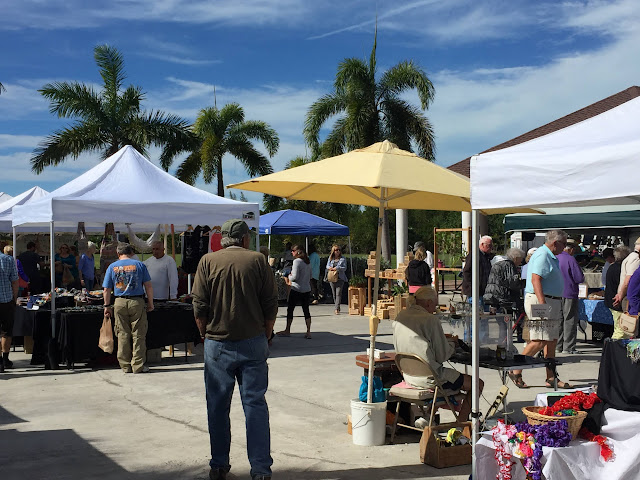 St Peter's Catholic Church in Big Pine is at the north end of the village where the Key Deer land bridge starts. 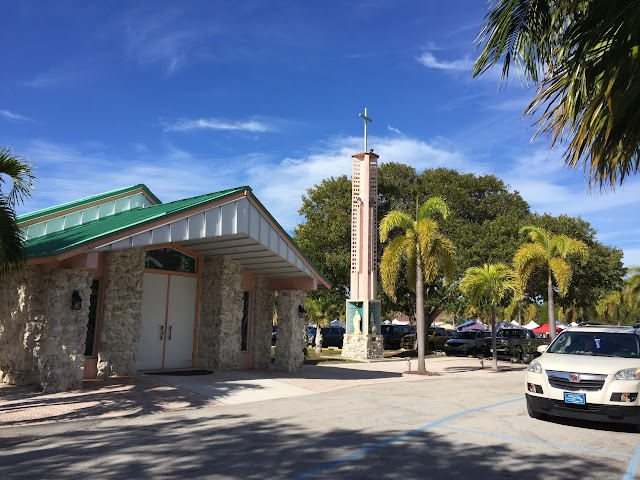 The walk through started with breakfast of Thai kebabs and spring rolls, washed down with con leche purchased on the way at Five Brothers on Ramrod Key. As breakfasts go it was a bit odd but quite pleasant. I could have used more spices on the food, which is odd as I am not in the hotter-the-better camp. 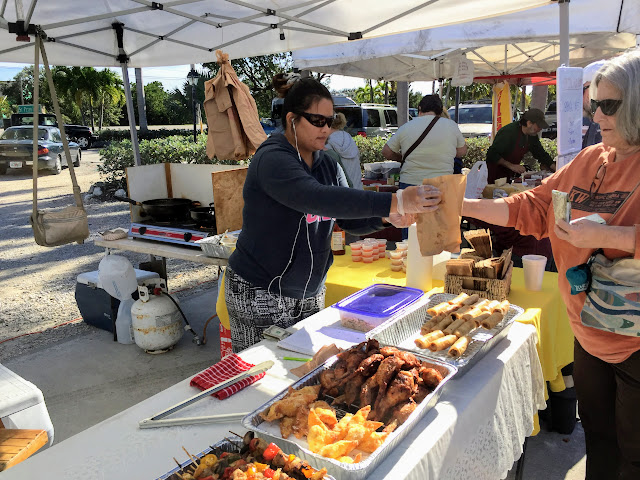 My wife tried to whisk me past the rum cake display but I managed to get a sample of orange and liqueur flavored cake and it was every bit as good as you might imagine. I have a fondness for sponge cakes which I attribute to my upbringing. Or something. 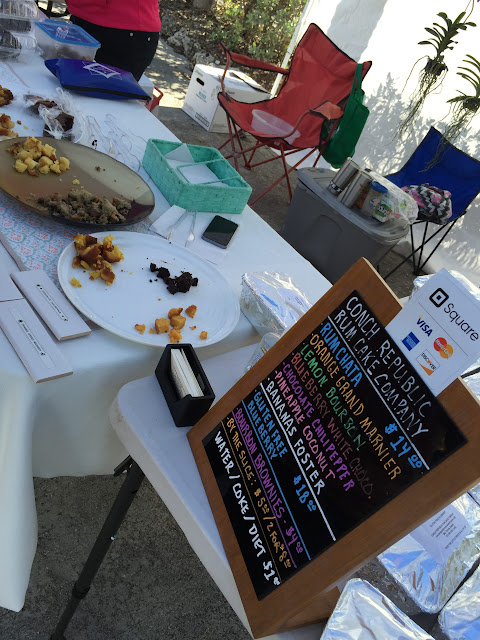 I was not alone in thinking the temperature could have been turned up a bit... 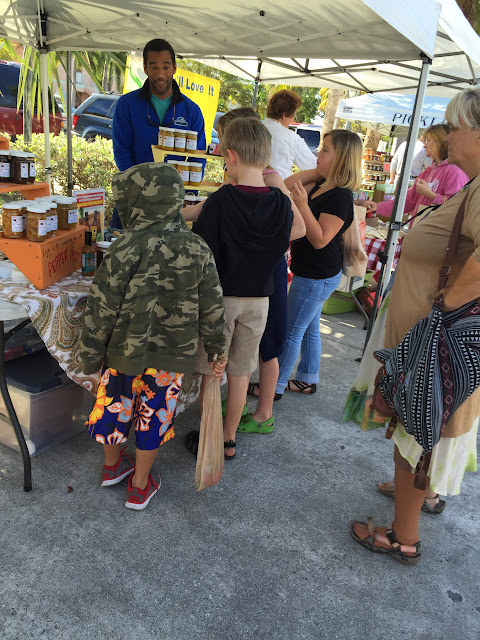 We've seen the Pickle Baron before in Key West at Farmer's Markets there. He was embarrassed by his weird pickle shirt. I quite liked it. Not as much as his pickles though. 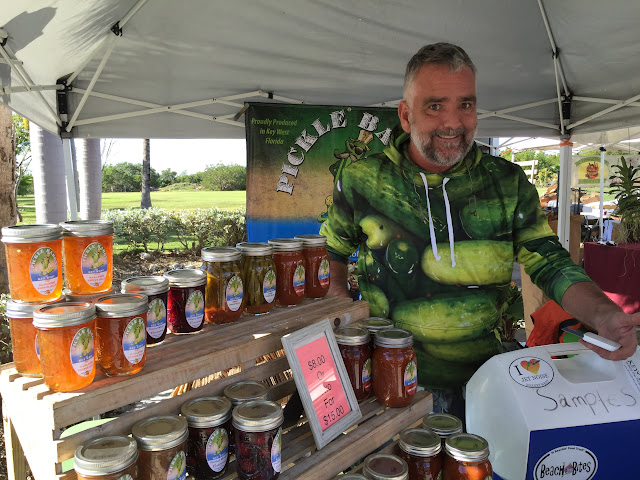 This next guy is a saint. Well he may be but he is really a good cook. He used to run the kitchen at Finnegan's Wake and was set to do the same at he idiotic Backspace Fiasco which has since left town (good riddance). However they left behind a very disillusioned Wayne who now wants to work for himself and rapidly sold out here. Not before we got some excellent chowder and two chicken pot pies. I wish we could have another decent Irish pub once again in Key West. Oh well, this will have to do for now. 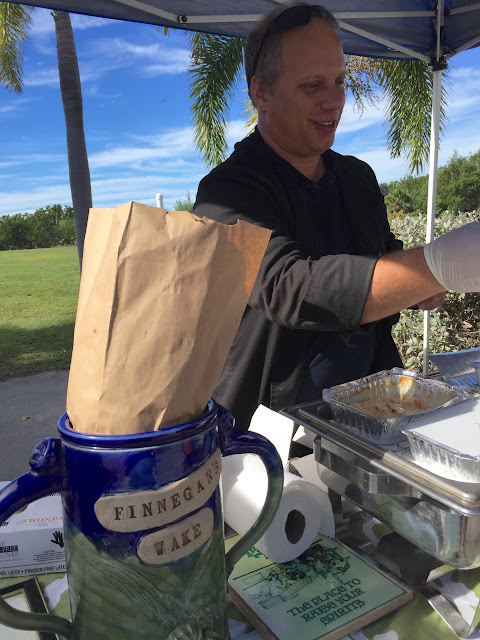 Music was on tap and very refreshing it was too. Uplifeted an already bright day. 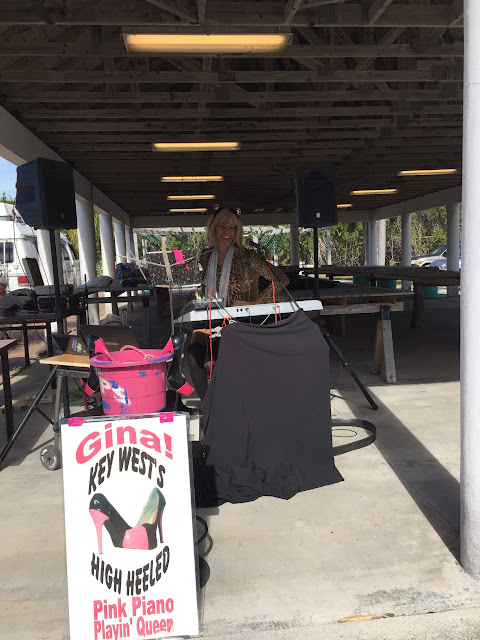 This guy advertises bringing "joy to the kitchen" and his pasta sauces do that. They have no paste or added sugar and as a result they are tart fresh light and utterly delicious. He had some garlic cream paste I tasted and I bullied my wife into buying a jar as I had left my money in the car. She yielded. 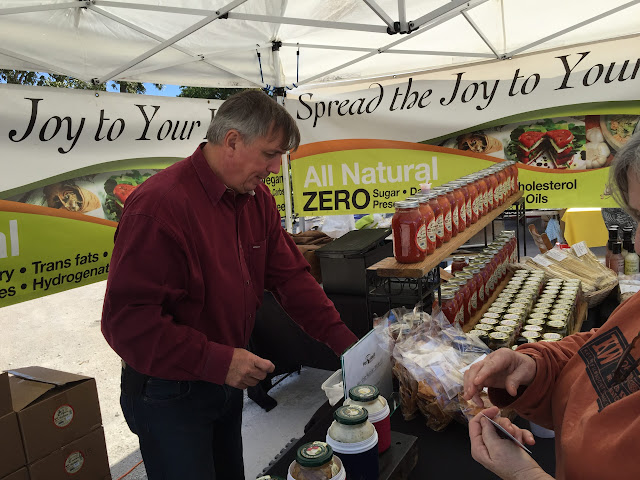 This dude was selling ham and cheese and my wife had him cut a few slices of Serrano ham which wasn't bad but not as salty and tangy in my (biased) opinion as prosciutto... 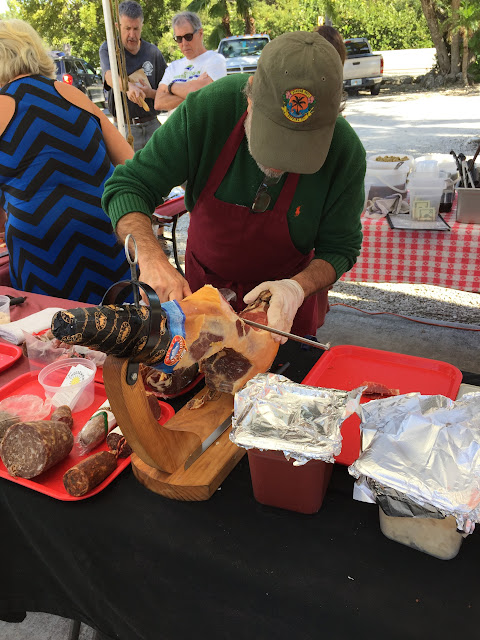 We took some Italian sheep's cheese and some tart cheddar as well because I love cheese in any shape or form. They had a wide selection too. Lovely. 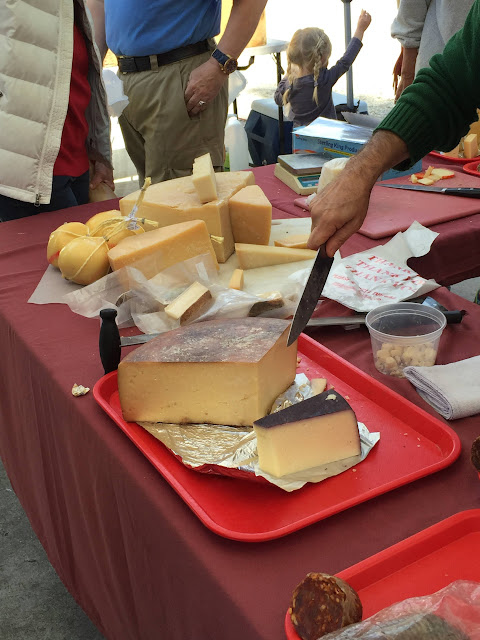 My wife heard him doing his sums in Italian so naturally she busted me and we chatted for a bit. His family emigrated to Brazil from Trento in Northern Italy.  I like his stuff. 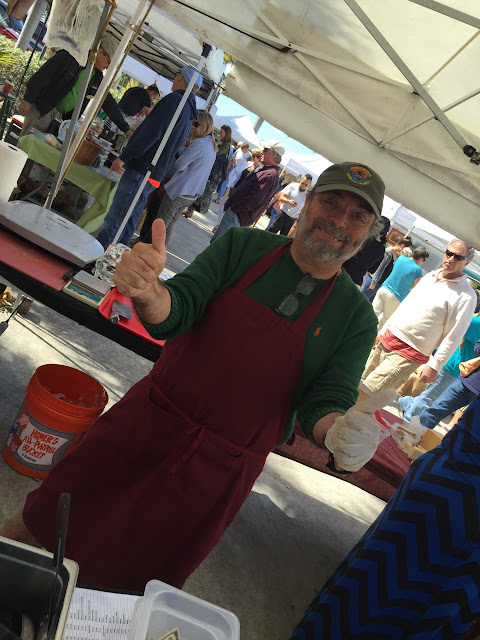 Dogs are allowed by the way but Cheynne, never one for crowds was at home sunning herself. None of this stuff for her. 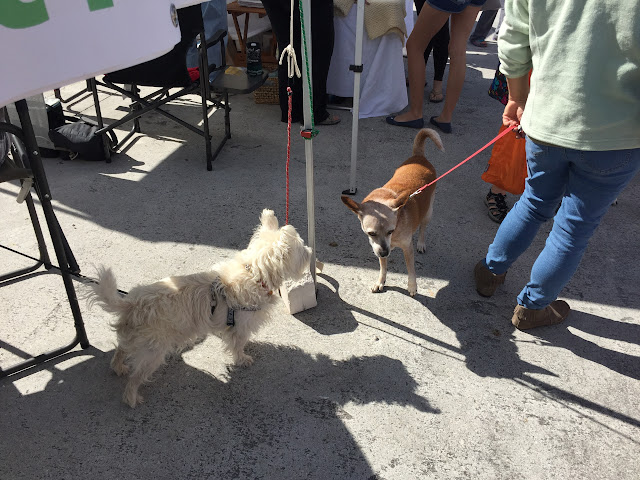 And there was this dude selling bread, good for the table, good for the freezer. Not that I get to eat much bread of course. Before industrial foods were invented they called this stuff the staff of life. 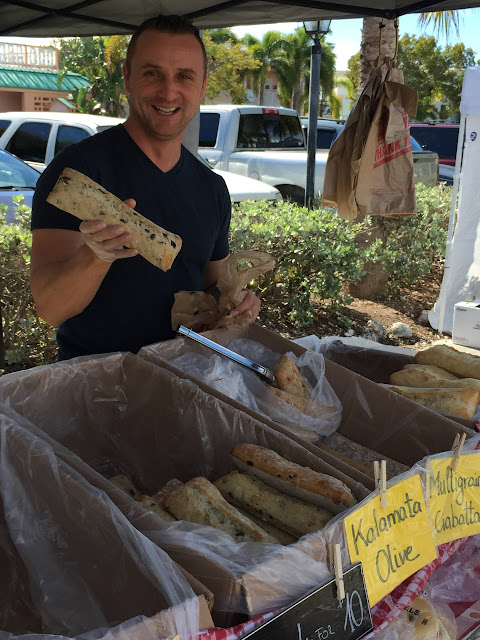 It really was quite pleasant at Big Pine. Check it out: 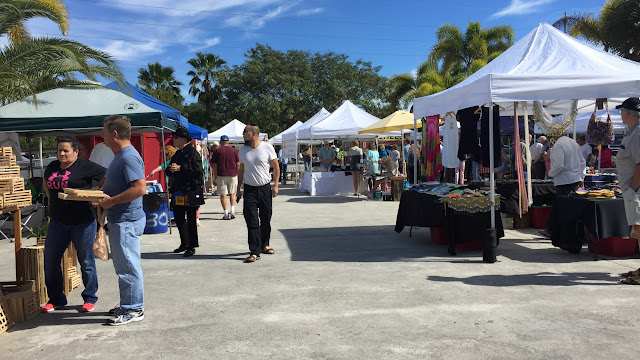 I had a good morning shopping. That's a first.
Posted by Conchscooter at 12:00 AM 5 comments: