Wrapping Up For Winter

"Hmm," I said to my fellow dispatchers last night as we settled in for another night of jollity at work, "it says here people are digging out from under several  feet of snow today in New England." In Key West it's brisk enough to require wool hats and sweaters to fend off hypothermia. 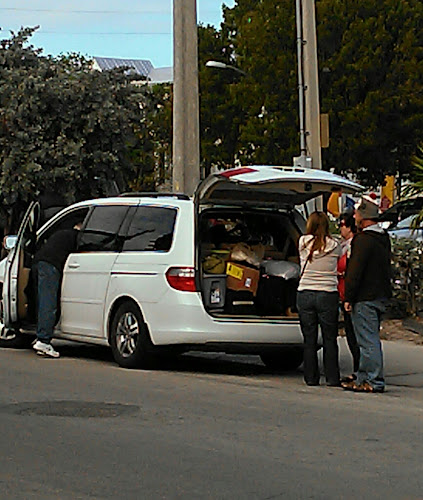 "Sucks to be them," Nick and Kristi replied in unison. With temperatures under 70 degrees all week taking a hot shower has become something of a trial here in Key West, so a quick scan of the online news between 911 calls is a good way to stay abreast of true suffering. Around here true suffering is when you have to wear a  fleece with your shorts as you check out breakfast at Pepe's. 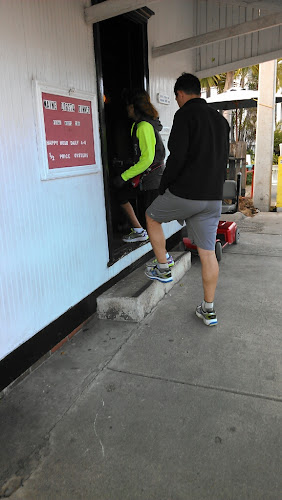 I overheard a woman (not pictured) telling some people she'd just met in Key West how she and her husband were sick of Illinois winters but he has a good job etc...etc...And that sort of talk puzzles me. 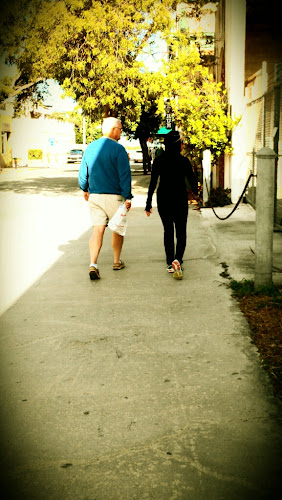 Aren't those the people that like seasons? I saw this guy dressed like half the Michelin man wearing socks too so you know it's cold. I thought of Shannon who got a deal on some kind of huge puffy parka when she worked in a clothing store. It's her standard outfit she says when temperatures plummet. 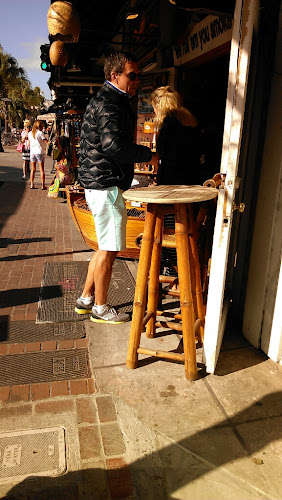 You know its cold around here when Cheyenne puts in two solid hours hiking around downtown and she tries top delay the return trip  by pretending to be exhausted. She gets lots of sympathy from snowbirds, poor old thing, and they cluck and pet her and she takes her tribute. I read my book on my phone until Princess is ready to move on. 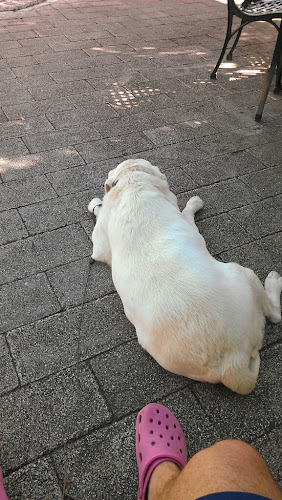 And its not just sympathetic snowbirds who make a fuss of my dog. Homeless dudes sometimes find comfort in her soft fur and compliant attitude.  That cold north wind is evidenced by the hoody. 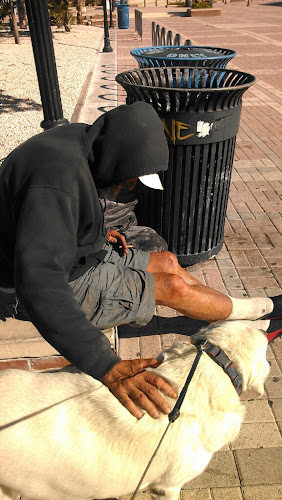 And so we see why exactly the absence of seasons is just perfect as we look across  brightly sunlit Mallory Square as the hardy Northerners admire the monument to the USS Maine as though drenched in summer heat while the flags flap sturdily in the northeast breeze blowing across the city. 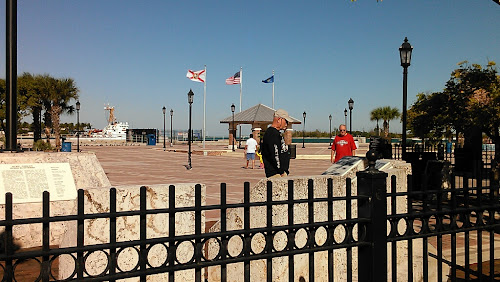 This cold snap is supposed to persist into the weekend when daytime highs will revert to 80 degrees and nighttime lows will be around 70 degrees. Can't come too soon for me though I'm sure Cheyenne would disagree.

Posted with Blogsy
Posted by Conchscooter at 7:15 PM 2 comments:

The news has been loud and insistent: dangerous mosquitoes to be loosed on the Florida Keys. The Mosquito Control District, a public agency in Monroe County has been the object of controversy locally with dictatorial leadership, high salaries and not a lot of public input. New leadership has righted the problems as far as one can see from the outside, and then this. More controversy. 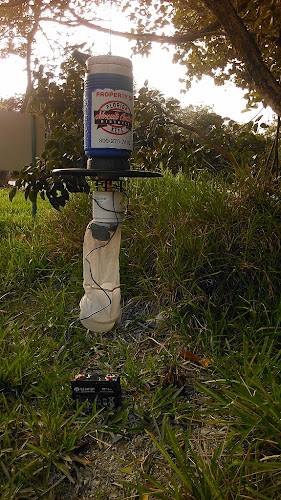 If you live in Monroe County you get used to insects, just as anyone who lives in Florida jokes about newcomers embarrassed to buy cockroach killing powders. After you've lived here a while lizards on the walls are just one more arrow in your insect repellent quiver. Some people bitch about Mosquito Control and some outsiders find the idea of a Mosquito Control District quaint. Both are wrong. Mosquitoes, not flies are God's mistake. In the background of my picture below you can see the Bat Tower on Sugarloaf Key, another failed attempt to get rid of excess mosquitoes organically. The bats  left and the mosquitoes stayed behind. 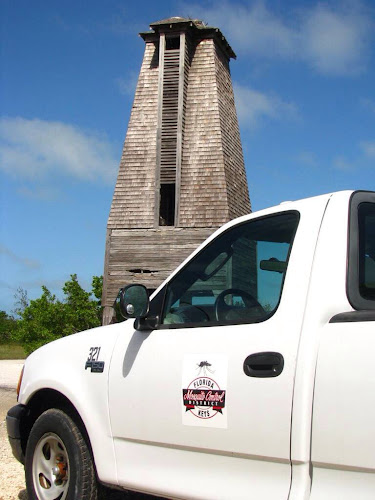 Mosquitoes sting, perhaps not as much as no see 'ums, but they do sting as they inject anti-coagulant to suck your blood. They spread disease and they have always been a problem for humans. More people throughout history have died from yellow fever than any other single cause. In the past they vaporized diesel fuel and DDT and sprayed that lethal mixture. From the Florida State Archive this picture of lethal smoke being spread near Tampa in 1950: 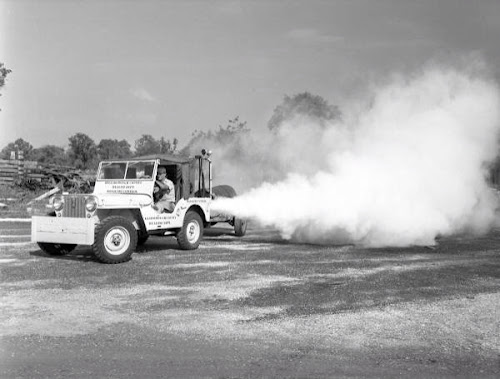 Happily in these enlightened times the District sprays little pellets of bacillus thuringiensis to render mosquitoes impotent and reduce the population. But the climate is changing, mosquitoes are spreading and the threat of diseases previously eradicated is looming. 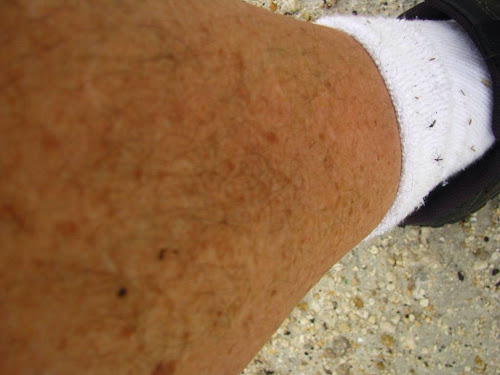 So the question is, should a British company currently lab testing genetically modified mosquitoes in Marathon be allowed to let them loose in the Lower Keys? The answer obviously is no. On the other hand maybe the answer isn't so obvious. I should no longer be surprised by the inability of most people to connect dots but then something comes up and there I am again, surprised! The fact is there are too many people on the planet. A population of seven billion and riding us double the population of when I was born half a century ago. Back then mosquito control was smudge pots and gambusia channels cut in the rock and filled with larvae eating fish... 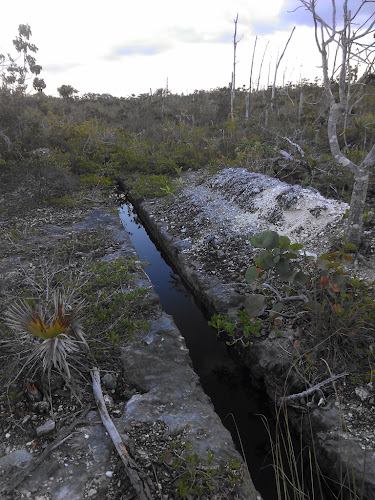 But in those distant days people lived with a great deal more discomfort than we are prepared to do today. In 1902 William Krome, Flagler's chief railroad engineer is seen here prospecting for a rail route through the Everglades. Check out his defenses against mosquitoes, from the fascinating website devoted to the Keys and the past: 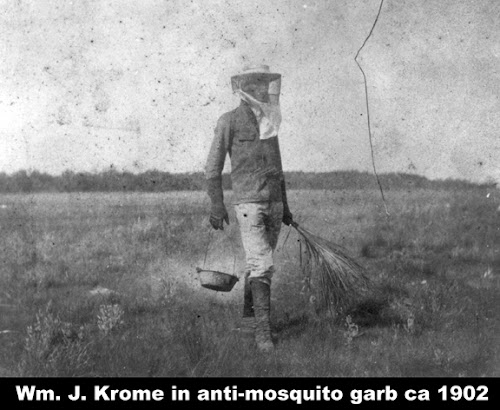 Critics sit snug in this First World orderly environment of clean potable running water, reliable electricity and abundant air conditioning and sufficient resources to eat too much every single day and wonder why we should be the butt of an experiment that they fear may end up poisoning them. I am no fan of GMO foods nor of irradiated foods nor of the Monsanto corporation that seeks to wreck heritage plant sources to create secure patentable profits from genetic coding. I understand all that and I oppose it. I also oppose population growth at unsustainable rates and I acknowledge my part in creating what now appears to be runaway clubs the change. But...the question remains, what do we do with this over populated world. Do we say fuck and let the brown and black people in the Third World die, or go blind from preventable diseases and vitamin deficiency? Do we not have a responsibility to share our wealth? The Ebola outbreak scared us rigid and highlighted the stupidity of cutting public health funding but now we say no to trying to find a way to fight back against yellow fever and dengue? I have read on Facebook, that endless source of lies and confusion how some entitled White residents here feel we don't need to get involved as we aren't at risk for a disease some mopes have never even heard of. I've had dengue and I've seen people die of dengue because they were brown and poor and forgotten by God. Never heard of breakbone fever ( so called because that's what it feels like, believe me)? How soon we forget. 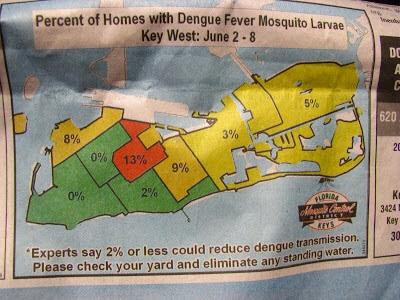 So sure, if it strengthens your convictions call it messing with God's creation ( who apparently created genes for no good reason), call it the new apocalypse, but maybe, in a world where snit bionics are everywhere and losing effectiveness, where vaccination is viewed as witchcraft (the bad kind) maybe we cannot reason our way to splicing genes in a lab to re-eradicate dengue fever. Too bad I guess. 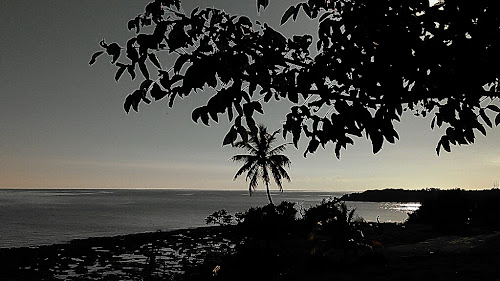 But if like me you look at your dog and wonder how she is descended from wolves and bred to be specifically a Labrador and you think of Gregor Mendel, so then you have to ask yourself, what kind of a leap are we looking at here? Sure I would like to live in a world where we weren't consuming every finite resource so voraciously, I wish there were fewer of us on the planet, but just like you I am not ready to slit my own throat to reduce overpopulation. Just like those powerless endlessly exploited Africans and Latin American peasants and all those others among God's creatures born with an inherent fear of the after life and a determination to live at all costs. Just like the pesky ubiquitous mosquito. I want to live well.