The world's population has doubled since I was born in 1957 and we are told it may increase to nine billion people in another 15 years. Some days it feels like every one of the current population of seven billion tramps through Key West. So some sign posting really does seem advisable. 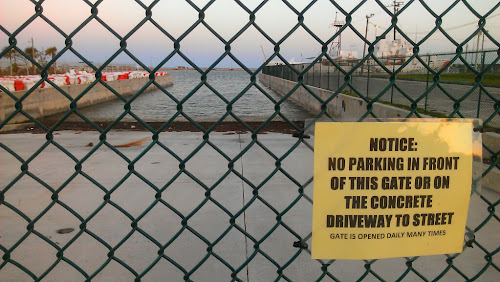 There are however an awful lot of signs in this small town and I do enjoy documenting them as they come and go. Parking is a big headache so lots of signs address that issue in one form or another. 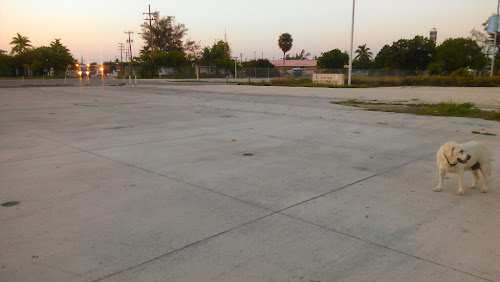 Not enough that there is a barricade; the words give added weight to the message. 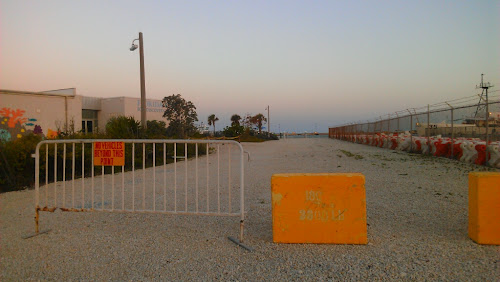 And surprisingly enough the words do seem necessary. Fear of crossing a parking lot on foot is widespread and many drivers feel the need to park right on top of the object of their interest. 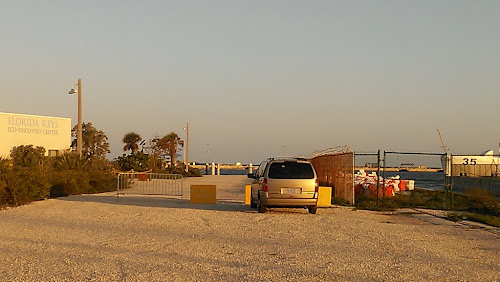 I wonder if these old signs of Navy occupation will survive the renovation planned for the waterfront area. 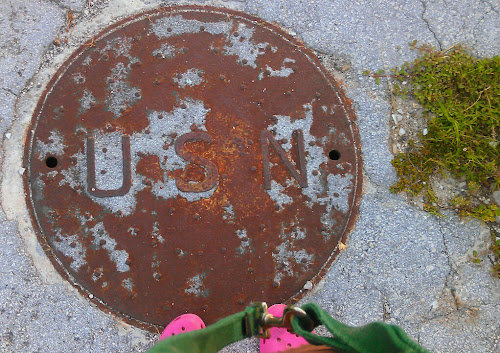 This jeep lives in front of Santiago's Bodega, one of Key West's best restaurants, and walking by always makes me smile. 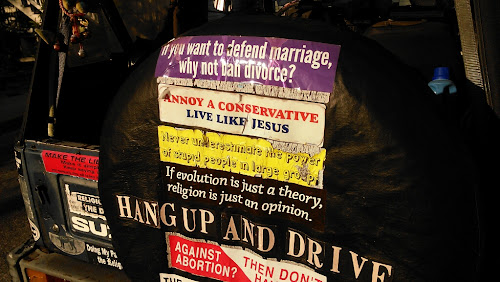 This one by contrast is a reminder of the stabbing at Fantasy Fest, one of those weird murders that was between people who did not know each other. An out of town young man decided a knife was the way to resolve a perceived insult on the street. The Key West kid is dead and the Miami kid is in jail. What a waste. 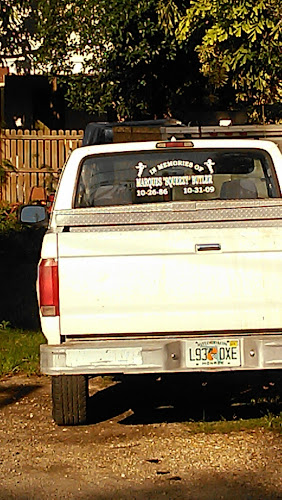 Christmas already? No, just commerce. This all white Nativity reminds me of the story, apocryphal of course of the Texas governor who spoke against bilingual education arguing that if English was good enough for Jesus it should be good enough for Texas students. That may just be a story but if Jesus spoke Aramaic and grew up in Palestine he must have been...a Palestinian? I guess, not that popular culture reflects that. 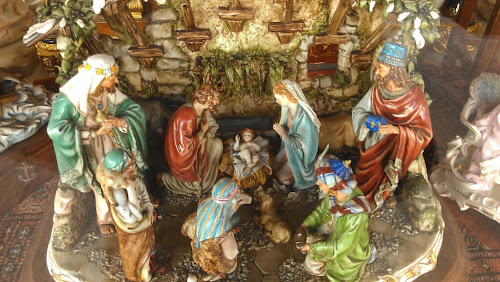 I had not previously noticed this little place on Duval. A dude selling tour tickets engaged me in conversation remarking he used to sleep on the ground where people now sit on the deck and take alcohol. We reminisced for a while and I wondered at the way he told me about his life on the streets. Almost a badge of honor in this town. A county commissioner will tell of living on a boat once upon a time and stories circulate how the city's biggest developer used to sleep in doorways. 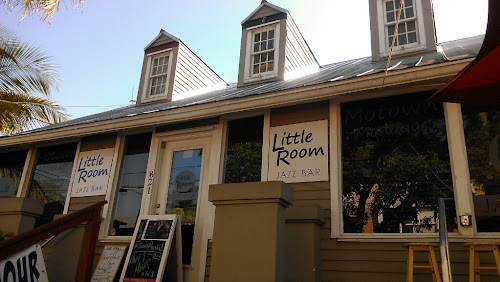 There are still a few of these bizarre little figures aroud town. For a while they were all the rage and had a Facebook page dedicated to them. The craze seems to have passed and slowly so will they. 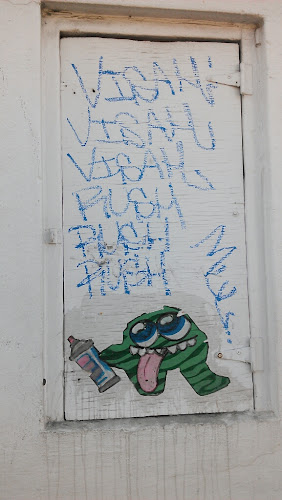 This one below isn't going away any time unfortunately. I have never understood why prostitution is illegal but it is in Florida so drunk men expecting to get laid in these places don't and they tend to get upset. Consenting adults paying for sex in private doesn't seem criminal to me but getting pissed off because the women tease but don't break the law is not a good idea. You'd be amazed how much time police spend sorting this nonsense out. I was tempted once to visit a Nevada brothel but the whole thing seemed so tawdry, even if legal, I lost all interest as soon as I thought about it. I'm not sure what they would have thought had an eager young 23 year old shown up at the Mustang Ranch on his nerdy white Vespa. That probably would have been a first. An opportunity I missed. 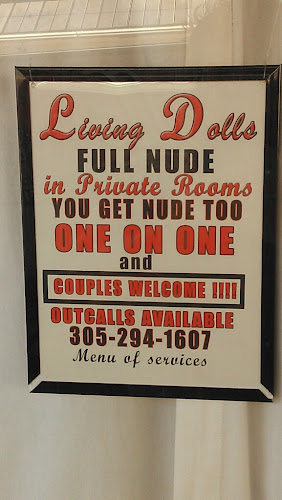 I really like the Island Beauty store shown below. It reminds me of the kind of signs painted on businesses all across the Caribbean. 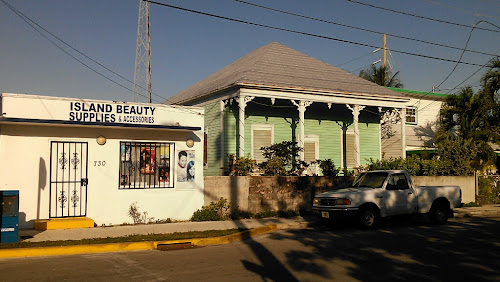 I am a terrible shopper. I'm as likely to visit a beauty store as I am a whorehouse. I just like to look. And photograph.