I have no idea where it came from but yesterday I awoke to a giant black thunderhead centered over the Lower Keys. My only thought as I drove Rusty to his morning walk was that we might see an end to the oppressive mugginess that has plagued the Keys leading up to this giant downpour. 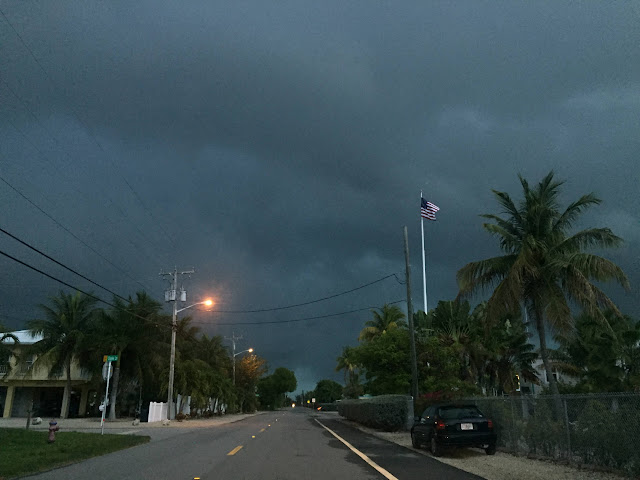 I could see the rain coming south but I figured Rusty needed his exercise and I had an umbrella so we might as well go walking while the going was good. Local mosquitoes on Ramrod Key saw me as a last chance to stock up on fresh blood before hunkering down for the weather so I strode and slapped as I went (I keep repellent in the car and forget to apply it 60% of the time before Rusty walks). 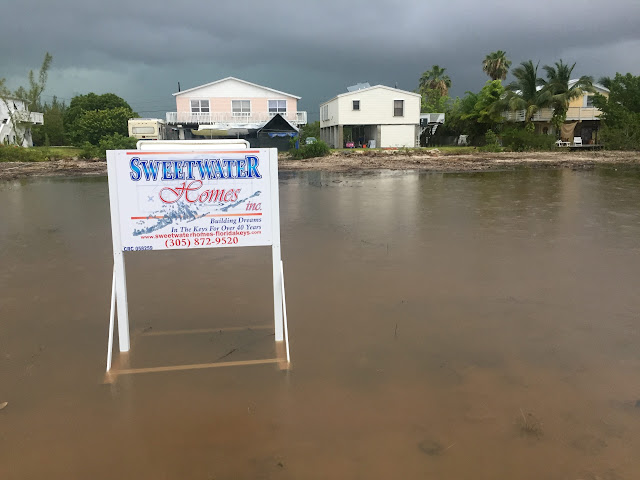 It rained a bit, Rusty didn't care and I had the umbrella but we were alone on the streets which was nice. because I'm a misanthrope. It looks like they need more houses on Ramrod Key so they are clearing a lot below and they have a clear lot, after a fashion above: 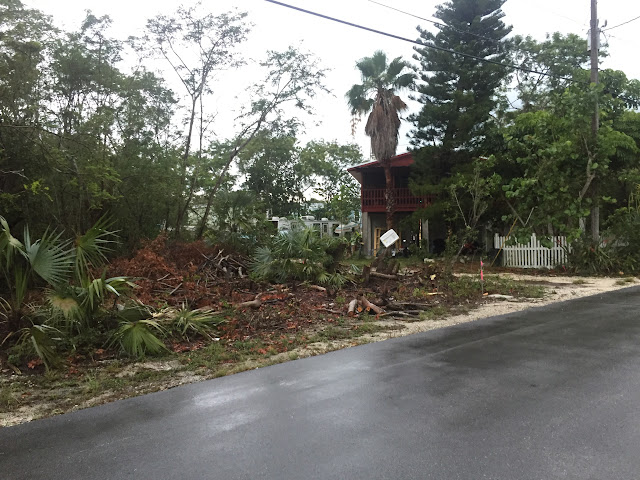 The cause of all the trouble, the reason I was walking under an umbrella instead of lying in bed listening to the raindrops on the tin roof: 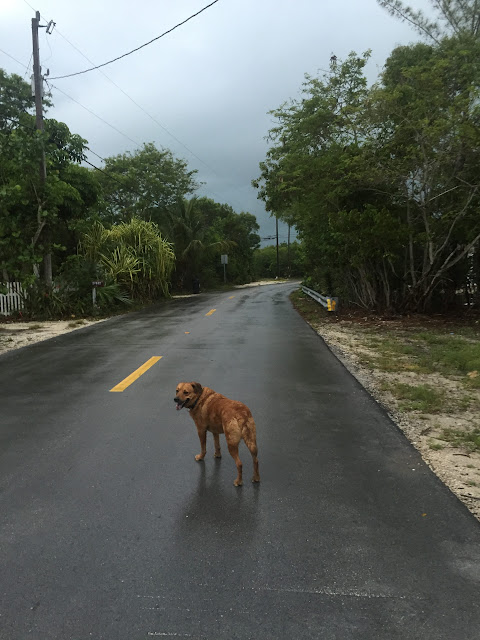 When I first got Rusty in February he hated being out in the rain, perhaps thanks to his many months on the streets of Homestead. Nowadays he seems to be much more casual about getting wet and he was ready to walk yesterday morning, so walk we did. 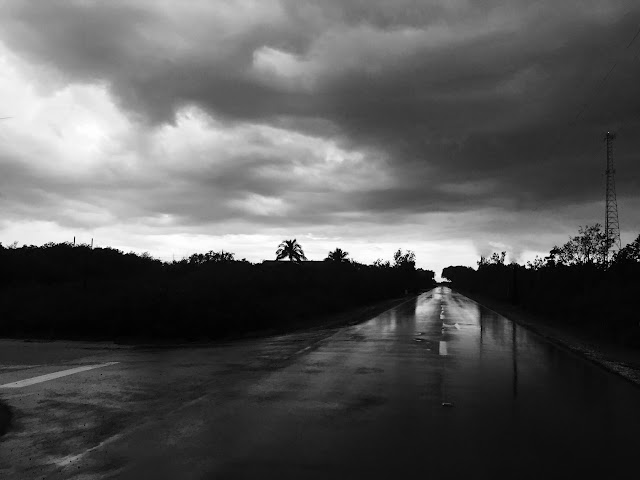 It was a good walk in the end as we timed it right and got back to the car before the heavens opened. I had to go meet my wife in Marathon later that morning and Rusty, though reluctant decided he wanted to come too. It was absurdly dark under the cloud. 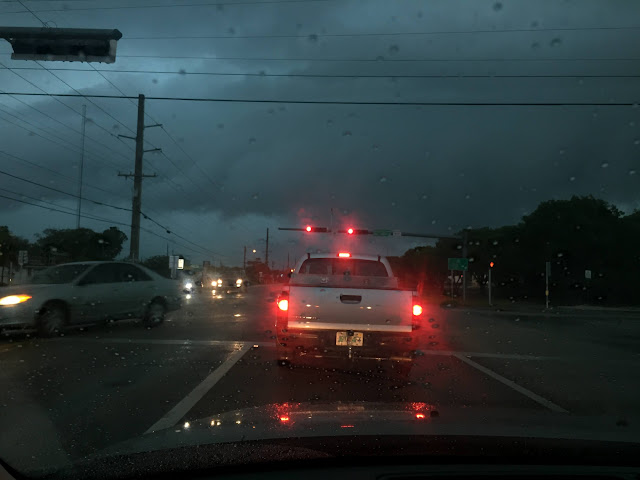 I find the Overseas Highway very easy to drive in the rain. It's mostly straight, the road markings are very clear, there are lots of reflectors and very little puddling. But put a little rain down on the road and terrified drivers seem to lose their common sense. I leave lots of room and turn up the radio. 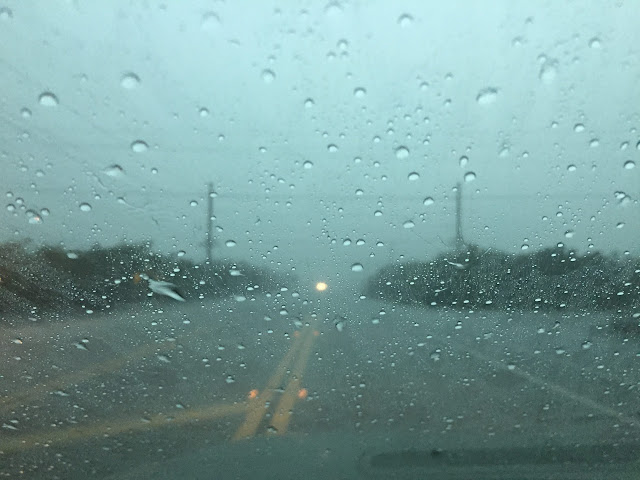 As you can see there was quite the cloud cover over the Seven Mile Bridge so it didn't look like it does in the propaganda pictures under cloudless skies. I like summer rain in the Keys, not least because its the hot season and a typical storm brings temperatures down to 75 from 90 degrees so it's never really cold. The rain usually passes quickly and in fact by yesterday evening the sun was back out, my plants were watered and all was well with the world. 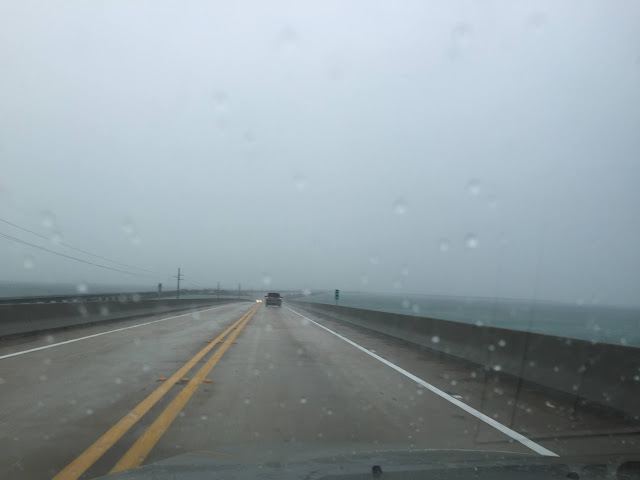 Summer thunderstorms bring drama: noise, lightning strikes, strong winds and thrashing palm fronds and its really nice to sit out on the porch and watch the scene. Its okay to be in the car with your dog: 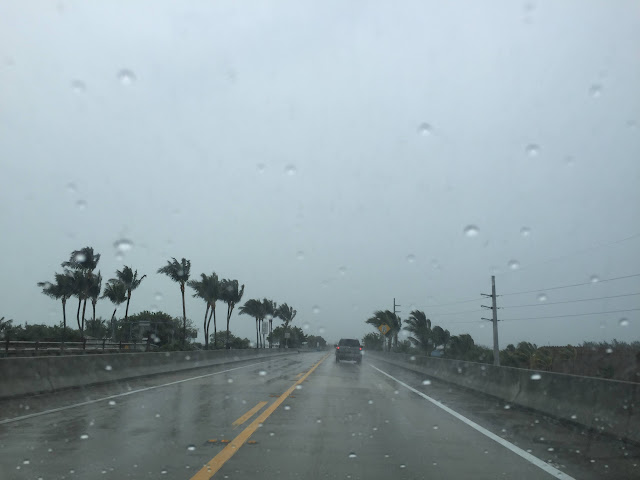 My wife got to work at the height of the storm's fury so she parked her sea bean right up against the back door to minimize exposure. Standing around in wet clothes in a classroom is a pain: 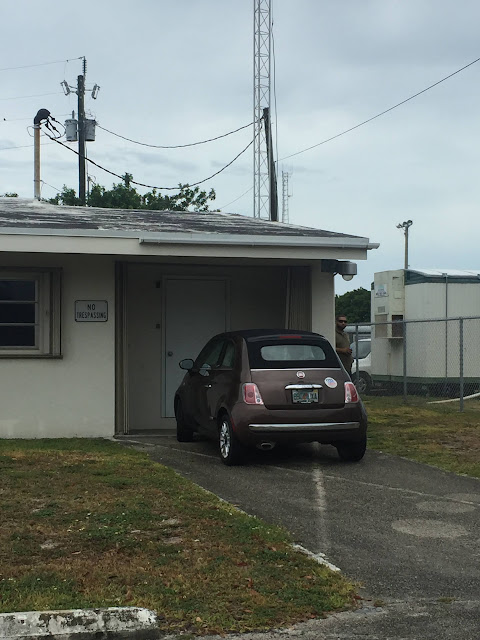 We had lunch at Keys Fisheries and I tested Rusty tied on his leash. He did well and declined to chew through it - at last! For our road trip next month we have the harness he came with a brand new six foot leash made of metal so he can't chew through it and get lost somewhere in the wilds of Quebec. 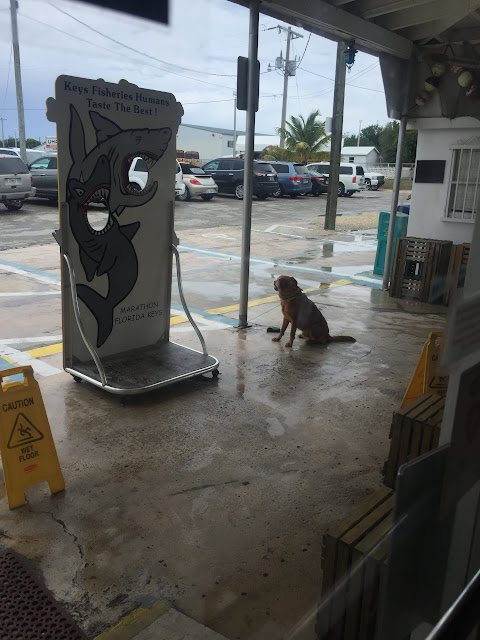 We went for a walk and the post storm waters looked so astonishingly serene away from the winds. 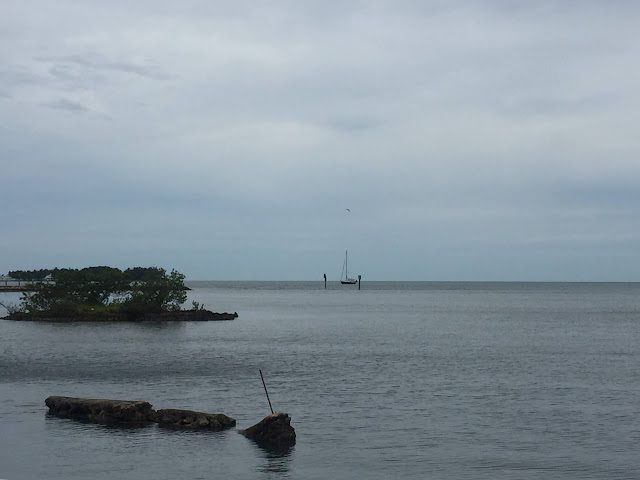 I remember living on my sailboat hunkered out of the rain. That was not a great memory as part of the pleasure of living on the water is the open air lifestyle. Not on a day like yesterday. 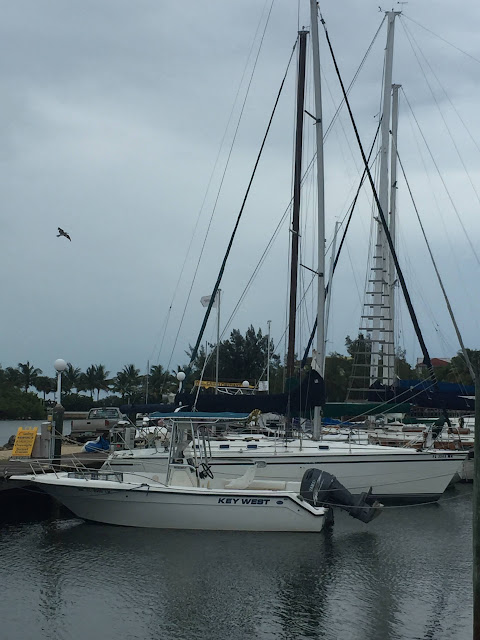 It's May so the poinciana trees are in bloom and this one in front of my wife's work provides a nice splash of color on which to end this dreary dank tale. 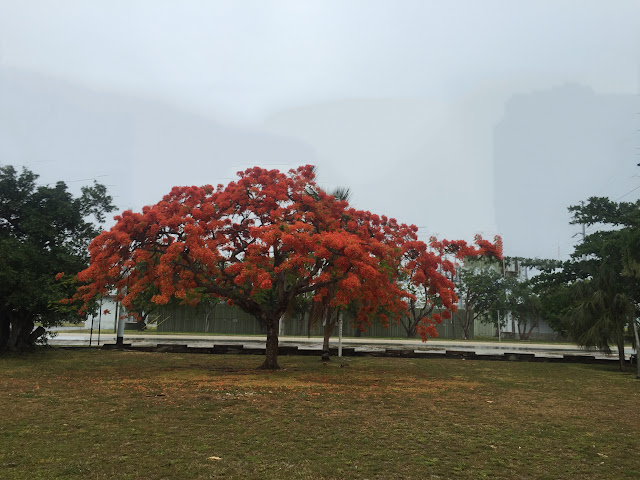