The sign says Mangoes restaurant at 700 Duval will be back this fall after some massive renovations. 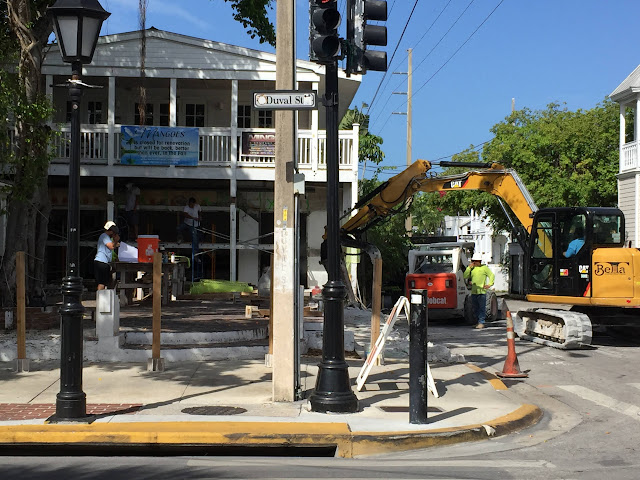 I caught Rusty crossing the by-now-crusty rainbow pedestrian walkways in front of the Bourbon. They looked pretty when new. Now they look worn out and nasty; $4,000 not well spent. 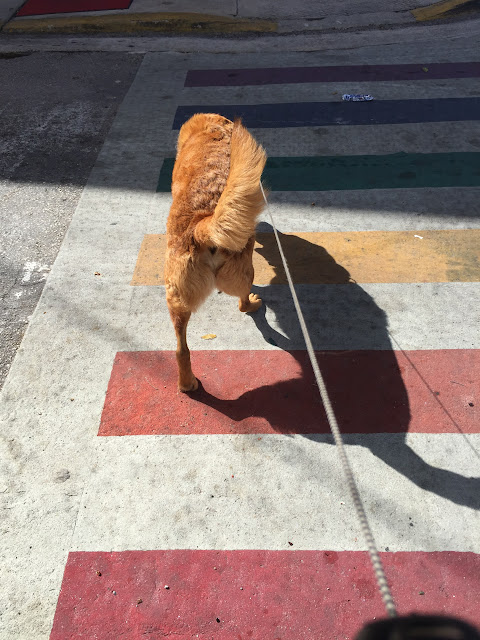 It has been hot lately, and I've asked around and got lots of agreement though I don't know if I am feeling less heat tolerant than usual or if it really is hotter than one might expect. 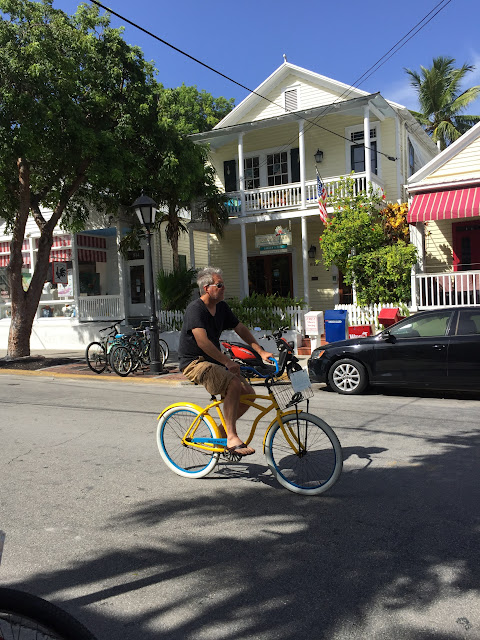 It usually stays stifling until late October so we are in the middle of the hot season right now and there is lots more to come. 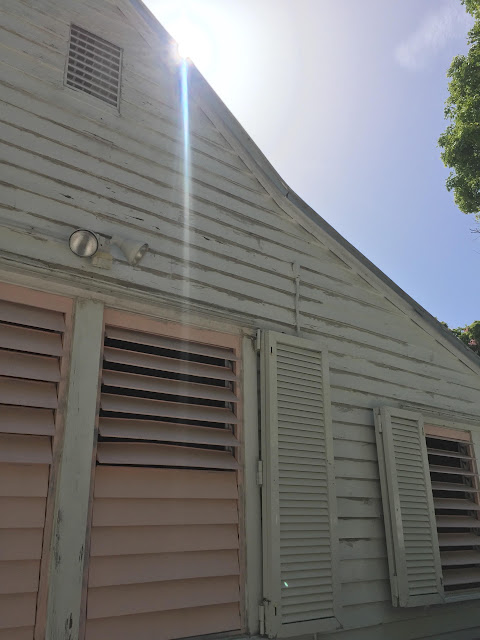 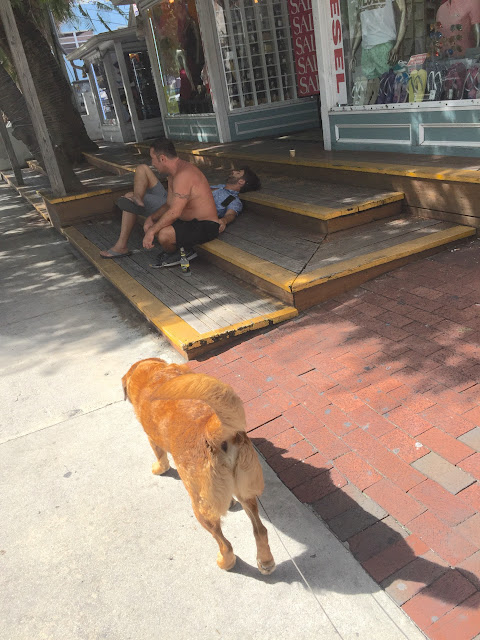 Seeking refreshment on the water: 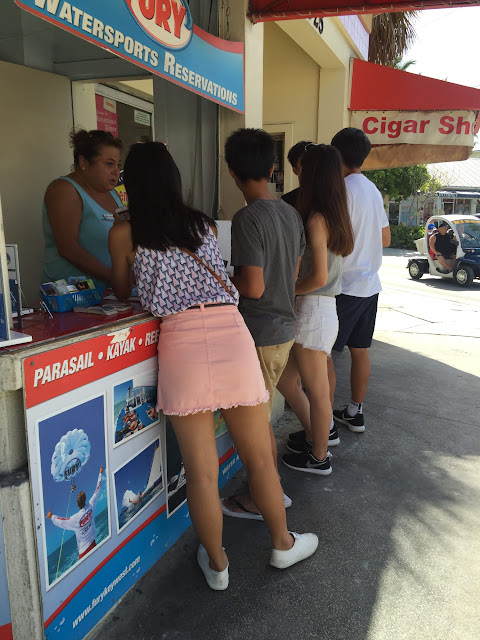 A cel phone and a dark booth can be enough to escape the heat, maybe: 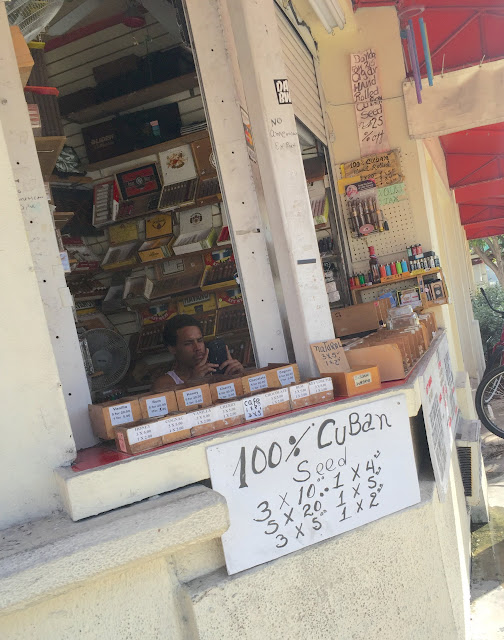 I wondered how Cuban seeds could still be 100% 60 years after the embargo was imposed but who knows. Below we see the classic Key West station wagon: 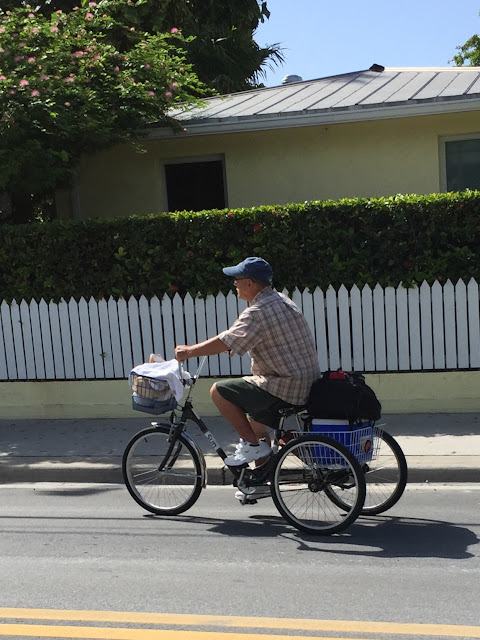 "No Dogs Allowed"  Wot? Not even Rusty?! Lucky I had no plans to do laundry on Center Street. 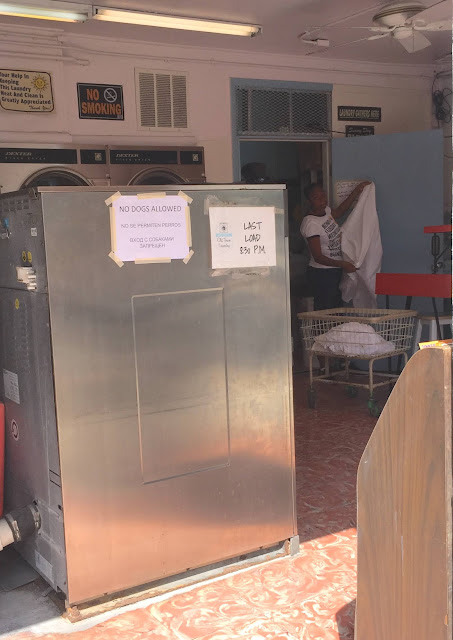 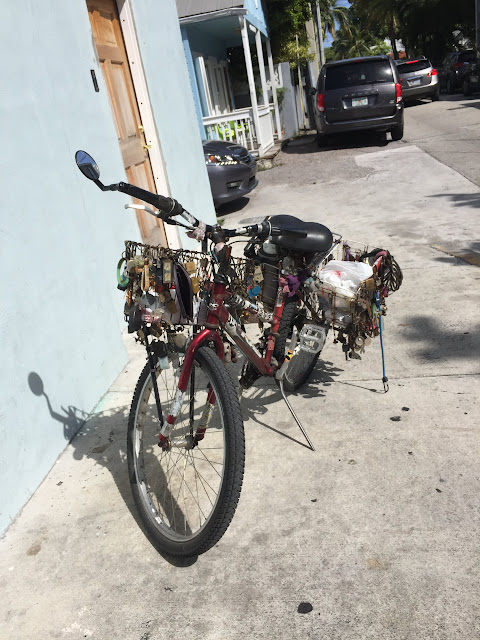 A traffic jam. The scooter rider from out of town did not cut and thrust as I had expected him to.  He sat patiently as though he were driving his SUV.  I walked past the delay. 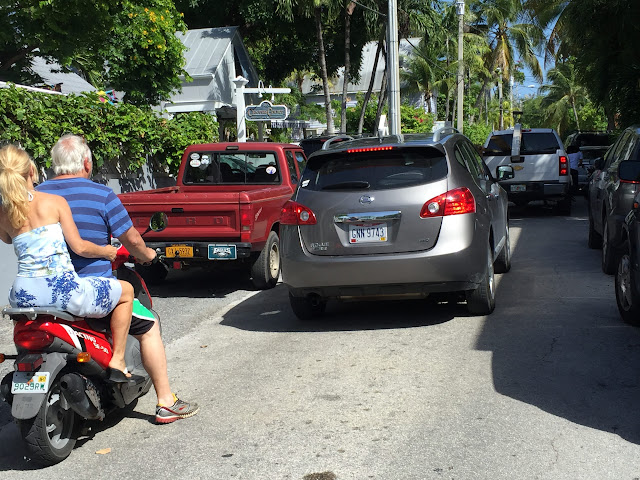 This guy had no dog attached so I guess he was good to go, as frantic as he looked: 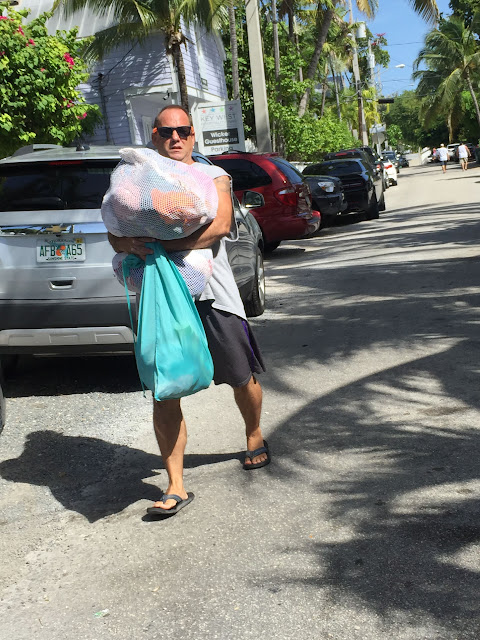 Rusty decided this shady spot was a good place to pause. It's hot enough even my little energizer bunny slows down considerably.

I wondered if there were enough signs explaining this is the Wicker Guest House.  Probably not. Vacation makes people lose all shred of self assurance or common sense sometimes. 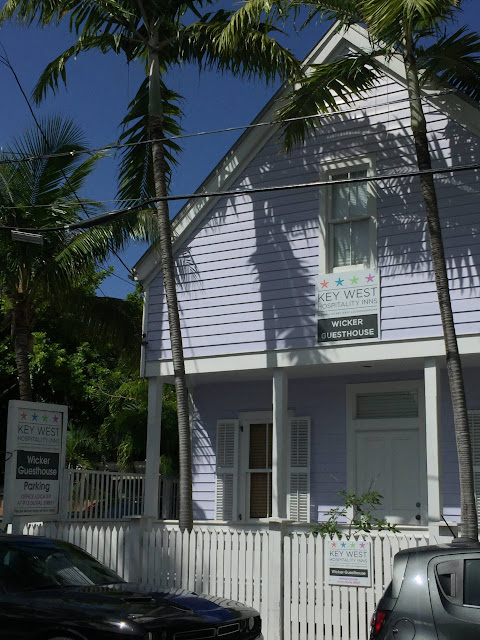 As we stayed in the shade resting my furry friend and I I looked around and took a few pictures of Key West under a hot summer sun. 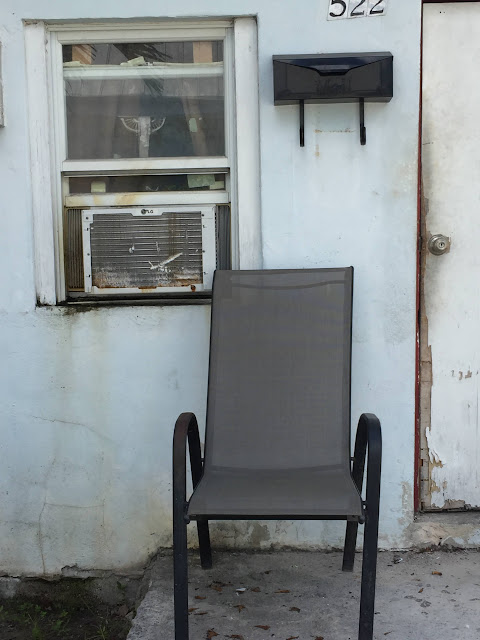 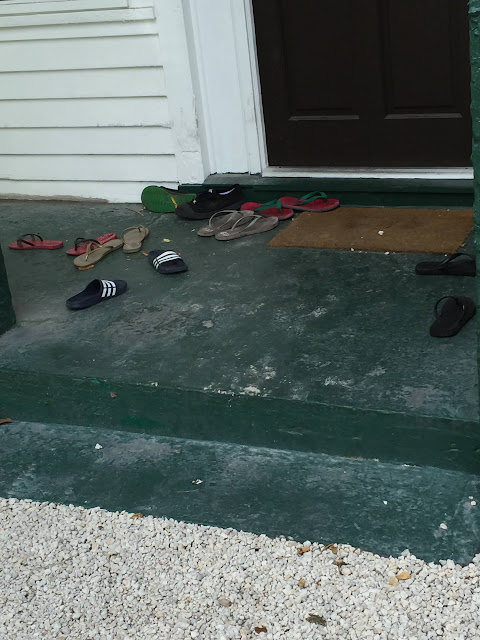 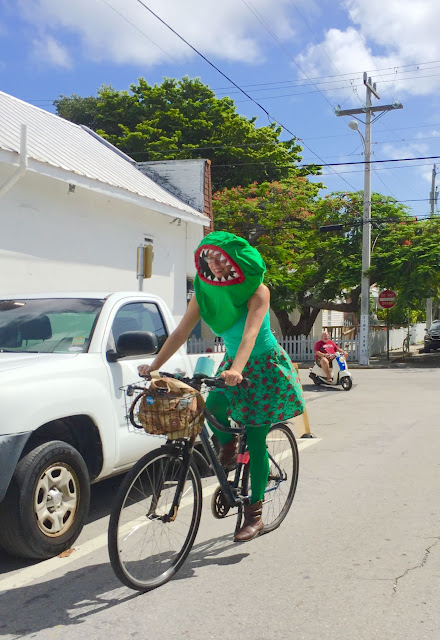 And home after a rest in the air conditioning saw Rusty sitting outside enjoying the heat once again. 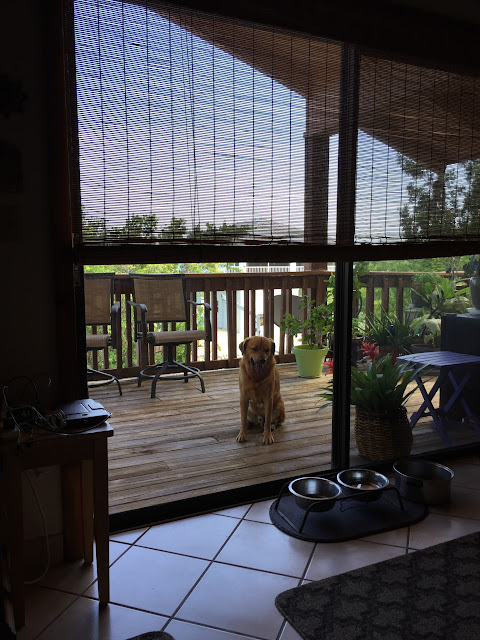 He came in through his private dog door only when he was good and ready.
Posted by Conchscooter at 12:00 AM No comments: