It was meant to be. The voices spoke to me, fate intervened, it was time. None of the above actually. I just decided on the spur of the moment that we hadn't been here in a while and so I impetuously drove down Flagler Avenue and didn't stop till I got to the parking lot at Little Hamaca City Park. 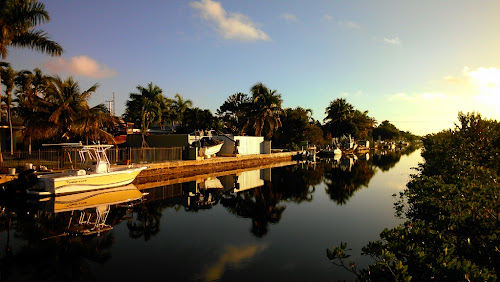 I don't know how Key West does it but this city attracts money in a way Detroit wishes it could. There are construction projects going on everywhere across town; nowhere is immune it seems. 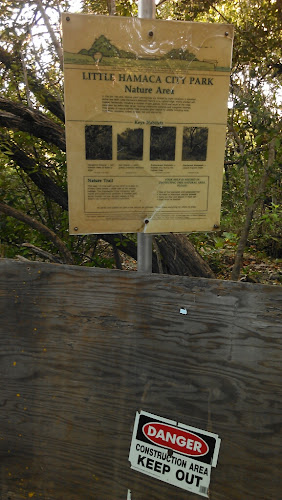 I posted this picture below to my Facebook page. I'm not sure how I feel about Facebook but I'm still experimenting with it. The service seems slow on my phone and I enjoy the wide open space of this page. In all the years Blogger has not annoyed me much, at least since the last format change, and the page is mine own. 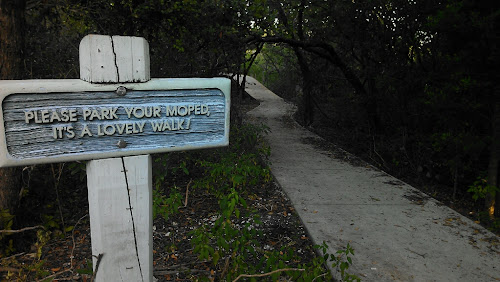 The city is building a new boardwalk through the mangroves and Cheyenne wasn't too sure about it. She kept casting around as though looking for a way off. I worried she suddenly needed to take a dump so there was me, plastic bag poised chasing after my lumbering dog worrying what was to appear from under her tail. 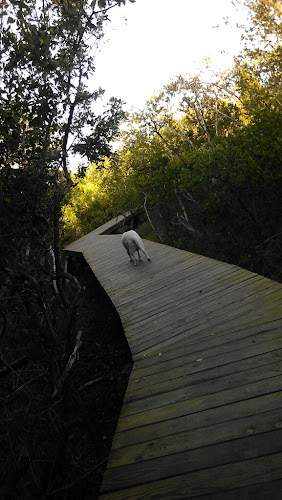 As it turned out nothing and when we got back into the dodos the precipitous pace slowed to a crawl. 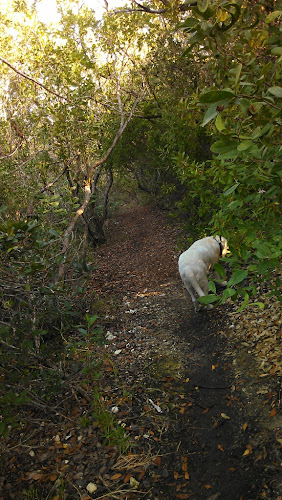 Little Hamaca has a reputation as a hang out for the homeless and a pick up place for men looking for men which is odd until you remember even today there are situations where bring gay is not encouraged - by wives in particular. Call me lucky or unlucky but I have never been accosted. 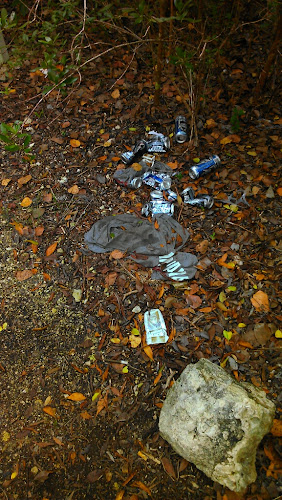 And this place does need a refresher. 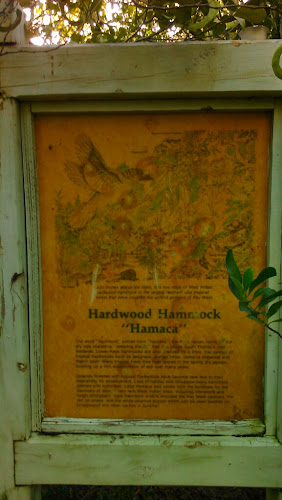 Bees! Not only were we alone, Cheyenne and I but we never saw a bee. Too bad as they are much needed these days we are told. 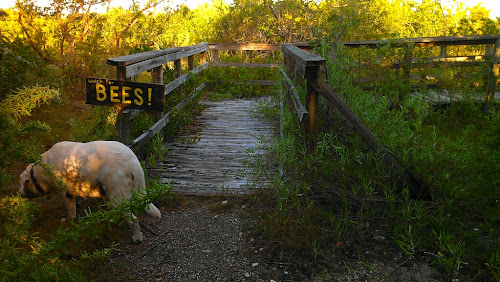 This is the old style walkway, yet to be replaced. 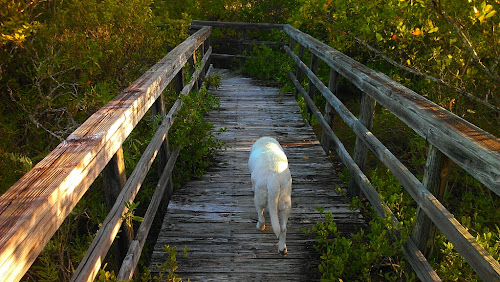 The riviera Canal marks the edge of the park, a ten minute amble from the car. 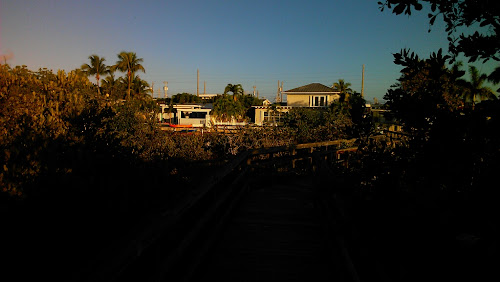 Later I drove a Riviera a Drive and took these pictures looking back at the park. 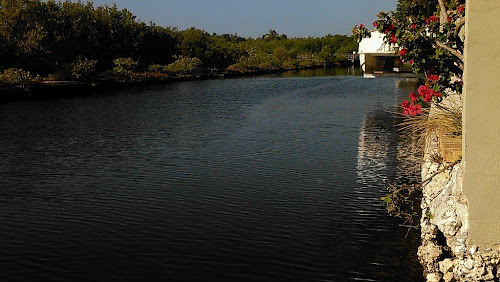 These are the only canal front homes in a Key West. There are a few other waterfront homes but not fronting a proper canal. Pay accordingly. 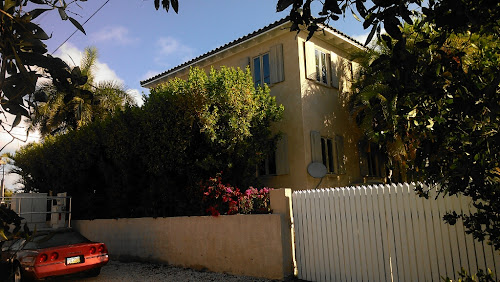 Meanwhile the hound and I were still blundering about in the mangroves. It's really hard to get away from noise in Key West and being a flat island swept by wind, car noise travels everywhere. And then this place is right next to the airport. 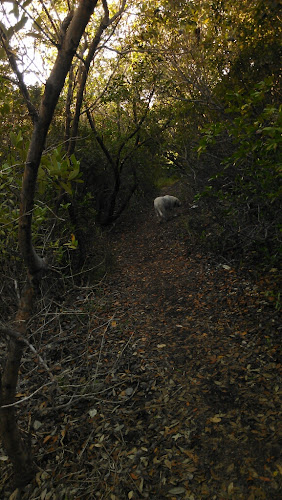 I was enjoying the deep blue summer sky, and it was early enough the breath taking humidity if later in the day hadn't settled over everything just yet. 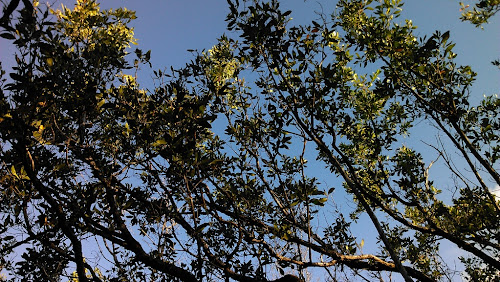 It was a good day to be out. Excuse the squint. Later in the day we went to Walgreens to get passport photos as my British passport has expired. I think this picture would do better than Walgreen's effort. 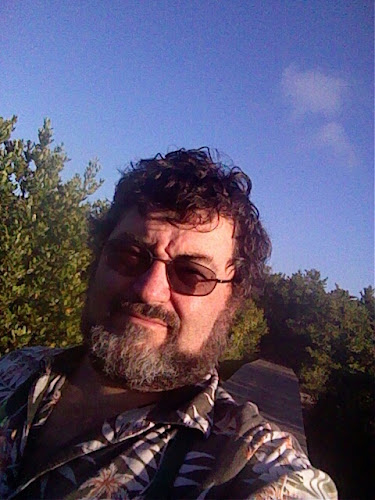 Oh and the reason for the walkway is to cross the mud and water that the mangroves grow in. "Hamaca" is Spanish for hammock. It is said when the Spanish explorers encountered the natives of South Florida they described the dry spots where they slung their peculiar sleeping contraptions with a word that the Spanish copied phonetically, confusing the beds with the mounds of dirt with hardwood trees growing out of them. So now we nap in hammocks and view hardwood clumps rising slightly above the swamps as hammocks too. 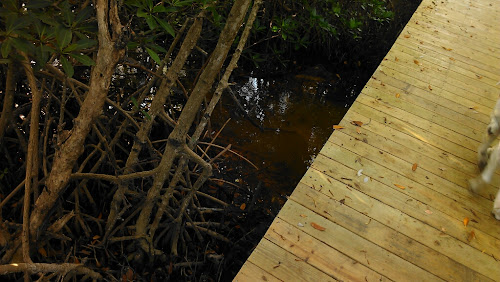 On our way out driving down Government Road past the airport we saw the old hijacked Cuban airplane still sitting there rotting slowly. It's part of the embargo madness that planes flown to the US get awarded to a Cuban family that won a one-sided lawsuit against the Cuban government. So instead of obeying international law and returning the plane it gets to sit here and pay off a phantom debt. Even the Citizen newspaper has finally come out in favor of ending the embargo. 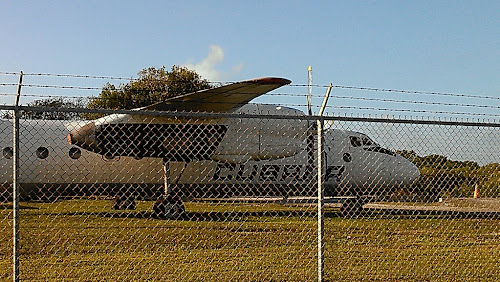 Might as well make the damned thing a homeless shelter. At least it would serve a purpose!