The Incivility Of Incompetence

The very high tides of the Fall equinox are dropping at long last. I checked the canal the other morning and tides were down at least a foot below the highest of high tides, so I had hope Rusty's favorite path could be walked without Crocs. The sunrise was nothing special I have to say other than the fact that I photographed it while I had dry feet deep among the mangroves. That was really nice. 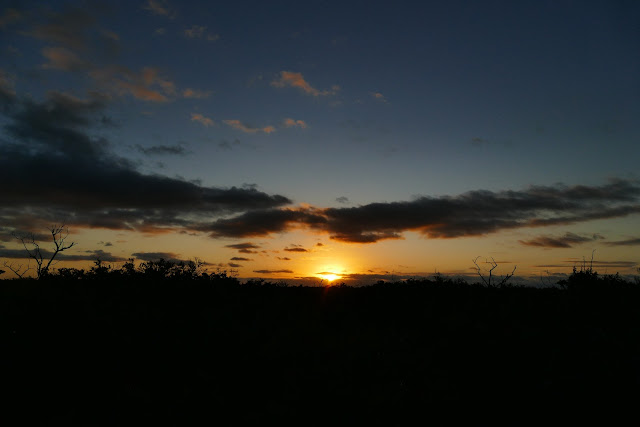 I am trying to be more zen in my daily life all of which got blown to shreds with the attempted delivery of a new washer dryer my wife found on sale during the recent holiday shopping madness that I ignore. She arranged a delivery date and they promised to arrive between ten and two on my rare day off. Brilliant.  Of course they showed up after two pm and I was not surprised however the attitude of the crew was terrible. I am no one's idea of a handy man especially in someone else's house and when the delivery guy came out of the utility space shaking his head complaining the valves were corroded open and he couldn't handle the "liability" I watched them drive off wondering what the hell just happened. 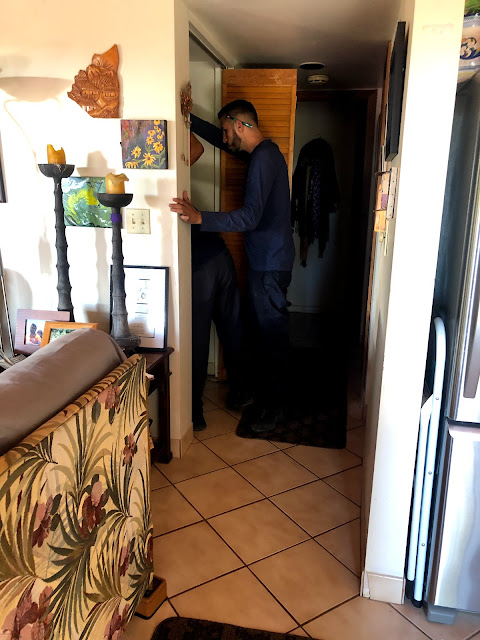 I called the landlord who is a Miami based builder and a first rate human being, - he even brought me lunch several times when I was in the hospital in recovery, imagine that! - and he explained what needed to be done. I am always ready to learn so next time we need a new washer dryer (in our retirement van, ha ha!) I will know what to do. Actually it was so simple, apply lubricant, wait and then apply gentle insistent pressure and bingo the valves closed and it was the work of seconds to remove the hoses. I realized all I needed to do was imagine I was working on boat through hulls which have similar characteristics and I would never have been faked out by the stupid things. They weren't corroded there was no danger of a water spout, Best Buy's delivery people are idiots. They have to be if they know less than me. So we had to organize a return delivery and next Tuesday is going to be the day. Oh boy my wife is patient with me. 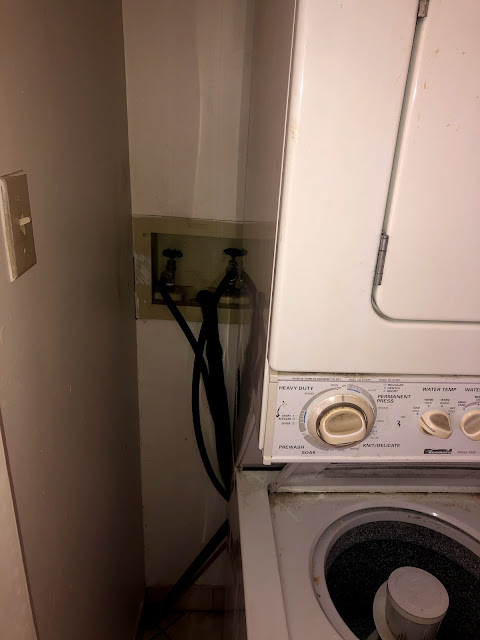 Two decades living in the Keys, and most of those years in houses have made me incredibly leery of calling on experts for repair help. I don't know how it works in more expansive mainland communities but around here the simple act of showing up is a heroic moment of decency by a repair crew. And the ability and commitment to actually complete the task close to budget and close to on time is a lot to ask or even hope for from repair people this community. I suspect it's similar everywhere but the Keys present two problems that are locally significant. One is that not many people move here to build their careers and when you find a service provider worth their salt, and there are a few, you have to find some way to keep them here because the chances are: their rent will go up, they'll fall in love with someone or fall out of love with the"island lifestyle" or their family obligations "back home" will require their immediate departure your kitchen remodel be damned... And the pool of likely candidates to become reliable helpers shrinks even further. 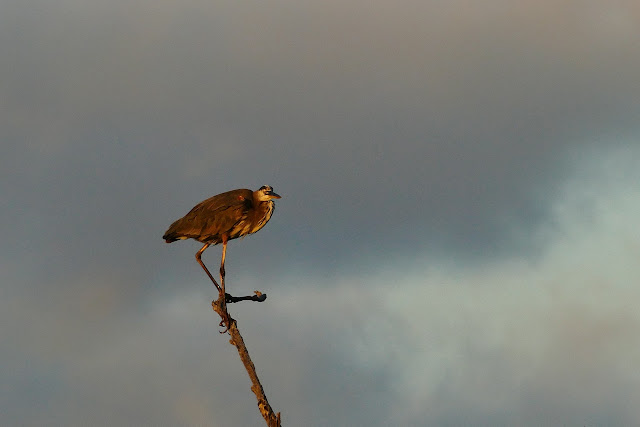 If these musings strike you as the helplessness of an idiot you are partly right but the post hurricane rebuilding of the Keys confirmed this for me and  indeed I can assure you that after any widespread storm damage to buildings the response times will reinforce the message that there is no help. I know people who waited months and months for major repairs after Hurricane Irma as there were no contractors available even though the Keys were filled with outsiders with tools working flat out. I was lucky my landlord had his own crew and a water truck to come to our neighborhood after Hurricane Irma to help put things right. Even luckier he reinforced my house after Hurricane Wilma and the building stood up perfectly to 150 mph winds. But that's the sort of lucky you cannot buy. 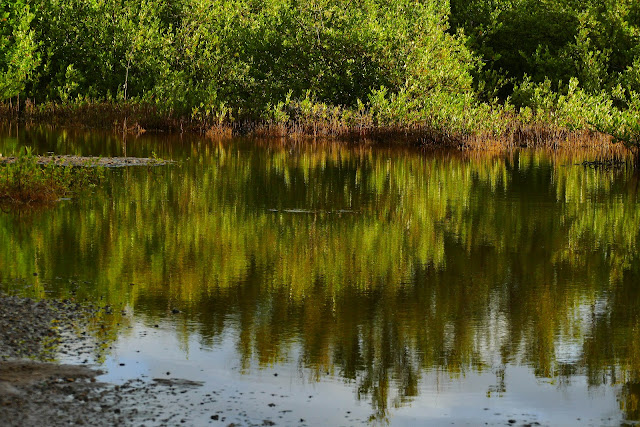 I've spent much of my adult life not living in houses and given my intellectual childhood with lots of books and not many tools I've had to figure stuff out for myself with mixed success. I liked boats because things on sailboats seem logical and serve visible purposes. Also you can add systems as you go where I find houses overwhelming in their complexity. I guess even at this late stage it's not late to start the unraveling of my ignorance. Frankly I'm looking forward to moving into the van which my wife and I have deliberately kept as simple inside as possible. 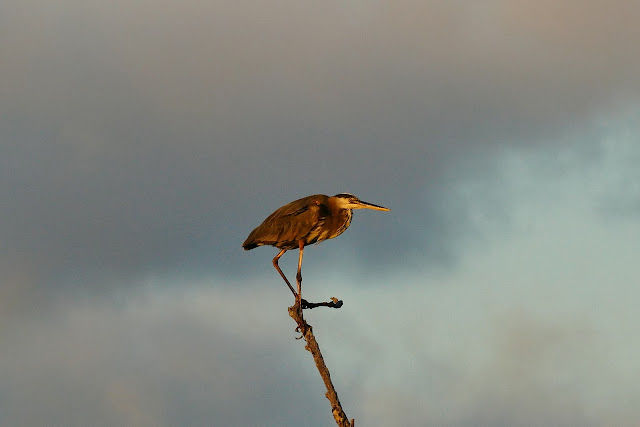 I struggle with drawing excessively broad conclusions from one failed encounter especially as it was partly my incompetence that allowed them to get away with not completing the task but it was a reminder of how fragile are the threads that we depend on for daily living. I especially have a tendency to feel excessively the notion that one is never taken seriously because we "live in the Keys." The notion of island time and indifference to delay is pervasive when people talk about life in the Keys. They look at us as though we are the sort of people who don't mind living in tropical indolence with non functioning lifestyles. Inside the Keys what one actually wants is to live in frost free and all that, but we still want things to work. When you call 911 you expect an answer, and when you suffer heat stroke or a heart attack you want an ambulance to show up promptly. Island time butters no parsnips when the chips are down - and I can't quickly think of another metaphor to mix into that sentence. 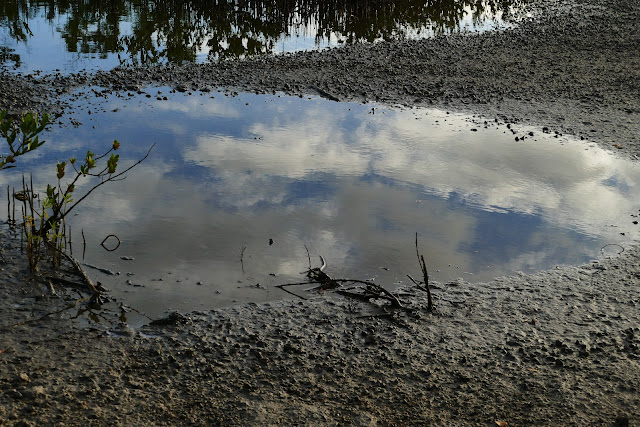 The washer dryer will come next week, and the week after that the ridiculous struggle required  to install it will be forgotten. That is until the last time we load it before we leave and get all nostalgic  about "remember when we couldn't get it delivered..?" And then we drive away to a life of laundromats and hauling water by hand and monitoring electrical production and wondering why the engine won't start at the most inconvenient time. Ain't civilization wonderful?
Posted by Conchscooter at 12:00 AM 6 comments: