It has been a wild summer and we haven't even entered into the heart of hurricane season just yet. The first wo pictures I took standing on my porch one wild night filled with thunder and lightning, high winds and pouring rain. The electric lights never flickered but such was the owner and frequency of Nature's light show... 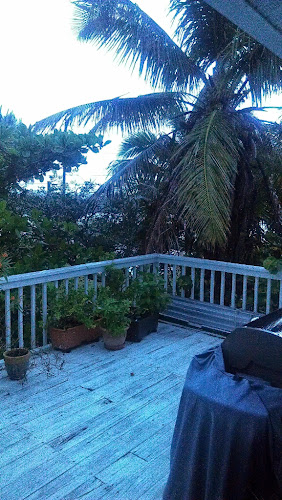 ...it seemed I could not fail to snatch impossibly brief seconds of night turned into day with my inadequate little phone camera. And there it is, one second dark as the Earl of Hell's waistcoat and the next second night is made day. 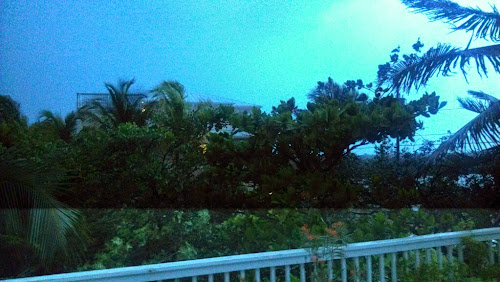 I know this has been a wet summer and in case anyone Up North thinks its all beer skittles and sunshine in the Keys I wanted to interrupt my usual flow of sunny pictures with a reality check. This was taken around lunchtime when I snatched a moment between downpours to pay a visit to the bank on Summerland Key. Flooding everywhere, puddles, muck and rotten wetness all day Wednesday. 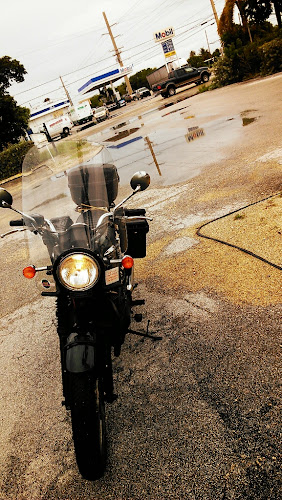 It was more an act of solidarity and desperation rather than in any real hope of getting walk, that I took my ever eager dog in search of a walk yesterday morning. Rain pounded the tin roof of my house, wind shattered the calm of the trees, Cheyenne clattered down the stairs to the car under the house all happiness and desire. 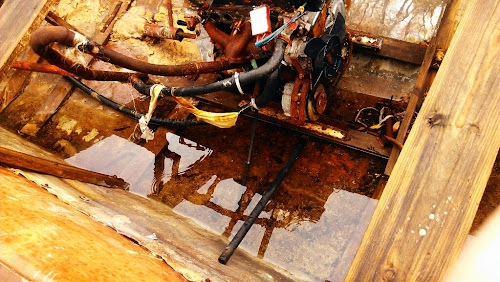 Skies were clearer, marginally to the east and we drove all the way to the Seven Mile bridge, stopping just short at Veterans Park where the rain seemed lighter. The Cuban chug, a homemade boat used by emigrants to cross the Straits of Florida, is still there abandoned and filling with water, and the gray skies promised lots more to finish the job of drowning the hardy, ugly, vessel... 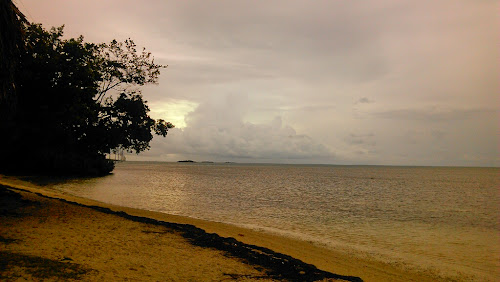 The rain retreated a while and Cheyenne sat disconsolately under a Tiki hut while I fiddled with my book on my phone. It was dismal and I am pathetic for letting the rain drown my good humor. It was still warm, though not hot at almost 80 degrees. When we were in Asheville on the Fourth of July it was also,pouring, finishing off the mountain communities that were already waterlogged from a soaking wet Spring. 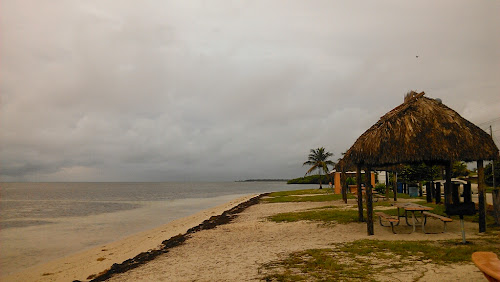 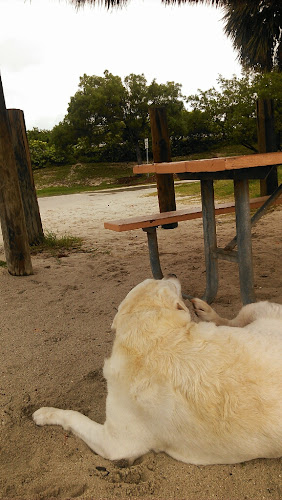 So I took her home and miraculously the skies cleared slightly over big Pine so we got out and walked a half hour through the Avenues, damp but not dispirited fully expecting to be drowned. Not a bit of it, Cheyenne finally headed back to the car and laid herself down at my feet taking her after-walk pause before standing next to the passenger door asking to be taken home. Suddenly she stated barking wildly to my shock. A burly bearded man in his 30s perhaps, approached on foot. "She's been eyeing me," he said warily as I tried to reassure him as to her pacific nature. I urged him to pet her and he couldn't resist her thick soft fur which he admired repeatedly during the prolonged conversation that followed. His confidence won Cheyenne laid back down and rested her chin possessively on my foot as we bearded men spoke. He had had a special dog he said and she disappeared in the wilds of Texas where he was living at the time. It was one of those awful endless stories with no happy ending that haunts those of us that love our dogs. He needed to to tell it and there I was, unable not to hear it. I gave Cheyenne an extra hug when we got home, and was glad she had no idea why. 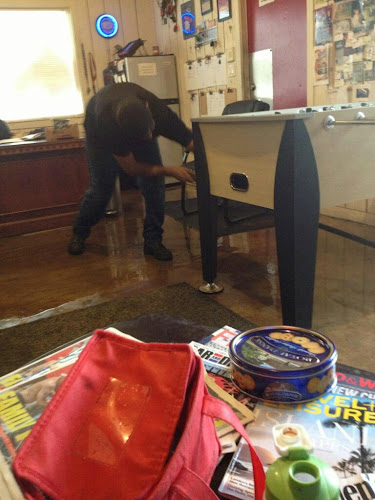 My wife had to go into town and took the car to Oily's on Stock Island for an oil change. Might as well have been a water change at the rate Mike was sweeping water out of his office. Did I mention we are drowning in rain down here? Stand by for frogs and locusts I guess.