I am not cut out to open a business, to be a shopkeeper, to rely on the interest of passers by to sustain my life. I always have been and like to be what is known as a wage slave. I like knowing my schedule, getting paid vacations and a pension plan. Naturally I don't rely on corporate America for such 20th century largesse, but I expect I will be working (for the government) at least until I'm seventy. 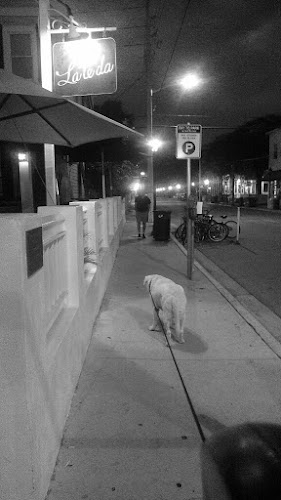 I suppose owning a bar or a restaurant in Key West can be a ticket to wealth, but the work doesn't interest me and the idea of slaving away at a job of no interest seems appalling. Wich makes me glad someone likes running gay bingo and tea parties and all that other stuff that makes La Te Da something of a Duval Street institution. I'm glad I've taken the time and money to travel and see the world and not try to be an entrepreneur. 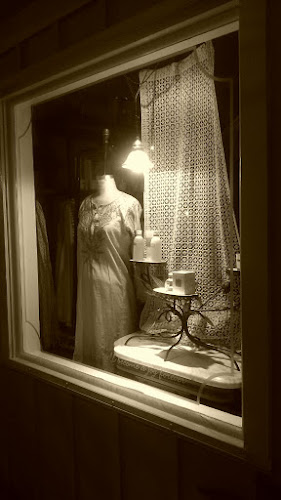 Wandering Key West in the hours before dawn can lead to all sorts of strange thoughts. How does one make a living selling stuff that defies categorization like Besame Mucho ("Kiss Me A Lot")? It's an interfering window display but someone needs to buy that stuff... 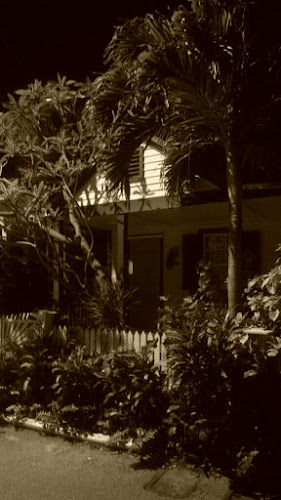 On the other hand the whole notion of making a living in Key West comes as a bit of a surprise to me, considering I landed the best job of my life here. I never figured myself as a police dispatcher but here I am closing in on my first decade, the longest I have held a job -ever. 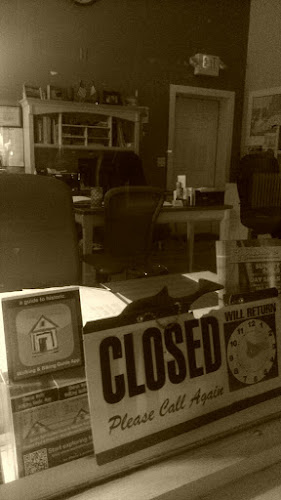 In the same way I am surprised by the businesses that hang in and make a go of it over the years. Rents are monstrous, tourist traffic seems unreliable and locals are temperamental. Not to mention the difficulty hiring reliable people to woe for sub optimal wages in a town where the cost of living is astronomical. 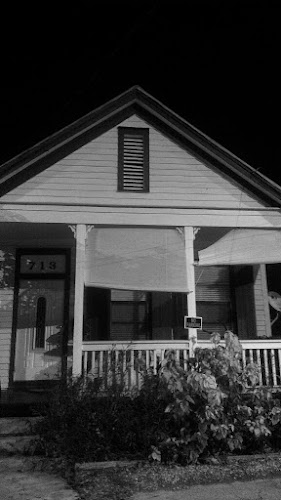 It is pretty though, even before the sun has come up. Petronia Street: 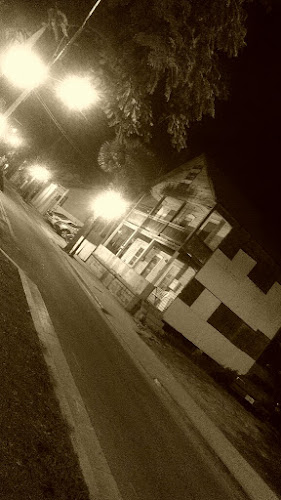 Cheyenne loves the cool of the morning, especially as February has felt more like June than normal. Days full of sunshine and temperatures above 80 degrees are hard on a furry Labrador so a walk in darkness in town is a doubke treat for my dog. Sometimes she looks more like Eeyore than Winnie The Pooh: 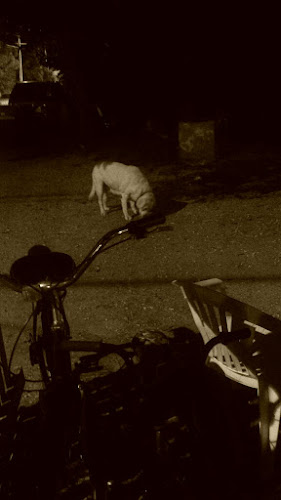 Cheyenne is a terrible shopper, stumping past the gift store attached to Blue Heaven, another of those successful Key West eateries. Successful enough I can't handle their prices, especially as one is expected to enjoy their excellent cooking with chickens wandering between tables. 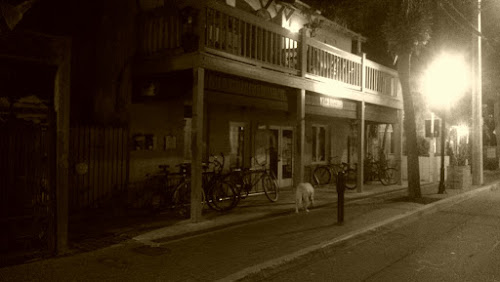 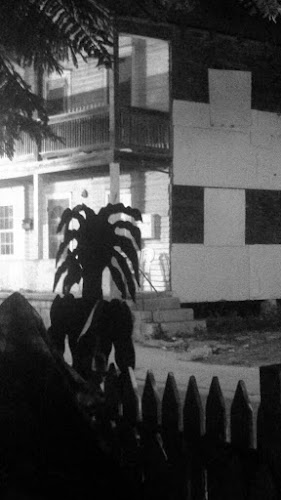 "Celebrate Diversity" and how pray, do we do that? Unfortunately the bumper sticker wisdom had nothing further to say on the subject. 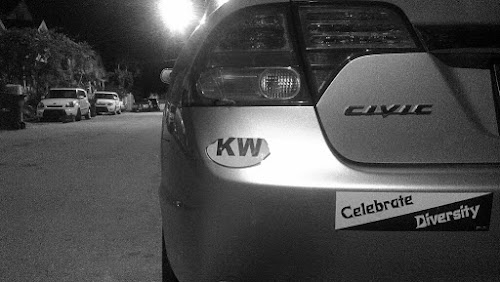 One intriguing aspect of walking Key West at night is seeing little glimpses of life lived after hours. In summer especially people like to keep their doors open at night to get whatever breeze may be blowing and you will see the glimmer of TV screens or figures hunched under lights studying a book. 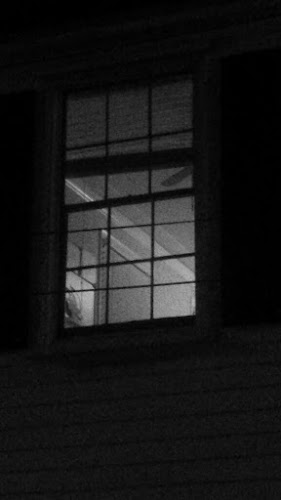 For me it's a trove of images and sounds, for Cheyenne it's smells and scraps. 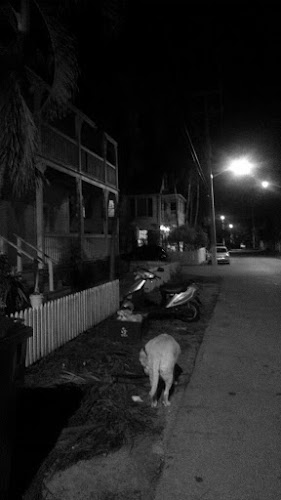 Then I tried fiddling with my phone camera and succeeded in accidentally making a ghostlike picture of an otherwise ordinary Conch cottage. 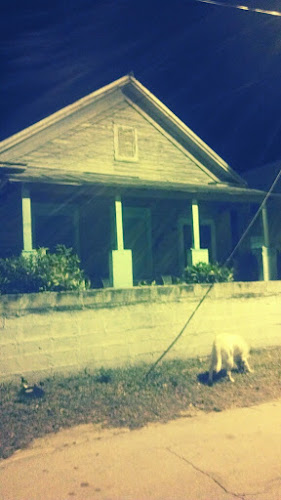 Key West at night is its own world which must be why I like working overnight.