I got a call at work from the owner of a business that has been closed and it seems someone had warned the caller that the Sharpie Van had been parked in front of his place for a couple of days. I put in a  call for an officer as one is obliged to do but this is a small town and five minutes conversation with Dan the Artist would disabuse most people of the notion that he is a burglar in an easily identifiable vehicle that stands out even in a city filled with bizarre conveyances. 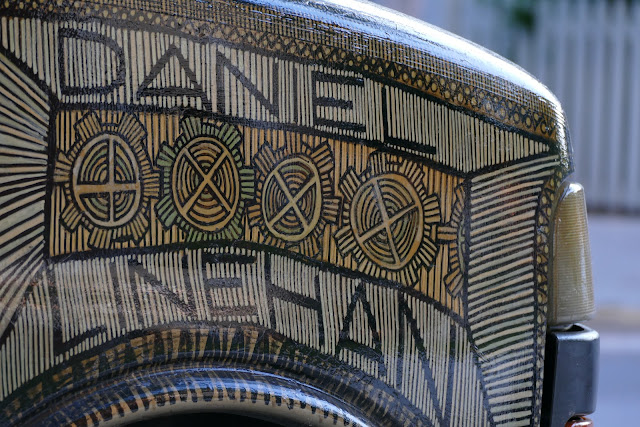 Previously posted on this page as Dan The Artist from June 2016. There is no denying he is different, an eccentric non conformist hold out who came to key West in September 2015 and seems never to have left. On the contrary he is now apparently moving into self expression in technicolor: 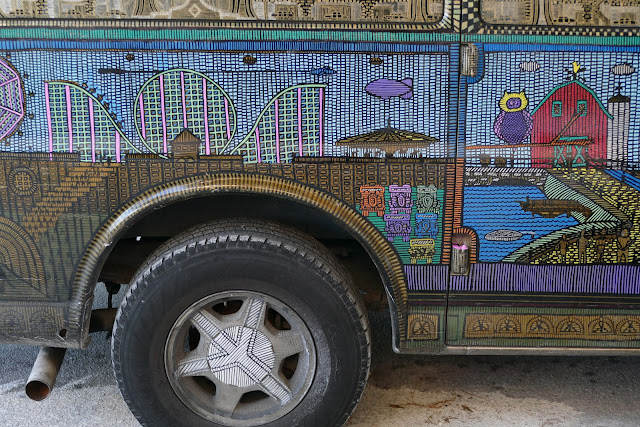 I cannot conceive of myself driving around in a vehicle marked for observation like this one, but by extension though my own van may be a plain gold shade does not make me any more a burglar than the distinctive Sharpie Van. Non conformity is a vanishing commodity in the Southernmost City. 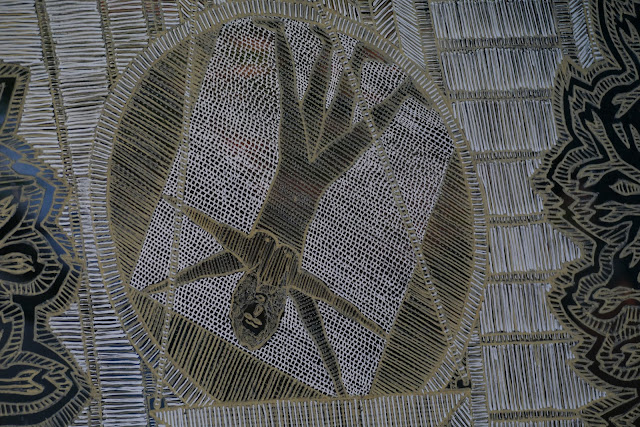 I was surprised to find a sticker by the man recently arrested for defacing property with his four letter graffito, CYNE. Social media was his downfall as he posted a bit too much and in the end got caught. Southernmost arrested was where he ended up. 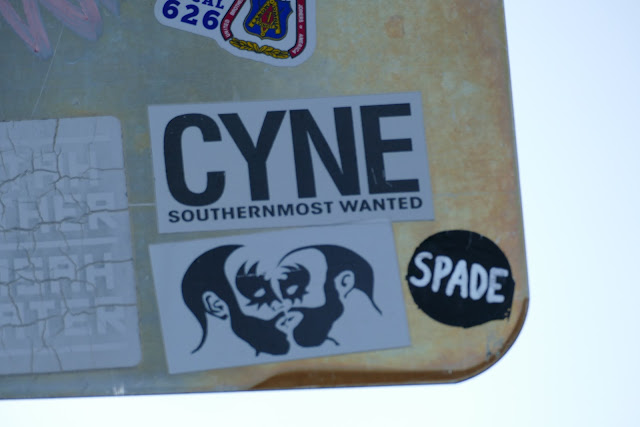 I take photographs and leave no trace of my passing and lately I have been forced to look closely to find things to catch my eye in the stasis of a citywide lock down. This little peach I found screwed to a fence near the Tropic Cinema. Two views: 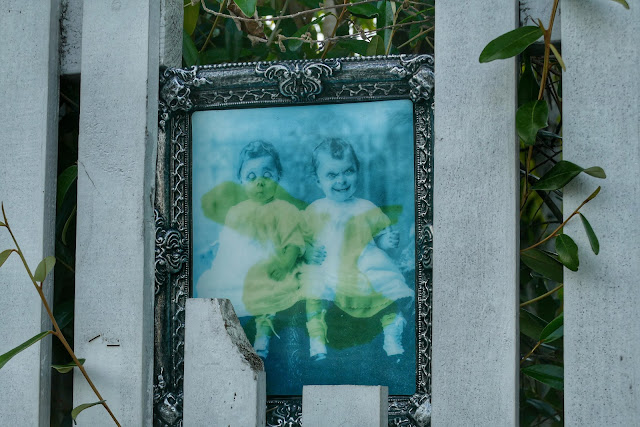 Step forward and the picture suddenly looks like this. Holy hologram! 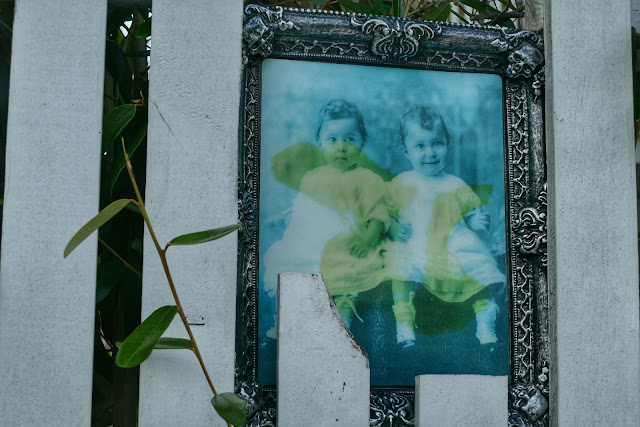 I was pretty much by myself so I had time to stop and ponder the weirdness some people surround themselves with. 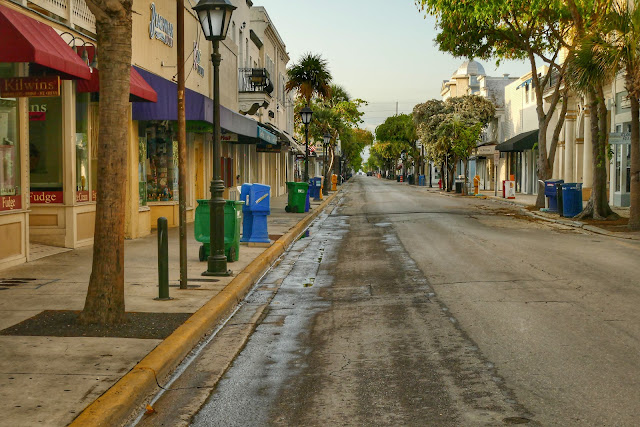 Gratuitous Rusty picture sitting in the grass near the courthouse. He isn't actually annoyed, it's just how he looks: 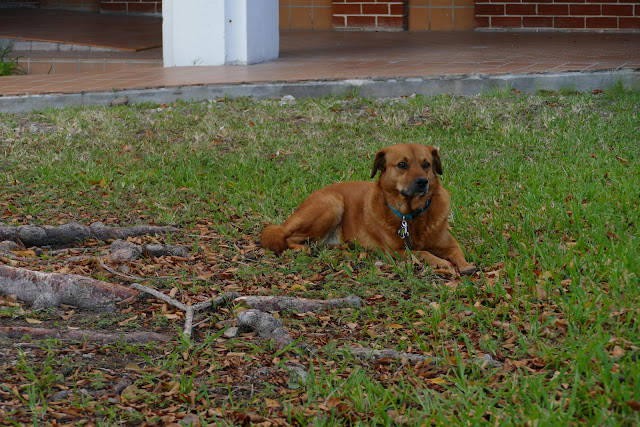