Spring Break is a week away from the Keys, and where one sister likes the ocean and tropical heat the other one lives in a cabin in the mountains an hour out of Asheville. Cheyenne prefers the mountains and she sat up with us the night we arrived, appropriating sister-in- law Geeta's yoga cushion to sit on: 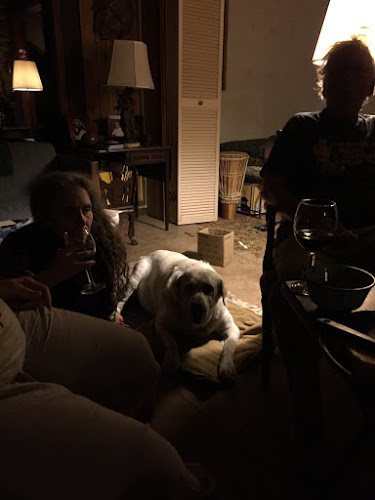 They say it has been an unusually harsh winter in the mountains, and take it from me Spring has been no picnic either, as we arrived in a 40 degree rainstorm. Wine and burning wood cured that. 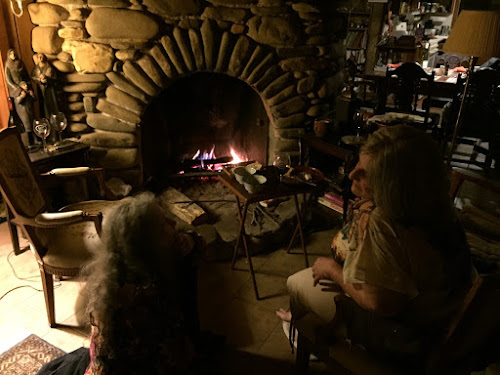 Brother-in-law Bob is cultivating the theory of self-sufficiency which apparently involves preparing onions for planting by spreading them on the living room floor. They come from somewhere out west, Texas or California I forget and "candy" is their type not what they taste like. Or so I'm told. 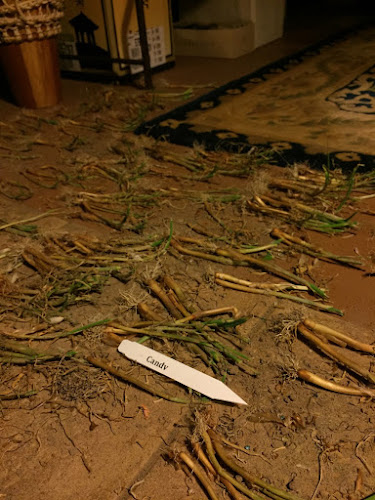 There is an eccentric quality to life in Celo that reminds me of the English situation comedy The Good Life which was a huge hit in the England of my youth about a suburban couple that tries to live off the land turning their backyard into a farm to the discomfort of their upper crust conventional neighbors. Celo community is a place apart in the life of Yancey County which surrounds it. Back to the land environmentalists were once seen as hippie weirdos and now while certainly different they are a known quantity and part of the community they infiltrated decades ago. Poverty, pick up trucks and hunting goes on as ever outside the community because this is Appalachia. Inside the community they govern by consensus and the community owns the land, and people live there with the support and agreement of their neighbors. Hunting is banned, paved roads are frowned upon and solar panels and green houses dot the landscape. 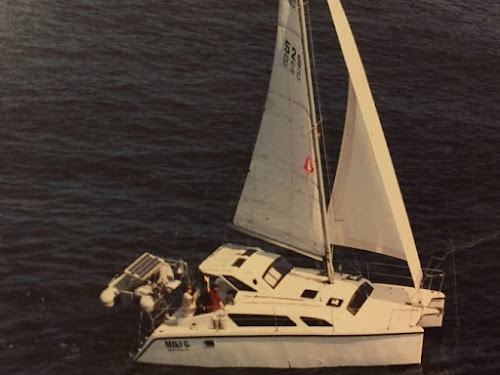 Bob and Geeta have an aerial shot of my wife and I leaving San Diego in our sailboat in October 1998. Geeta came along for the first part of the trip and we only discovered her inability to tell her left from her right as we closed the Mexican coast for the first time anxious to get the anchor down after a four hundred mile passage. We posted Geeta as forward lookout with a cliff to our left...er right?...and a semi-submerged reef to our right, or was it on our left? Oh and it was dark at the time too. We made it, not without straining the bonds that tie families together. 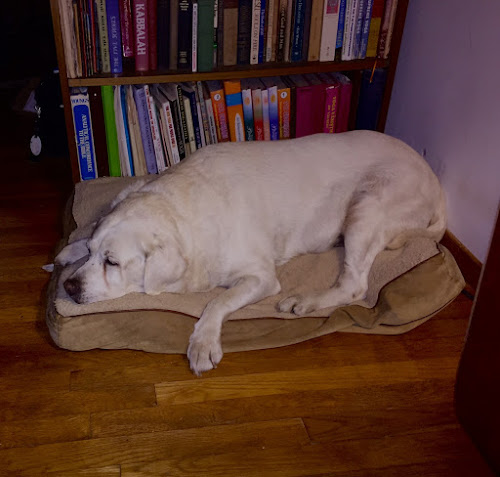 The morning view from the guest bedroom. Makes you want to pull up the covers and wait for summer. 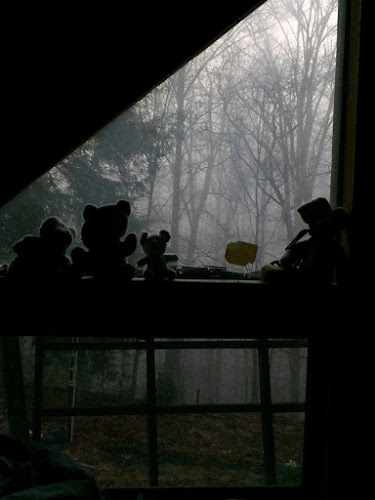 Celo is a great place to wander. And if you have a new iPhone camera to check out, so much the better. 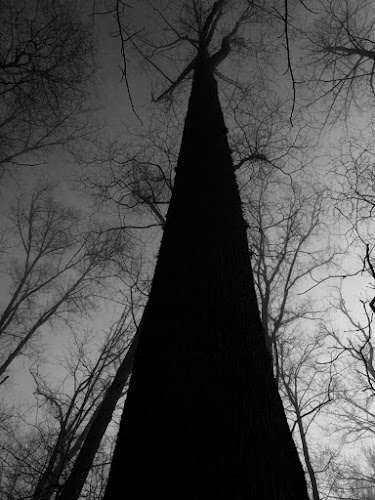 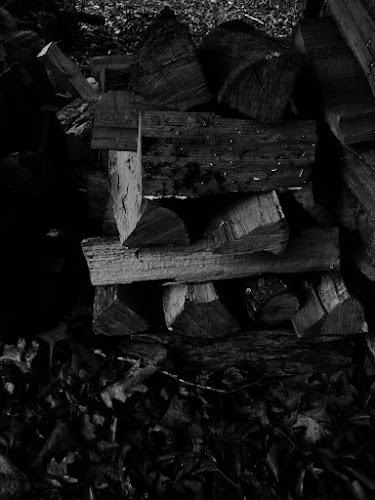 Rugged winter living. Bob chops the wood, stacks the wood and hauls the wood, generating heat all the way, as the saying goes. This year they finally installed a wall air conditioner that also reverse cycles heat. We prefer not to visit in winter, staying with their eldest son in Asheville is a much more modern option. 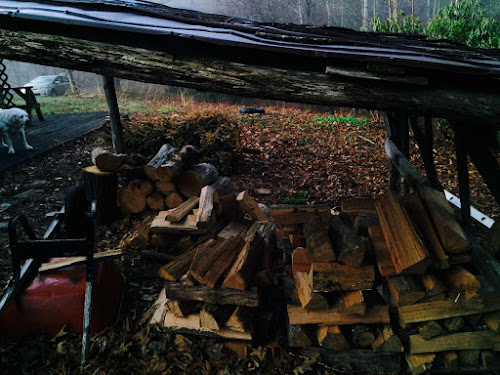 Mount Mitchell, the highest point in the eastern US is 6,000 feet up among the clouds over there. 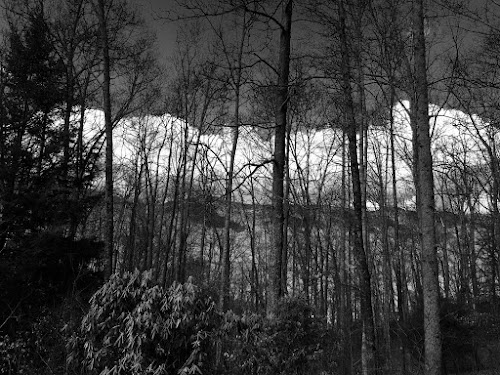 Bob asked for some help to remove the tarps covering his gravel garden, designed in the style of a Japanese sand garden. The sun came out and it was pleasant work, trimming the hedge and raking leaves. 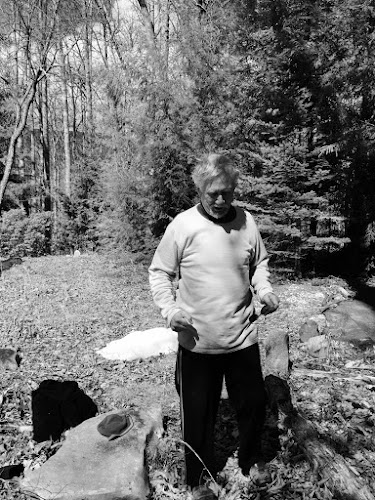 Geeta did laundry. Brueghel painted the scene. Or he would have, had he not been dead (on another continent) for a few centuries. 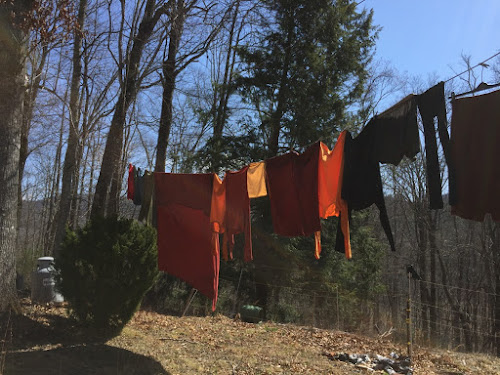 The house that Bob built while his new bride the doctor ran the local health clinic, the local desperately needed resource in a hollow isolated from the rest of 1975. 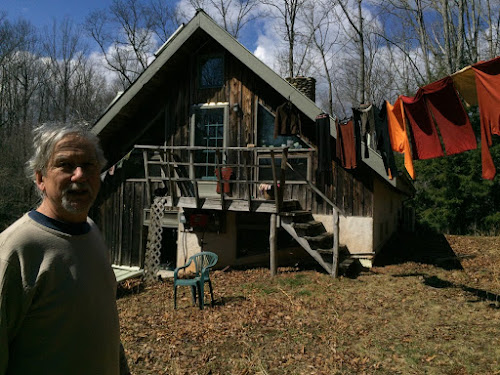 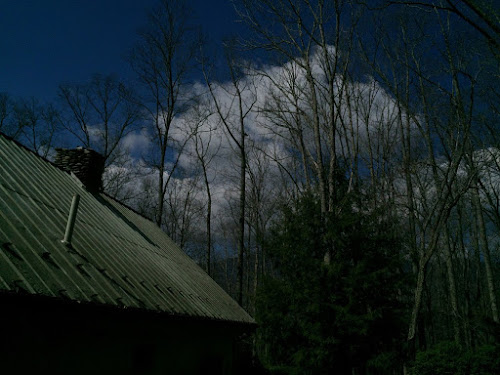 Bob worked in academia lecturing until both sons got through college debt-free, moving to Minnesota to get a position. Then they came back to Celo to live off the land, to travel, to retire. 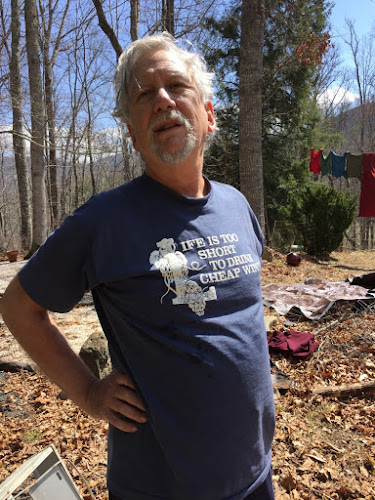 Cheyenne made herself invisible while I hunted for volunteers to help rake leaves. 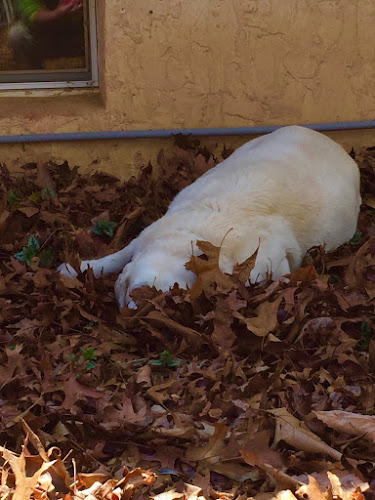 A hollow (pro: "hallah") in these mountains is a dead end valley, a cul-de-sac between ridges. It's where people lived and cultivated in isolation and extreme poverty. Great beauty of course, but you can't eat beauty as any peasant will tell you. 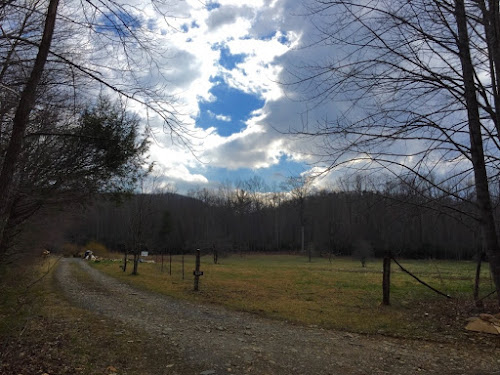 The temperature gauge on the table was supposed to reassure the visiting Florida pantywaists that death by hypothermia was extremely unlikely. I remained wary and kept heavy duty woolens nearby at all times. 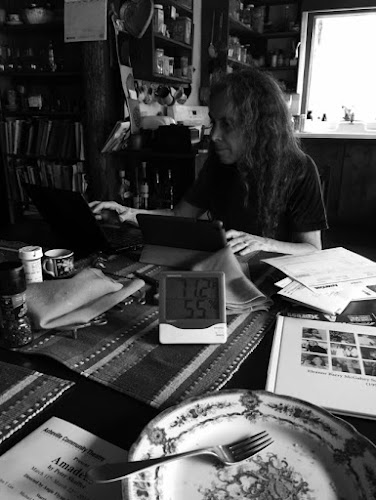 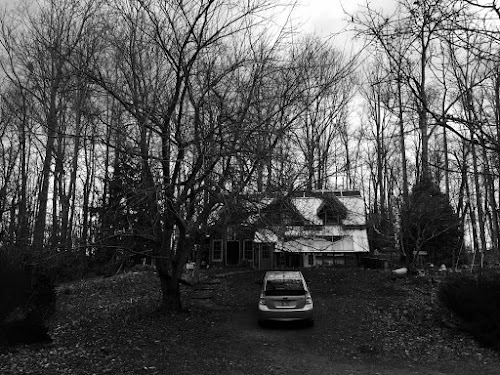 There are a few more days to go.