In addition to Key West being southernmost everything it is also home to the end of US Highway One, which runs almost 2500 miles to Fort Kent in Maine on the Canadian border. It holds an especial fascination for visitors to Key West: 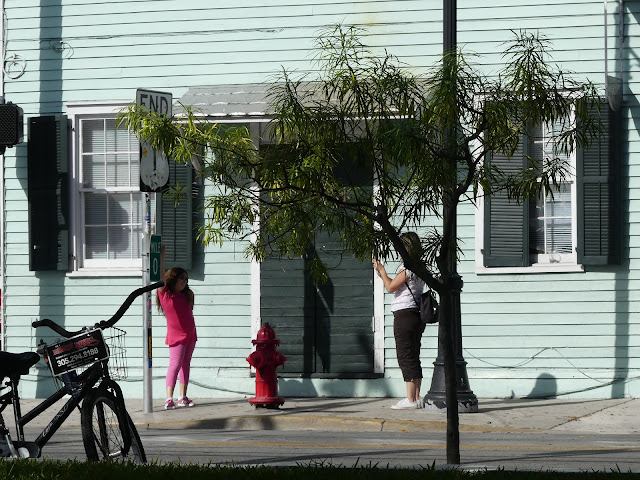 If you Google Mile Marker Zero you will find pictures, many of them rather out of date, of streams of strangers "excited" like this punter to have his anonymous picture taken next to the marker: 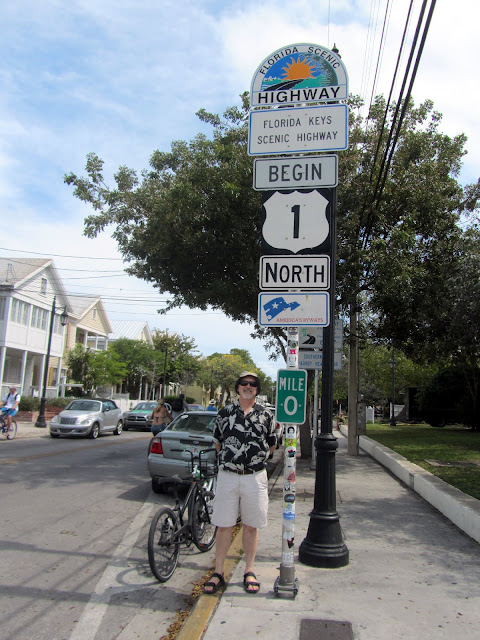 It is as though you achieve something by being there. Perhaps had Steve in the picture above cycled down on the pushbike from somewhere else but simply getting on a plane and here you are seems less of an achievement. Yet the tourists and tours fill this street corner up: 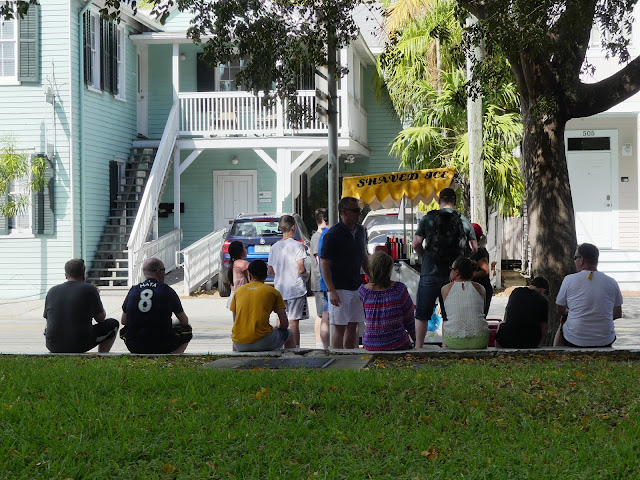 They have started selling refreshing ices in front of the former Jefferson Browne courthouse, the spot that marks the center of the county. Distances from Key West are marked from the corner of Fleming at Whitehead Streets. 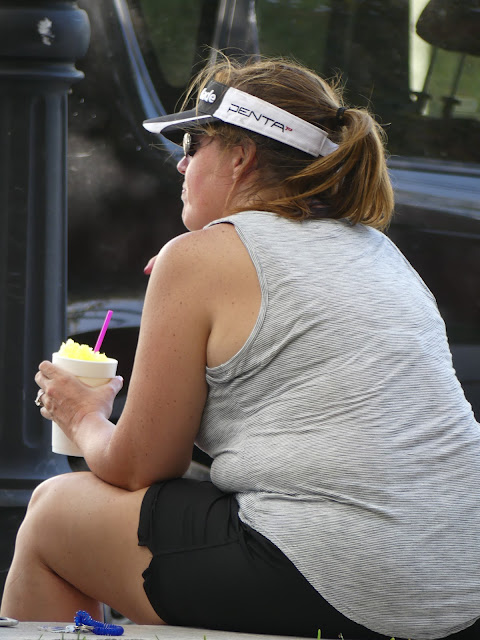 For many people it's just another street on the daily grind: 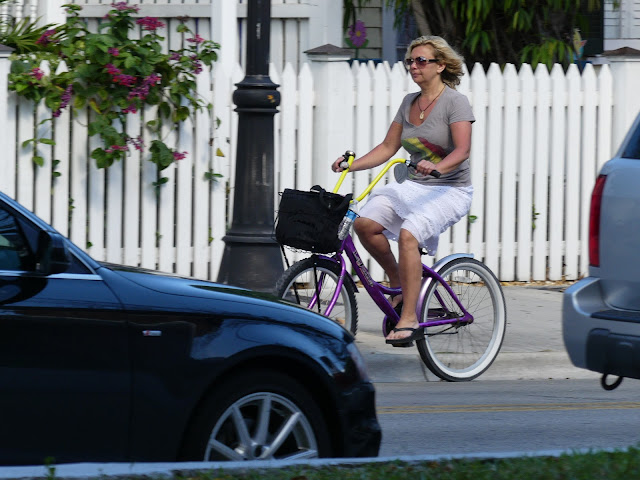 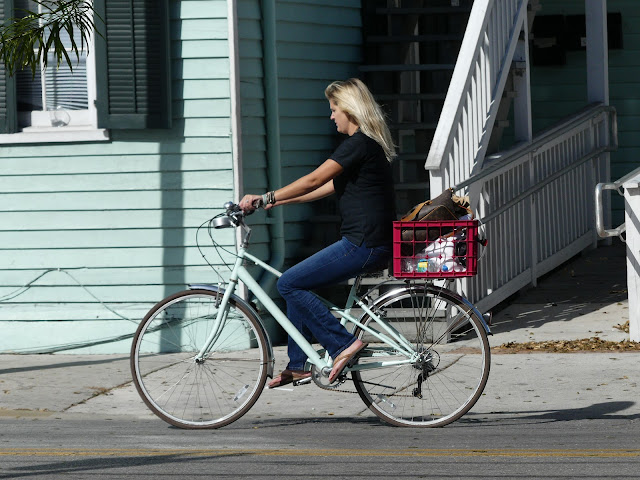 For others it's just a street to be traversed between attractions, possibly the Hemingway House at one end and Mallory Square or the Mel Fisher museum at the other. I like the Audubon HOuse at Whitehead and Greene. 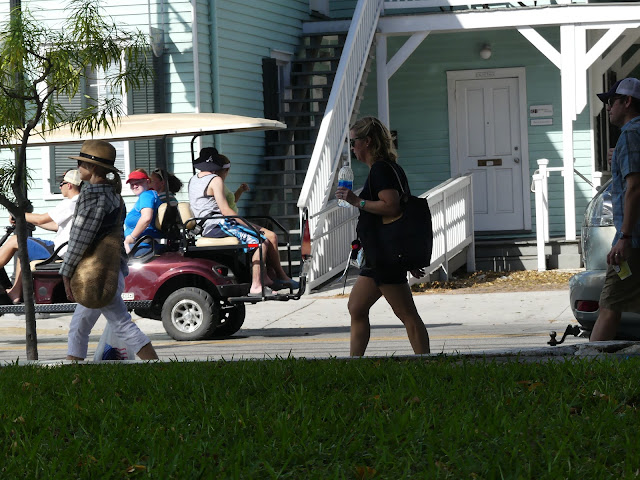 From a  distance sitting on the walkway of the former courthouse one can enjoy the permanent breeze and look at a street that appears unremarkable: 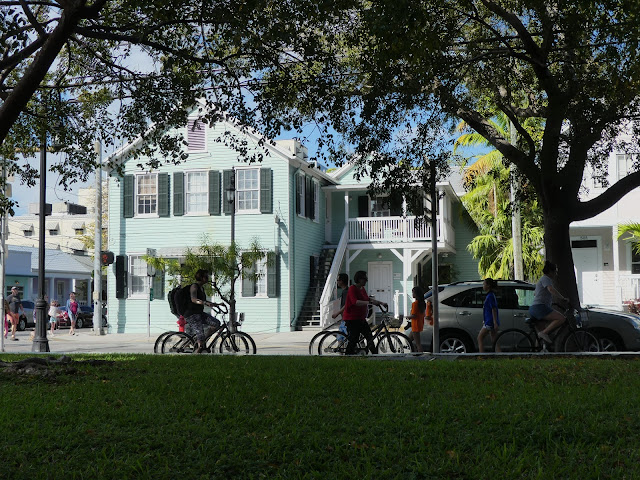 And the cars stop and the cameras come out: 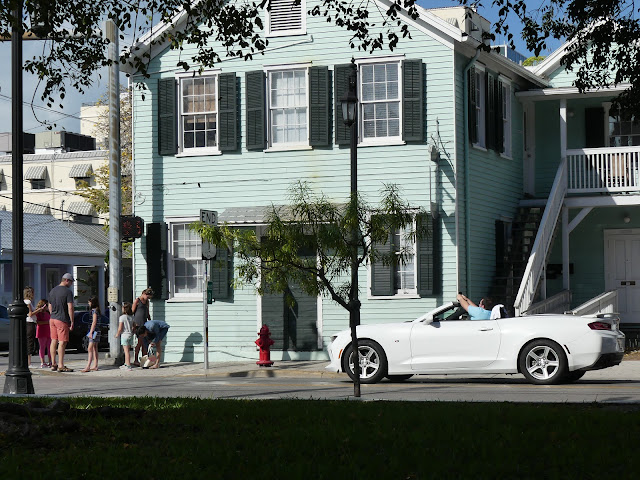 It looks odd but in point of fact there is nowhere to park next to the sign so he'd have to get out and walk to obtain the same effect: 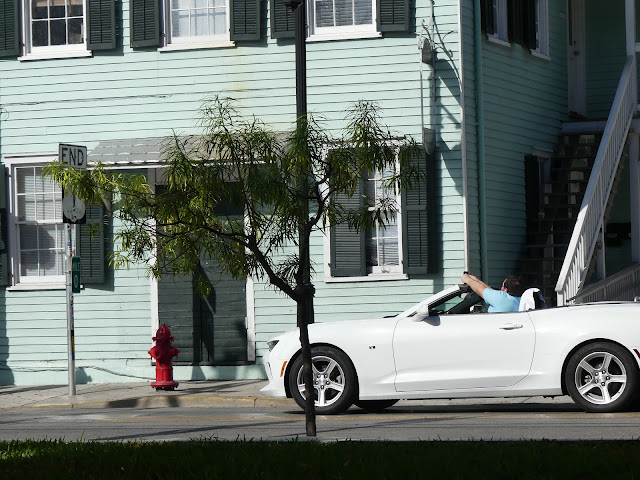 If you work around here your phone is far more interesting than a stupid sign: 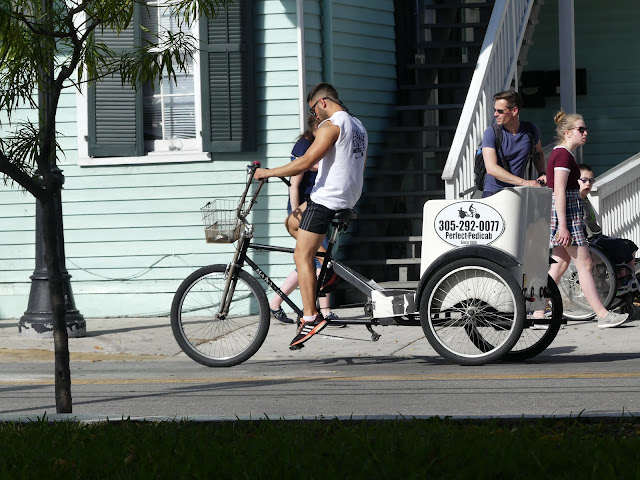 One of the scooter forums I read has not much good to say about Chinese scooters but I see them around key West looking better than  ever and performing as you might expect. China is catching up fast and our leadership wants to go back to digging coal out of the ground. It seems terribly old fashioned to me, just like our prejudices against other Chinese industrialization. 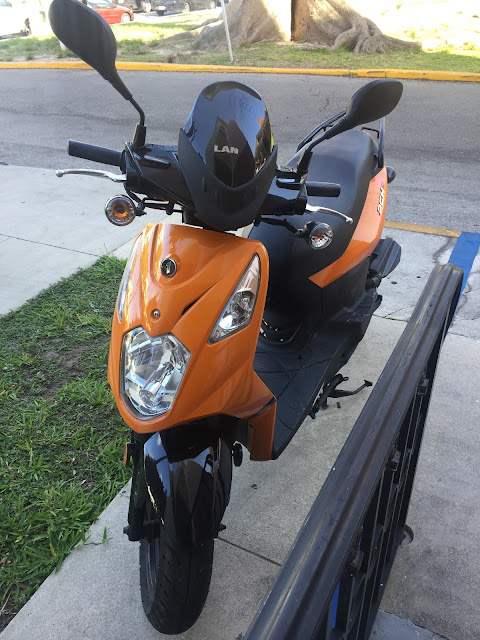 I'll bet she thinks its a good deal for her commute. It looked good too to my eye,thick paint and a solid appearance. 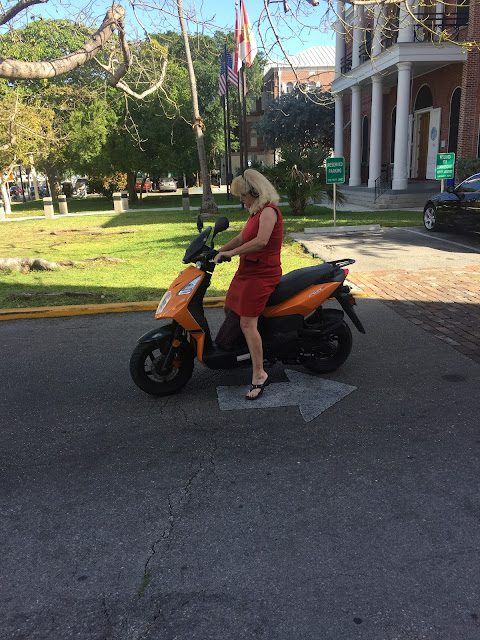 Ah yes the scooter life in a small town that has embraced them: 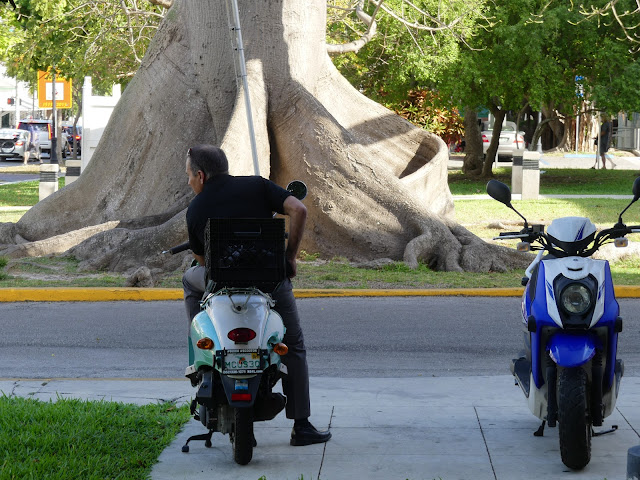 For most of the visitors to Mile Marker Zero such simple effective transportation does not relate at all to their life in their real worlds. Too bad.
Posted by Conchscooter at 12:00 AM No comments: