I started my blog years ago, June 2007 after a few negative experiences on forums where attack mode seemed to be the only way people could communciate, so I decided on a whim to create my own page. Furthermore I discovered that despite the ease with which I can post pictures there are very few pages on the internet dedicated to exploring places. I have a traveler's curiosity and when I sit down with a computer to myself I tend to look at non-mainstream news pages, motorcycle and scooter pages and photos of distant places. For instance I have long been curious about Cay Sal Bank, never having sailed there so I'll make it a web journey to see what I can find out. In the case of Cay sal it's mostly ornithologists and ham radio operators as you will find out if you go hunting. 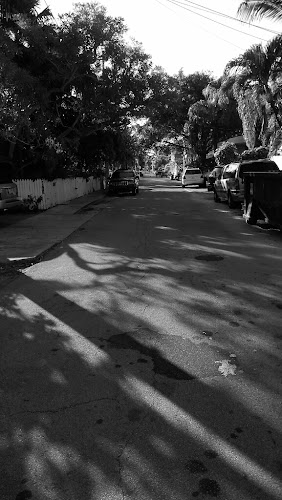 Because I do not have much facility with people and my pictures of them have them come out looking rather deranged usually, I refer to study places, shadows, light and textures. Unlike the bad old days when I was losing track of the film in my camera nowadays I can switch between monochrome and over saturated color with a tap of my finger on my electronic Swiss Army Knife, known to some boring people as an Android Phone. 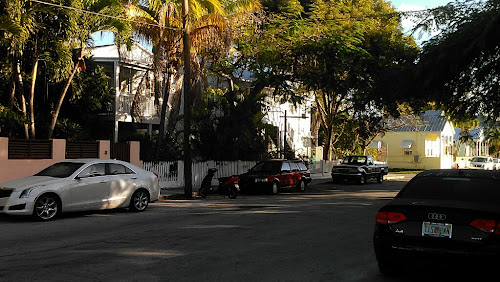 Luckily Key West lends itself to this sort of meditative approach with a camera, an impatient dog and a leash. Usually I take black and white pictures at night but last Sunday morning I was moved for some reason to try this: 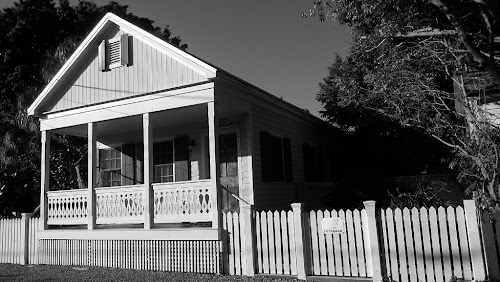 I liked it. I walked past the Mastic Trailer Park office on United Street and I took a picture of that too. I could have taken the color photo and by sleight of pixel I could have made it sepia, black and white or monochrome in another shade but instead, by way of contrast I,left it looking as it does in real life. 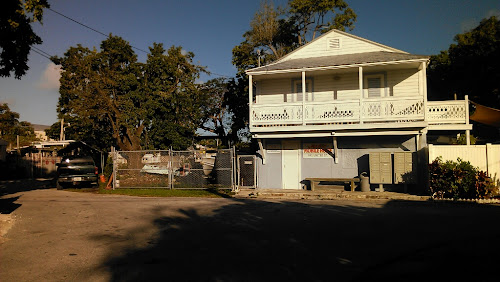 This winter has again been warm and brief, Indeed the latest cold front was no more than a sudden gust of cool air from the north with a little cloudiness, not even one sudden dramatic downburst or a slight drizzle. Thus my poor Labrador is getting far too warm far too soon I. What is supposed to be the cool season. 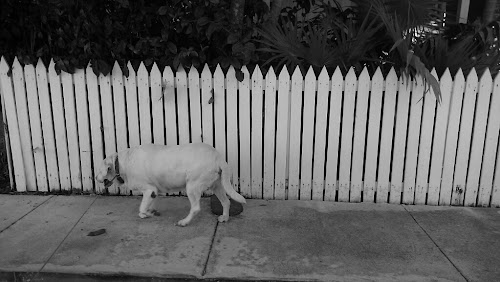 A Key West garage. I like that bicycles are useful transportation in this town. 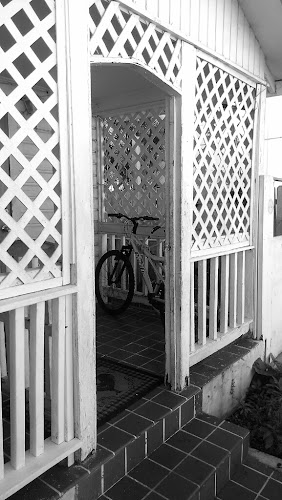 A yard waste can filled with trash looks as idiotic in black and white as it does in color. Recycling and Key West are not yet on speaking terms. I met one guy breaking down cardboard for the recycling bin and I remarked that he was the only other person I'd seen doing that. He suggested we form a club. 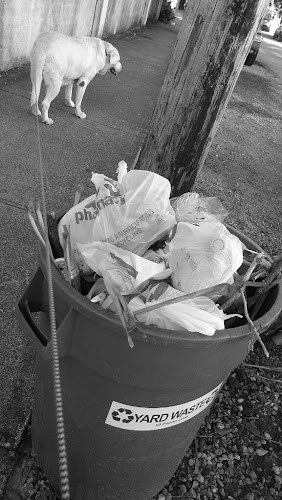 I loved the lack of common sense displayed by this lost cat flyer carefully taped over the street name. And left to rot and discolor and fade away. I hope the cat got found. 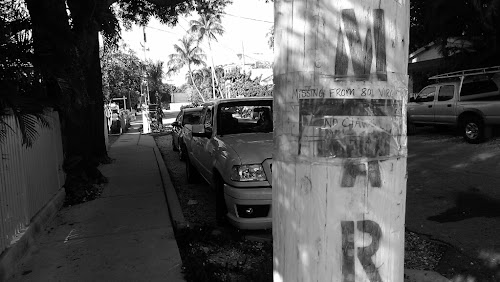 This next picture looked better to me in black and white: 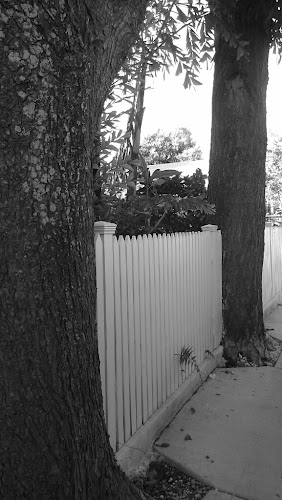 This splash of color would have been wasted in black and white: 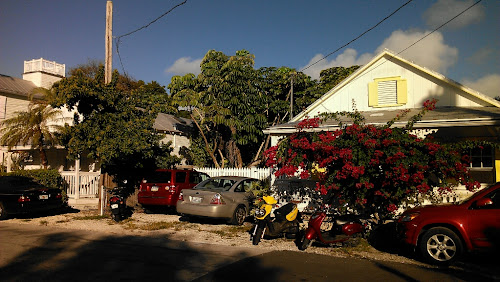 And so it goes. These are not limestone rocks in a wall covered in snow. 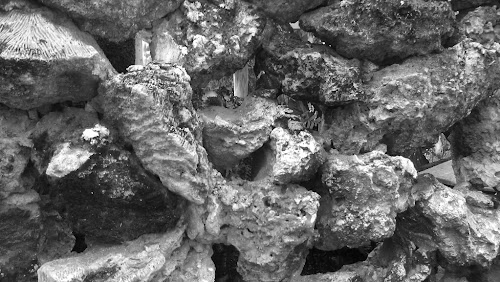 Building a wall out of coral today would get you locked away so deep in the dungeons you would never be heard from again. Or for a while at least. 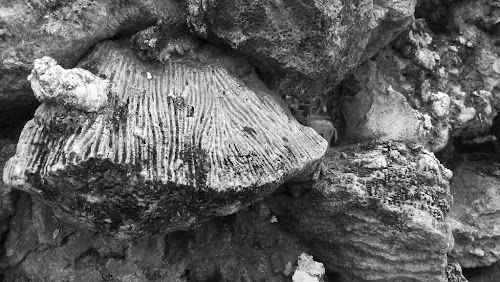 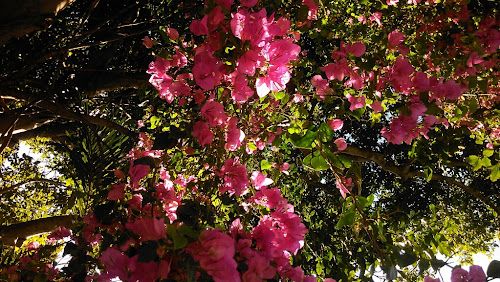 Winter colors are here, just as they will be in summer in black or white or in primary colors.