Irish Kevin's sells food and thus has re-opened where other bars derive less money from food than drinks and therefore may not open until Friday. The idea is to allow less crowded activities as the city and county allow visitors to return after two months closed to outsiders. 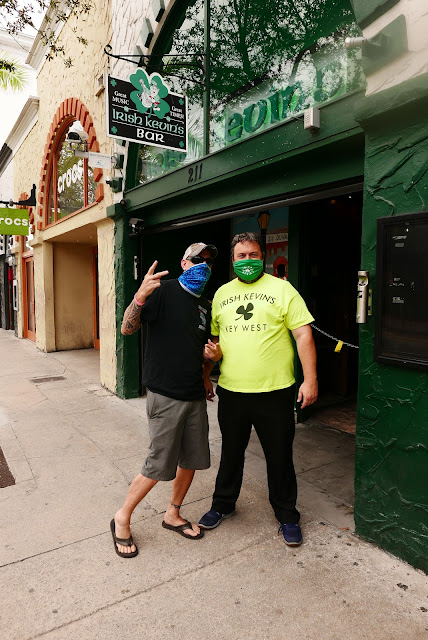 On a first visit downtown I could see a complete change in atmosphere obviously with actual live people walking riding and driving but the sidewalks aren't yet crowded. 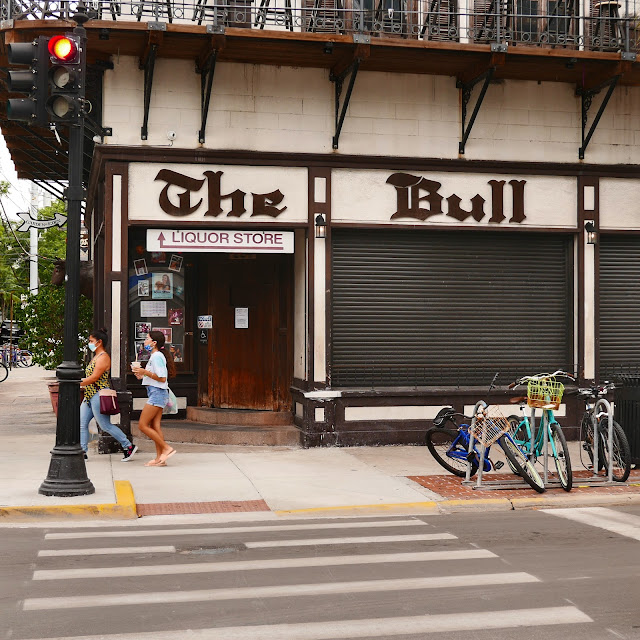 Masks, social distancing and trying to follow the rules is evident. My drive in to work has shown tons of traffic on the highway, a bit of a shock really after two months of no traffic at all. Fogarty's separated dining scene: 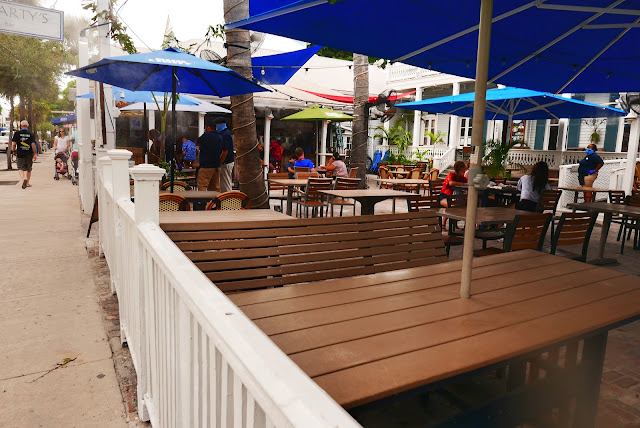 Some names didn't survive the shut down though whether they were thriving and simply ground to a  halt or whether they were on their way who knows...and who cares because the sense of normal life slipping away is only reinforced by the sight of empty store fronts. 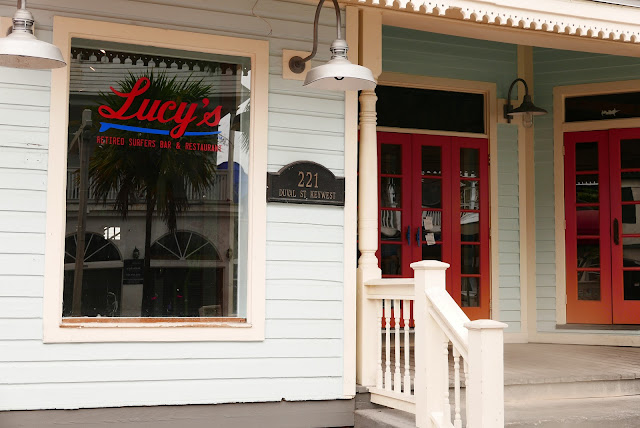 Answering phones at the police department has been unusual to put it mildly. Mostly we have been getting administrative calls from people out of town wanting me, a police dispatcher, to tell them about the re-opening. Suggesting they call the chamber of commerce or gasp- try google! - is not a satisfactory answer so we have been telling people about the fifty percent occupancy rule, the masks and the distancing and on and on. 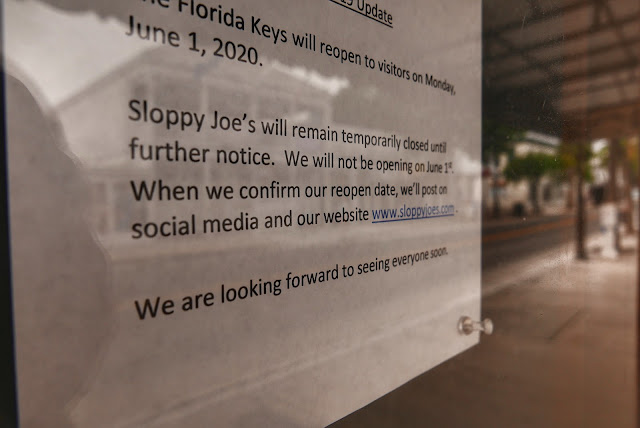 Most people are cool but you would be amazed by the occasional caller who goes off on the subject of being required to wear a mask inside. I'm not sure why they feel a need to berate us as far as we are from the centers of decision making but more than that I'm not sure why one would plan a vacation to a place that has, before you get here, made you annoyed. People are not always at their best in a  time of difficulty it turns out. Suffering does not ennoble. 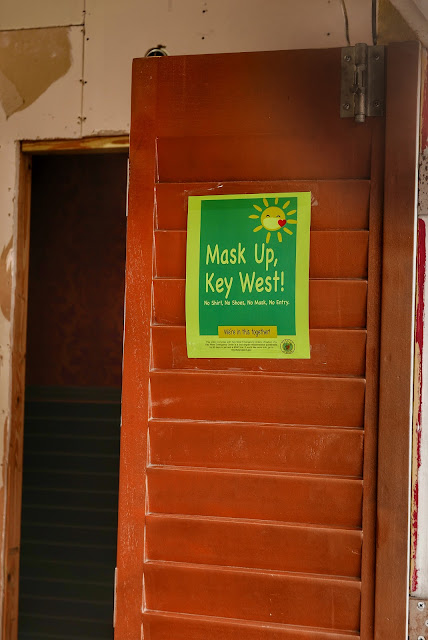 Need a job? Apparently some people are hiring. I feel as though we are in a holding pattern at the moment caught between the shut down that was clearly delineated and the re-opening has all kinds of nuance and uncertainty. One has to wonder how much coronavirus has come into town but that won't be clear for weeks. We can hope summer will drive the virus underground but the future as Doris Day put it so  memorably is not ours to see. One day at a time. 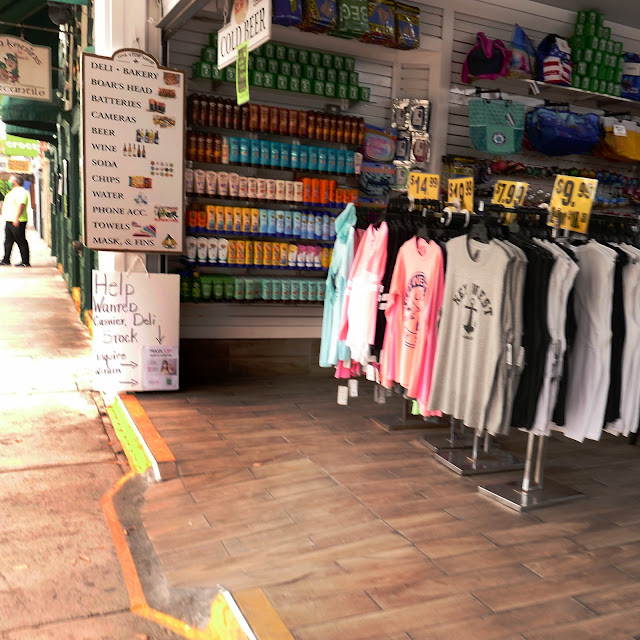 Then Tuesday evening there was a peaceful march to protest the George Floyd killing. The police, Sheriff's department and Fish and Wildlife all marched with the protesters and yet the afternoon was filled with rumors and alarums about riots and and mayhem planned for the evening. Then people call the police to demand to know whats going on. No amount of reassurance that the chief and the sheriff are walking in the parade would calm the callers down. Facebook rumors ruled the city. 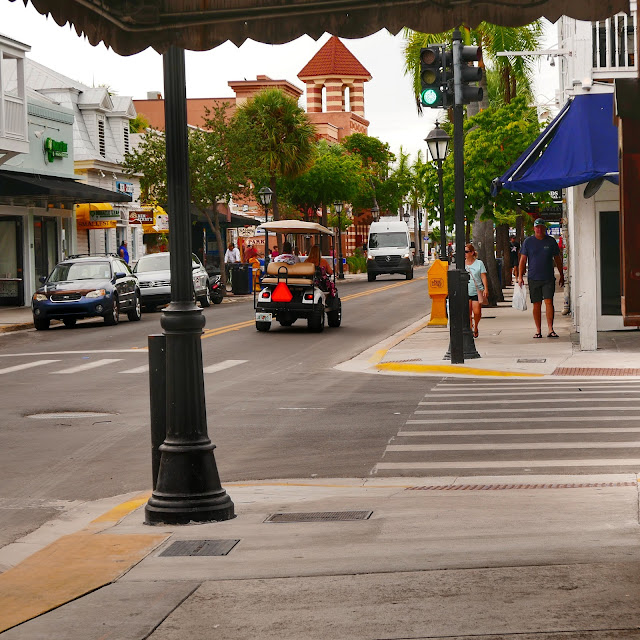 The march was entirely peaceful of course and went off without a hitch I am told. But the frisson of fear animated Key West for a few hours. And made my ear bleed with all the fear filled demands for information of which of course we had none. 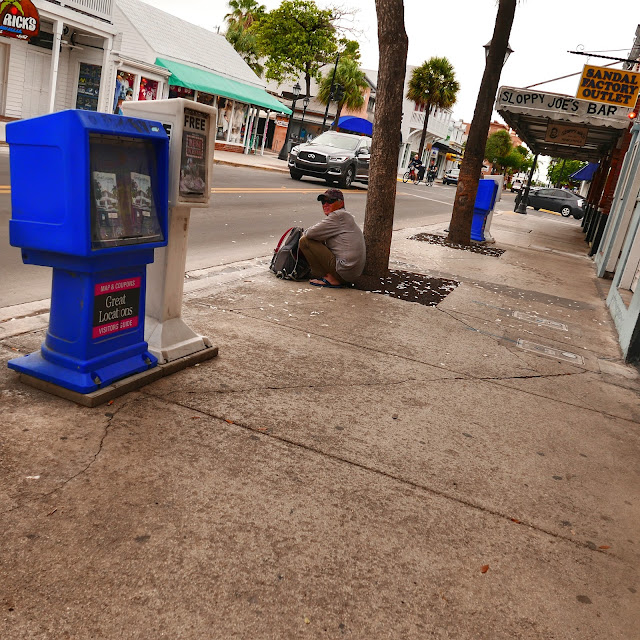 I look at my own pictures of key West coming back to normal and part of me rejoices and part of me sucks in my breath afraid for our own future. 105,000 dead and cases increasing in number, nationwide riots and an active hurricane season on the horizon. These are times that are sent to try us. 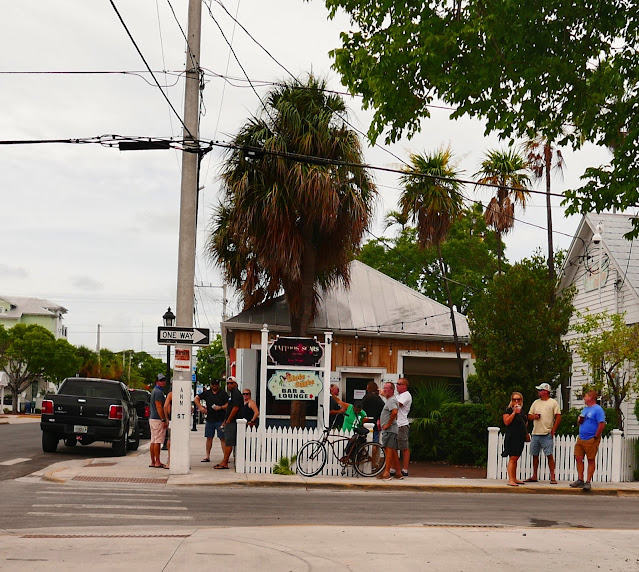 On top of all that parking rules are back and the parking control is out there ticketing and towing. Masks and parking meters! What a  town! 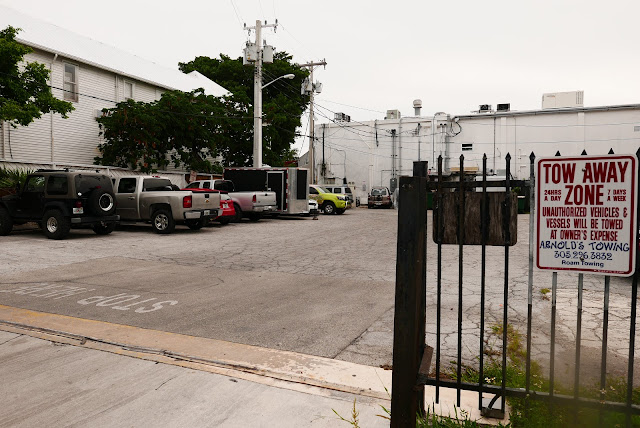 Duval Street has been repaved which is excellent but Simonton Street isn't  quite covered back up and some gravel was showing at the Caroline Street intersection. 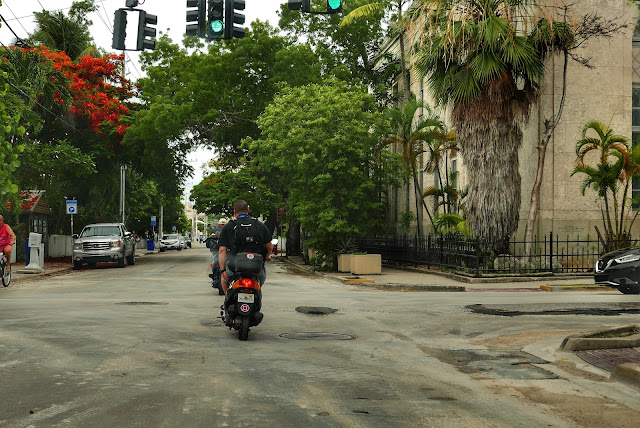 The triangle at the entrance to the city may become a traffic slow down as the bridge into the city is operating on only three lanes at least into November so we shall see how that works out too as traffic builds. My wife and I will continue to order food to go to support our restaurants and now that we have people from distant places in the islands our own social distancing will have to be vigilant toi protect her own impaired immune system. 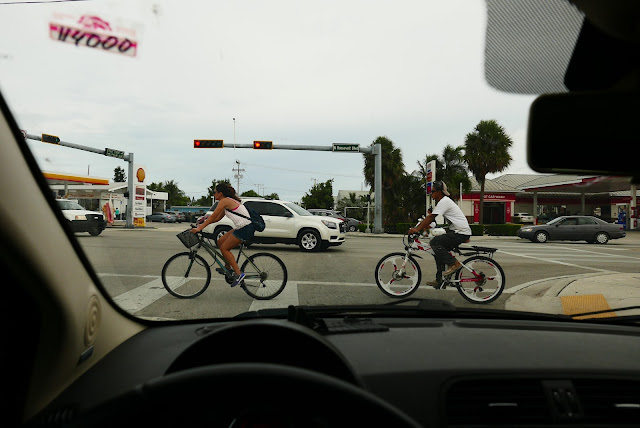 I never felt able to encourage the highway to stay closed as my wife and I both have government jobs and too many people were hurting for money to be able to say keep the road closed with an easy mind. Now that things are going back to normal we have to hope that visitors will respect the rules and help keep the keys peaceful and as infection free as possible. I wonder how that will work out.
Posted by Conchscooter at 12:00 AM No comments: