Contrary to popular opinion it is entirely legal in Florida to ride a bicycle on the sidewalk, and Key West is an excellent place to ride while enjoying the physical beauty of the town. However if you are going to ride on the sidewalk bear in mind two things (aside from the very good idea of wearing a jaunty sun hat his time of year): pedestrians have right of way and cyclists must have an audible means of approach, where vocal chords will do in a pinch. 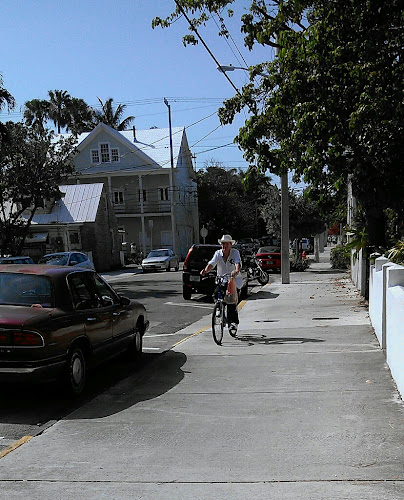 Large trucks like this tank from North Dakota are popular but out of place on these narrow streets. Sidewalk parking is inevitable when unsuitablly oversized vehicles roll into town. And don't think locals all roll around in Smart Cars. The canard that one needs a tank is common in Key West. The idea that we are serious about energy independence in the US is about as real as the idea that once upon a time people felt lucky to have a Model T to ride around in, and therefore people could do the same today... 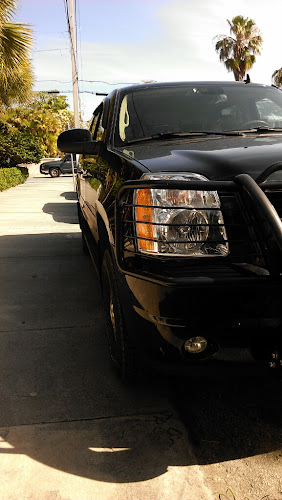 That I like small cars has nothing much to do with economy. My wife is mad to buy a Fiat 500 convertible and her fiscally prudent side is in constant strife with her self indulgent (the losing) side, when she sees one of these easily parked little cars. The trouble is her Sebring convertible works fine and she can't stand buying new/used cars. I think she deserves a Fiat not least because they are a barrel of laughs to drive (we test drove one at Carmax but the back seat is too small for Cheyenne - model T syndrome at work!) and used ones are coming on the market. There are lots in Key West and you can see why: 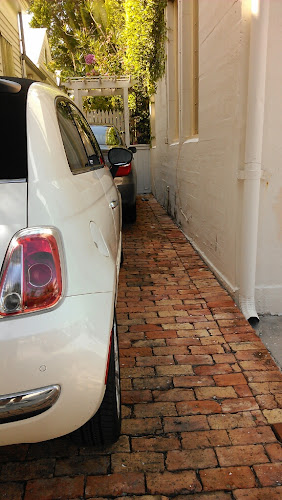 I have often asked myself why wing mirrors are so hard to reattach. This problem, seen below, is common in Key West where parked cars are frequently viewed as support arches for intoxicated passers-by and bumpers for out of control cyclists. My wing mirror on my last Fusion went the same way. I was surprised gorilla glue fixed it in place and the electric adjustment continued to work. This one is shit out of luck I think, judging by the frantic gluing attempts in evidence. Keeping your car looking nice if you park on Key West streets is futile. You have been warned! 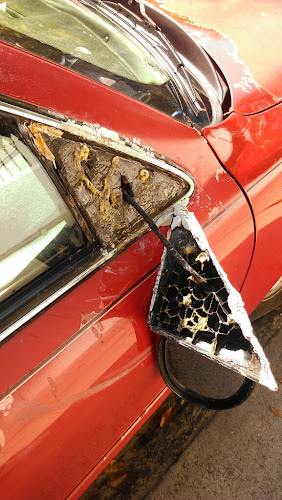 There is lots of powered two wheeler parking in Key West though not every motorcycle or scooter rider seems able or willing to figure it out. I have known riders use their bikes to "save" spaces for their cars. 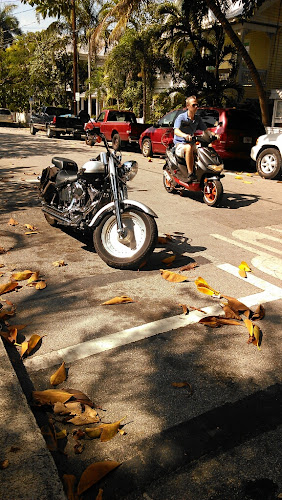 This one shown below (and barely visible in the first picture in this essay,) seems obtuse beyond reason. Perhaps there was a gaggle of scooters filling the spaces when this machine arrived... 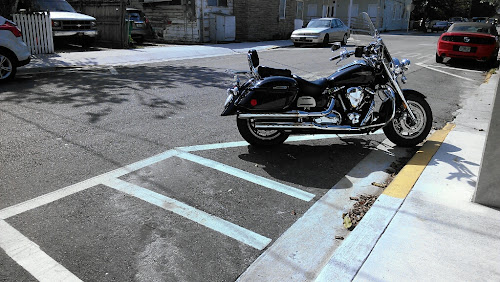 Motorcycle parking as it should be done. Rear wheel to the curb so the rider can see the street clearly on leaving. The motorcycle won't roll back and the stand has it leaning at a safe angle...Done like a pro. 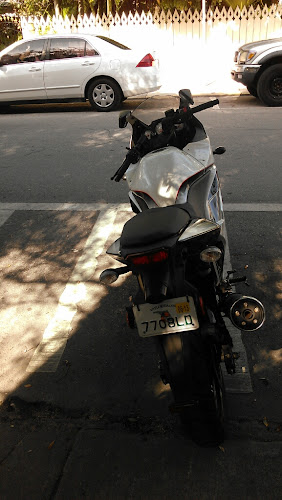 And that yellow scooter across Elizabeth Street looks about right. That I stole my wife's Vespa has nothing to do with it. 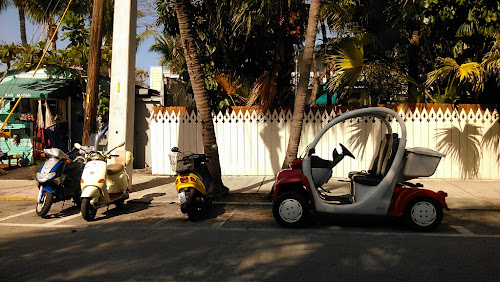 They say it's not easy being green but this bicycle is well endowed in that department. I am not used to green tires, perhaps I need to get out more. 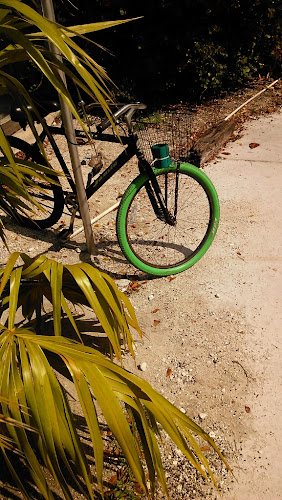 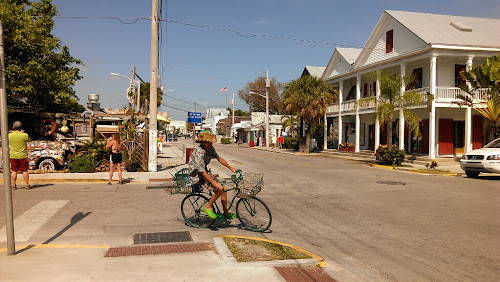 I read lots of discussion on my favorite motorcycle forum scooter atgatt -- - ADVrider about whether scooter riders should wear All The Gear All The Time, like motorcyclists. In Key West that is hardly ever the case. I wear helmet gloves and armored jacket with long pants and shoes on the Overseas Highway but around town I tend to dress down. Flip flops and swimsuits are a little too scant for my tastes. 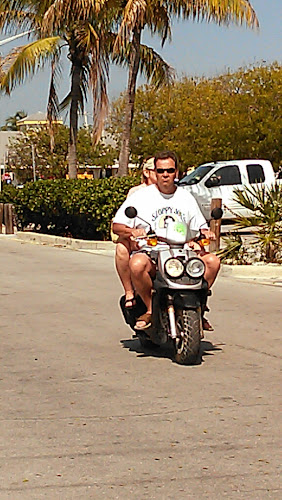 If all else fails ride the bus...take a tour, a cab, let the pros do the driving. 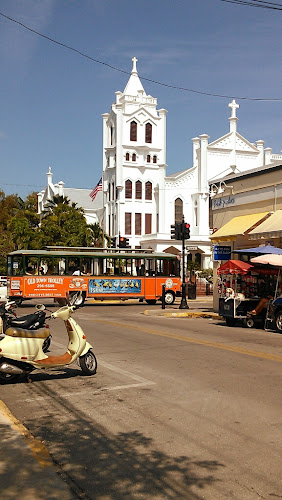 I always prefer two wheels, even over riding the bus. Model T syndrome I expect. How did people live before internal combustion changed everything?