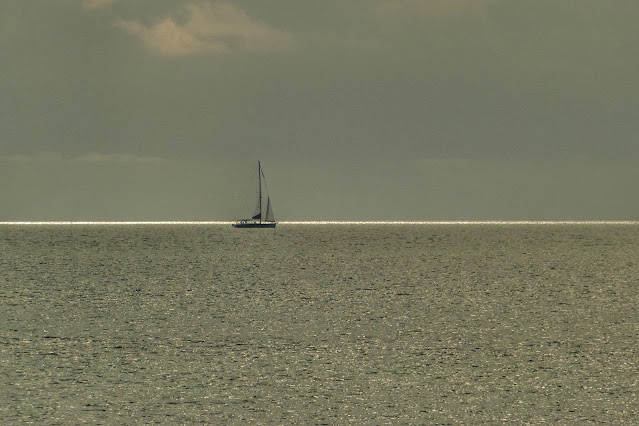 I find my fascination with Old Bahia Honda on West Summerland Key always manages to pay off, for me and for Rusty. Last Tuesday I was off work and we took a ride over rather late in the morning as I had managed somehow to sleep in. Rusty often wakes me around 5 in the morning on my days off and work days I get up at 4:30. To drift into the totally empty parking lot at seven thirty was a luxury, but I was sorry to have missed the sunrise as the sky was filled with moisture. 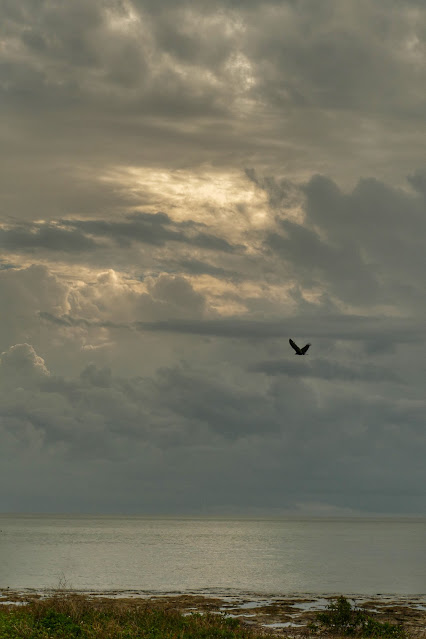 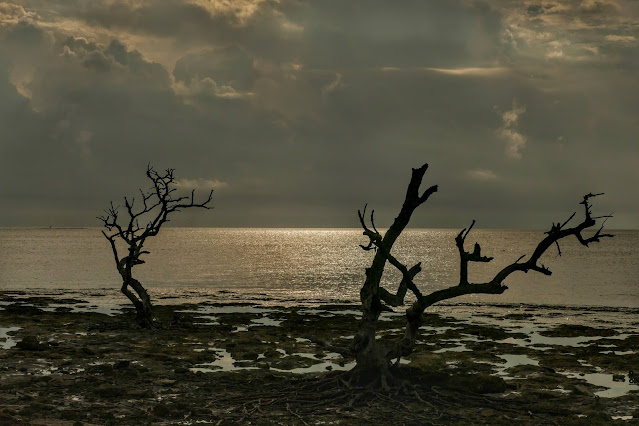 I'm not sure how but I captured a mood that I really enjoyed, a broodiness sin the sky, the promise of rain that never materialized, a dawn that was hidden behind heavy cloud cover. The light was odd and rendered everything as though I were painting not photographing. The modern mirrorless camera helps because the photograph is reproduced electronically in the viewfinder and the picture becomes exactly what you see so all I had to do was play around with the light settings to capture the golden glow of the morning. 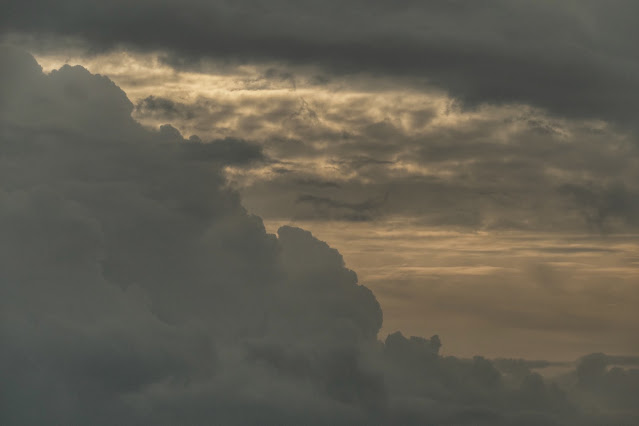 I took a lot of pictures, of the sea. the low tide that produced rock formations, birds boats and of course Rusty. These pictures captured my mood when I put the camera down after an hour's walk and sat next to Rusty and looked out to sea. 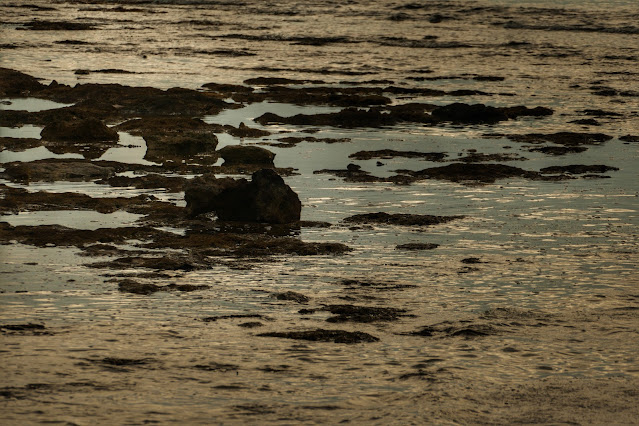 Tuesday was in the middle of the tumult that came after the attempted coup in Washington and everything civilized seemed to be teetering in the balance, so to be here and to observe the things that don't change seemed like a very good idea indeed. 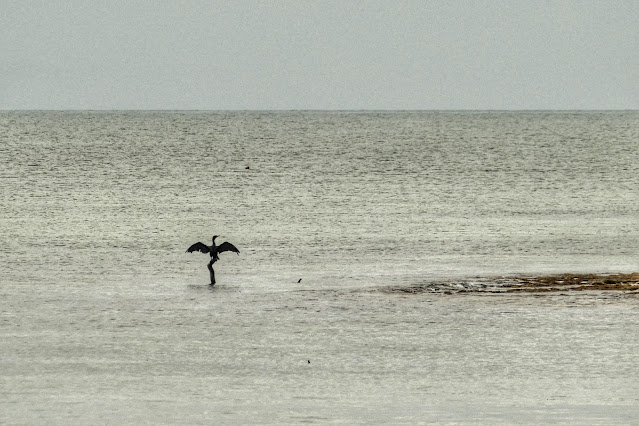 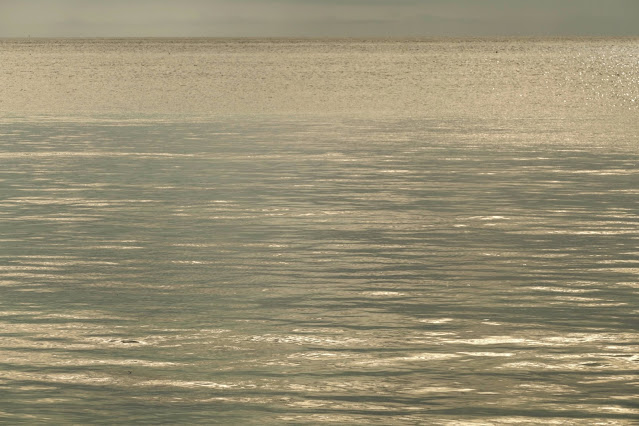 I watched the 34 foot Morgan sailing by on a modest north wind, which as it blew past me off the land gave the sailboats flat waters and an easy ride. Dragging his dinghy in the water means he probably stopped at Bahia Honda State Park and went ashore and plans a similar stop ahead. In a van you don't need to accommodate a dinghy on board or to two it behind.  I like that. 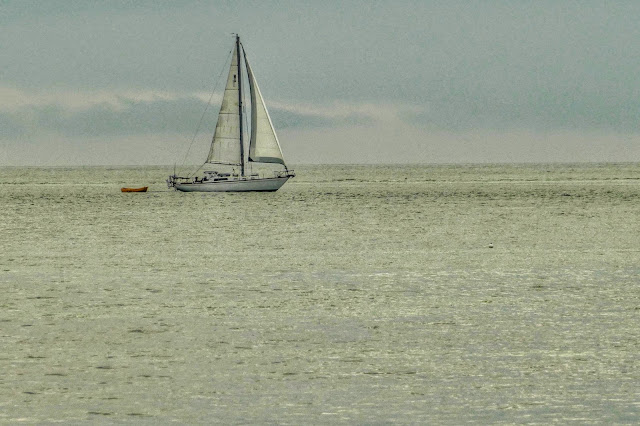 I cranked up the contrast a bit to find all the elements in the clouds and bring out a little drama in the sky. I have to say I prefer the smoother calmer pictures of the clouds, more suited to the day. 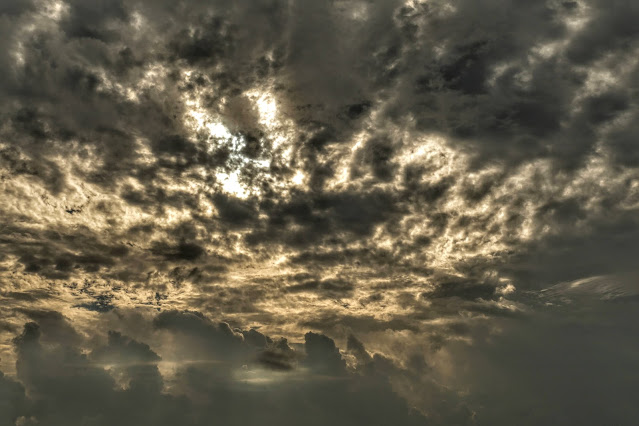 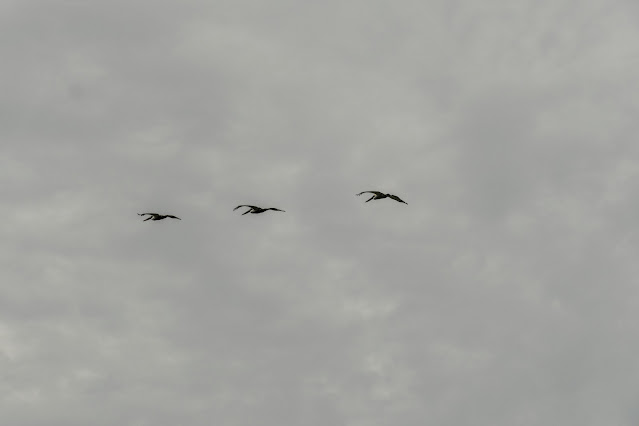 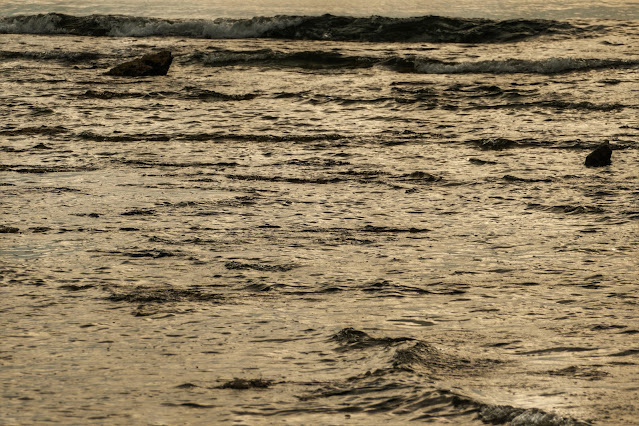 Rusty is I think getting a  little middle aged. I think he may be older than suspected as he has some gray hairs on his muzzle and his walks have become a little less frenzied. My wife too has noticed he tends to stroll rather more than dash about. Nowadays he sniffs and smells and walks in small circles. Not that he is old as he is as energetic as ever when he wants to be and also just as limber but he takes longer to recover after a long run . His middle age has created a more thoughtful companion eager to spend more time just hanging out, a dog being and not so much doing which is fine by me. 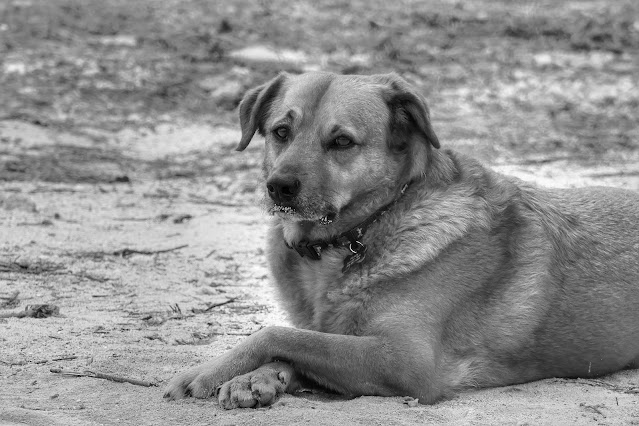 Posted by Conchscooter at 4:10 PM 2 comments: