I took my first drive to the mainland last week to buy a 2012 Ford Fusion to replace my 2010 which flooded and died in hurricane Irma. It was an instructive drive which I took as passenger as I was in need of rest on my day off. I napped and took photographs pretty much at random as we went, It was nice seeing a tanker truck on its way to keep fuel lines short at gas stations: 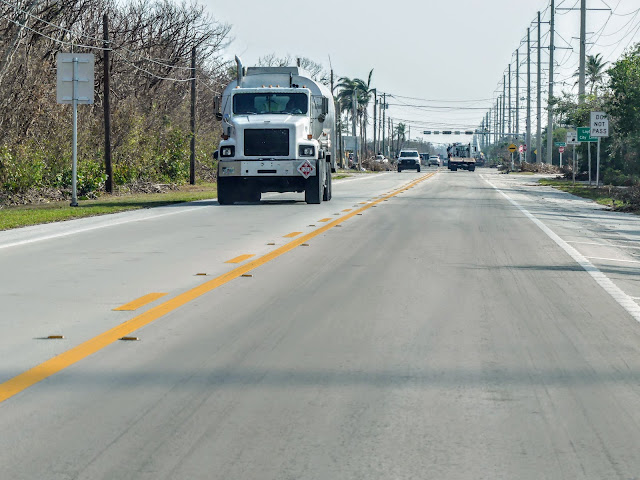 Obviously the Overseas Highway is full of work trucks of one sort or another the whole way. I was surprised at the extent of damage 80 or more miles from the eye which landed somewhere close to my home at MIle Marker 23. 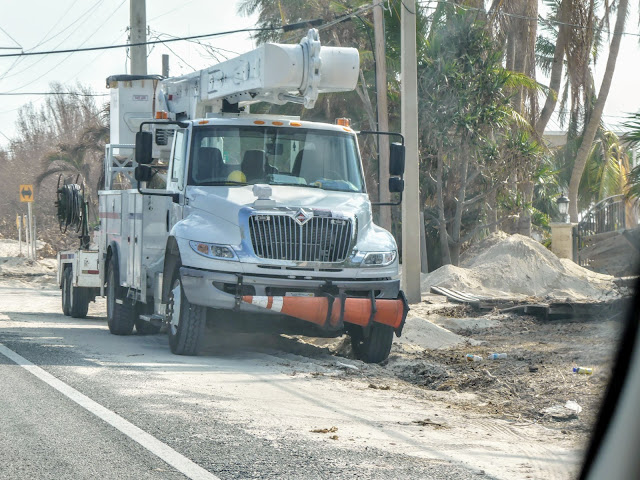 I got stuck behind a wrecker for a good few miles, with it traveling unloaded and apparently at random. Here at Lower Matecumbe where the road is always covered in sand and impassable after a hurricane. 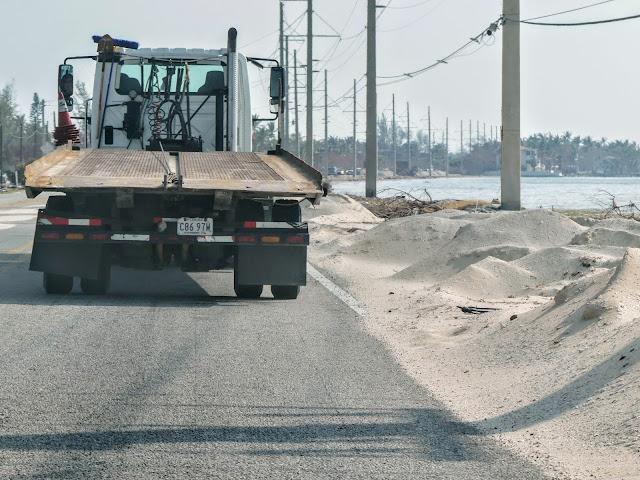 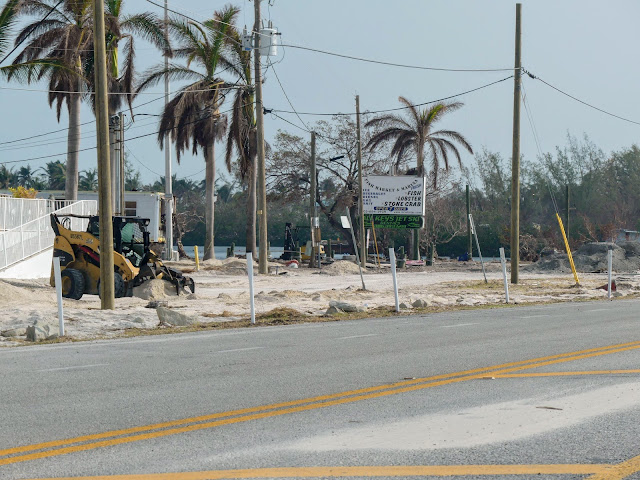 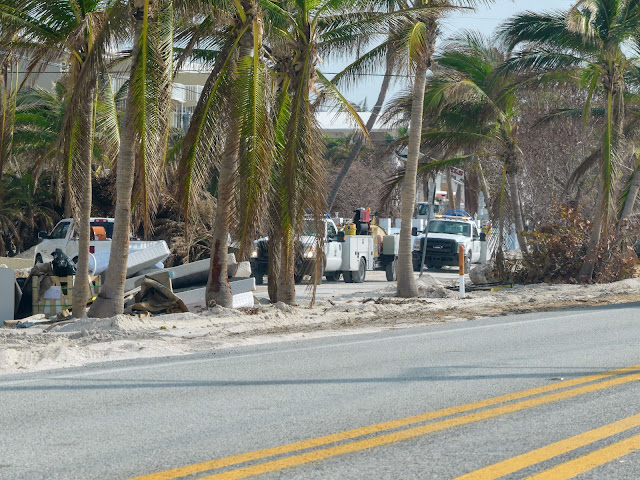 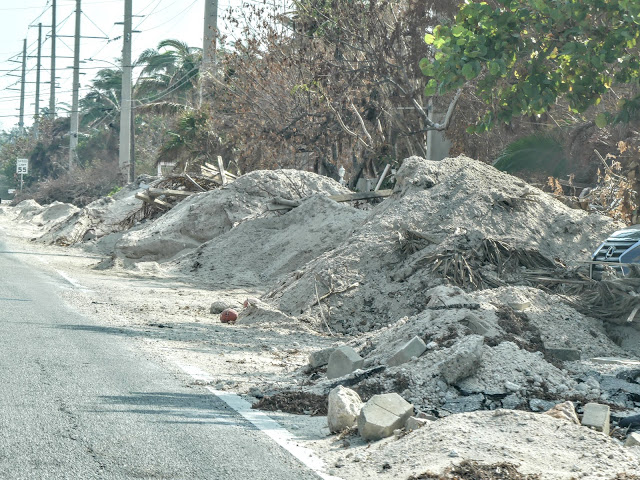 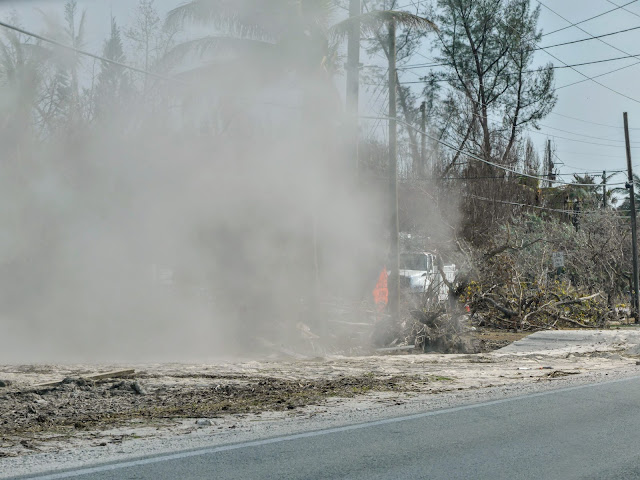 The amount of debris was impressive and grew even more when I drove back in my new-to-me Fusion at which point I was driving and not taking pictures: 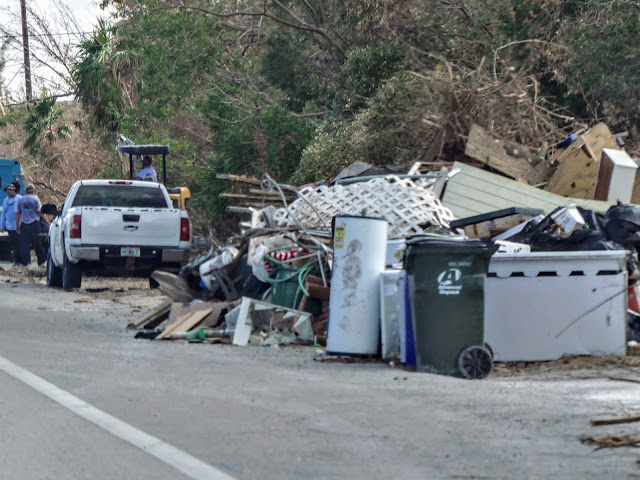 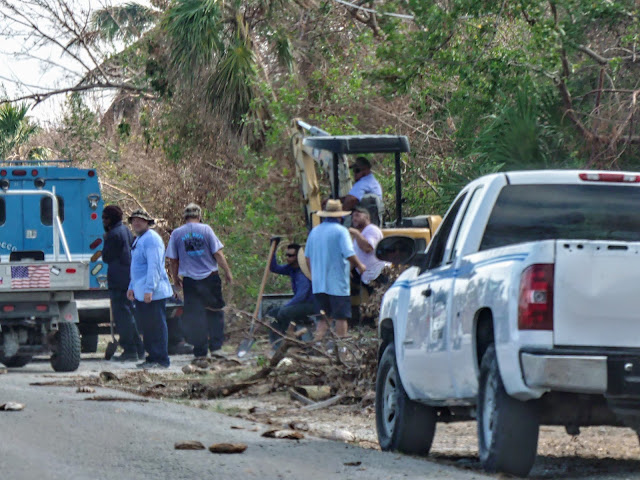 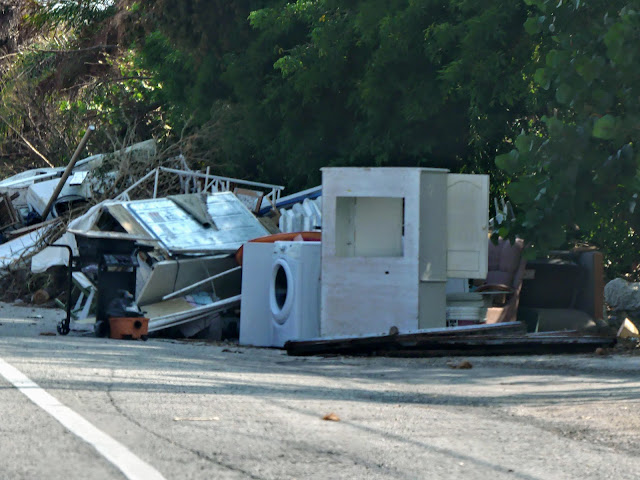 Indian Key, the only other township in the Keys in the early 18th century when only a few people lived scattered on farmsteads on the other islands in the chain: 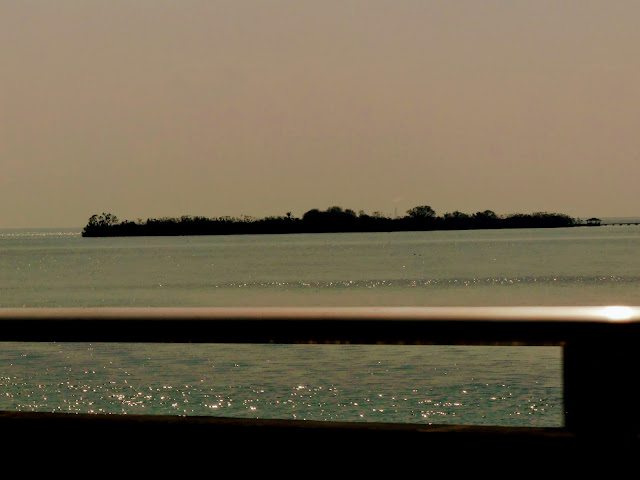 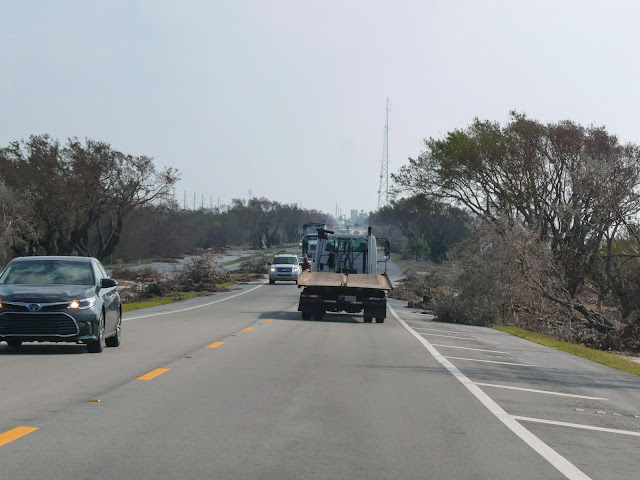 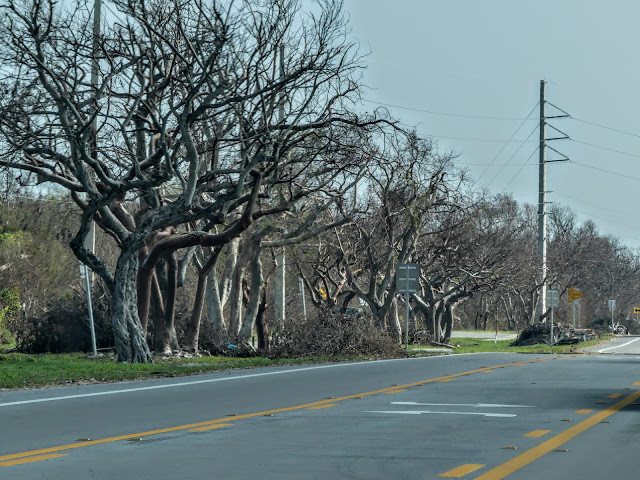 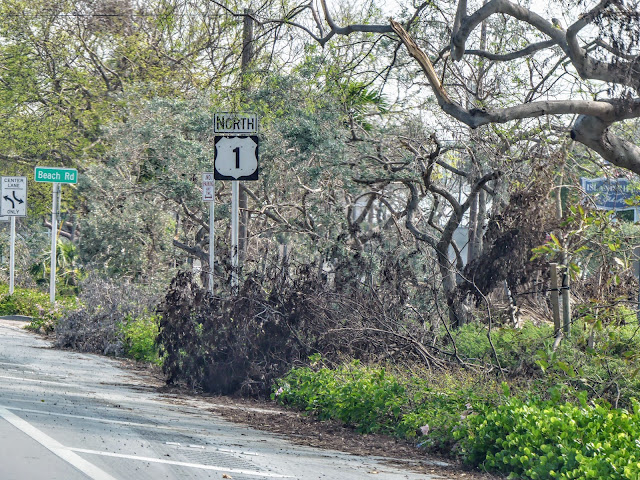 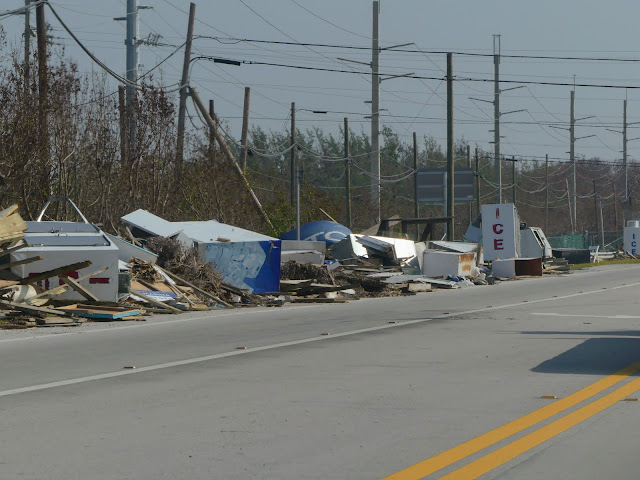 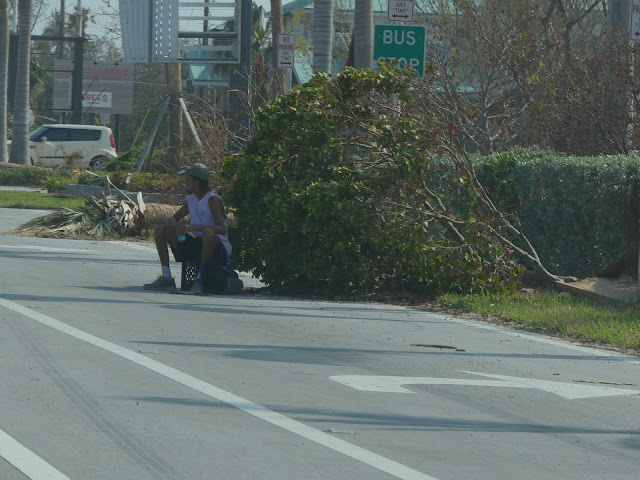 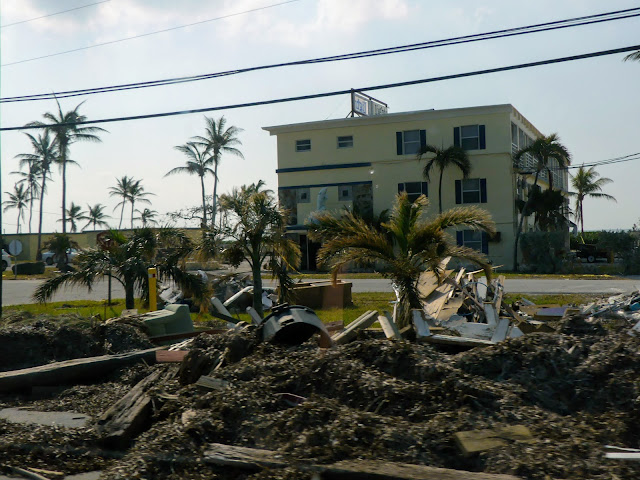 Curfew in the Upper Keys was moved back to midnight. That curfew ended at dawn seemed weird to me as dawn is close to 7am which would be difficult for people who drive to work at 6am...and there are plenty of them still. 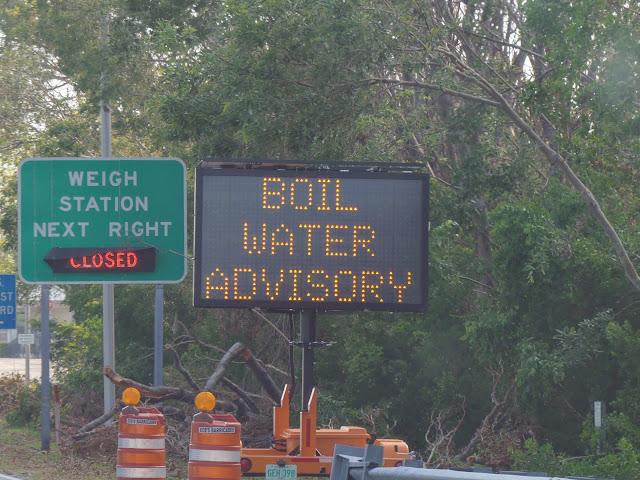 Porta potties line the highway on the north side. Its a smart idea as there are few restaurants and gas stations open to relieve returning evacuees. Very handy... 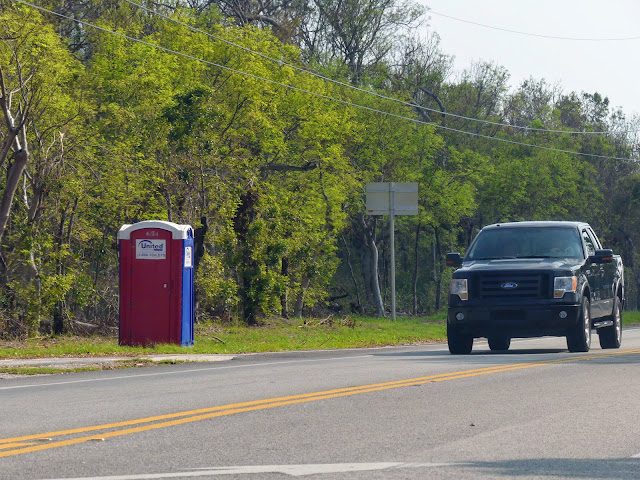 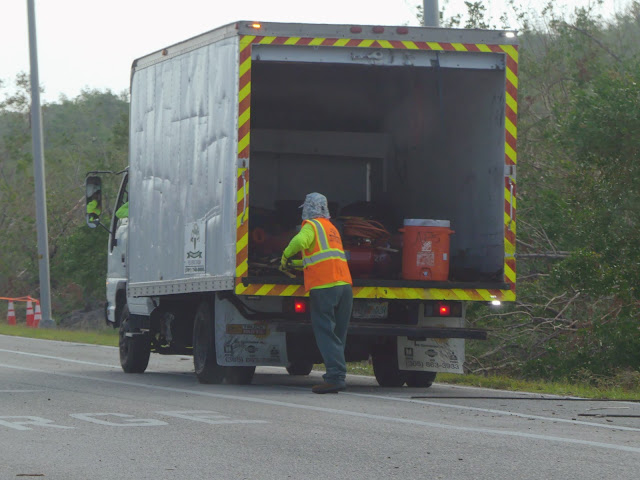 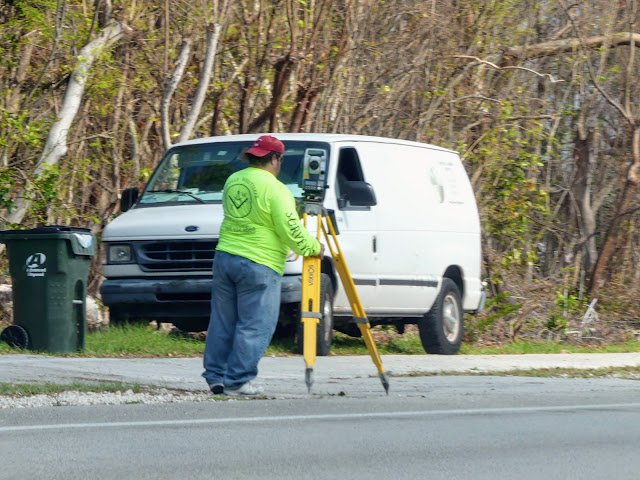 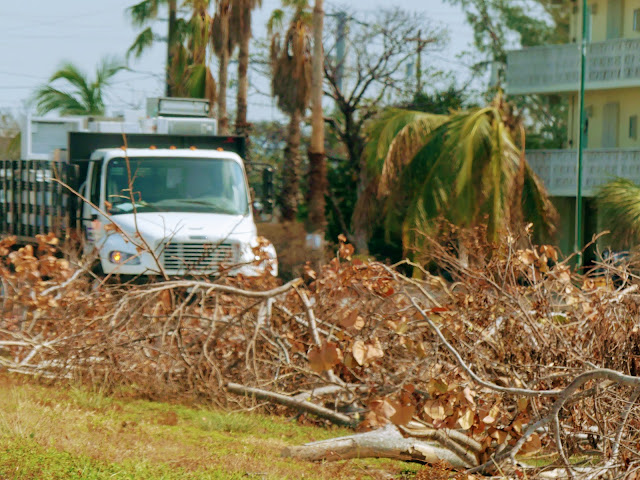 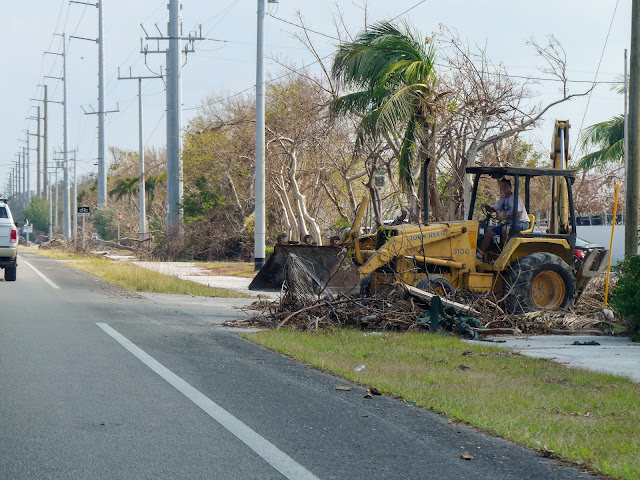 At the end f the county on Card Sound Road the old toll booth scheduled to come down soon has already lost its blue awning which asked you not to forget your keys... 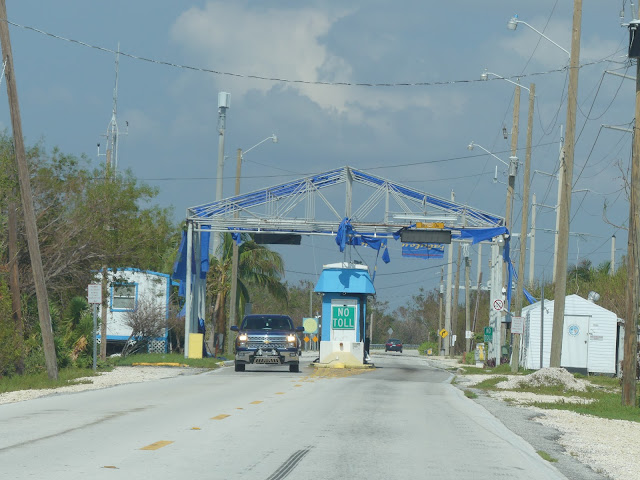 An automated Sunpass booth was scheduled to grow here by February 2018.
Posted by Conchscooter at 12:00 AM 3 comments: