When asked I replyme preferred place to eat fish is at Alonzo's on the boardwalk in Key West Bight. 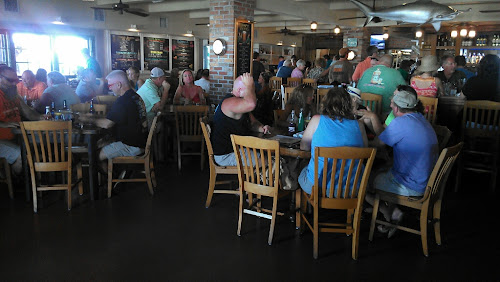 I was not alone in that preference as thay had a loyal following. I use the past tense advisedly as they are not currently open and mussels - alive! alive oh! - must be pursued elsewhere. 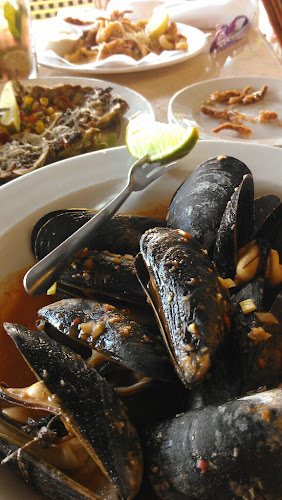 It's proper name is Alonzo's Oyster Bar and they offer live oysters from all over the place as the modern fashion will have it. I am not a fan of eating live snot balls, thanks and I limit myself to my general principle that if I go out to eat I expect the chef to have applied heat to the stuff. Cooked not raw is my motto. 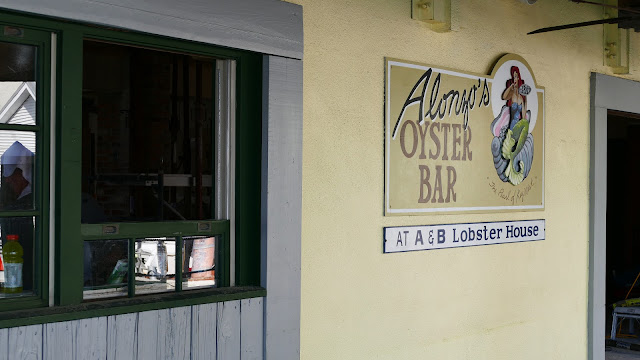 Apparently Alonzo Cothron and Berlin Felton decided they need a waterfront fish house in 1947 and in those days the fishing fleet tied up in Key West Bight so this was the obvious spot.  From the Florida State Archive this picture of the "good old days:" 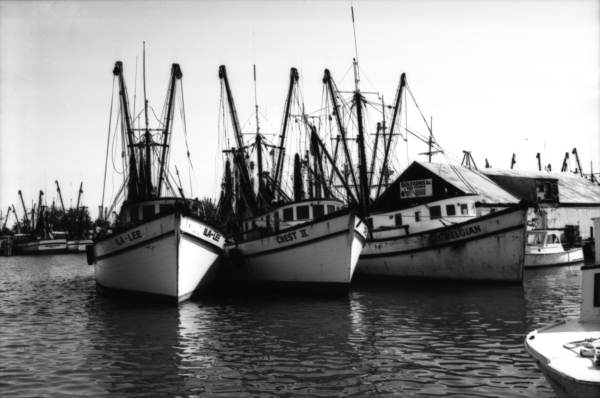 I ambled by a few days ago and wasn't I surprised to find the place torn up. Give them credit, considering they were founded in 1947... a freshen up was probably in order. Mind you it was pretty nice by my estimation before it got cleaned up. 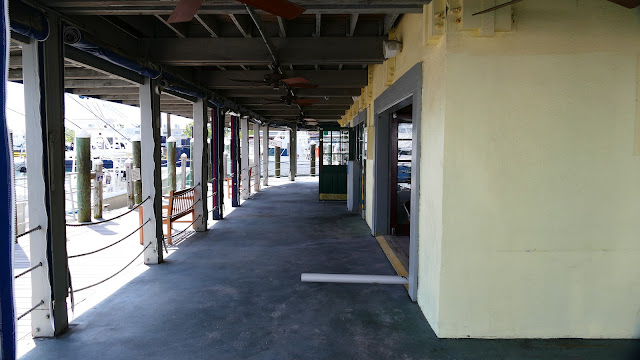 If you want oysters they are still available round the corner. 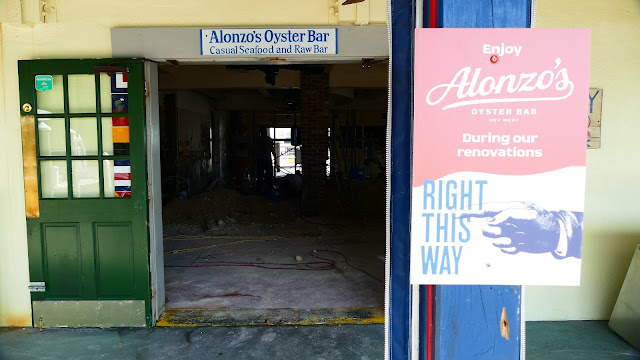 As the work continues inside. 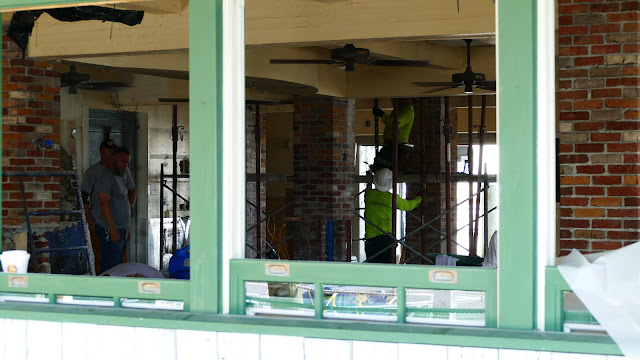 And there is a crane out front tearing up the docks near the Conch Republic Seafood restaurant.  So much so they put in a  detour round the back which was a different way to walk. Small changes in routine amuse me. Which is just as well as I'm working day shift  now and I sleep at  night like a normal person. That's taking some getting used to but I'll manage. 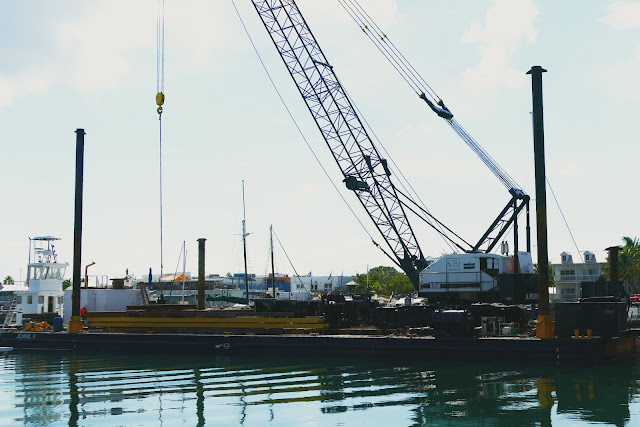 I included a picture of the Galleon Resort across the way just because...The Bight waterfront is owned by the city which leases the land to the businesses. There is a city board to regulate the rents and I have to say it is a brilliant plan as the city pulls in rent every year and the area is vibrant and busy and a great attraction. Even with marinas filled with recreational boats rather than more colorful working shrimp boats which have moved to Stock Island. 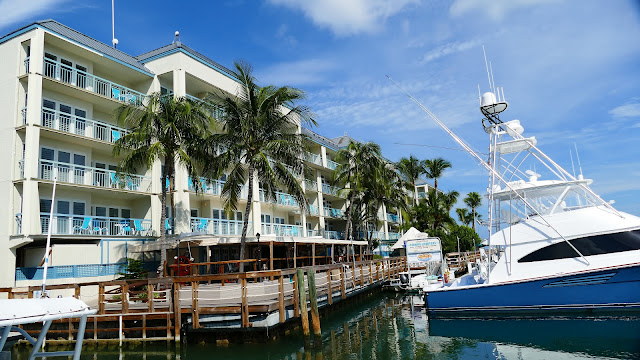 And here they are lining up for the Ultimate Controlled Adventure on a giant catamaran known in the trade as a "head boat" - because they carry many heads and they count heads before they come back to the dock. Leaving customers floating around at dive sites all night is bad for business.  So make sure your head gets counted if you take a trip on one of these boats. They are low key and people enjoy them I'm told. In my world the Ultimate anything is the final or last one. I trust it wasn't for this crowd. 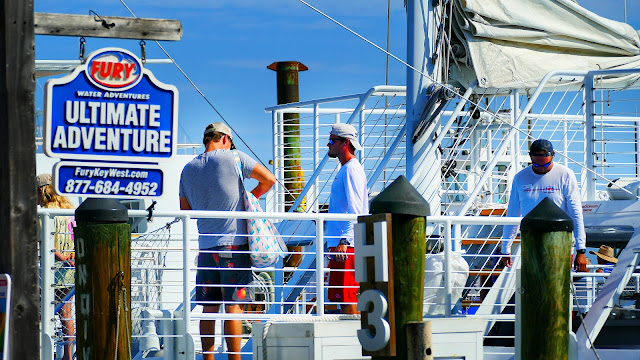