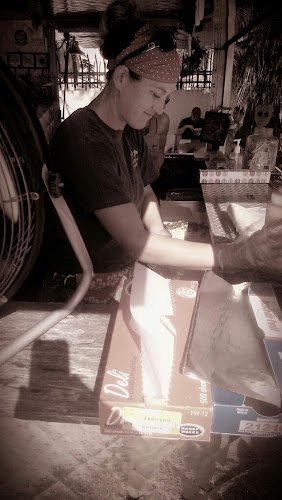 There is this weird little silver box planted in the ground on the six hundred block of Greene Street. It's called Garbo's Grill and it's Key West's nod to the food truck fad sweeping the nation and the Food Channel. I have been curious for a while but it's only open in the middle of the day and every time I've been by it's been closed. 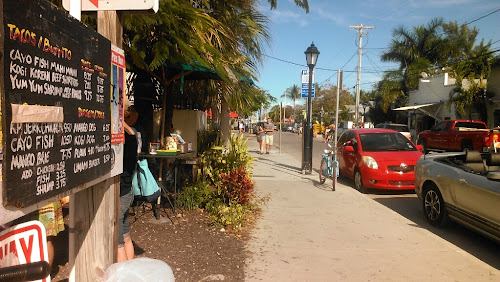 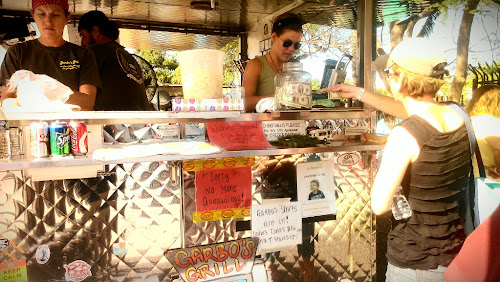 This place has a massive reputation and under the old ownership was listed number one on Trip Advisor's Key West restaurants page. Which in my opinion says more about the unreliability of Trip Advisor than anything about Garbo's Grill. Considering this is my first taste of the place what do I know, perhaps it deserved to outrank Key West's many other quality restaurants that offer actual sit down eating space. But who you know is as important I guess, as what you do when it comes to getting rated. 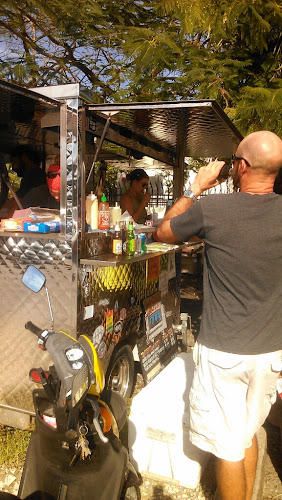 Happily all that ranking stuff is now off the shoulders of the little kitchen that could and the lines are interminable. The ice chest in front of the trailer contains the non alcoholic drinks. It's a bit like a fishing trip, reach down and grab a cold one. 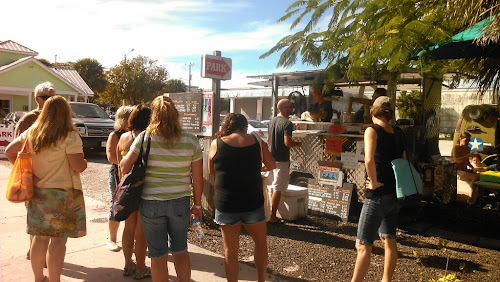 The truck itself is tiny, like three small phone booths stuck together and with three busy people inside it seems a hell of a way to make a living. They seemed cheerful enough, blasting disco music while they sliced, diced and cooked. 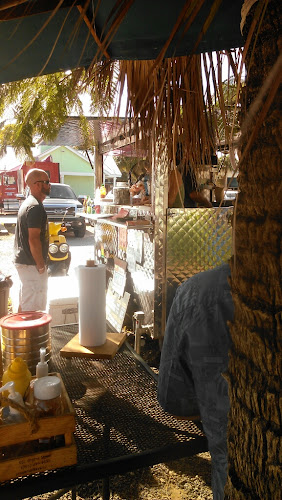 They had a line of people to keep happy too, and a crowd of people who were too busy chewing to look happy. 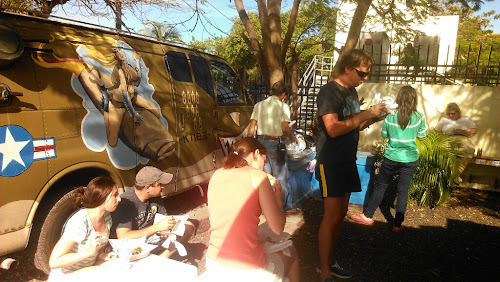 The menu is simple enough, yet each item is filled with complex flavors which makes me want to go back and try more than just the Kobe beef short rib burrito I ordered. I spoke with the bearded cook and he said they can't do quesadillas in winter when they get backed up because they simply take too long. Other than that I heard people moaning as they bit into the burgers so I guess not having quesadillas isn't the end of the world. 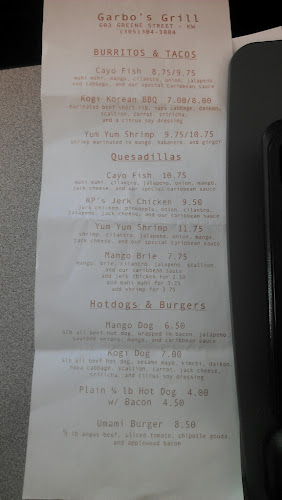 I suppose a large part of the allure, beyond the food, is that it's not uncomfortable to be roughing it outdoors eating al fresco in January in Key West. For people coming from snowdrifts Up North that has to be worth a lot. That and fresh fish within sniffing distance of salt water. 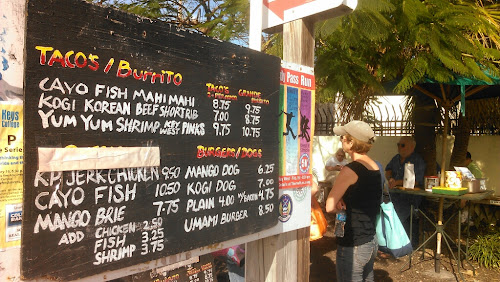 So what does all this brouhaha taste like? Give them credit it was good. But consider this: I took the rib burrito back to work, stuck it in the fridge then later took it home, then I put it another fridge and took Cheyenne for a two hour walk, did some food shopping and went home. Then I zapped it in the microwave, and after all that mistreatment it was still very good. It had a lightness and freshness that took me by surprise. The meat was sweet like teriyaki but I figure it was as teriyaki was supposed to be, not sticky and sugary but a delicate sweet flavor. The Kobe beef was firm and full of flavor but not full of gristle or fat. I will go back for another go round for sure. 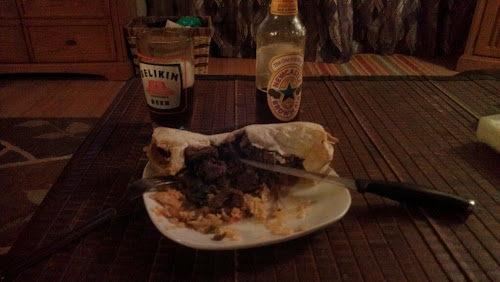 Key a West is doing quite well in the relatively cheap street food department, Badboy Burrito (and their Indian counterpart hopefully), Paseo sandwiches, Cuban food across town of course, the Uzbek sandwiches at Cafe Kennedy, the pizza at Onlywood and the galettes at Key Plaza Creperie. 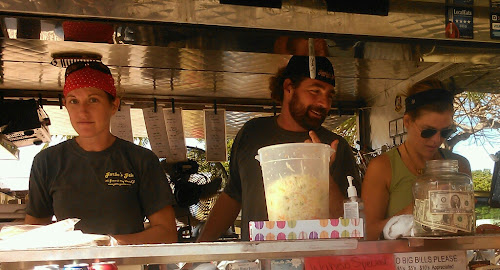 And these guys were having fun too. I wish them all the best in a town where they have chosen a tough path to success.