I haven't walked the cemetery in a  while but was prompted to recently when  I got a call at work about tourists who found themselves locked inside after hours.  I wondered how they managed to miss the sign: 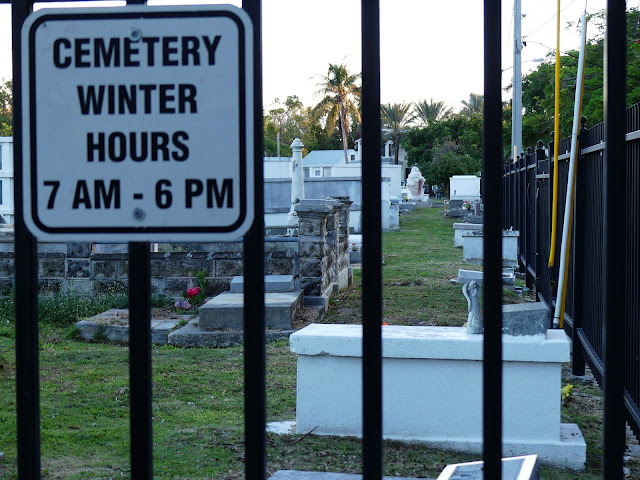 I determined to take a wander in a corner of the cemetery close to the entrance that I usually overlook. I saw a whole family lined up and its this sort of thing that makes you think.  Its not just historical this cemetery, its the place where stories of daily living in Key West get their final punctuation. The son died before his parents. 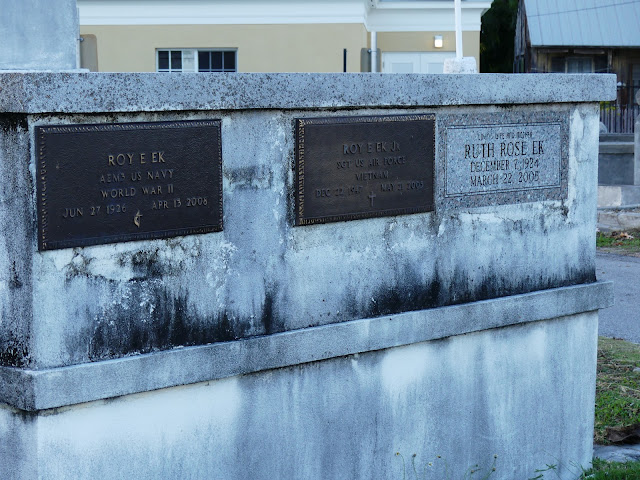 I love wandering the graves and thinking about these lives neatly encapsulated by dates, some have pictures and the Conchs especially love to add a little drawing of some activity important to the deceased: 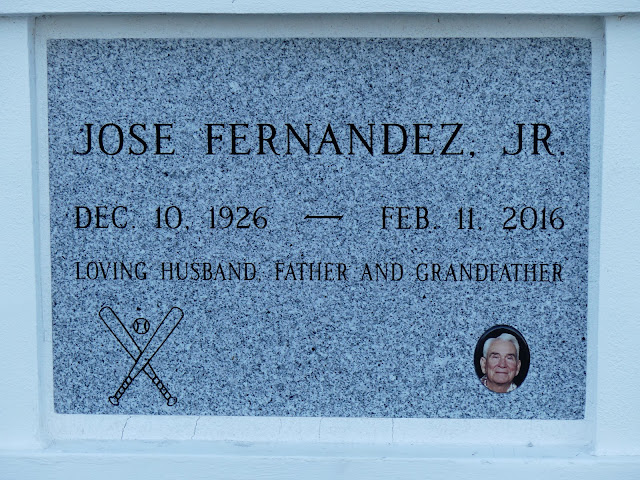 Then I came across this gem, close to the gates yet one I had not previously noticed. "Killed by plume hunters..." helping create the Audubon Society, ironically named for the artist who killed to paint. 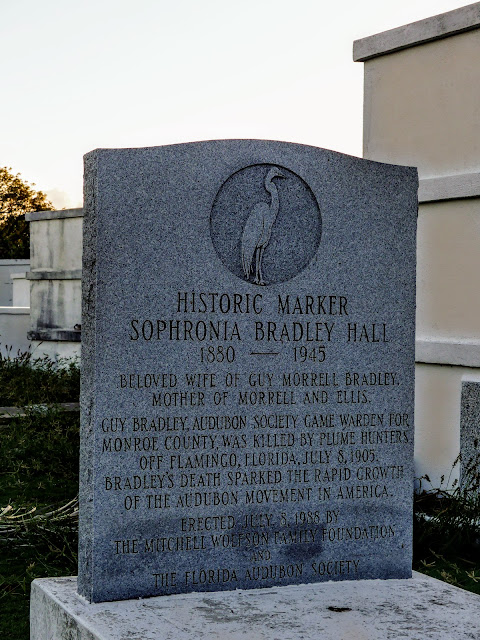 Here's another one and this photo shows how tough it is to get the light right for photographing tombs. The name on the right is Howard England who was the dude hired to restore a decrepit and forgotten Ft Zachary to it's proper status: 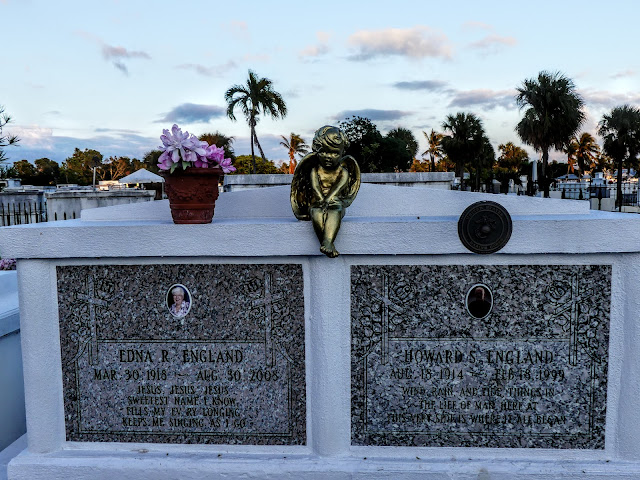 A close up of this exemplary employee's  photo: 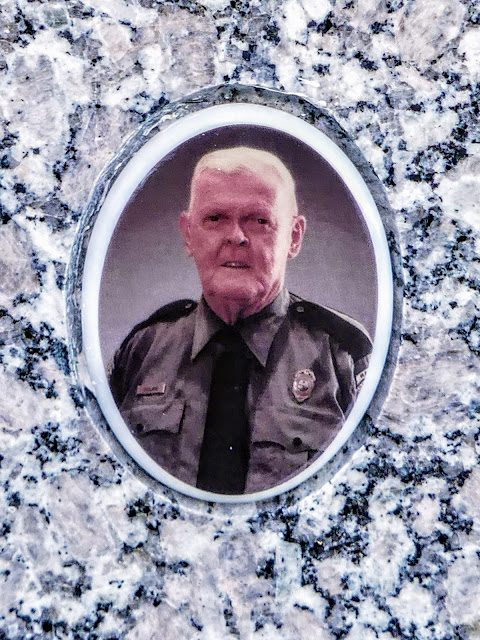 The light was fading, winter hours are in effect and it was only around 5:40pm. 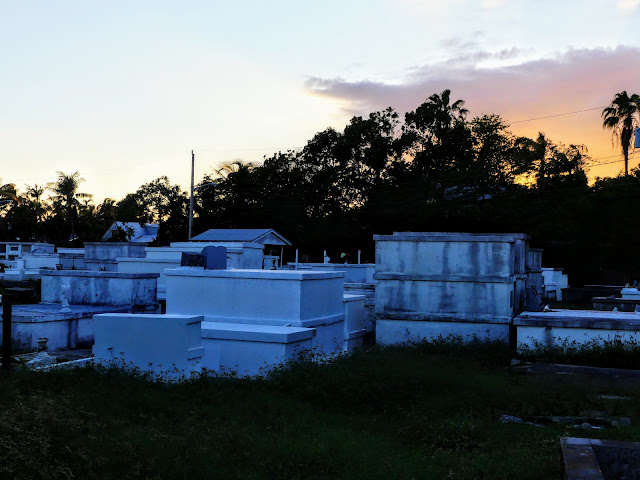 I wished I could have lingered but I still have to earn my living on night shift. 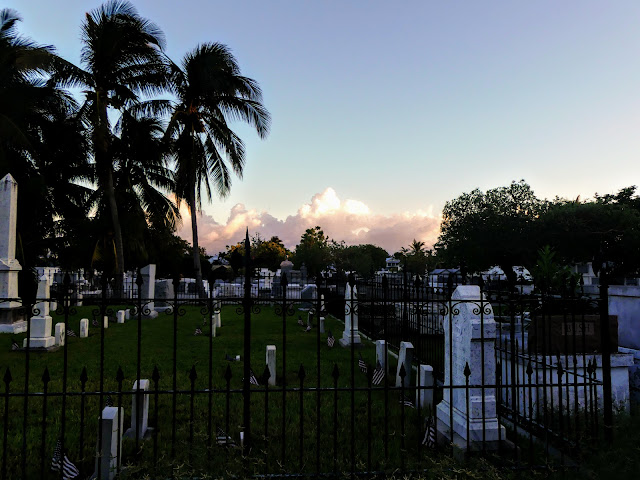 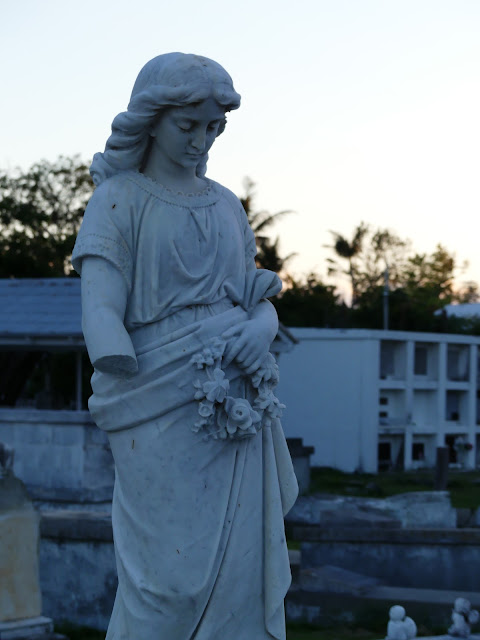 I could not resist the pun: 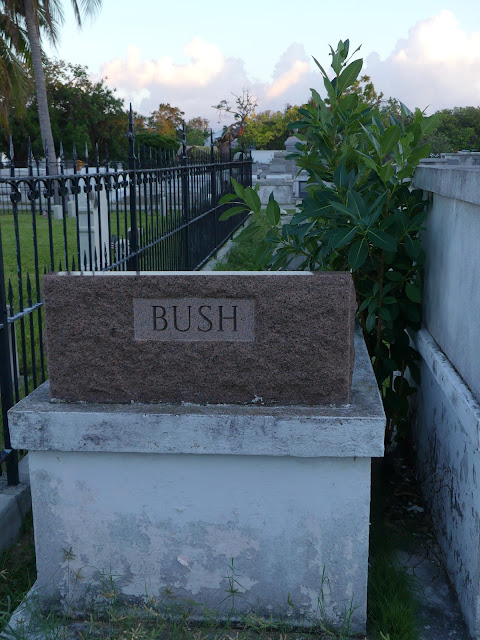 There are so many graves in the cemetery and many show they are still remembered: 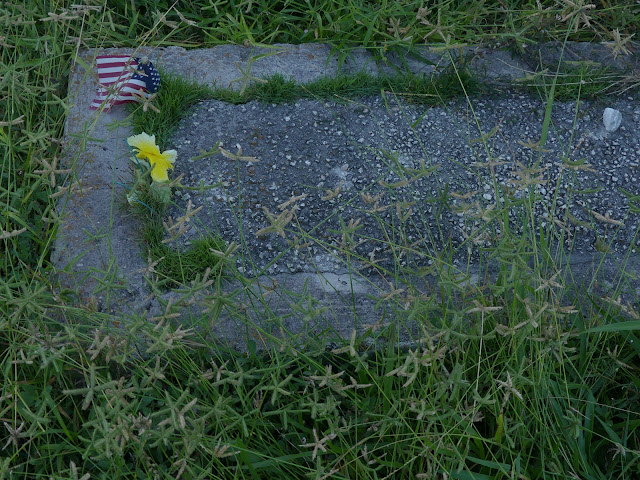 Above ground burial is a good idea in a town built on rock with a high water table. The original cemetery was on the south shore of Key West until a hurricane tore it up and scattered corpses in an undignified way sometime in the mid 19th century. They moved the cemetery here on what was the edge oft own at the time. 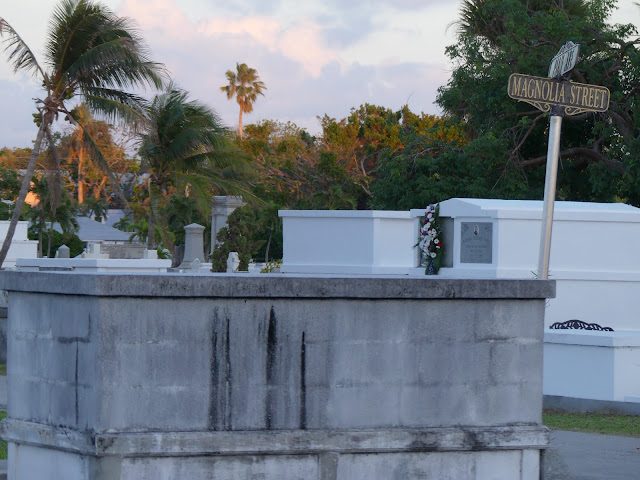 And people keep dying.  Most people in party town don't notice but in my work I take the calls when someone dies at night and before morning the funeral parlor clears the body out of sight, detectives finish their on site investigations and the paperwork is signed off so the city awakes to another day, none the wiser of another loss. 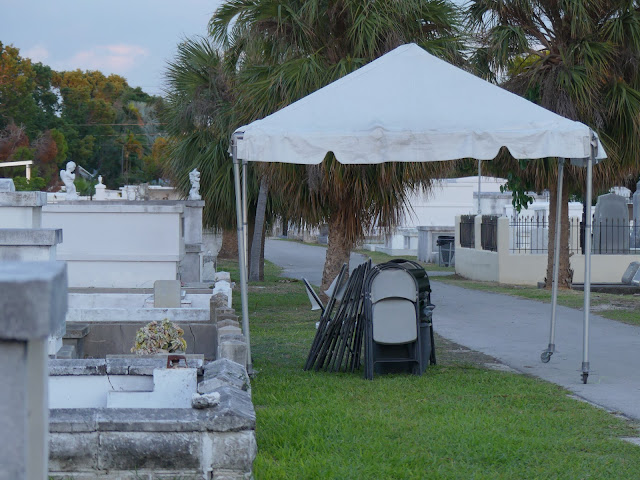 The cemetery is also a short cut across the middle of Old Town. I rather like that amalgamation of the living and the dead though some people get annoyed by transient traffic, even the respectful sort. 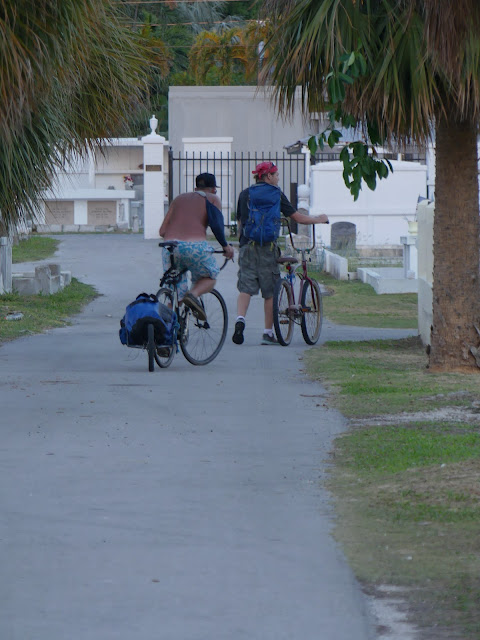 The military plot commemorating the USS Maine sunk in Havana in 1898 and giving rise to the US take over of Puerto Rico from Spain and US monitored independence to Cuba. Key West had the hospital facilities for the casualties of the explosion. 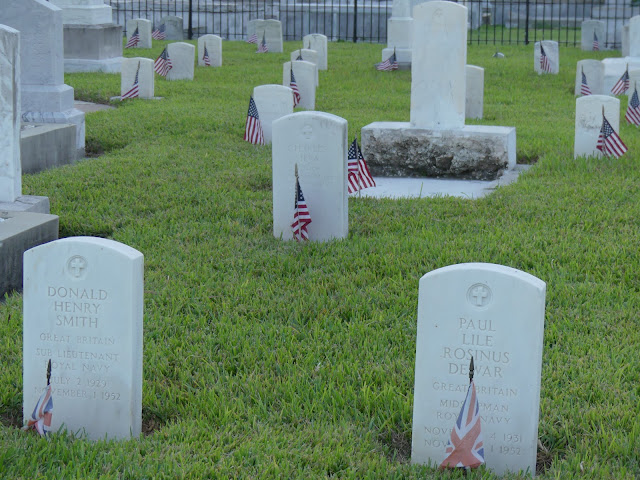 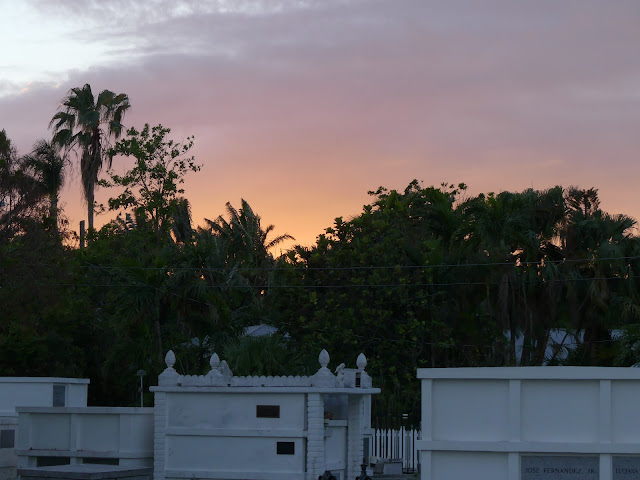 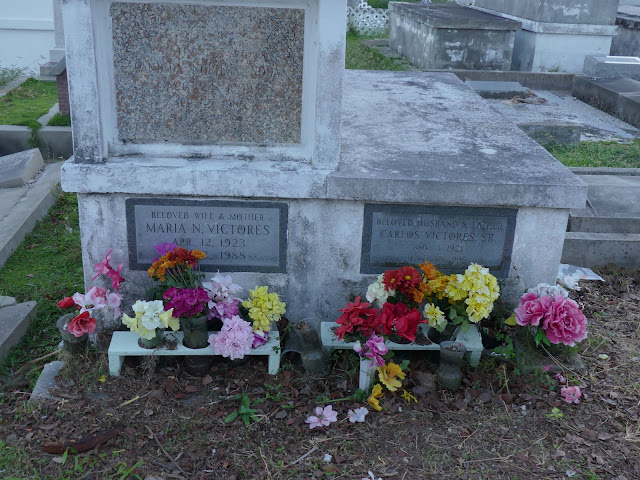 "We will never forget you..." Her children, grandchildren and great-grandchildren left that sentiment in Spanish, because Key West is a melting pot in a world President Trump wants to be white. 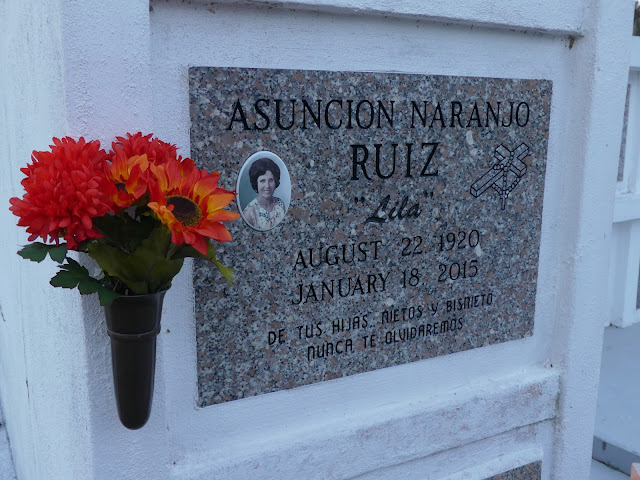 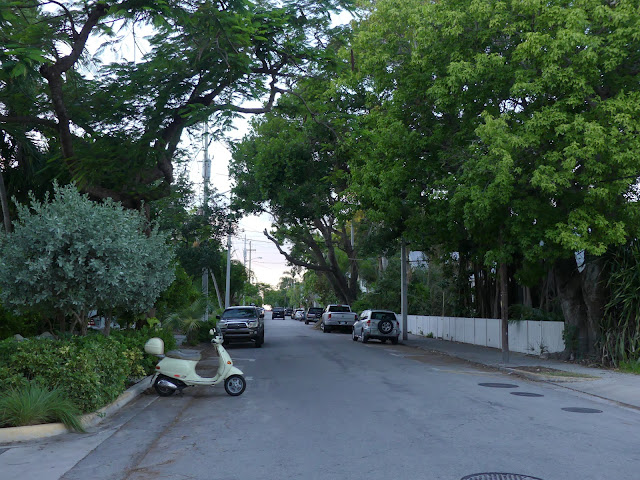