Rusty and I had the place to ourselves, the south end of the Bahia Honda road bridge, a place that used to be filled with green trees, shade and abundant grass. Hurricane Irma put paid to that and left a burnt desert in it's wake. I hate seeing the place reduced to rubble but Rusty doesn't mind at all. 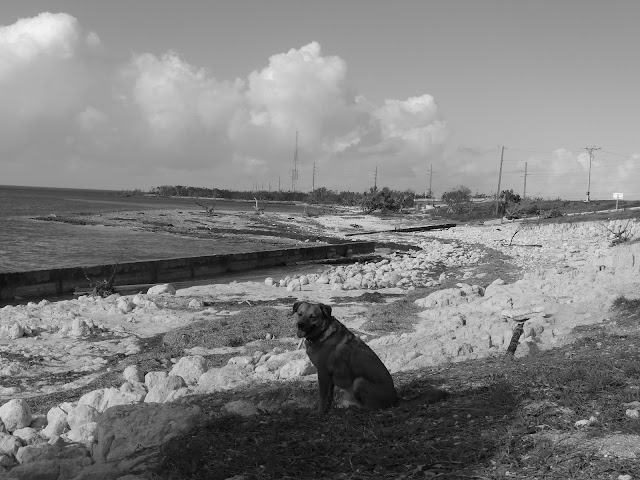 One wall of the old pump house is still standing, more of a monument now to the hurricane than part of  the 1942  water pipe from Miami that was built to assist the war effort in Key West. The pump house used to be a solid building with the pipe running in front but all is now torn up and reduced and changed. 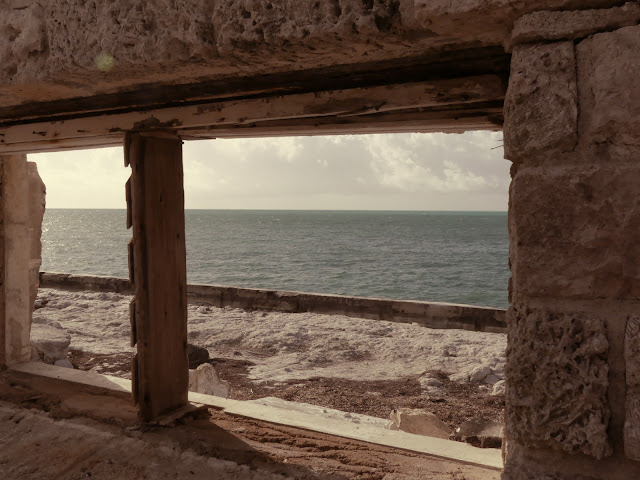 It was a lovely day and as this is the only place I can gain some elevation I very much enjoy pretending I am up a hill and playing with my camera. Rusty went looking for what few iguanas still live here and we passed a pleasant few minutes in contemplation. 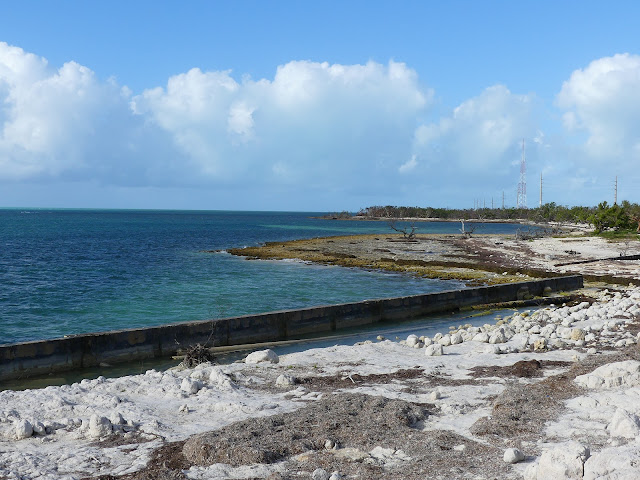 It was windy as you can tell by Rusty's raised ear. 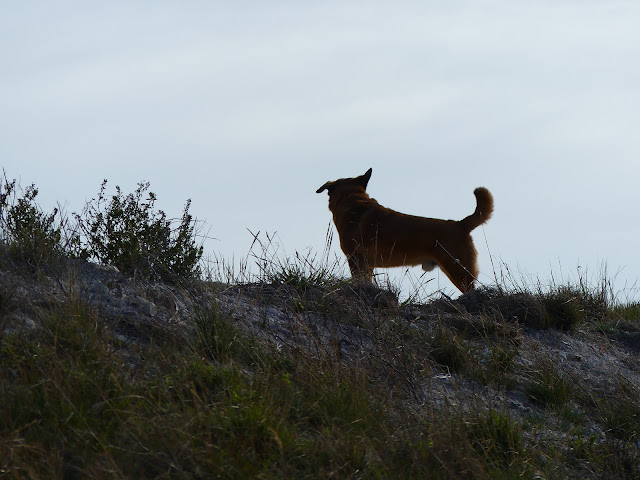 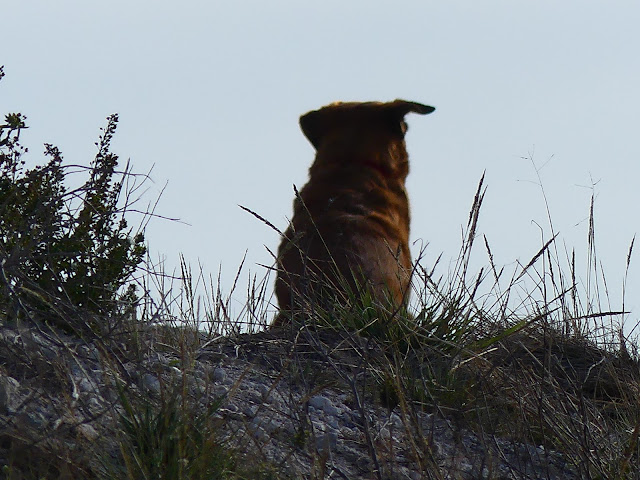 In the distance Bahia Honda state park has re-opened and people are camping there. 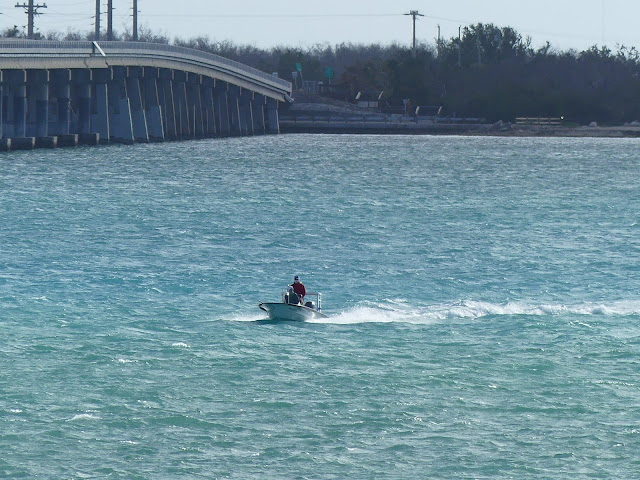 The bicycle path and pedestrian sidewalk along Highway One has been fenced off to separate cars from the damaged pathway. 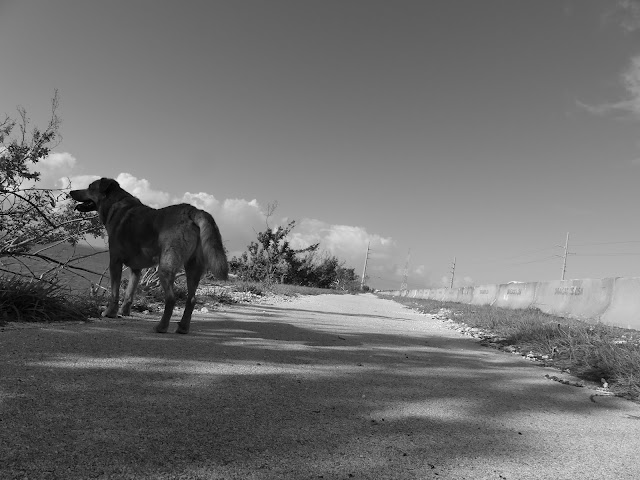 It was a lovely day and I tried to take advantage of having the place to myself. 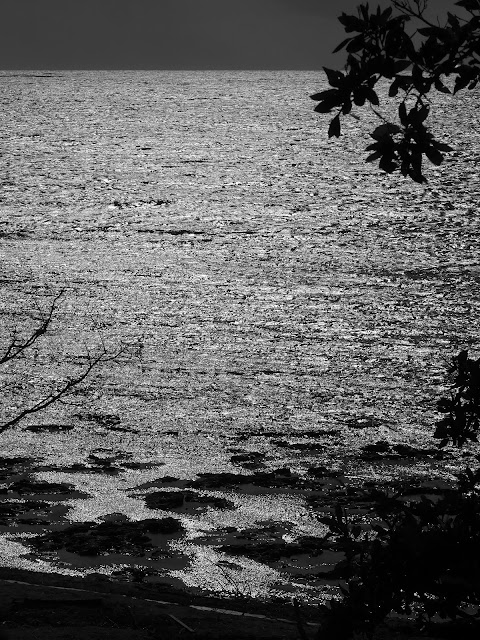 Joe Cool was on the prowl: 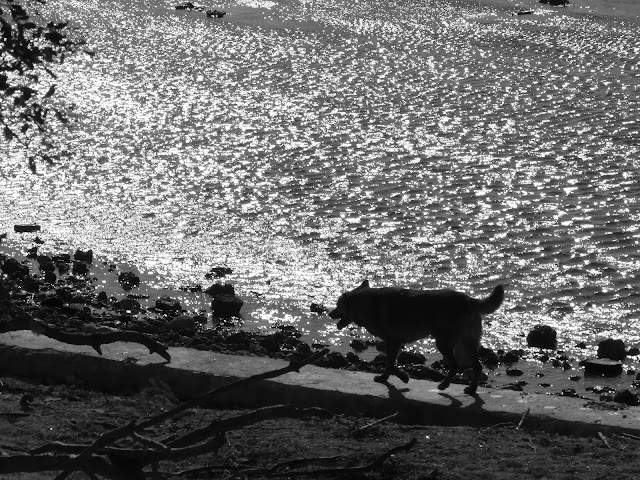 I tried to make the most of the hurricane damage. 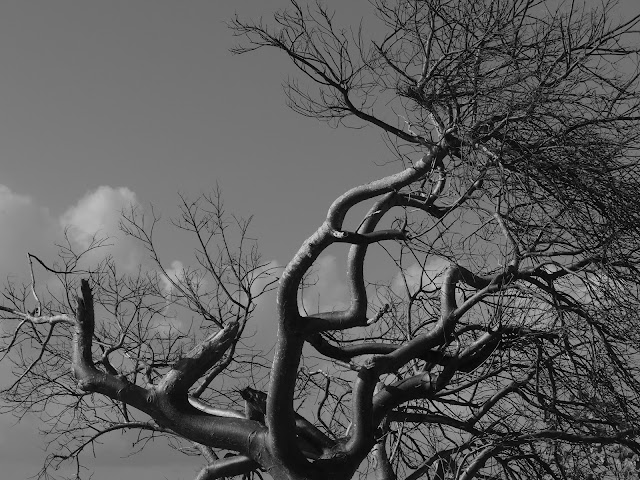 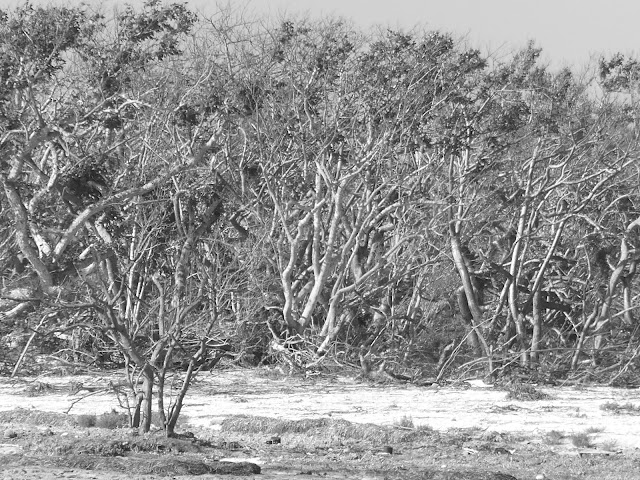 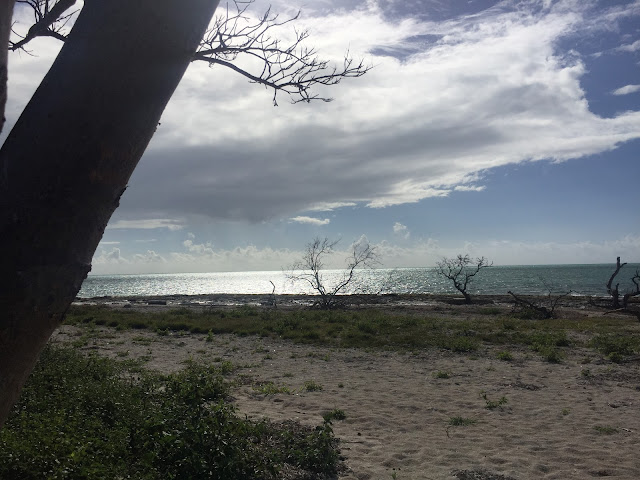 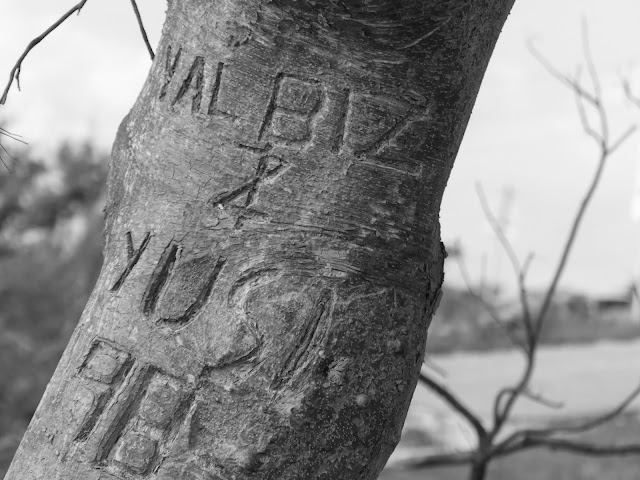 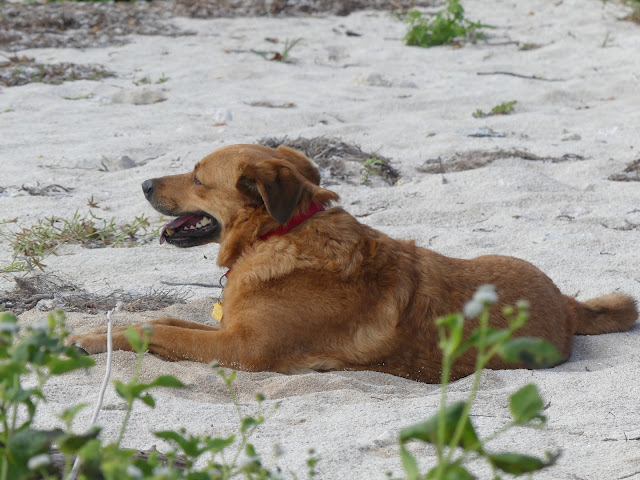 Me, the nature photographer. 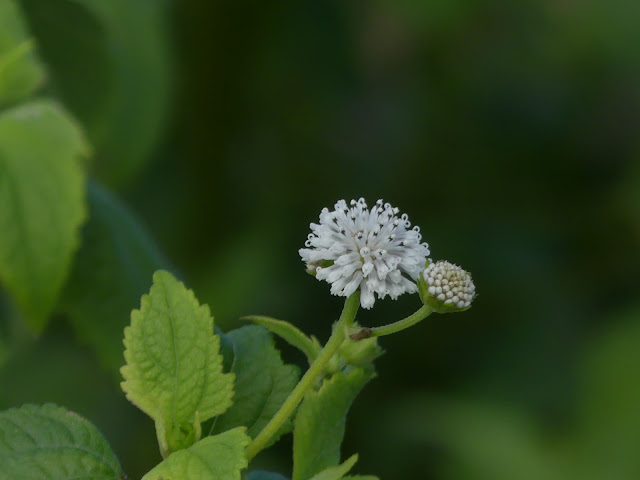 These strange people were paddling their aluminum skiff lacking any other means of propulsion, and they made heavy going in heavy weather. Tin boats are usually deployed inland in fresh water as salt water corrosion can wreak havoc on metal. 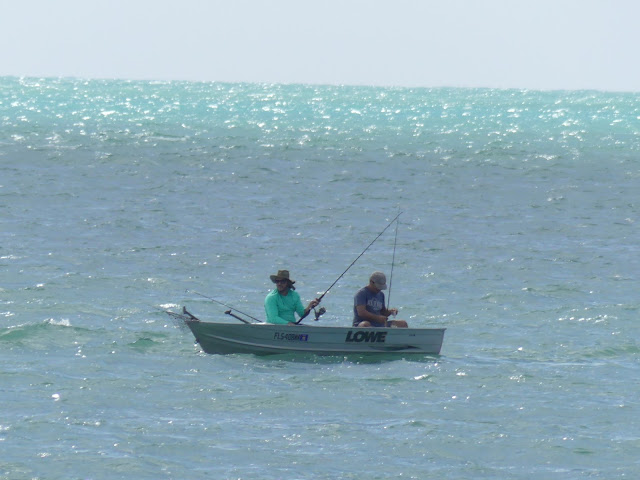 Then the serenity of the beach came under sudden and immediate threat. Over my shoulder I heard  the sounds of a crowd, a noisy chattering crowd descending from the bus: 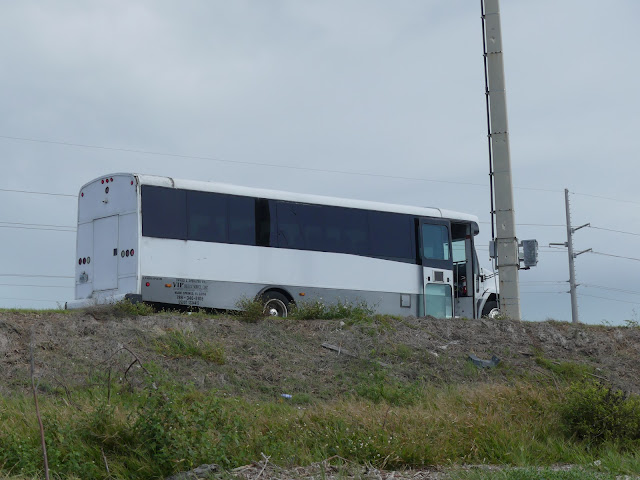 They spread across the beach and started photographing each other obsessively as though to win a  prize. 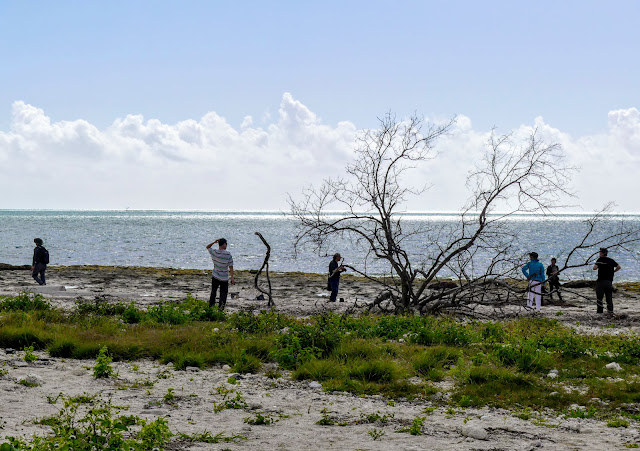 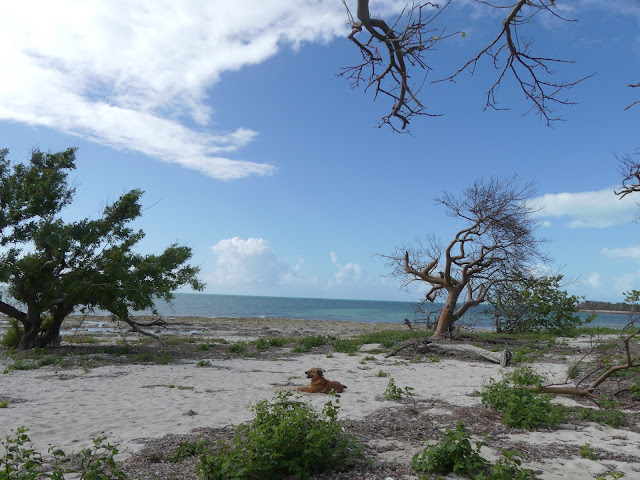 To finding ourselves suddenly unwitting participants in a  gathering of Asian visitors who spoke no English and made no eye contact. They rushed around alternating between posing and photographing as I sat on a cement block and tried to make eye contact. Good morning I said and it was though I wasn't even there. Wherever they were from they have perfected the art of Urban Eye Contact. None was made, ever. I felt invisible, like  a spirit in another dimension. 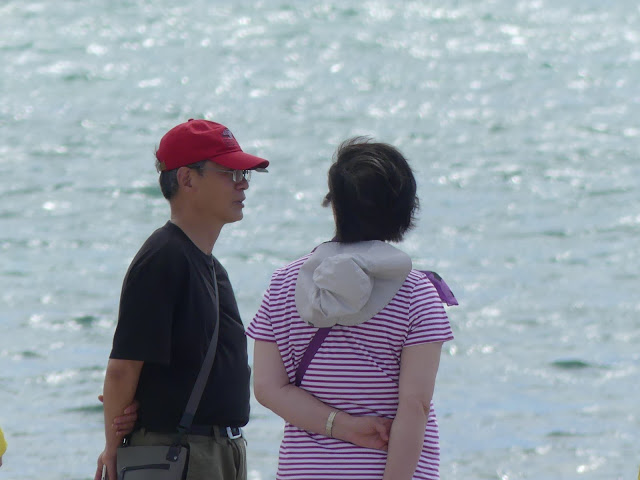 I watched and said nothing as orders were barked and photographs were taken. I have never really understood the desire to take a picture of oneself in a place. I like to see the location and the fact I took the picture is proof enough I was there. I have no patience with selfies.This lot saw things entirely differently. 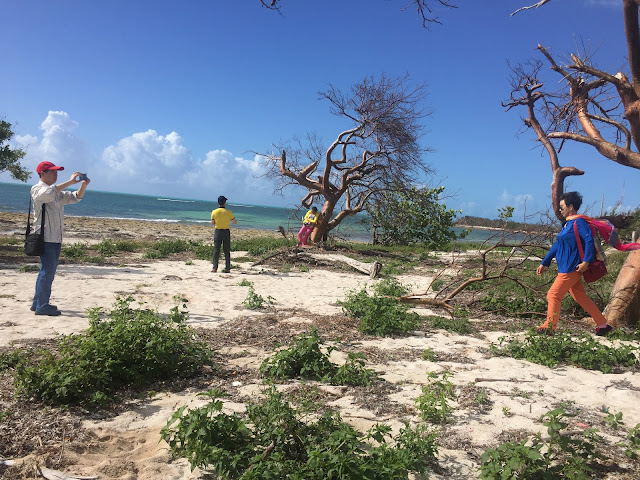 Rusty couldn't handle it so he retreated from the hole he had dug in the sand and sank out of sight in the weeds: 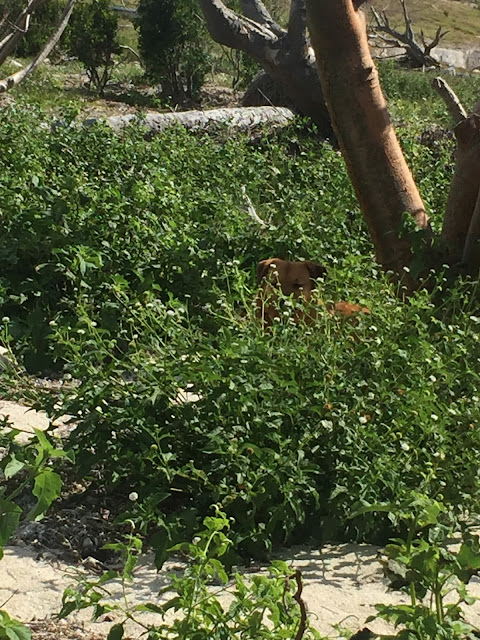 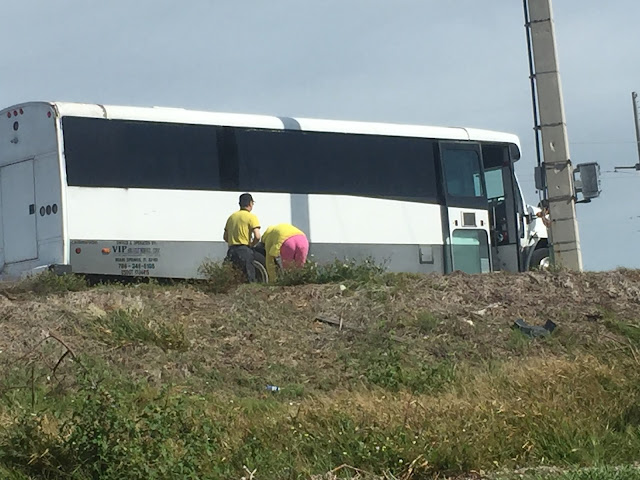 We shell shocked survivors had the place to ourselves again. 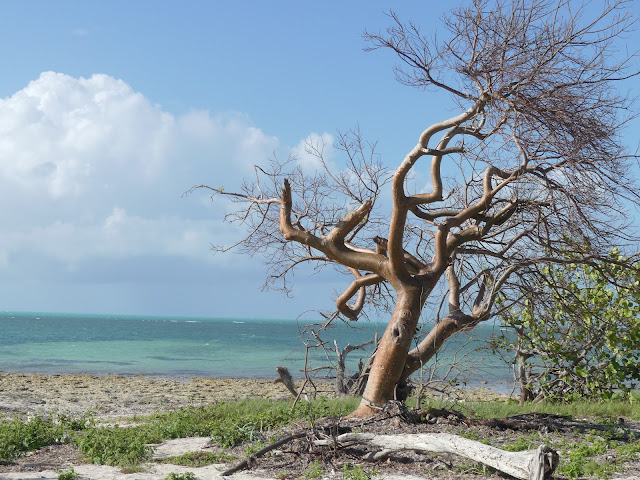 Silence. Blessed silence restored. For Sonia, in black and white: 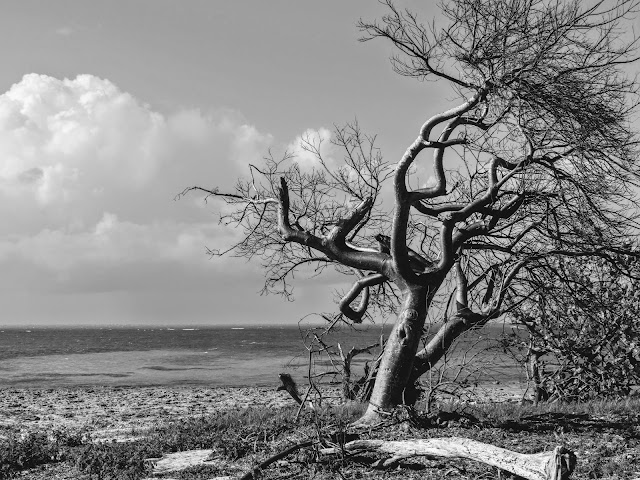