There are days that just start out well and when Rusty rolled me out of bed I wasn't ready on my lone day off to be awake. Nevertheless the small brown dog was proved right. The morning in the mangroves was spectacular even by local standards and I struggled to capture the essence of it even as I found myself wading through high tides increased by heavy rains that broke records at the key West National Weather Service Office. 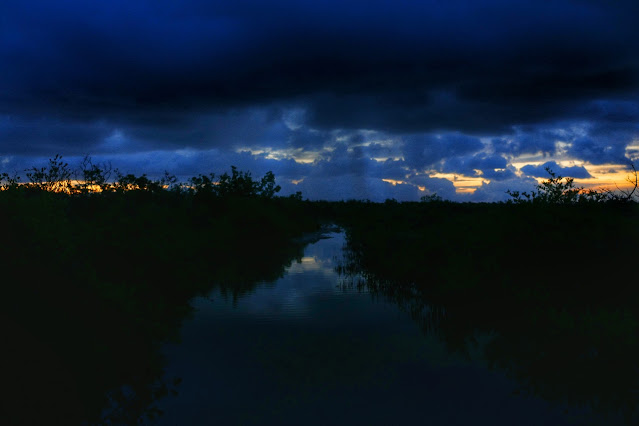 Today is supposed to be the day the Key West city commission votes to remind the mask outdoors all the time requirement. The idea is to fall in line with county regulations that require masks indoors and makes them required outdoors only when you can't be socially distant. It's a change that would make sense to me but it is going to be followed soon enough by relaxation of all sorts of crowd prevention rules across Florida. I find the whole coronavirus response somewhat bizarre and it seems as though we are now going into a phase this Fall of even less common sense. 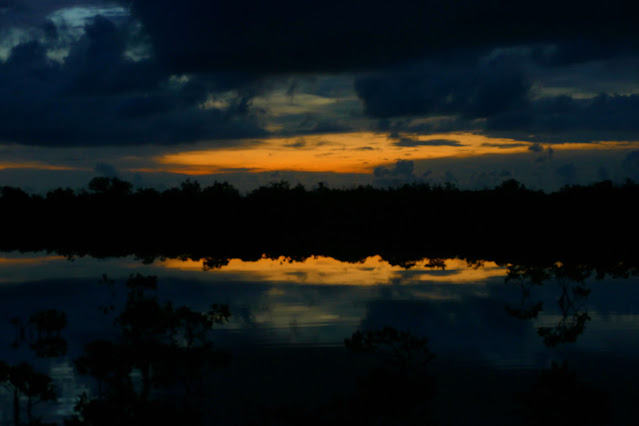 I suppose in the short attention span world in which we live the expectation that we can hold the line on a coherent virus response is too much to hope for. I was never certain how the "Greatest Generation" was a title bestowed on my father's generation considering how much written history we have behind us, how many generations have struggled with issues of great moment. I supposed that the struggles of the 20th century were closest to us, well documented and relatively easily understood as the history was explained to us. Thanks to modern technology we saw how hard it really was to survive the Depression and the assorted ghastly wars, in color, in our faces. 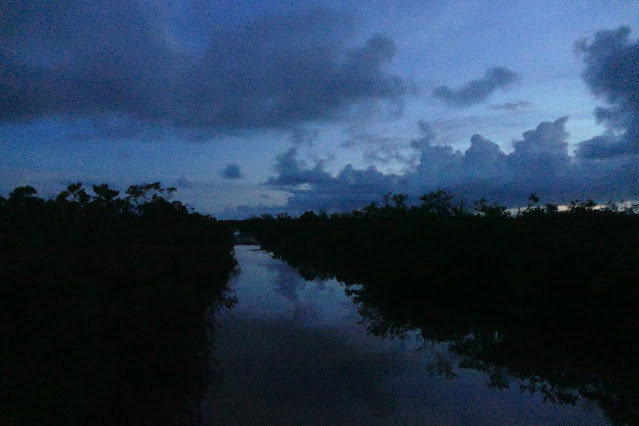 "The past is another country; they do things differently there." It has been brought home to me thanks to the virus, how differently we cope these days with challenges and  struggles that may or may not affect us all directly. I don't think our collective response to the virus could be described as "great" by any stretch of the imagination. I find coronavirus creates a lot of excuses to avoid doing right by your neighbor. 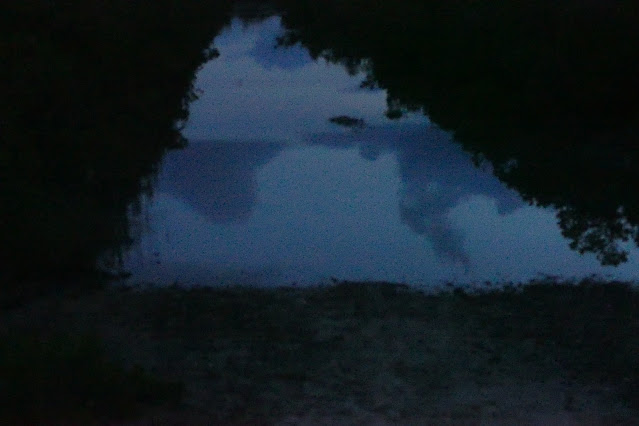 I come out into the woods with Rusty and my camera and for me it's perfect social distancing whether there is a plague or not. The annoying thing about mask wearing, aside that it fogs up your glasses, is. that not wearing the cloth puts others at risk. If the non wearer was putting their own life on the line fair enough,  but because it's the weak and vulnerable at risk, not wearing a mask takes on the appearance of callousness that I find quite exasperating. 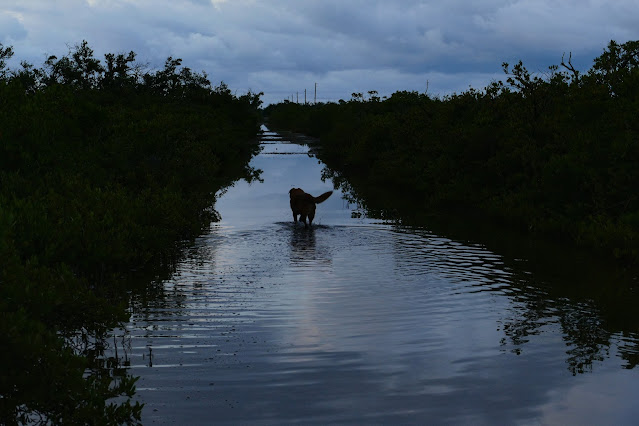 I have in my own way tried to understand the nuances of wearing masks and social distancing and so forth and I never thought wearing a mask while isolated outdoors made much sense. I hope the city will have repealed that rule by the time you read this (or looked at the pictures).  I used to worry bout transmission by touching objects which was a giant pain but when the scientists decided that the virus is hard to transmit via objects I felt a lot happier. 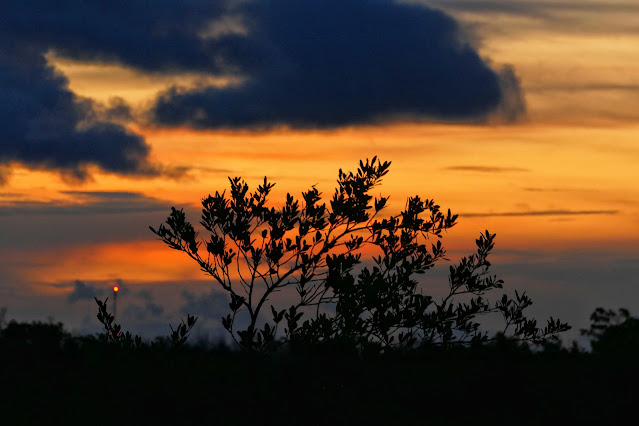 At work I worry about contagion but with the door locked and dispatchers isolated I just have to rely on the common sense of people I work with. While young they are exposed to the crap in life and so far they seem to understand the peculiar risks of this illness. It's hard to pretend coronavirus doesn't exist when you take calls from people watching their loved ones die from it. I hear the ambulance crews transporting patients while dressed in their special gear and their voices over the radio are muffled and after the transport they have to take extra time to disinfect the special covid 19 ambulance. We don't ask people to do CPR any more when they come across a person who isn't breathing. Our instructions for over-the-phone CPR developed by emergency room doctors with great care and thought over the years, are collecting dust. If you collapse in the street nowadays you'd better hope the ambulance is close by as no one, mask wearer or not, wants to touch a potential virus carrier. Coronavirus has long tentacles for all the politicians like to say it doesn't exist. 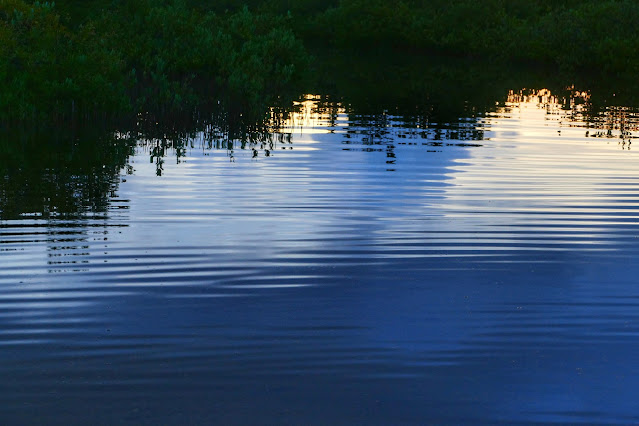 Many years ago I was taking a college course on some subject and one of the books was a novel titled "East Abides." It was a simplistic story as I recall but it carried a message that even after catastrophe life will go on, The title of the book springs to mind as I wade through the high high tides under dark blue skies. 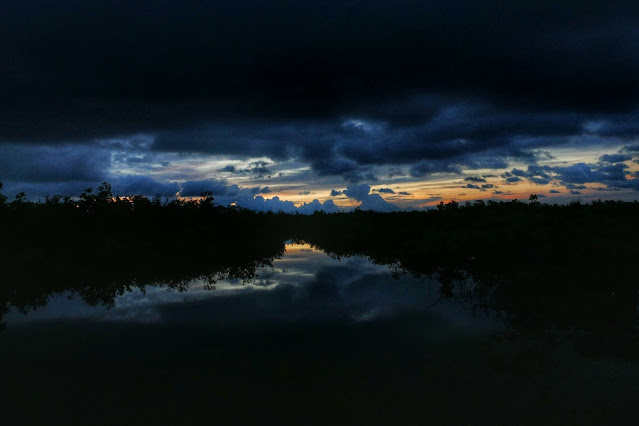 I've been walking these trails for years and out here where nothing seems to change. No masks, no people, no pandemic, no worries for me or for Rusty. The sun was coming up like this on that Sunday morning in December 1941. It will come up the same way long after the keys are submerged by rising seas. 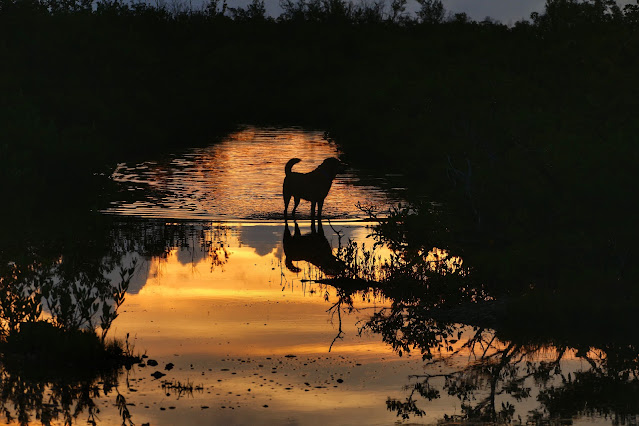 I find the more I watch the more clarity I gain from the natural world around me. The more I watch people the more baffling they become. I got a call the other morning from a man trapped in an elevator in town. He was unhinged not by claustrophobia but by the fact the elevator phone didn't work and he had to resort to his cellphone to call 911. Well I said brightly all's well as I can send you help. He went off on me as though I were the elevator phone technician ignoring his complaint. I dispatched the engine which released them from their predicament in less than ten minutes. The angry man was yelling at me that he got on the elevator once and it had stuck before releasing them, but on their second attempt it had stuck between floors. 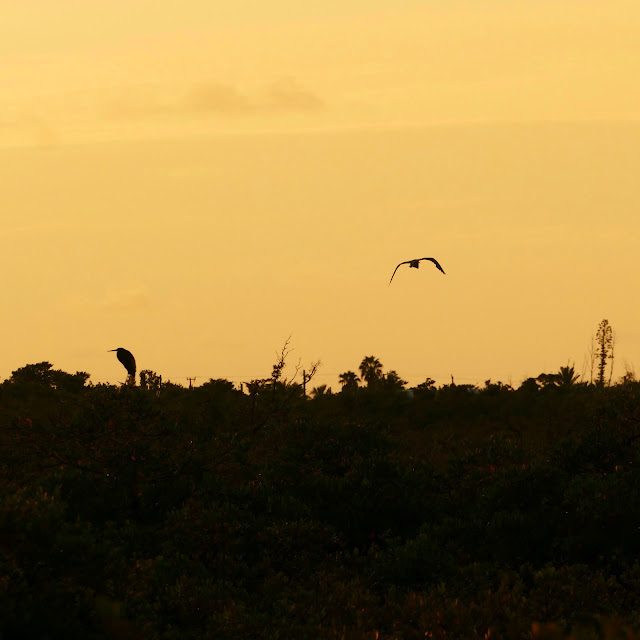 I said nothing but spent some time pondering why you would take a second chance with a clearly malfunctioning elevator and furthermore why it was my fault the elevator clearly had some technical problems. I suspect my despair at the future of coronavirus in our country stems from these sorts of daily encounters with people who display a dreadful lack of common sense. 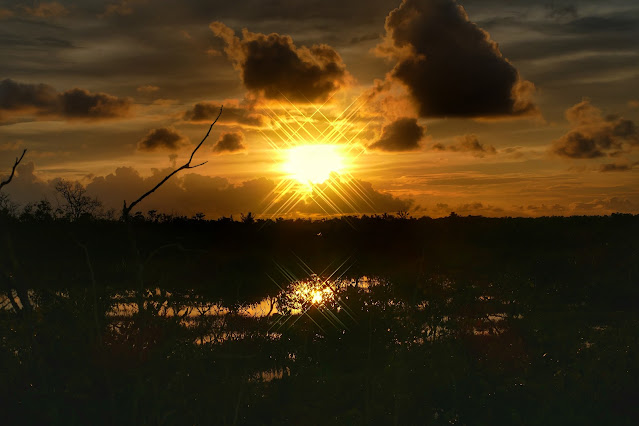 You can't lock economies down without some form of economic life support and in the same way you can't effectively legislate mask wearing without extensive education and encouragement.  It feels to me as though we have failed on both counts and now we will have coronavirus to contend with for months to come. 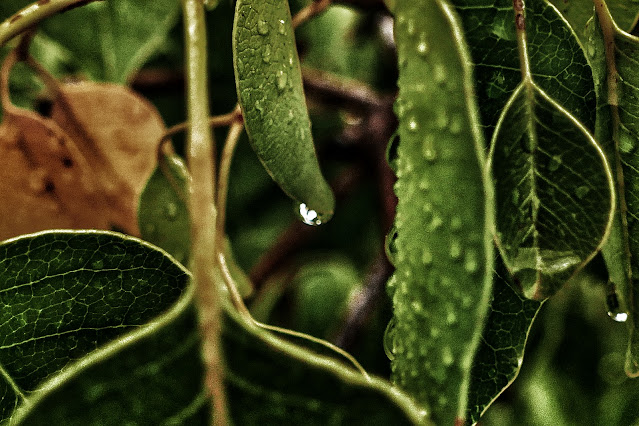 To have been locked down since March seems intolerable, made less so by the canal for swimming behind my house, the van for isolated journeys away from home, work with energetic motivated youngsters and long walks with camera and Rusty to stay aware of what really maters. 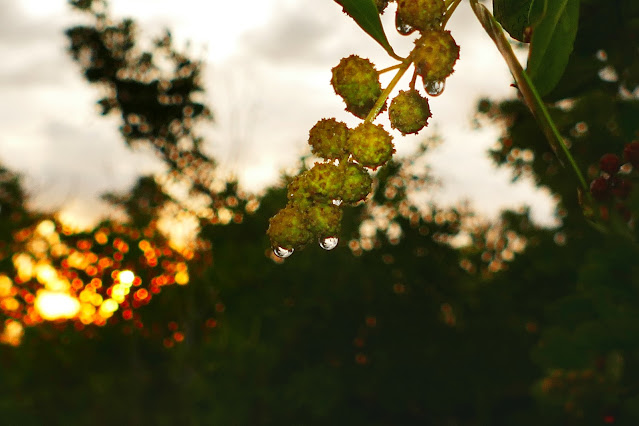 I have been reading a lot of history, particularly of the privations of the Greatest Generation as revealed by the passage of time and distance from the events themselves. To read about the suffering of those years and to compare that to the freedom robbing inconvenience of wearing a mask gives me added perspective. I heard enough stories abut the privations of the period from people who raised me but faced with the complaisance and casual indifference this virus has sown so easily among us I wonder why I ever questioned why they were the Greatest Generation. 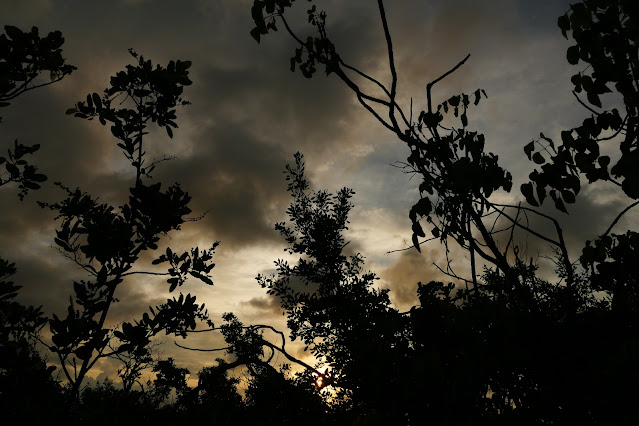 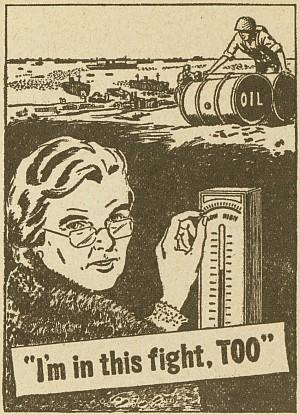