I was delighted to see Bonnie Albury's old home being properly restored after the former school teacher died at a ripe old age. She was a cranky old woman when I first started taking 911 calls from her nearly 14 years ago. She was angered by people painting her home and demanded we send officers to remove the offending easels from the sidewalk in front of her home...If it weren't so complicated to be a rebel, Bonnie Albury was the kind of no nonsense old timer we would all like to become, a rebel who cared not one jot what others thought.. 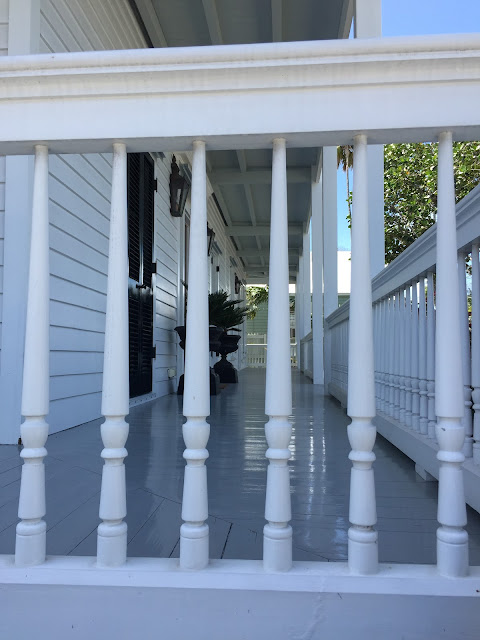 I miss her phone calls which started out as rants and ended up as conversations as often old people are lonely and call 911 to hear a voice as much as to register a complaint. I got the impression Ms Albury was delighted to chat on more than one occasion. Every time I waslk by her house at 730 Southard I tip my metaphorical hat to her. 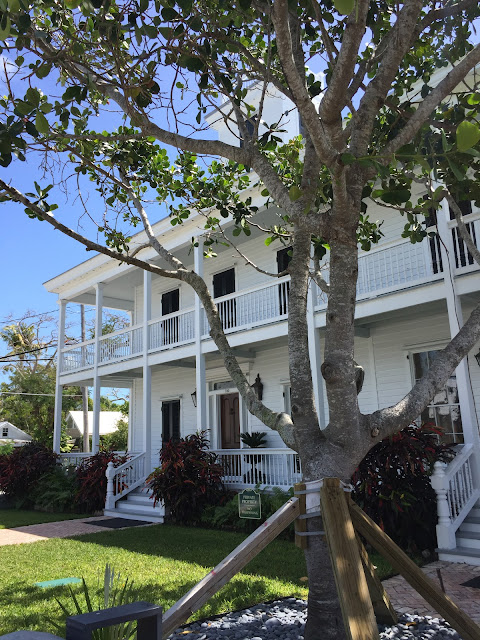 When she died and the place was bought and restored the hope might have been for a people to live here and bring the place back to life. But this is 21st century Key West and the driving force is money not life. 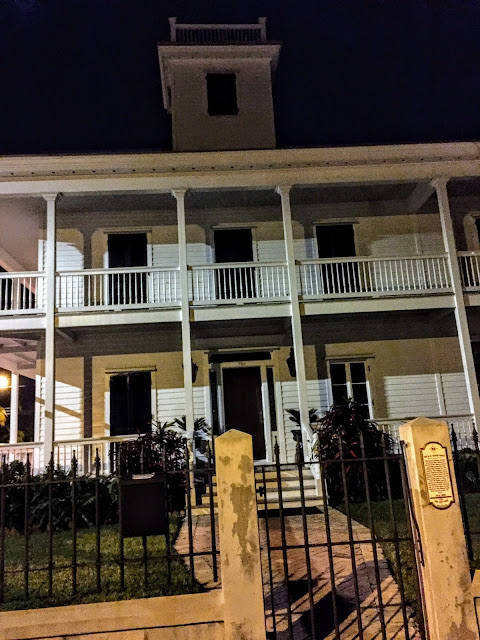 The house has been meticulously restored they say and includes a big brash No Trespassing sign on the lawn, which in light of the fencing seems unnecessary and rather ugly. No matter the owners of the home aren't living here they are flipping it. 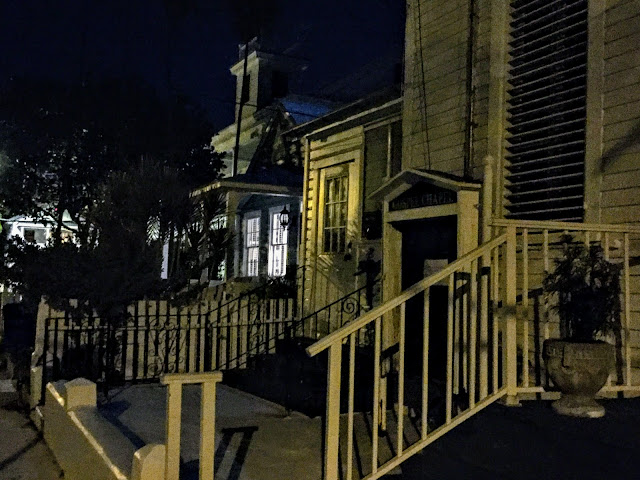 And  if you thought buying the Albury Mansion might be in your plans be ready for a hefty monthly nut. 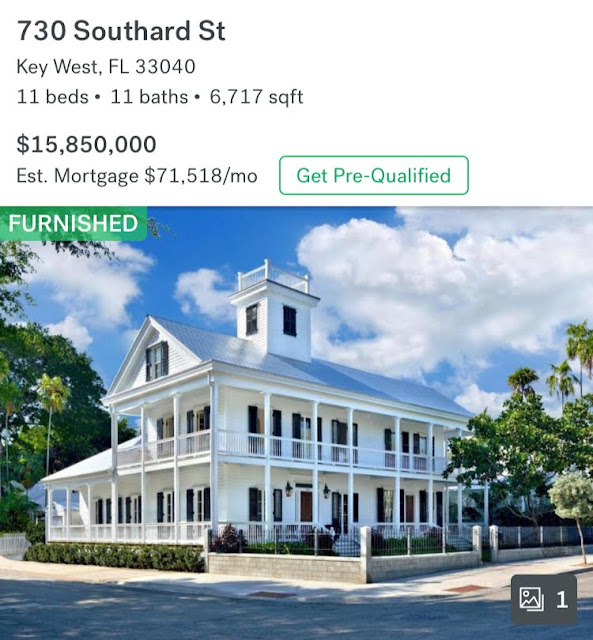 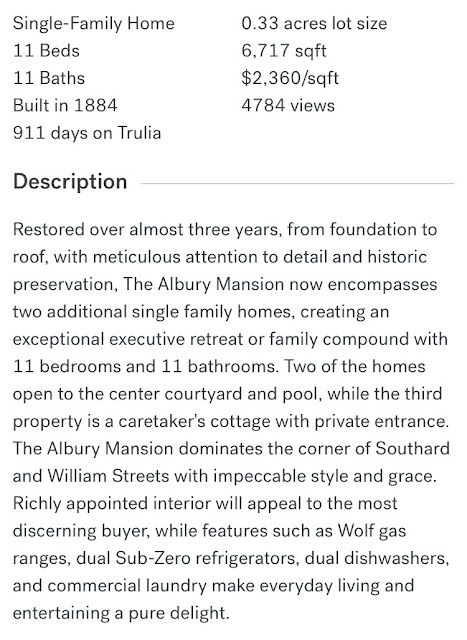 "Impeccable style and grace..." Bloody hell, for sixteen mill I would hope  that's a given.