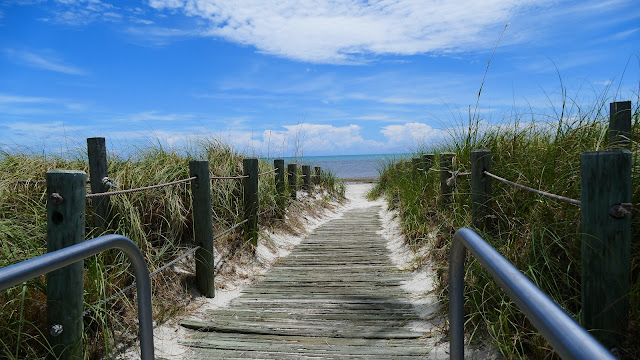 Above I photographed the classic view of Smathers Beach, often framed by non native coconut palms. As you may have noticed I don't usually seek out the Keys cliches with my camera. But in this case I wanted to highlight something not often noticed. 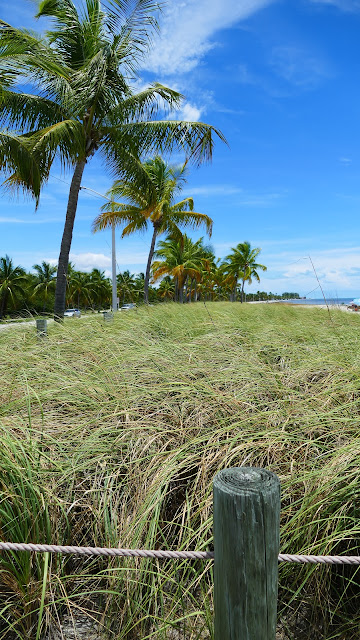 From the USDA website:
"Sea oats is a long lived, slow growing, warm season, perennial grass commonly associated with the upper dunes along beach fronts. It grows erect to approximately 6 feet in height at maturity, and has leaves that can grow to 24 inches in length. The leaves are narrow, less than 1 inch in width, and taper towards their ends. The ends of the leaves are often brown and curled in appearance. It produces a large seed head, or panicle, during the summer. The panicles are made up of many flat spikelets containing seed. The panicle turns from green to straw colored in late summer as the plant matures. The stem of the plant has bulges, or nodes, near the soil surface. These will often root down and anchor to the soil surface as wind born sediment accumulates around the plant. Sea oats is also rhizomatous. These rhizomes have a scale-like appearance when young, and can be seen as pale yellow, sharp, stiff, protrusions near the base of the plant." 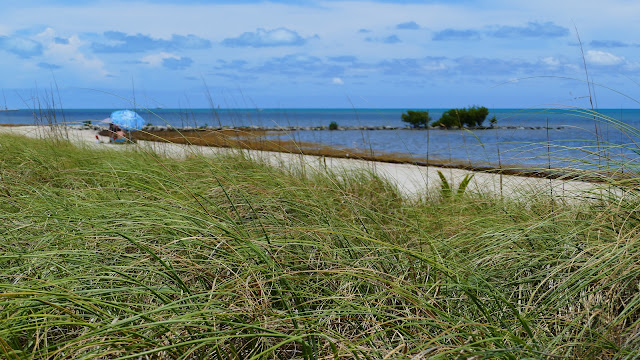 All of which is probably more than we wanted to know but the point is this raggedy  grass patch is considered critical to maintaining the coastline. Leave the stuff alone, don't tear it up and don't cross the rope barriers to walk on it. Easy enough. 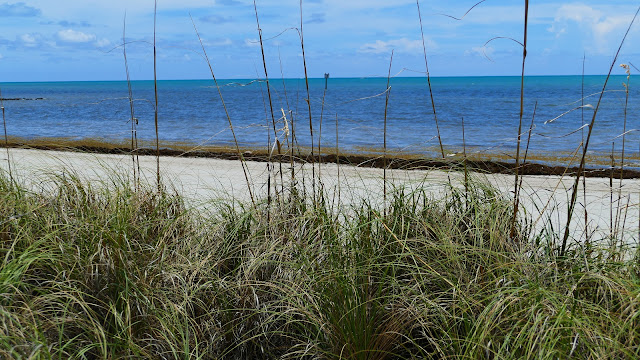 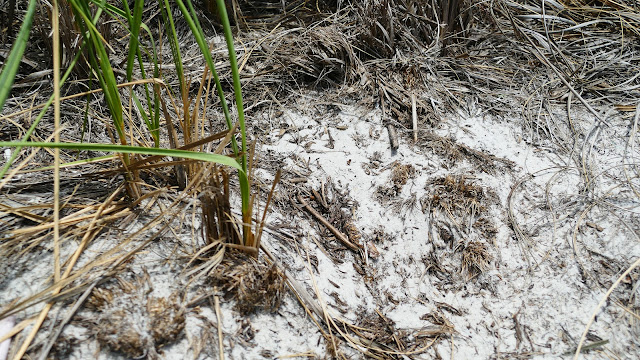 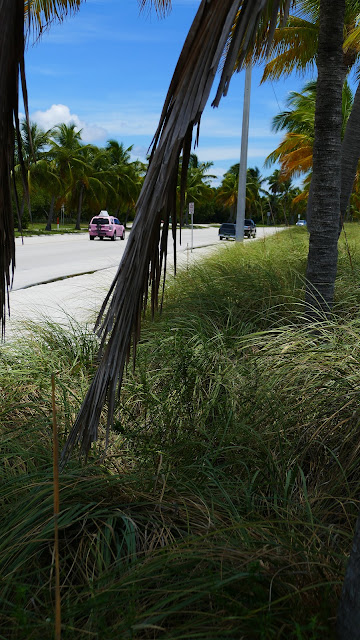 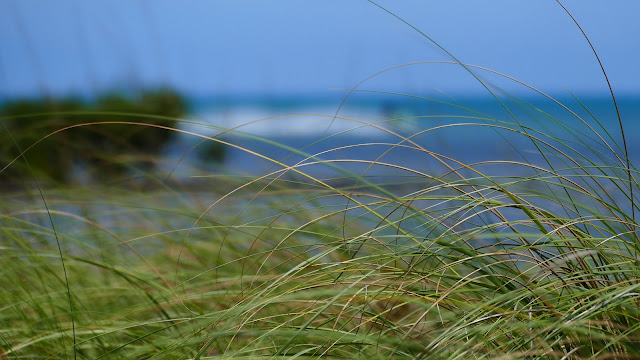 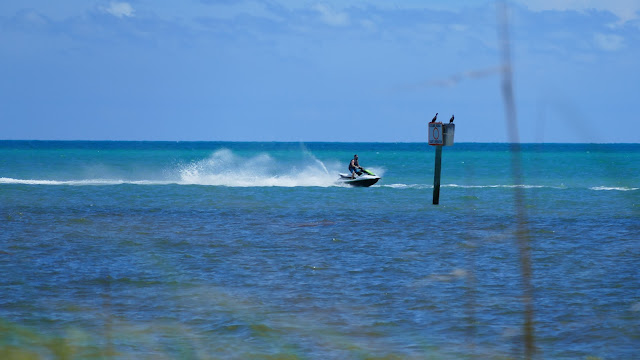 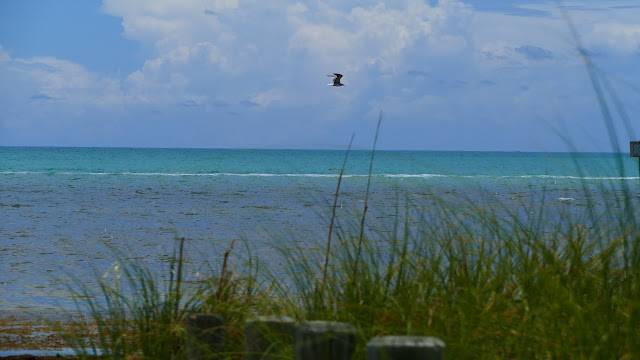 The stuff grows in abundance as you can see: 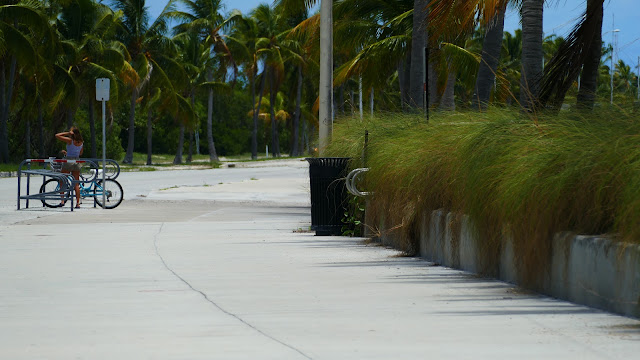 "Sea oats is very drought tolerant. This species produces a massive root system, and will tolerate salt spray and brief inundation with salt water. It prefers full sun, and thrives in areas with blowing sand, such as dunes along the upper beach front. Burial of the plant’s base by blowing sand actually stimulates plant growth and helps the plant spread via rhizomes and tacking down at the stem nodes. It prefers coarse sediments, but will tolerate medium grained sediments. It will not tolerate fine grained sediments, and has a difficult time surviving in lower, wetter portions of the beach area. Though it is capable of surviving brief inundations of salt water, it will not tolerate water logging." 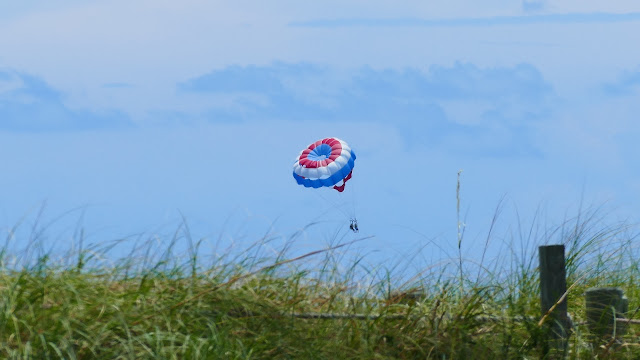 The view from across the street on the scenic Bridle Path: 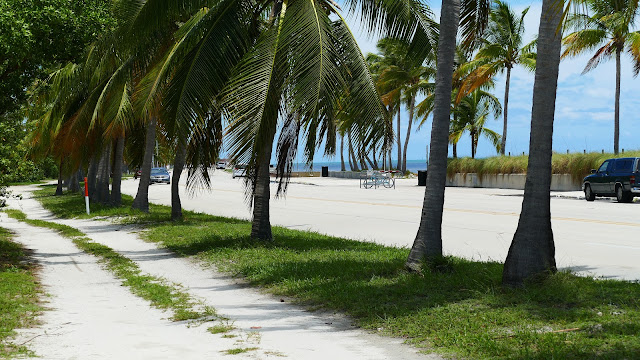