Rusty and I were limin' on the waterfront together... 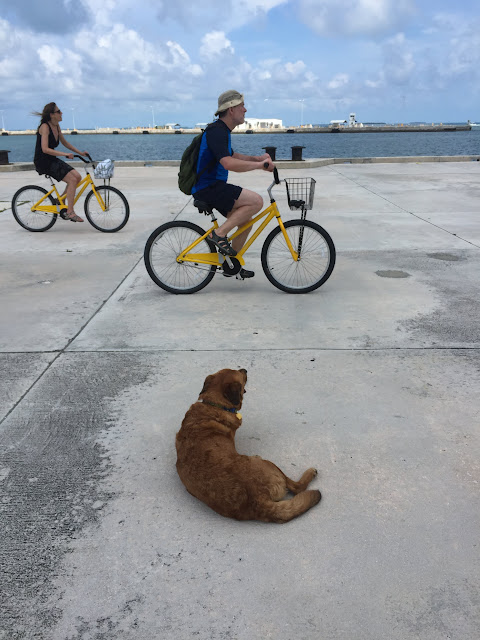 I'm not sure about this historical definition for limin' but it will do as well as anything:

1) The word is associated with sitting under a lime tree, or having nothing more demanding to do than squeezing limes. It is also thought to originate from "limey", a slang term meaning a British serviceman during World War II (noted for hanging around bars and drinking).
2) During long voyages at sea, sailors would suffer from a disease known as Scurvy which was caused from a lack of Vitamin C. British soldiers would counteract this by taking limes on board and sucking them periodically. For this, they came to be known as "limeys". During WW2 when many limeys were stationed in Trinidad and Tobago, they would seek amusement from the local prostitutes (Green-Corner, Port-of-Spain was famous for this and there is more than one calypso sung about it eg. Jean and Dinah - Sparrow). The locals would see the limeys hanging out and say that they were "liming", hence, liming became a verb which means to hang out (source: English teacher in Hillview College, Trinidad-and_Tobago early 90's). 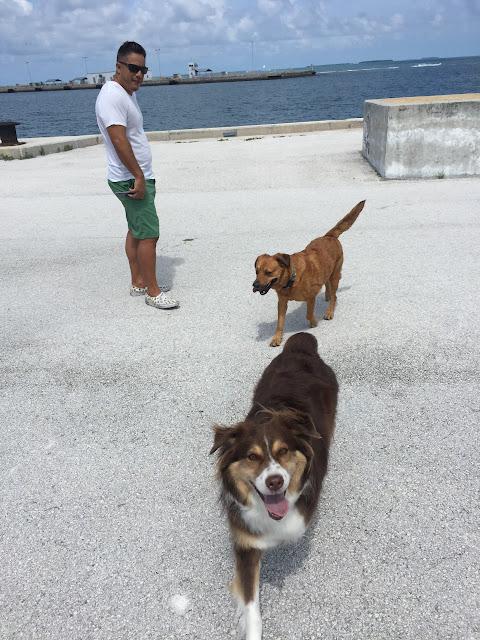 The hanging out came to an abrupt halt when this dude and his dog came into view. Rusty suddenly straightened up and started staring, a posture I have come to associate with the potential for danger, in his view, danger to the stray dog he used to be. 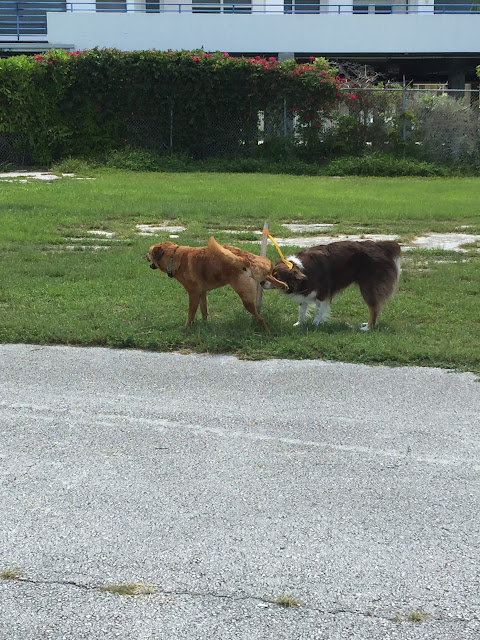 There was of course no danger for my formerly stray dog, now respectably owned and oh-so-adorable (there are lots of adorable dogs ready to be adopted and trained for real life) and he managed to do a respectable job of playing with a dog larger than himself. That's a mark of progress for a dog that four months ago was afraid of his own shadow. 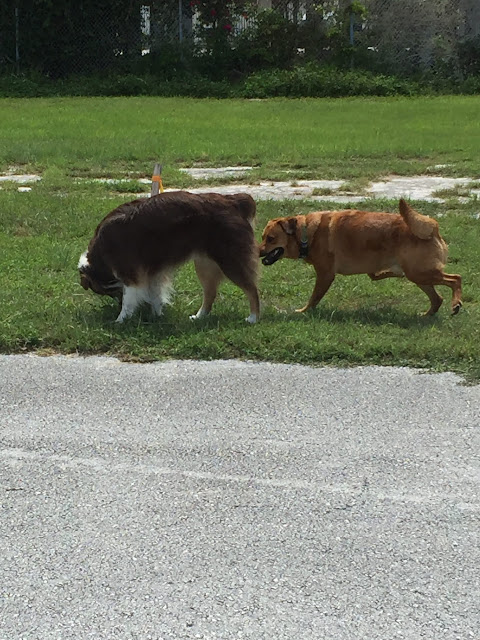 Some people have the art of limin' down to a science: 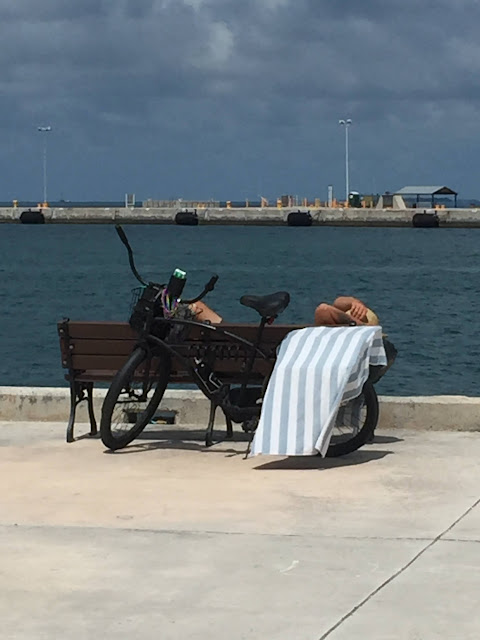 Others don't get it at all as they improve themselves through exercise and copious draughts of fresh sea air: 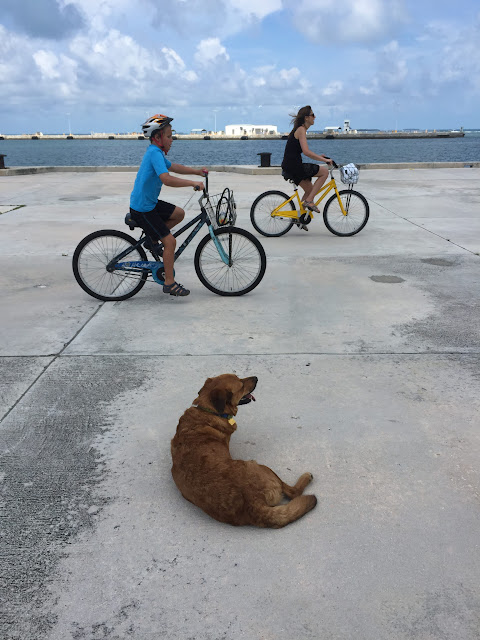 Rusty followed my cue and took to limin' like a champ: 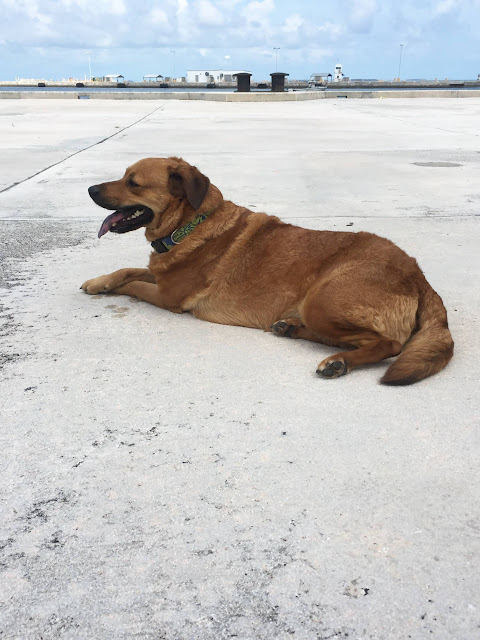