A commercial fisherman, identified by large registration numbers on his boat and the weird driving position at the front (the helm at the bow, landlubbers), cutting across Kemp Channel toward Summerland Key. 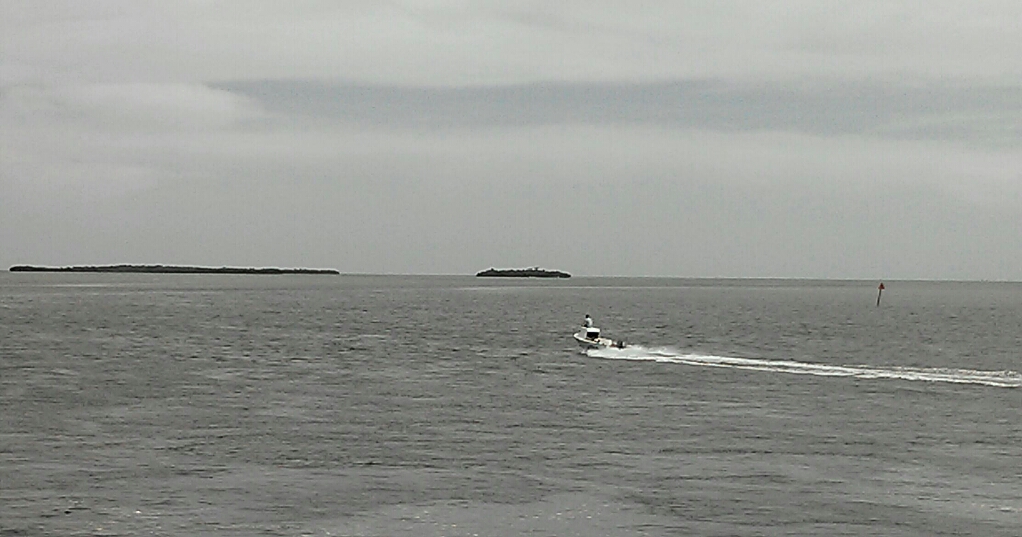 From left to right, the new, 1982, bridge with the white water pipe  bringing water from Homestead to Key West, then the 1912 Flagler Bridge with the tide rushing south under it. 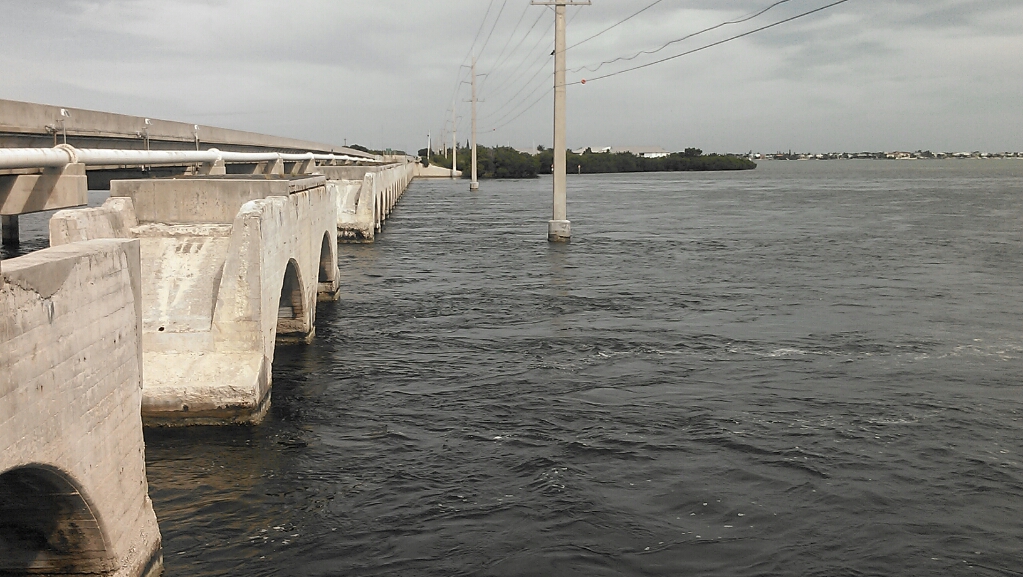 My bicycle parked at the end of the separate bike trail on Cudjoe Key. I wish they would connect the old Flagler bridges but that would cost money. Instead they cut them in half  and close the stumps. 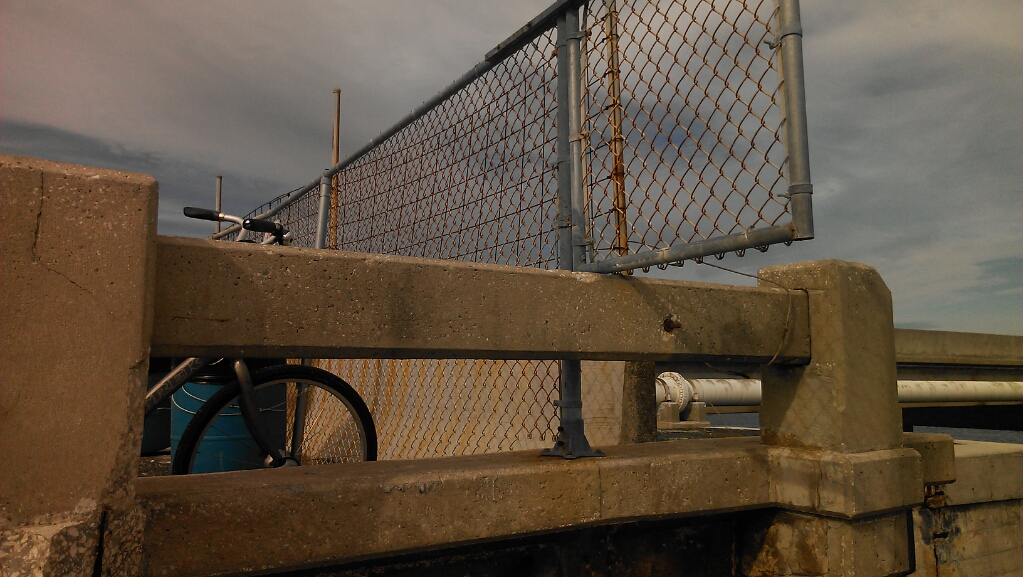 Further east I took Cheyenne to the "beach" on West Summerland Key, near Bahia Honda State Park for an afternoon airing. I am not fond of gray skies and pewter seas. I like sunshine and bright colors but either way this is a good place to cloud watch or wave watch or to read while your dog sleeps. Whatever dolt with a sense of humor put this sign here in the undergrowth on a  45 degree slope deserves recognition for a fine sense of the absurd. The only reason an enterprising RVer would consider parking in this unlikely spot would be to defy the absurd sign. 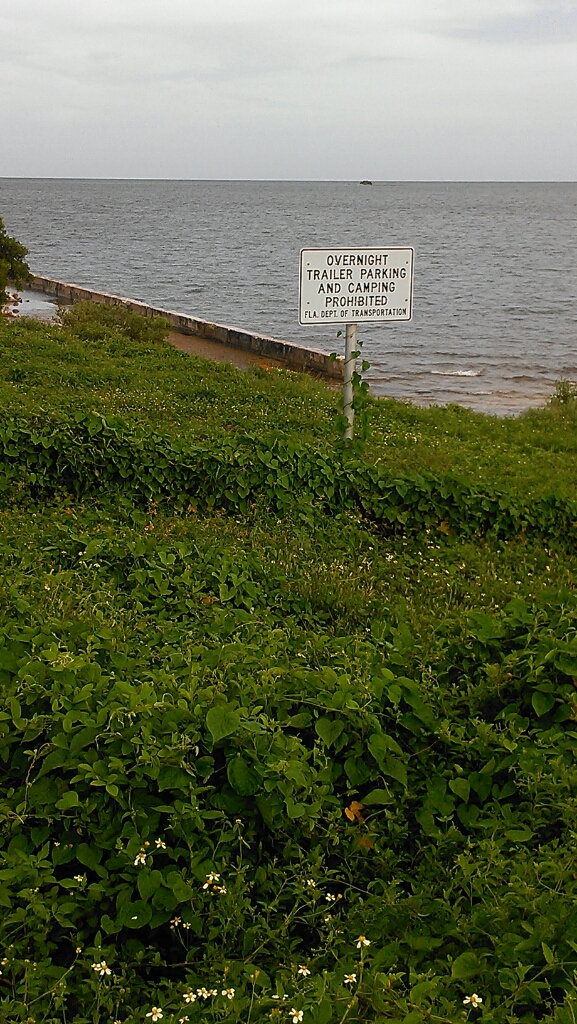 Did I say beach? The proper beach with imported sand and some dead seaweed is across the channel at the State Park, famous on Bahia Honda ("deep bay."). Here on an undeveloped parking area the beach at low tide resembles an excavated quarry. 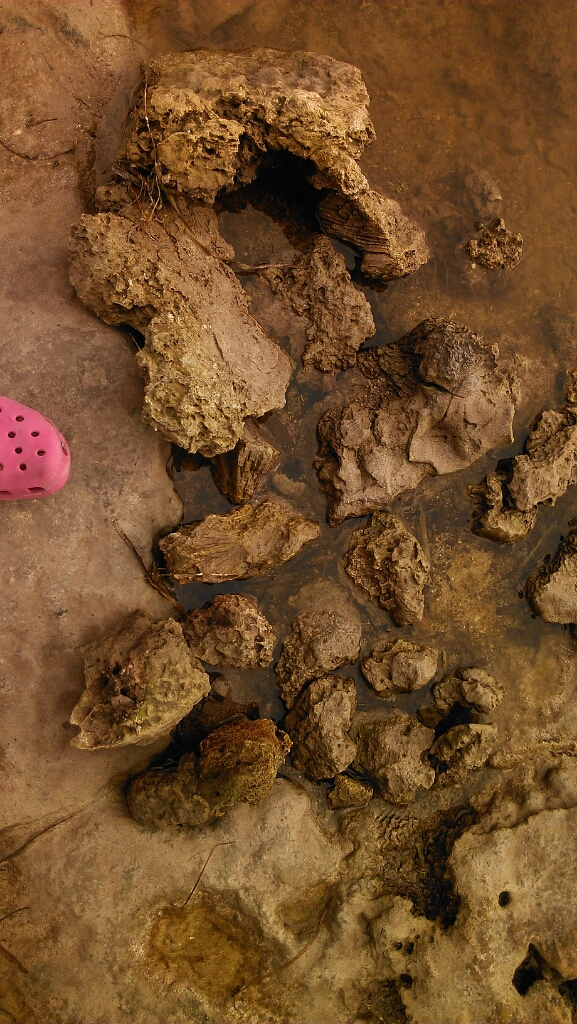 Not what tourists expect if they haven't done their homework. The Keys are built on limestone rock, once underwater, now exposed to the air corals grew in pre-history then died leaving these islands above the sea level. Mainland Florida is the sandpit. To visit the Keys for the beaches only leads to disappointment. 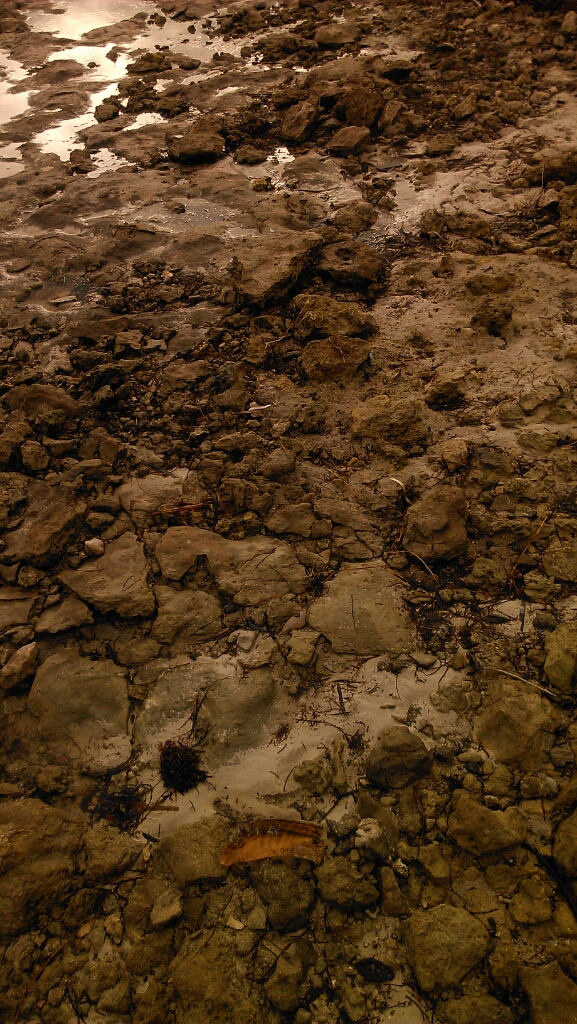 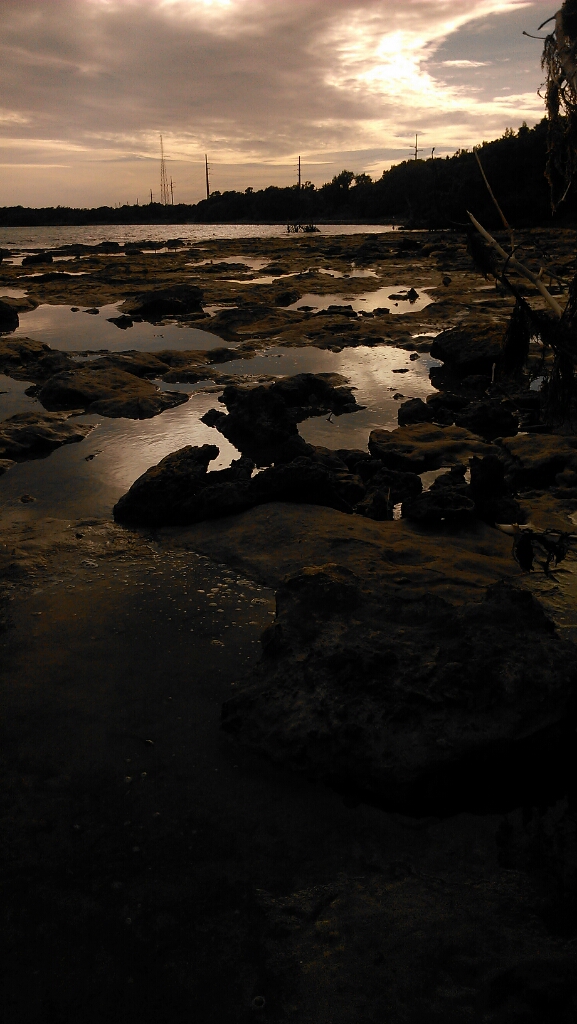 Cheyenne enjoys sitting in the grass made abundant by Biblically heavy rains this summer. 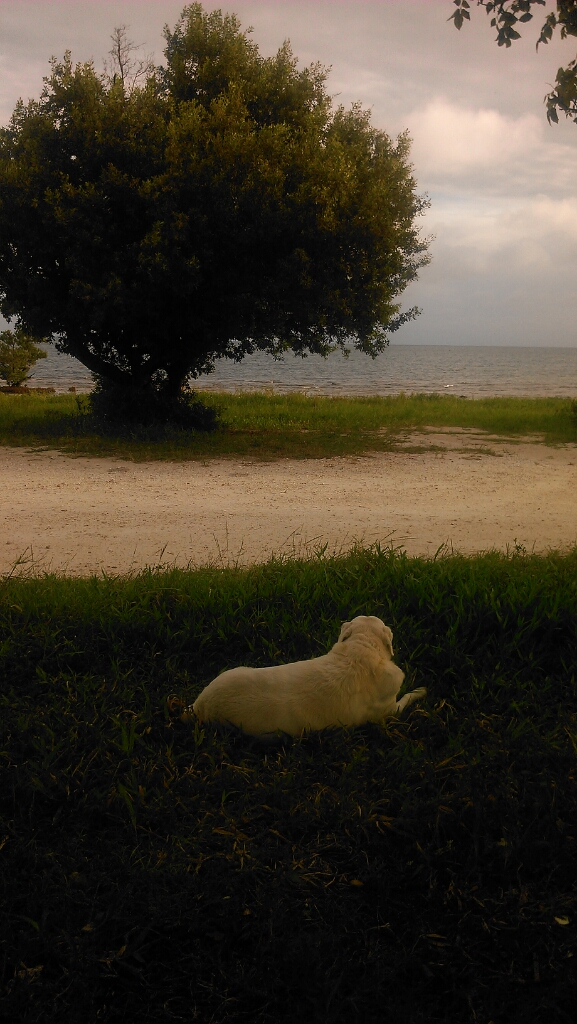 I enjoy seeing her happy on an overcast dull afternoon. Exciting lives we live in the Lower Florida Keys.
Posted by Conchscooter at 12:00 AM 1 comment: