A brisk cold front finally has broken the back of summer though of course that doesn't mean snowdrifts and permanent cold temperatures until Spring. Cold is a relative term though I was wearing a  wind breaker to take this picture near the waterfront in the strong north wind. Mine is the large shadow to the left, the other one was a woman reading her phone who turned up her nose, literally, when I sat next to her. I wanted to ask her how she did that but she didn't look friendly. 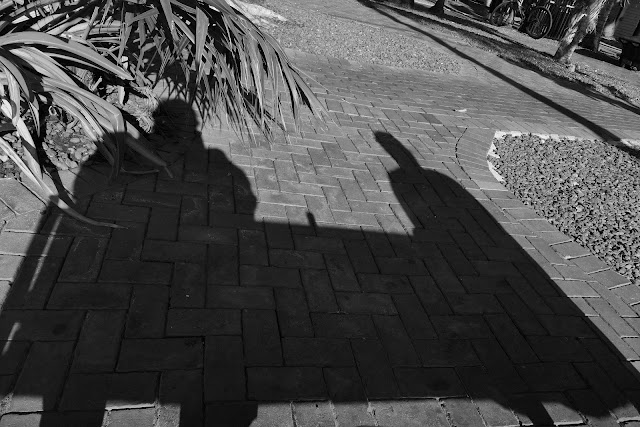 Lazy Way Lane is  an odd street in the city that starts behind Schooner Wharf Bar and for vehicles is a one way meander to Elizabeth Street opposite Kermit's Key Lime Store. 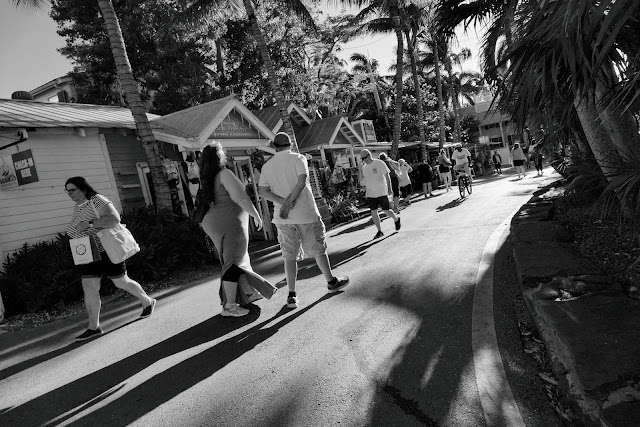 In the afternoon sun of my lunch break yesterday the shadows were long and crisp as my neighbors went about their very important business. 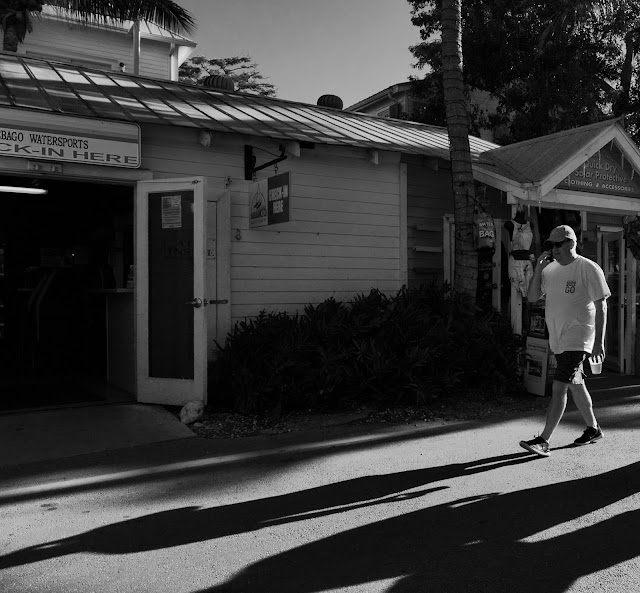 I was dodging motorized vehicles and meandering with a camera around my neck enjoying the heat out of the wind. The National Weather Service says Key West has been above 80 degrees every day since March, often far above that, so a temperature in the mid 70s with a wind chill is a change. Bye bye humidity for a few days. 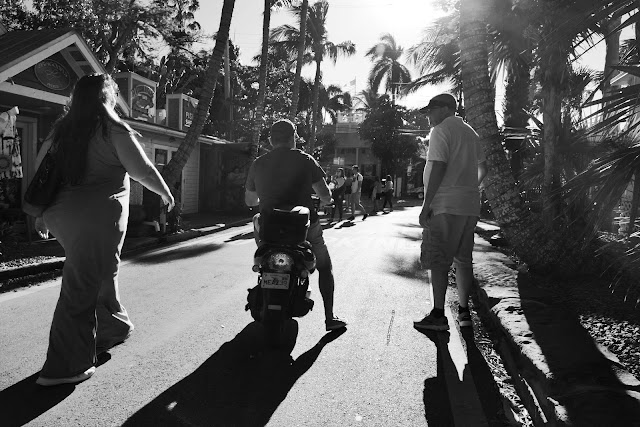 The bare arms and Capri pants belong to hardier types. If you want to look like a local in these near blizzard conditions you need to cover up and take precautions. 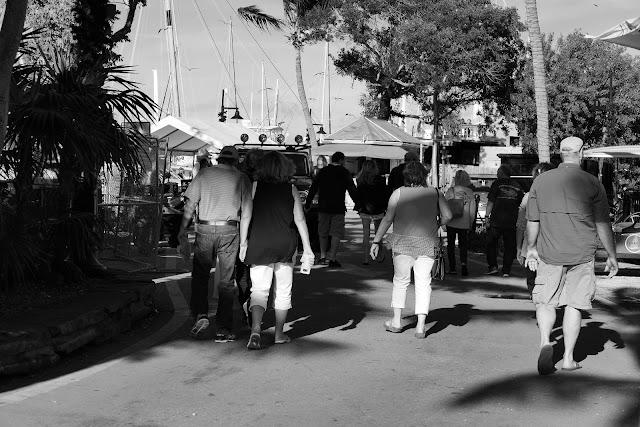 These two have the right idea: 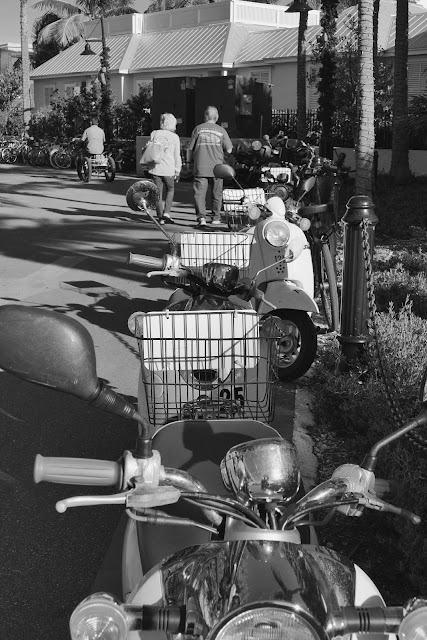 This guy reminded me of an old Key West joke, the city where dressing up never happens unless it's a tutu or an outrageous costume. "What do you call the guy in the suit?" Answer: "Defendant." Ba da bing. The two guys talking in the background are dressed in Key West "suits." Notice their covered up arms...and they probably don't own long pants or else they would have been pulled out of some musty locker and pressed into service. 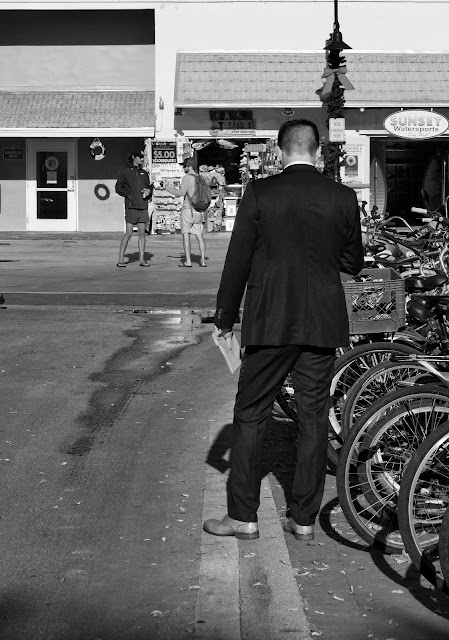 I switched to color photography to illustrate tropical death in this picture. Frozen vegetation: 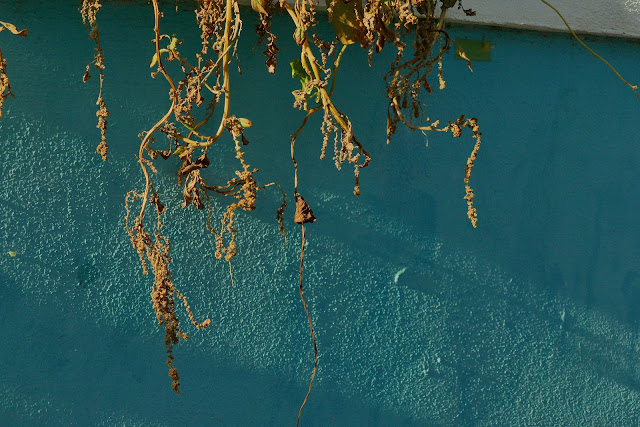 And this avid photographer was using a real camera checking the status of a chicken hunkering in the gravel out of the wind. The translucent dress tells the focused observer she is probably a visitor. Also I am the only local who photographs wild chickens from time to time. 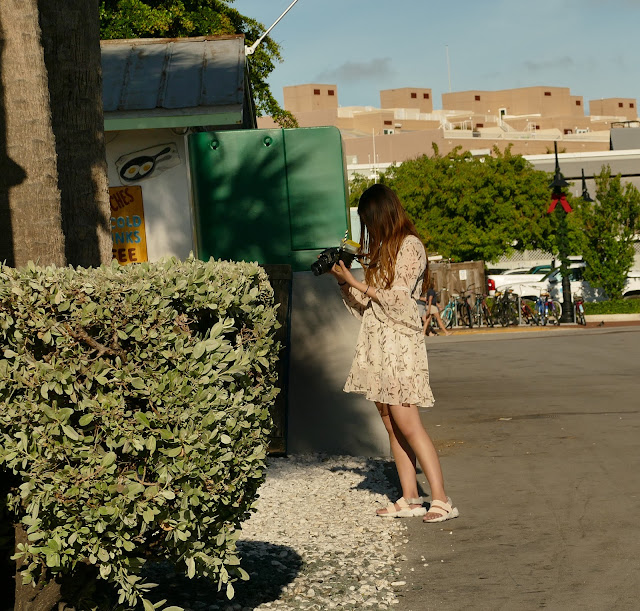 A crowd of people hunkering here buying heat to stimulate their extremities back to life with powerful Cuban coffee. 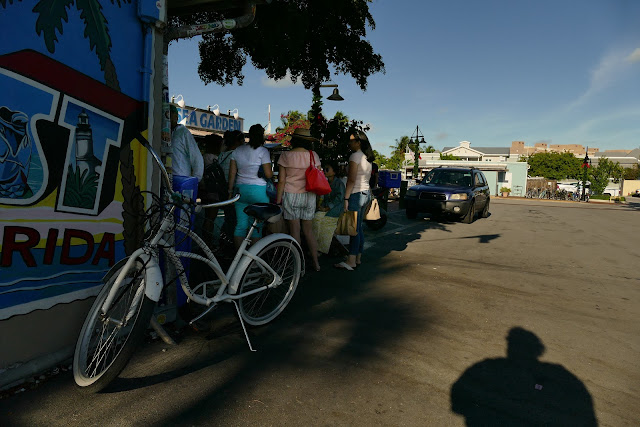 And as the sun got closer to the horizon (it gets properly dark around here near six pm) I retreated to my job and my 911 calls and the benefits of an air conditioned office. 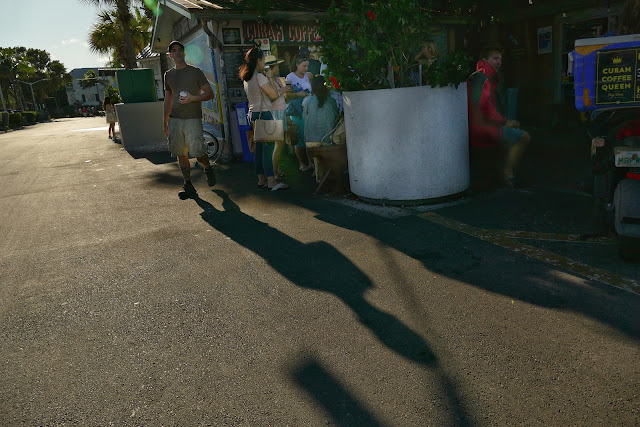 Well, air conditioning is very beneficial in the height of summer  which amounts to 8 or more months of the year.
Posted by Conchscooter at 12:00 AM 1 comment: