Perhaps by the time I get back from vacation the old fire station, as crumbling and picturesque as it may be, will have been replaced. The new fire station has been in the throes of construction for a while and is still only an empty cement shell behind this inadequate building. 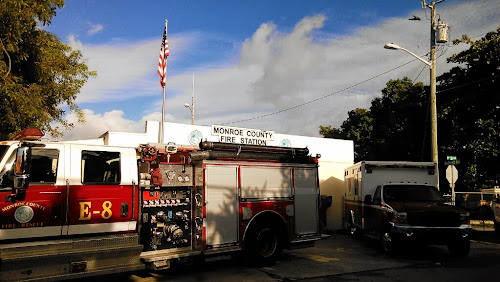 Stock Island has been threatened with major revamping for along time. Before the economic crash of 2008 developers were trying to up the whole island a d the future of its numerous low income housing solutions was in limbo. Small businesses and light industry have flocked to Stock Island so they can be close to Key West, the city with the greatest demand, but at the same time pay less rent or smaller mortgages. 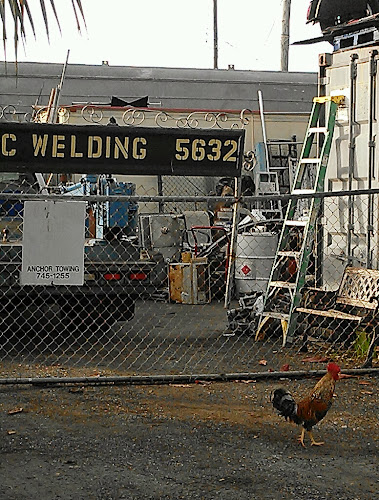 There is land to spare on Stock Island and all you need to get to a job in Old Town Key West, five miles away, is a scooter and fifteen minutes of your time, depending on traffic conditions.

Before the Crash housing on Stock Island had its own boom and modest houses set in the avenues, a dozen streets devoted to housing, could set you back more than six hundred thousand for a really nice home. This at a time when a cottage in tourist Key West needed a million to buy. Here as elsewhere the banks have kicked out the bankrupt owners and perfectly good housing is left to rot. 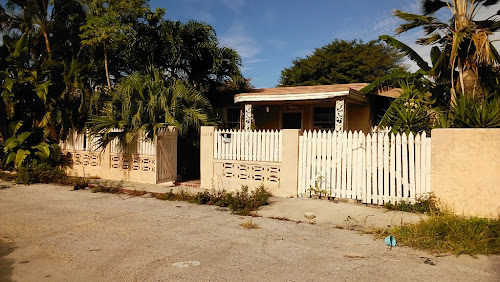 Villa Patricia they call this collection of 1960s style units. I doubt you could rent one and get change out of a grand, and they look nicely kept. 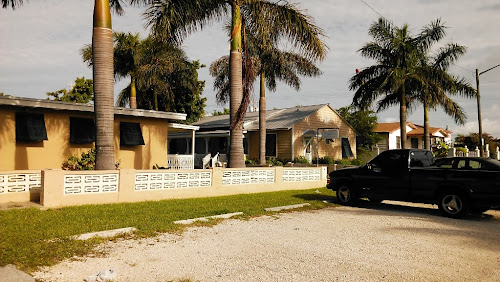 For Cheyenne abandoned flower beds are treasure troves of abandoned food, and they make her happy. 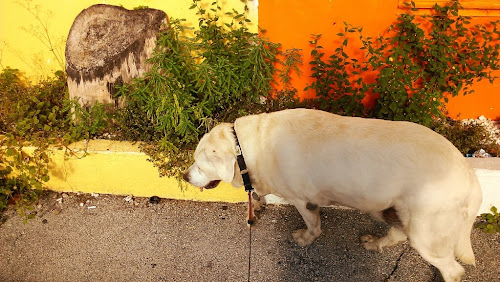 She also foundation bag of home made tamales, wrapped in leaves and tied with string. I would have fought her for them has they not been marinating in a ditch. I can only imagine some drunk spent their hangover wondering there they put their lunch and dinner on their way home. Cheyenne found more than she could eat. 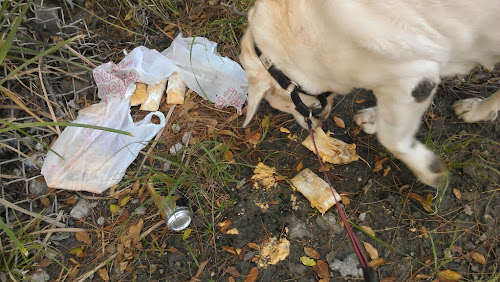 I was admiring the long range planning going into this hull of a formerly glorious cabin cruiser when finally I too noticed the fearful cat. Cheyenne looked up once and move on. 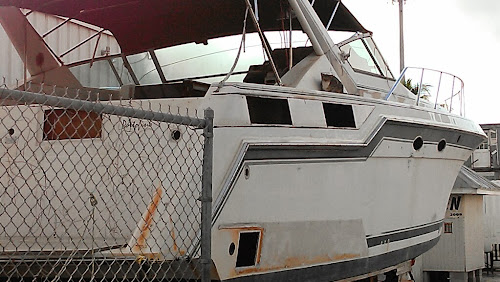 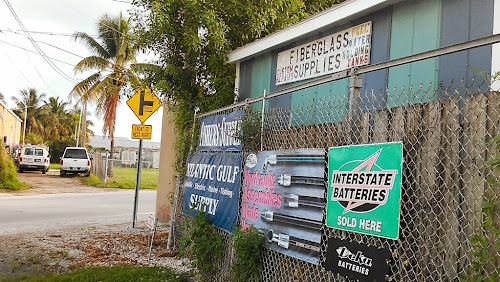 This collection of apartments seems like it should have passed its sell by date, but I do believe people live here. 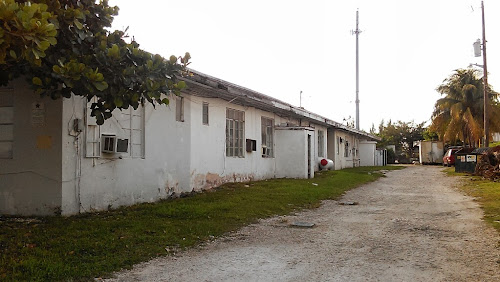 It's not Old Town by any means but Key West wouldn't function without it. you can check it out as you zip in to the waterside Hogfish Restaurant in Safe Harbor. 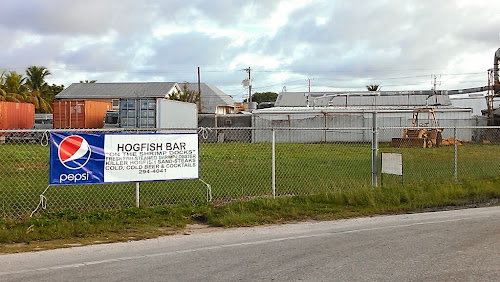 These are the places where Cubans and Haitians make their homes so they'd an commute to all those jobs that make the tourist industry in Key West work, it's the unglamourous side of Paradise. 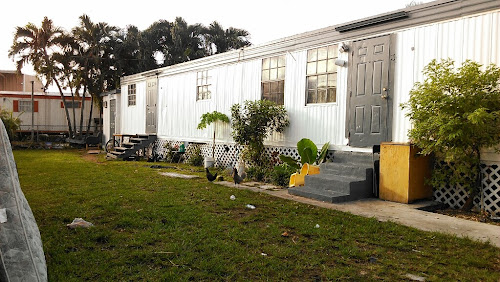 There's an earthy authenticity to Stock Island and when I'm walking here in the land of chained dogs and security fences and dusty weed strewn lots I think of Hemingway's descriptions of early 20th century Key West in To Have And To Have Not. 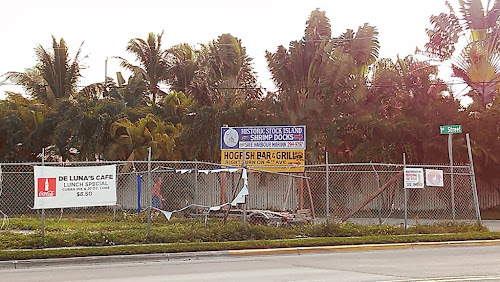 I don't feel at home here but I am glad it is still available to those hardy souls who can live here and wash your bed sheets for you and send some money home to keep the family in food. My hat's off to them.