I was leaving Key West at the start of a cold front yesterday and the sky was a mass of uncertain cloud, strands of cotton wool barely hiding the blue sky. Suddenly the air felt cold and I thought how perfect for a dog freed from air conditioning. 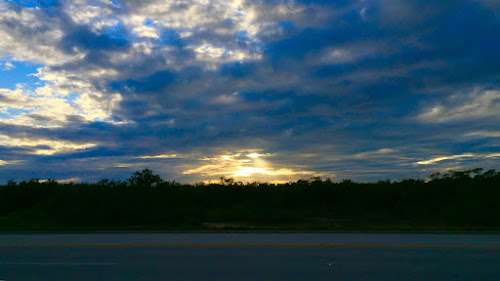 This section of South Roosevelt Boulevard is still persistently known as houseboat row even though the houseboats were forcibly removed a dozen or more years ago. What happened was the empty land to the west was crying out to covered in expensive condos but the developer felt no one would pay one point eight million dollars for a rabbit hutch with a view of freeloaders messing about in boats across the road. 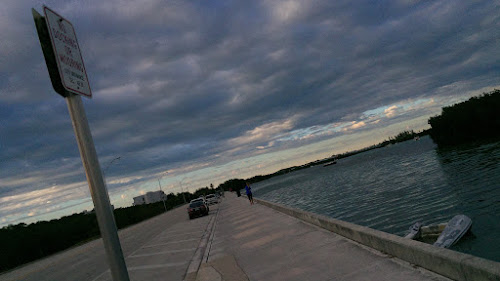 I never wanted to live at houseboat row, a messy cheerful place, an impromptu marina and community where people lived cheek by jowl in public view. I suppose the kindly developer, praised in the paper yesterday for funding an African American monument, just moved the process along but still...I cannot conceive such an impromptu community could exist in the Southernmost City in the 21st century. I was sad though when I watched the "boats" being barged to Garrison Bight to start a new life as respectable liveaboards. Being sad changes nothing and money does. But we still call it houseboat row. 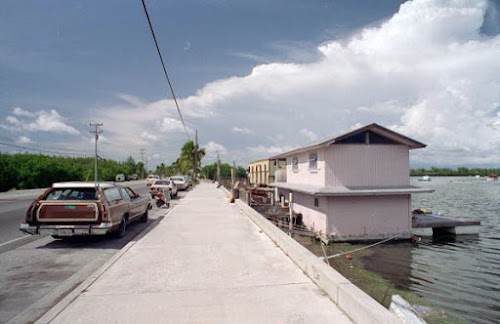 There are still quite a few boats anchored in Cow Key Channel between Key West and Stock Island. I don't doubt someone will make it their business to clear out "hazards to navigation" even as the State Legislature works to outlaw residential anchoring. Living for free still bothers the good burghers in their McMansions. And Key West as you can see is no exception. 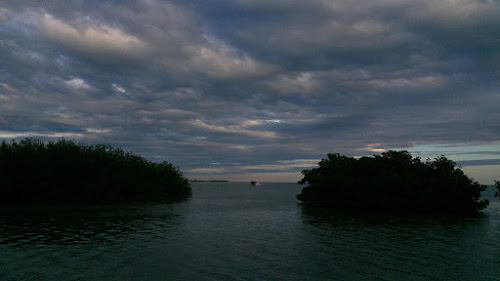 A half sunk dinghy is no recommendation for the alternative lifestyle but cleaning up after yourself does not occur to those living on the margins as a way to continue undisturbed. 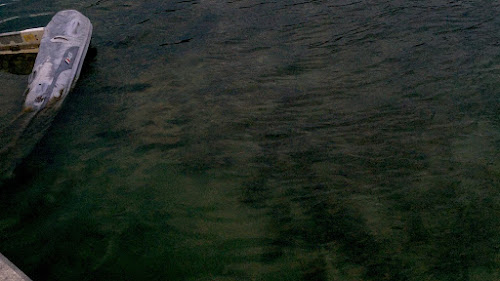 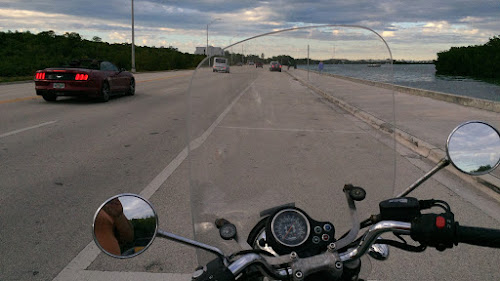