I took Rusty for a walk one evening when I was off work and I timed it just right. 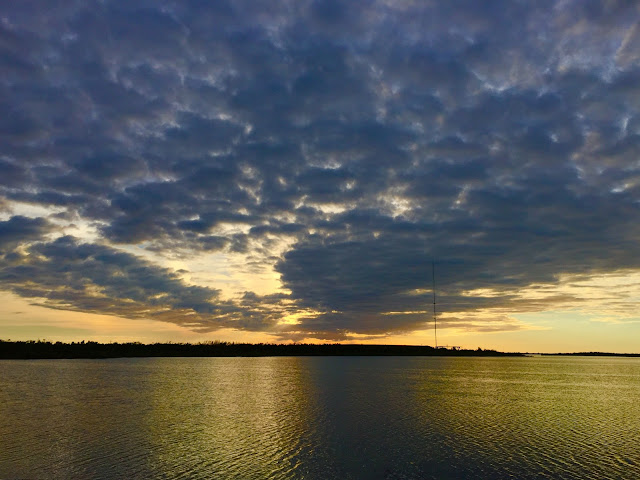 The sun sets shortly after 5:30 these days so close to the Solstice on December 21st.
So by six o'clock its pretty much dark. 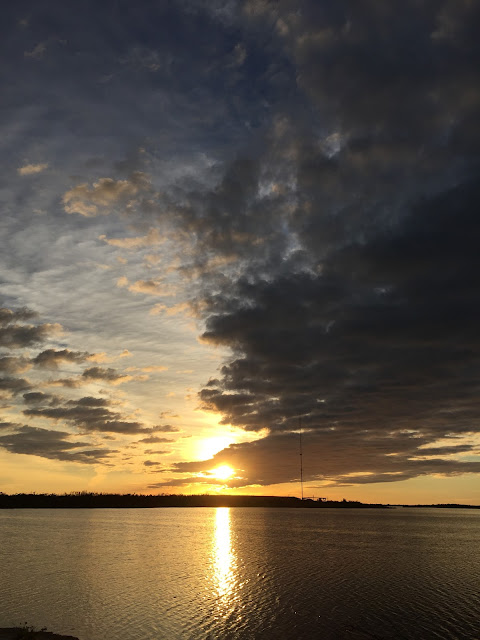 I took the photo below at 5:36pm and stuffed Rusty in the car. By nine o'clock I was yawning such is the effect of winter and age and darkness. 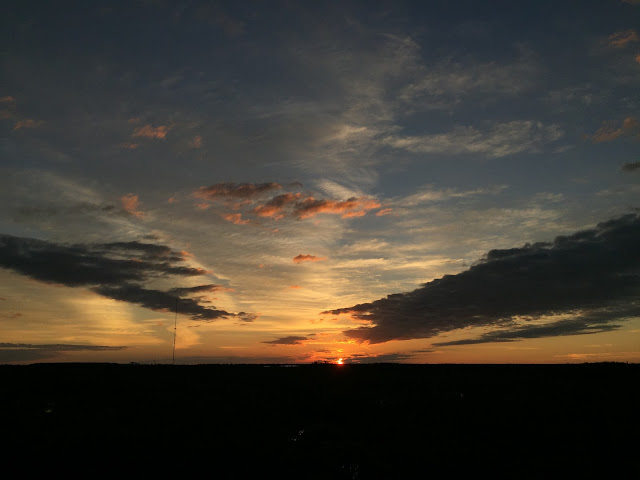 And when I got home a few minutes later I was in time to see the horizon, just barely flaming through the Irma shattered trees next to my house. This view only came open after the category  four hurricane last September. 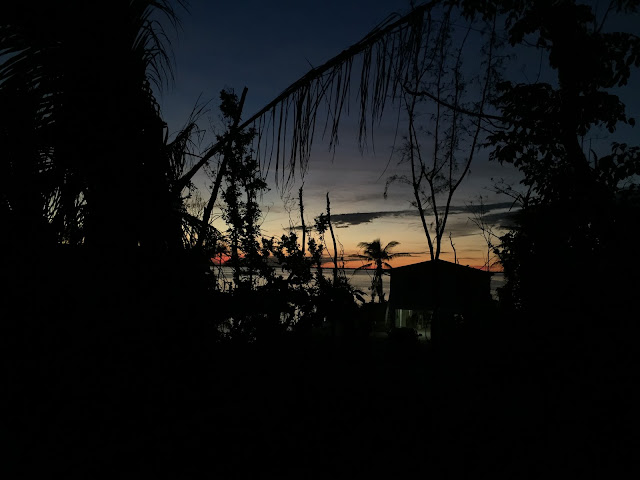