The cool breezes and bright sunshine have been hard to resist so, like Oscar Wilde points out, I did what temptation demands: I gave in and went out to enjoy the weather. There is much in the news lately about the cost of living in the Keys which reminds me when I visit other towns parking is not that big deal that it is here. Parking drives people mad. 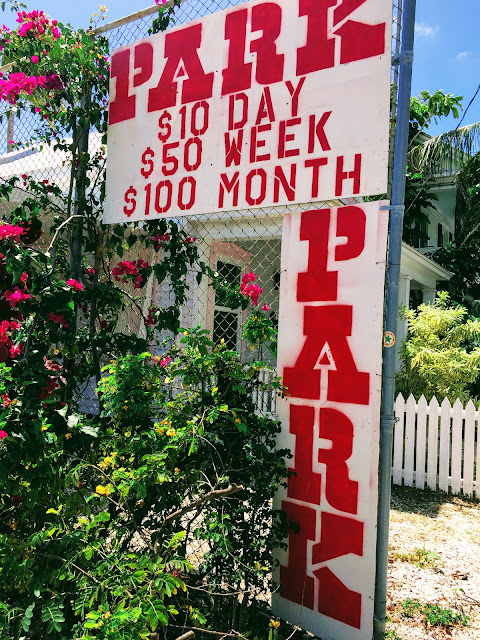 People go ballistic in Key West over parking issues. They get mad when the spaces in front of their home are taken. People call parking violations, typically rental cars in residential spots even in the darkest hours of the night. The odd thing is parking spaces on streets don't belong to the houses next to them, anyone can park in them depending on specific restrictions. To use residential spots these days you need a sticker, free to people who live in the city. But the space itself is open to anyone qualified. 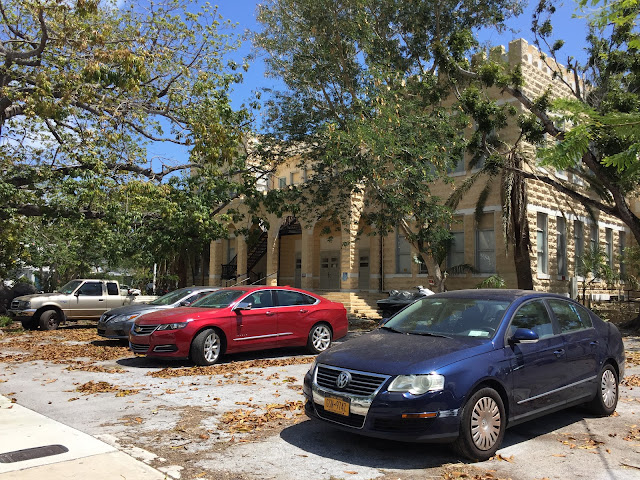 The parking issue came o the forefront of my mind when Rusty and I walked past the Old Harris School, a city landmark in disrepair on Southard Street. To see the old school grounds being used for something as banal as parking seems a crime to me. But there is demand apparently. All sorts of interesting plans for the school have fallen through, so instead of an artists' colony or something public spirited we get a parking lot and a for sale price I believe in the region of 17 million dollars. 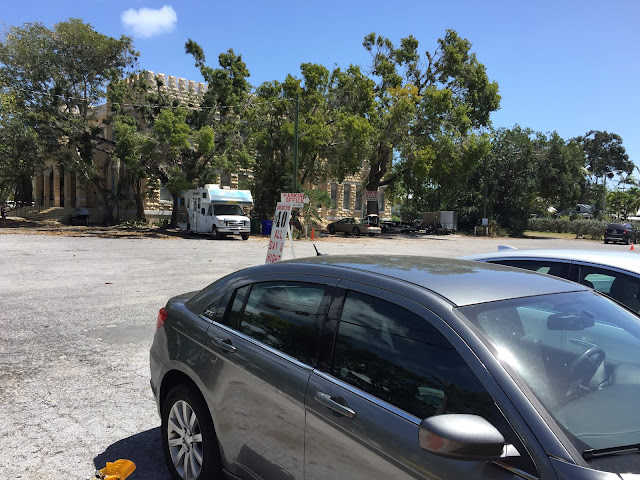 Parking signs disfigure Key West all over the place. And no, you aren't supposed to lock bicycles to city signs either. 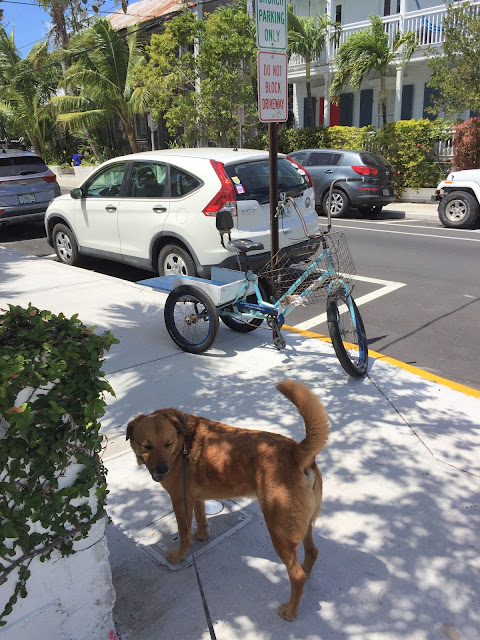 The much photographed building at :Love Lane on Southard. I knew one of the occupants there who used to write blogs in rhyming prose not generally uncritical of the way things operate in paradise. I suppose the years are piling on, on The Old Man.  I hope he still enjoys Miller beer, cigarettes and classical music from Havana. 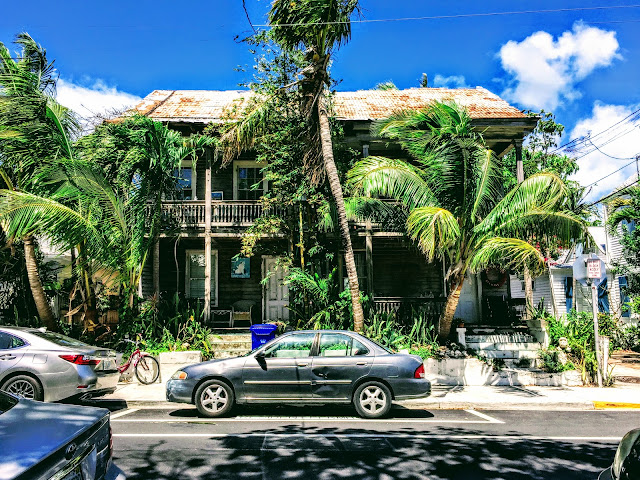 To see someone sitting in the gutter is to assume they are drunk. In this case apparently not, just pausing to scan an electronic screen. Rusty is getting quite good at sensing whether or not people want to fuss with him. When tey on't he leaves them alone. When I first got him two years ago he was very forward which I have read is a characteristic of adopted dogs. He is enjoying life a lot more than I think he ever has. 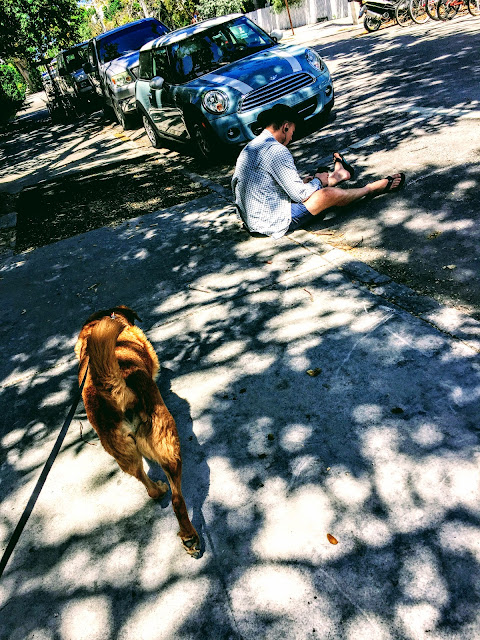 I don't think this street scene will have changed much in fifty years. Perhaps a hundred. More greenery now that there is plenty of fresh water in Key West but the general shape and form of the street is probably unchanged. 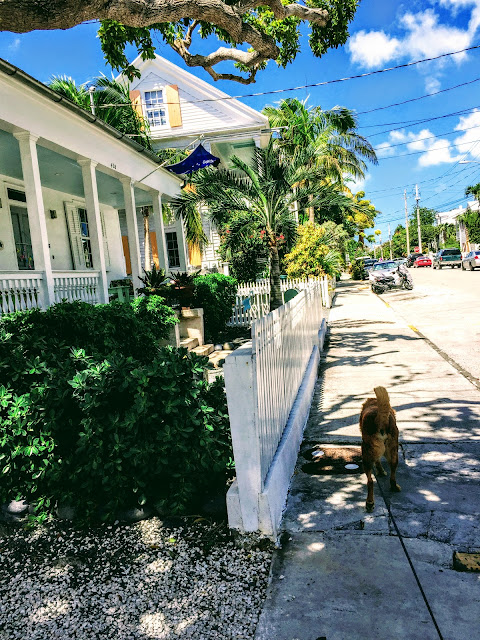 Southard was named for a Secretary of the Navy and is pronounced "Suth-ard" not "South hard" just in case you were wondering. Worth a wander.


President James Monroe selected Senator Samuel Southard to be Secretary of the Navy in September 1823, and he remained in office under President John Quincy Adams. During these years, he also served briefly as ad interim Secretary of the Treasury (1825) and Secretary of War (1828).